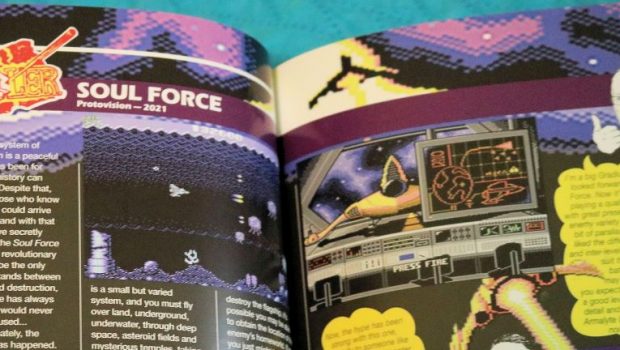 Summary: If you ejoyed last year's annual then this is a good opportunity to follow up on 12 months of the scene. They are making more for other platforms so there will be more crossover in the future.

As good as before

I had enjoyed the annual in 2021 and for the next year ended up getting the special deal from the Kickstarter where you got the CRASH and FUSION annuals in the one deal plus a bonus mini one for Japan and a trial one split for the Amiga/Amstrad. I am expecting the next one they will offer the Amiga and Amstrad ones in the special deal.

I had finished the other annuals fairly quickly but I didn’t want to rush through this one so I took my time with it, not that I forgot to read it I just wanted to savour this one as the next one will not be arriving for another year.

Contrary to what they say in the annual they do get on well with the Spectrum retro scene and the other ones these days and they do complement each other in a way.

Our family never had a C64 we went straight from an Atari 2600 for about 9 years to my brother getting a Master System, me getting a Megadrive and then only getting a PC when I started uni and needed it for the course. I was always on other people’s machines when I was over and would always end up either with a headache from the blue or going over there on a 40 degree day when my family went to the beach.

This one has a mixture of feature articles, reviews of new games over the past 12 months, retro reviews, music, art and stories about producing the original magazine and the transition over to the new one as it eventually merged with another magazine.

Despite what most people think about the C64 mostly being popular in the 1990s I remember buying a compilation of games for a friend in the early 1990s for their birthday and there were still new games being released for when the Megadrive/Genesis and SNES came out.

There is enough variety in this magazine that you will not get bored with it and you can just pick it up and put it down and read it over however long you want to read it without feeling the need to rush through it.

A highly recommended annual and worth checking out if you are interested in retro gaming and the C64 in particular. 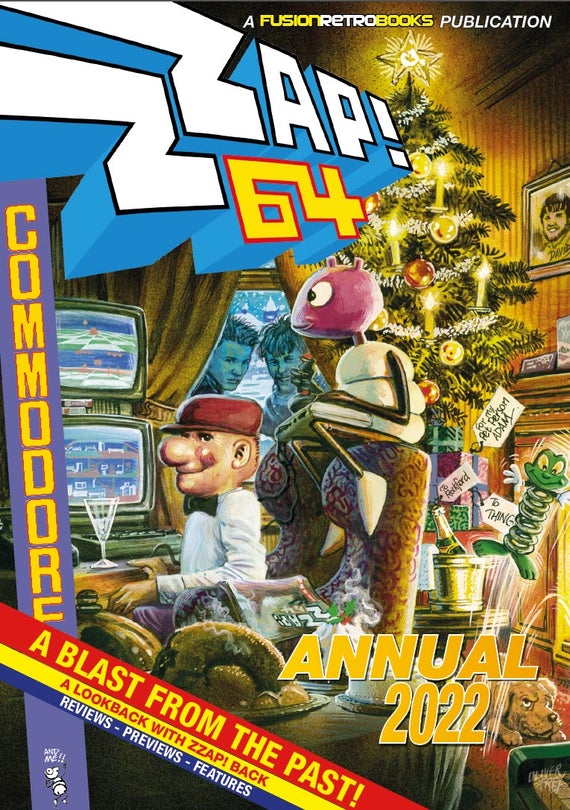 Was LCP the first AI?

The Time I Visited…

The Games of Cosmos

A Quix Up the Arse

Games That Weren’t…But Now Are