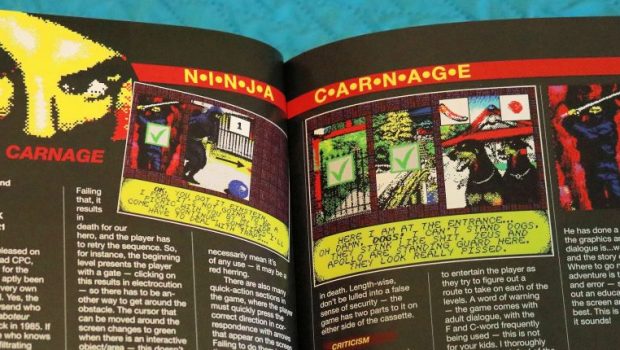 Summary: A great catch-up for the ZX Spectrum scene over the past 12 months if you have not been following the bi-monthly issues via the patreon. Worth a look if you are into retro as it is.

I enjoyed the last year’s CRASH annual so much that I ended up going in the Kickstarter pre-order that this year had CRASH/ZZAP and FUSION in it if you got the early adopter’s perk.  The annual has gone A5 this year in keeping with the regular Patreon editions that I passed on since postage to Australia takes so long it would not be worth getting it twice a month. The A4 version was available but it is merely the A5 version blown up and would have doubled the cost of my order.

From what I hear the annual is now also in the UK shops which is great since there used to be a lot of them in the 1980s and 1990s. For this issue there are 90 pages of the best of the Patreon issues during the year and 30 pages especially for the annual.

There is a great variety of different things in this issue related to the ZX Spectrum and also the Next in the form of new games, old games and features. Even though it is an 8bit system, it does still have an active scene and people who are developing new games and software for it.

The ZX Spectrum always seemed very English even more than the Commodore 64 that it had somewhat of a rivalry for back in the day. A lot of the collectors these days were kids in the 1980s and early 1990s who could never afford to get all the games or were missing parts of their collections so there is a lot of nostalgia caught up in the scene.

I did enjoy the behind the scenes parts of the issue with the tid-bit dropped that ads for the magazine were put in London gay scene magazines in the early 1980s, at least a few decades before the “pink dollar” was invented.

Also pleasing to see was the part about the Portuguese ZX Spectrum scene as previously the magazine did seem very Anglo and UK-centric. The Blast Annual also had a lot more stuff from Europe in it if you are interested in the wider scene.

It is a good magazine to pick up and put down so you can read it at your leisure and not have to rush through it. I ended up reading it about 10 pages a day while I was doing training at a new job as I had an hour for lunch and not much to do (the Werribee line is too bumpy to read on).

If you have an interest in retro gaming and the 8bit scene then I would recommend this annual as a great sampler of what went on in the scene in the past 12 months. The publisher is now doing more magazines and also has the FUSION magazine that is more general retro gaming and collecting.

Cover Crackers – Feature on the covers of Spectrum games from 1982

CRASH Back Review – A game released after CRASH finished its run 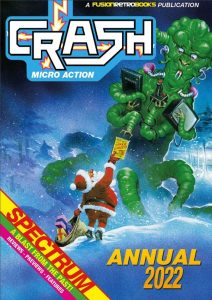