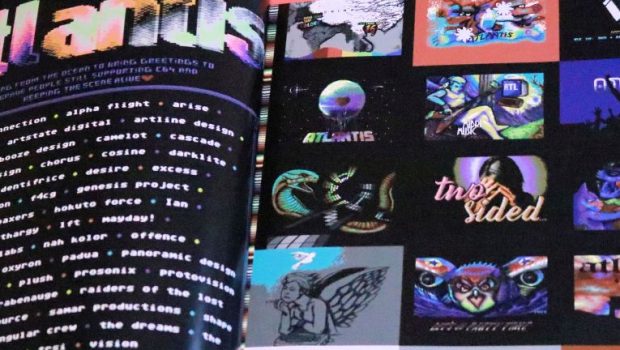 Summary: Has a lot of stuff in it for an ethusiast publication, just needs a bit of a polish next time and maybe mix up the sections to make it more interesting to read.

I had enjoyed reading the 2021 CRASH and ZZAP!64 annuals and heard about this one when it came up as a sponsor on RRR FM in Melbourne. Strange that I had not heard about it before even though I follow a few retro accounts online and the people I asked about it in that scene had not heard about it either. Retro gaming does seem to have strange cliques depending on the country it seems.

From what I could find out about Blast Retro Annual group on Facebook they are a collection of a lot of different retro gaming groups from all over the world. This would explain the different areas of gaming that are not covered elsewhere like the MSX and CPC Amstrad.

There was a Kickstarter for a previous edition but it did not seem to have reached its goal. That this one actually made it to print tells me it must have had a lot more support.

Unlike the big UK gaming magazines that have come back as annuals they do not really have a brand name that they have registered and a lot of different contributors to manage within the annual. The games covered are from 2019 and show that there is still a thriving community creating new games for these machines as with the Spectrum and Commodore 64 in the other annuals.

I used to be able and sit and read an entire magazine all the way through in a couple of hours back in the day, but with this one I had to put it down and come back to it as I went along. Not sure being called an annual means you take a year to read it but it took a lot longer than it would have wanted.

There is a disclaimer at the front of the book that they wanted to review as many new games as possible and they were all the reviewer’s own words. I would have liked things to be mixed up a bit more to make it interesting to read but all the features are at the front of the magazine, with each system having its own review section and the interviews at the back.

I ran out of steam reading through the developer contests in particular as it was a lot of the same content. Once I got through this I was happy to read even the reviews for systems I was not as familiar with such as the MSX and Amstrad CPC as they are not really covered anywhere else.

Some of the reviews did seem a bit extravagant, but where else would you see Atari 2600 game getting a two page spread in 2021? I don’t recall them getting that much space even back when they first came out. I can say the Atari was the system I played the most growing up as we got the first games for it in 1981 and the last game in 1990.

There are things in the magazine such as the meetups and demo scene party reports that you would not really see anywhere else but online so it was great to see them written about here. I don’t even know where they managed to plug in the Commodore 64s on the camping trip one.

The tutorial sections are interesting but more for the enthusiast as there is a lot of crossover with the maker community in the retro scene these days as a lot of the components are getting harder to find leading to people making things themselves.

The stuff about the Amstrad being popular in France was good as I had not heard much about the development on it at all as lot of the retro scene seems to be divided into US and UK camps. I did know about the demos and music in Europe and have met people like GOTO80 and Raquel Meyers in the past.

I would recommend this one if you are a retro fan and want to see areas covered that do not get as much love in other publications or the bigger retro magazines and groups. Well worth your time to have a look for and it is good value since it took me a while to read and there was a lot in it. I would have liked some of the sections to be a bit more tightly edited but that it is my own preference. Thanks to George for sorting out the list of who did what after I compiled it from the book.

ROB WANENCHAK and ROBERT MENES helped with use of their images.

Association of friends of MSX (AAMSX)

a Toni was very helpful with this article