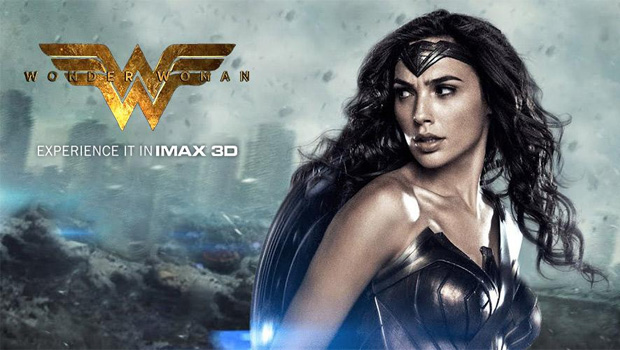 Summary: Wonder Woman 3D should be the template of all future superhero films from Warner Bros. as it brings humanity back into the picture!

The new Wonder Woman film starring Gal Gadot, Chris Pine and directed by Patty Jenkins is finally here and as a fan of the characters from DC Comics, I was a little apprehensive. After Batman vs Superman and Suicide Squad, I was still hopeful that Wonder Woman would be the Holy Grail of Warner Bros and after watching the film, I can safely say that they have finally succeeded in not only doing justice to this character but creating a very entertaining and emotional film which celebrates Wonder Woman. With that said, this review is from a fan’s point of view but even so, director Patty Jenkins still made a thoroughly enjoyable, clever and impressive film that can be enjoyed by both fans and newcomers to the diverse mythology of Wonder Woman. 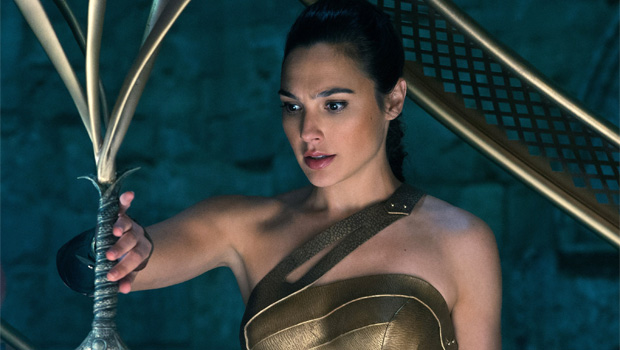 The story of Wonder Woman begins in modern-day Paris where Diana Prince, aka Wonder Woman (Gal Gadot) receives a photo from Bruce Wayne. This photo which was seen in Batman vs Superman serves as a catalyst for the story and was taken during World War I which shows Diana and a group of covert military operatives in war torn Europe. As Diana reminisces, we are taken back in time to Themyscira, a lost island of Amazons where we are introduced to a young Diana who was ‘created’ by her mother, Queen Hippolyta (Connie Nielsen) with clay and brought to life by the God Zeus. The viewer is also introduced to the mythology of the Amazons through some very clever CGI to help a painting come to life and why these women were created by Zeus. 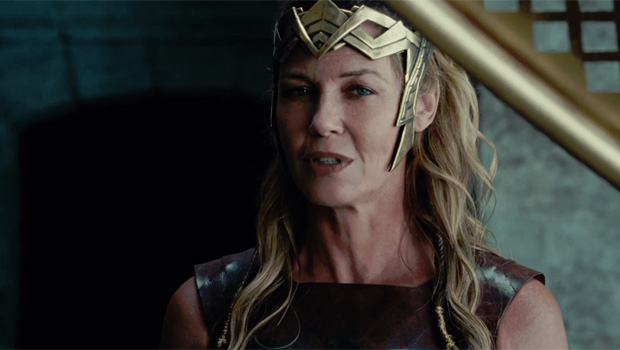 Although her mother tries to shield her daughter from the warrior-like Amazons, her aunt Antiope (Robin Wright) secretly trains her much to Hippolyta’s disdain. As an adult, Diana finally bests Antiope as her godlike powers are unleashed for the first time which causes a shock wave to ripple through the other Amazons who are training. Shocked by what she can do, Diana seeks solitude near a cliff, only to witness a plane crash into the ocean. As Diana saves the pilot, an invading force of Germans land on Themyscira who are quickly dispatched by the Amazons but at a great cost. 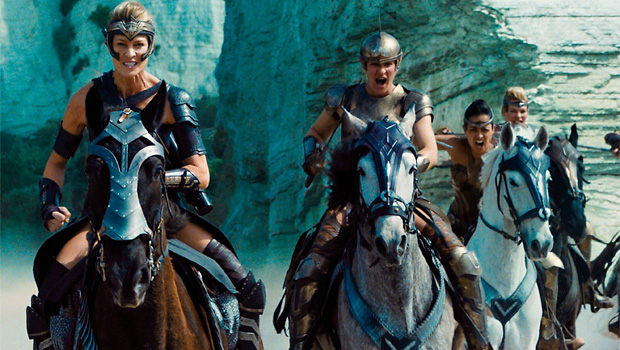 It is here where we are introduced to the pilot who crashed, Steve Trevor (Chris Pine), a spy who has stolen a coded notebook from the villainous Dr. Maru (Elena Anaya) who is attempting to create a poison for her equally vile commander, General Lundendorff (Danny Huston). Both actors play the villains well, although their parts are slightly relegated to the background of the story. Under the auspice of the Lasso of Truth that binds Steve, the Amazons discover that there is a war ravaging around them and Diana takes it upon herself to steal the items needed to help defeat the mythical God of War Ares whom they believe is responsible. 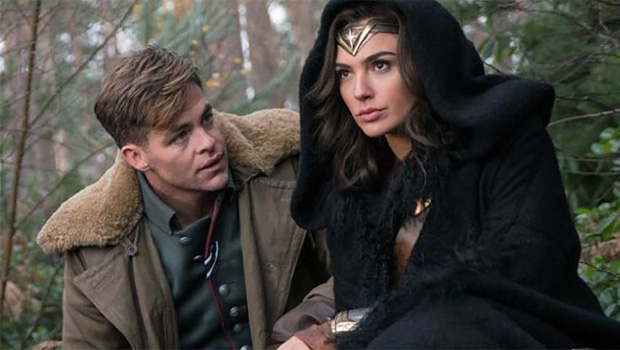 So as Diana and Steve leave Themyscira, they arrive in London with the codex from Dr Maru, only to be turned down by the spy’s superiors due to the possibility of a peace treaty with the Germans. Sir Patrick (David Thewlis), a statesman who is involved in the war gives Diana and Steve his blessings (secretly) in order to stop the plans of Ludendorff and Dr Maru. Steve puts together a team of a liar, murder and smuggler with Sameer (Saïd Taghmaoui), Charlie (Ewen Bremner) and The Chief (Eugene Brave Rock) in order to help get Diana to the frontline to ‘kill’ Ares while the rest of them attempt to stop Lundendorff from unleashing the deadly hydrogen poison created by Dr Maru. When these three characters join Diana and Steven, they really inject some additional fun into the plot and more importantly, they are all likeable characters. 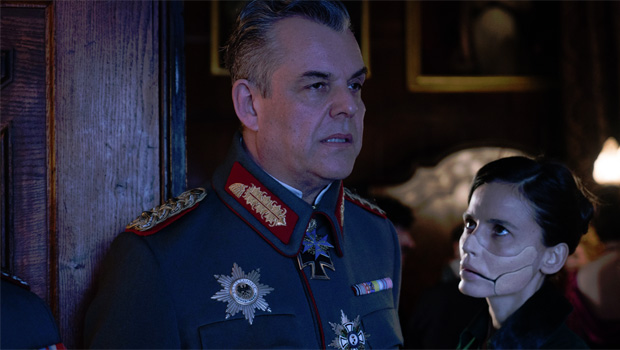 Without spoiling the story, this film has something that Batman vs Superman or Suicide Squad lacked which was humanity and emotion. You actually care about the characters and like Marvel’s Logan, this film doesn’t feel like a superhero story but rather at times a periodic war drama that melds well with the superhero genre. Sure, the action scenes are amazing, especially the visuals and the battle where Wonder Woman almost single-handedly takes on the Germans or when she liberates a village is brilliant but it’s the characters themselves that make this film such a joy to watch. Given that, Wonder Woman also becomes a powerful and positive female icon which is quite refreshing in a superhero film. However ‘tank’ throwing and battling the villain at the end is almost worth the admission price alone. 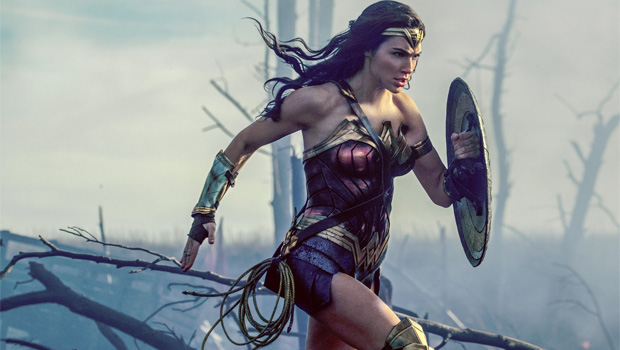 The dialogue, although clichéd is fun and really draws you into the story, especially the banter and comedy elements like Diana asking a nude Steve Trevor if he is an ‘average’ man, the quirkiness of Etta Candy (Lucy Davis) who is Steve’s secretary  or the camaraderie between Steve’s cohort team, it feels real and grounded. Sure, there are a few elements that have been missed when it comes to Wonder Woman but if this is the future of the Warner Bros franchise of superheroes, then we’re finally headed in the right direction. I also enjoyed watching the relationship grow between Diana and Steve. 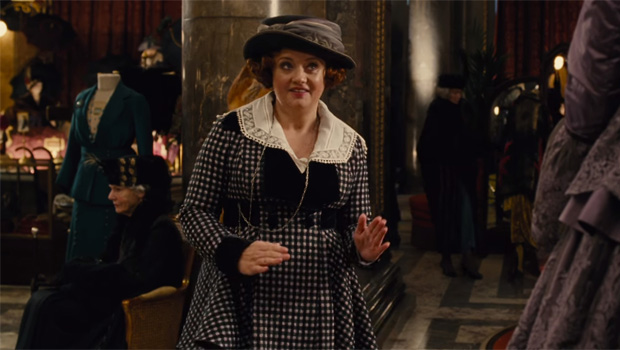 The actors in the film were perfectly cast and Gal Gadot is the perfect Wonder Woman. She eludes this sense of power and really shined as the naïve Amazon who walked in ‘Man’s Land’. Furthermore, she brought an element of comedy and it’s great that she was allowed to keep her native accent of Israel. Chris Pine brought a realistic presence to the screen that was equally as emotional as Gal Gadot’s performance. Add in the trio of Saïd Taghmaoui, Ewen Bremner plus Eugene Brave Rock and these three just bounced off each other. Connie Nielsen and Robin Wright were extremely well cast as the Amazons leaders and all in all Patty Jenkins should be commended in putting this ‘wondrous’ film together. 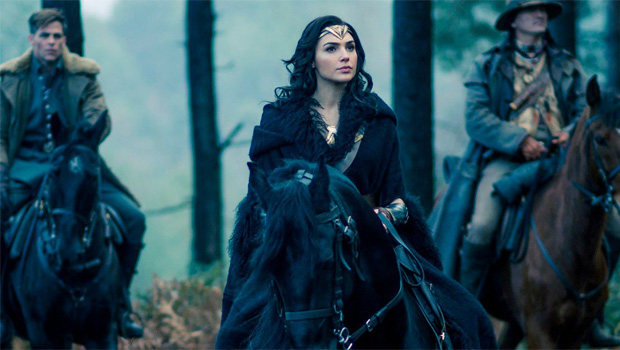 Then you have the 3D IMAX Experience… wow! Wonder Woman looks spectacular on IMAX and the 3D although subtle worked well. I loved the stark contrast between the beautiful island of Themyscira, this amazing Greek paradise to the almost grey second Industrial Revolution of England and war-torn Europe which shone on the IMAX screen. The special effects also shined through the film and seeing Wonder Woman take to the battlefield for the first time was truly a wow moment and Gal Gadot was really born to play this character. Then you have the audio and thanks to the 15,000 watts of digital surround sound, it was like being on the battlefield. Lastly, you have the premium seats of IMAX in Melbourne which are one of Australia’s most comfy cinema seats that allows you to fine tune them thanks to the electronic controls for the back and leg rests. 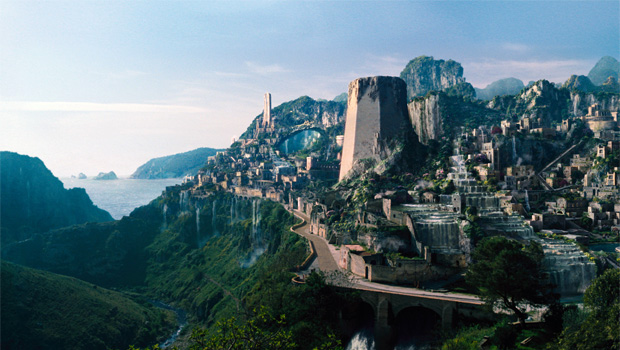 Wonder Woman 3D is what superheroes movies are all about and if you want to take your experience to a whole new level, check it out at IMAX Melbourne, one of the most immersive cinematic experiences in the world!