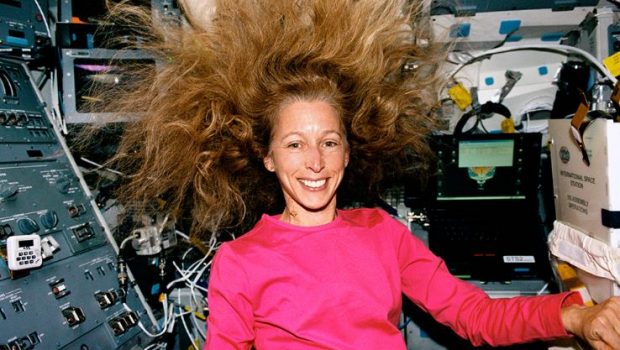 Marsha retired in 2010 after 37 years with NASA and 1,318 hours in space. After graduating from the University of Colorado with a Bachelor of Science (Aerospace Engineering), Marsha began her employment with the Lyndon B. Johnson Space Centre in Houston, Texas in 1974, working in human factors and man-machine engineering on the development of Orbiter cockpit layout, displays controls, and the Head-Up Display. In 1980 Marsha was assigned as a flight engineer on the Shuttle Training Aircraft and as a pilot on the NASA administrative aircraft.

“Any opportunity to introduce this film to a new audience is a special privilege and a great joy for me. I am thrilled to be able to introduce A BEAUTIFUL PLANET 3D to audiences in Melbourne and Sydney.

Many of the scenes in this film are ones that have been impossible to capture in previous IMAX space films so we are very excited to bring them to the IMAX screen and share them with audiences all over the world. To be able to immerse the audience in the experience of living and working in space is the best way to answer the hardest question any astronaut is ever asked – what’s it like”, says Marsha.

“A BEAUTIFUL PLANET 3D is the most advanced space film ever produced and one that we are very proud to present in IMAX 3D”, says IMAX Melbourne Museum General Manager Richard Morrison.