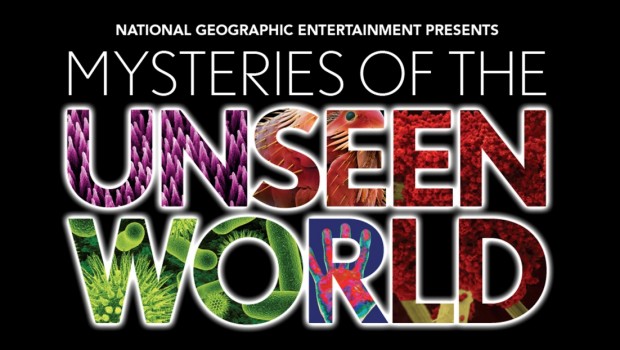 UNSEEN WORLD 3D takes audiences on an extraordinary journey into the unseen world, to uncover the mysteries of things that are too fast, too slow, too small or simply invisible. UNSEEN WORLD 3D opens at IMAX Melbourne Museum on 20 March 2014.

By using high-speed and time-lapse photography, electron microscopy and nanotechnology, UNSEEN WORLD 3D uncovers a whole world most of us didn’t know existed. The discoveries portrayed in the film are culled from those happening today in laboratories around the world, where existing and emerging technologies are yielding exciting new images of long-hidden worlds.

“‘Viewers will be left gob-smacked by the incredible unseen images of the amazing world we live in, beautifully showcased in IMAX 3D,’”said IMAX Melbourne Museum General Manager, Richard Morrison.

TOO SLOW – Time-lapse images capture mundane events and the spectacles of life that happen too slowly for humans to perceive.  UNSEEN WORLD 3D includes sequences of plants creeping toward the sun and the complex journey “slime mold” takes as it searches for food. On a grander scale, time-lapse allows audiences to see our planet in motion—from the vast and relentless sweep of nature to the restless movement of humanity.

TOO FAST- How many secrets remain to be discovered in the super-fast worlds of nature? High-speed cameras do the opposite of time-lapse.  This film shows extraordinary events that happen too quickly for human perception, from a rattlesnake strike to drum cymbals flexing.  Eye-popping slow-motion sequences shot using high-speed photography include a Eurasian Eagle Owl, the world’s largest, flexing its wings, shot at 600 frames per second (FPS) and popcorn popping at about 2,500 FPS.

TOO SMALL – UNSEEN WORLD 3D also peers into the world of wonders too small for the human eye to see, from the minute structures on a butterfly’s wing and the tiny organisms that inhabit the human body all the way down to nano-scale structures. We see how the amazing electron microscope can create an image that magnifies things by as much as a million times–revealing a world that is both bizarre and beautiful, challenging viewers to guess which unusual image is a fruit fly’s eye, the skin of a shark, a flea on a cat and much more!

INVISIBLE – We see only a fraction of the millions of wavelengths in the vast electromagnetic spectrum– the rainbow of light waves called visible light.  UNSEEN WORLD 3D shows audiences what it would be like if we had X-ray vision, or infrared vision like a mosquito, how bee’s eyes see through ultraviolet light, and what Gamma rays, microwaves and radio waves show us.

Working with a 3-D medical animation company, UNSEEN WORLD 3D filmmakers were also able to unveil the amazing atom-scale realm of nano-science and potential innovations in nanotechnology.  In a complex zoom sequence cameras focus in on a spider, then a strand of its silk, then into the silk itself leading to a bacterium. The camera then zooms even deeper, in on a virus on the bacterium, then into the DNA of the virus and finally into the actual atoms of the DNA.

Visually captivating, entertaining and rooted in cutting-edge research, UNSEEN WORLD 3D takes us beyond the limits of our own human vision and transports us to an enthralling secret world full of breathtaking phenomena.