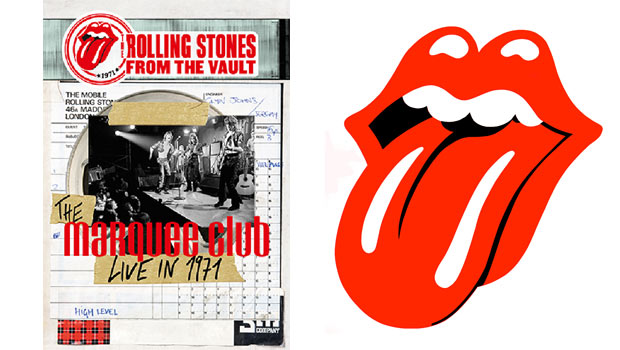 The Rolling Stones: Live At The Marquee

A sought-after, rare club performance from The Rolling Stones in 1971 filmed at London’s iconic Marquee Club will finally see the light of day, after almost two decades of being stored away in an attic.

This remarkable performance was filmed for US television in 1971, shortly after The Rolling Stones had completed their 1971 Farewell Tour of the UK, and a month before the release of the album Sticky Fingers. The gig marked the first time tracks “Brown Sugar”, “Dead Flowers”, “Bitch” and the rarely performed “I Got The Blues” were showcased live; four tracks taken from the Sticky Fingers album. The line-up at this time was Mick Jagger, Keith Richards, Charlie Watts, Mick Taylor and Bill Wyman.

The show was an intimate, rare club appearance and very little footage has been released, until now. Part of the “From The Vault” series of live concerts from the band’s archive, The Rolling Stones From The Vault: The Marquee – Live In 1971 is a must own DVD for any Stones fan, featuring carefully restored footage and sound mixed to perfection by Bob Clearmountain, including 5.1 surround sound on the DVD and SD Blu-ray formats.

This sought-after gig from The Rolling Stones archive is a classic, must own performance.