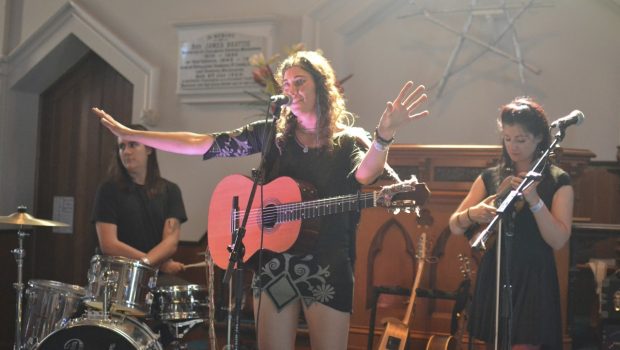 Summary: Well worth a look for music fans even if you have not heard of this artist before. Makes me want to get back to gigs again.

Just letting you know up front that I may not be that objective in this review as Áine Tyrrell (pronounced ONYA) is a good friend of one of my friends. I originally saw her at Queenscliff Music Festival one year as she had been recommend by Sarah whose house I was staying at and who was also involved in the festival.

The documentary is set around the 2019/20 Woodford Folk Festival, an eight day music and cultural festival in Queensland held over the Christmas/New Year period every year for eight days. Knowing how tired I used to get after only three days and Áine asking to be carried in from the car after playing 7 gigs in three days I can’t imagine how tired I would be after that. Especially since it can get up in to 40 degrees and everyone is in a tent. I have heard it is a unique experience and has stuff like people dressed as emus running through the site so it becomes its own community.

Having set up the story at the festival, it jumpsback a bit to Áine’s experiences in Ireland and how she came to be in Australia. I do remember the album recorded on the bus trip and was one of the people who crowdfunded the album.

As the for the story about her experiences with domestic violence that makes up a who chapter of this documentary I can say I knew something was going on but I did not want to pry. As a great man once told me at Southern Cross on the way to their gig on a Friday at Cherry Bar “you told who you needed to tell” and there were people supporting her during this time.

I had not actually seen Áine Tyrrell perform since a couple of times in 2016 including at Hamer Hall with her Da for the Exile gig so it was great to see what she had been up to. I know that she is quite active on social media but it is not the same. There were some gigs just up the road from me but I ended up missing them.

If you are friends with Áine Tyrrell or maybe have been following her musical adventures then maybe you will not get as much out of this. But as social media proved, you can have casual friends and the actual people you know. Even after watching this I still can’t say that I know everything about Áine nor would I want to people do not have given away everything about themselves.

Áine Tyrrell explained in the Q&A afterwards that she wanted to tell a different story about domestic violence, not just being a victim of it but being able to come out of it and show that you can recover from it. She said there is too much focus on blaming the victim and shaming them for not being strong.

The film was set just before the pandemic hit in 2019/20 but it did get a mention in the Q&A after the screening. Áine said not having gigs or festivals to play at has impacted her ability to make a living and also her children as they have had to settle down for a longer time than they are used to. She said she will rely on the music fans to support live music when restrictions start to ease as they did in the short window there were gigs in late 2020 and early 2021 as there is Buckley’s of any government assistance they have proved that.

From the director they said they wanted to make the story after hearing about Áine Tyrrell’s experience with domestic violence but she took some convincing. Originally she only posted it on her blog due to getting tired of having to leave things out of interviews about why she took off in a bus.

The film was proudly made with no government funding due to the difficulty getting funding from either Australian or Irish government cultural agencies due to being not “Australian” enough and too far away from Ireland. The director relied on close friends and supporters and there was a crowdfund at one point (I did not know of this or it was when I had just came back from the USA in 2019 so I was broke).

Almost forgot about the music, but yes,  Áine Tyrrell’s music does feature the entire way through this but no full performances. Go buy her albums or watch a music video for that. You could always join her Patreon for a virtual cuppa (Barrys) tea every Sunday.

It is the mark of a great documentary that you can go into expecting one thing and come out the other side having experienced something else but still enjoying it. This is one of those occasions and hopefully there will be more screenings of this with a live audience and performance when things start opening up again. 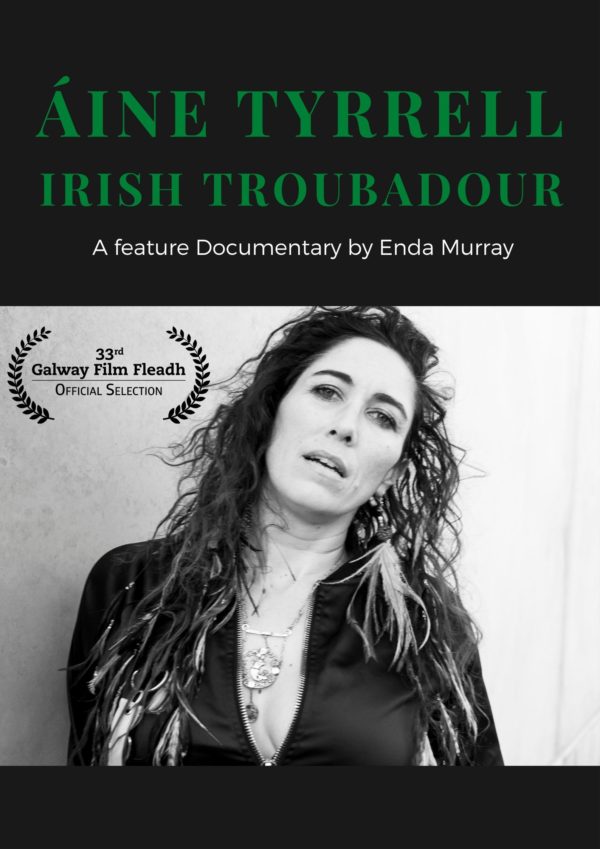