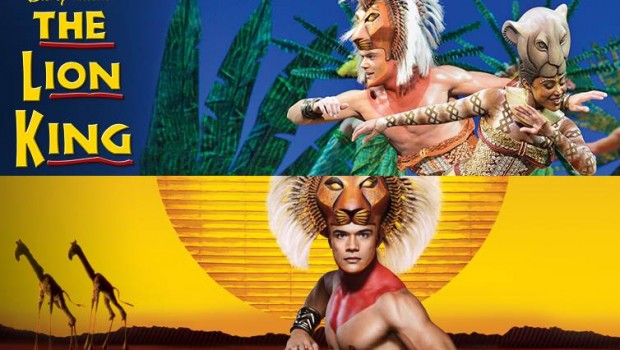 Summary: If there's one Melbourne musical that you must see in 2015, it is The Lion King that is beautifully created and will pull at your emotional heartstrings

The landmark musical event, THE LION KING once again returns to Melbourne Australia in this amazing production about a young lion exiled from his homelands in this powerful coming of age story. The musical is also based on Disney’s 32nd animated feature film of the same name that has successfully been reimagined by director Julie Taymor into an interactive musical that has won over 70 international theatre awards and seen by over 75 million people worldwide. Besides the very memorable music by Elton John and Tim Rice (Can You Feel the Love Tonight, Hakuna Matata), The Lion King boasts some flawless performances by its cast, a pitch perfect orchestra, beautiful set designs with the colours and hues of Africa plus some realistic costumes and puppets that really take you to the Serengeti Plains. 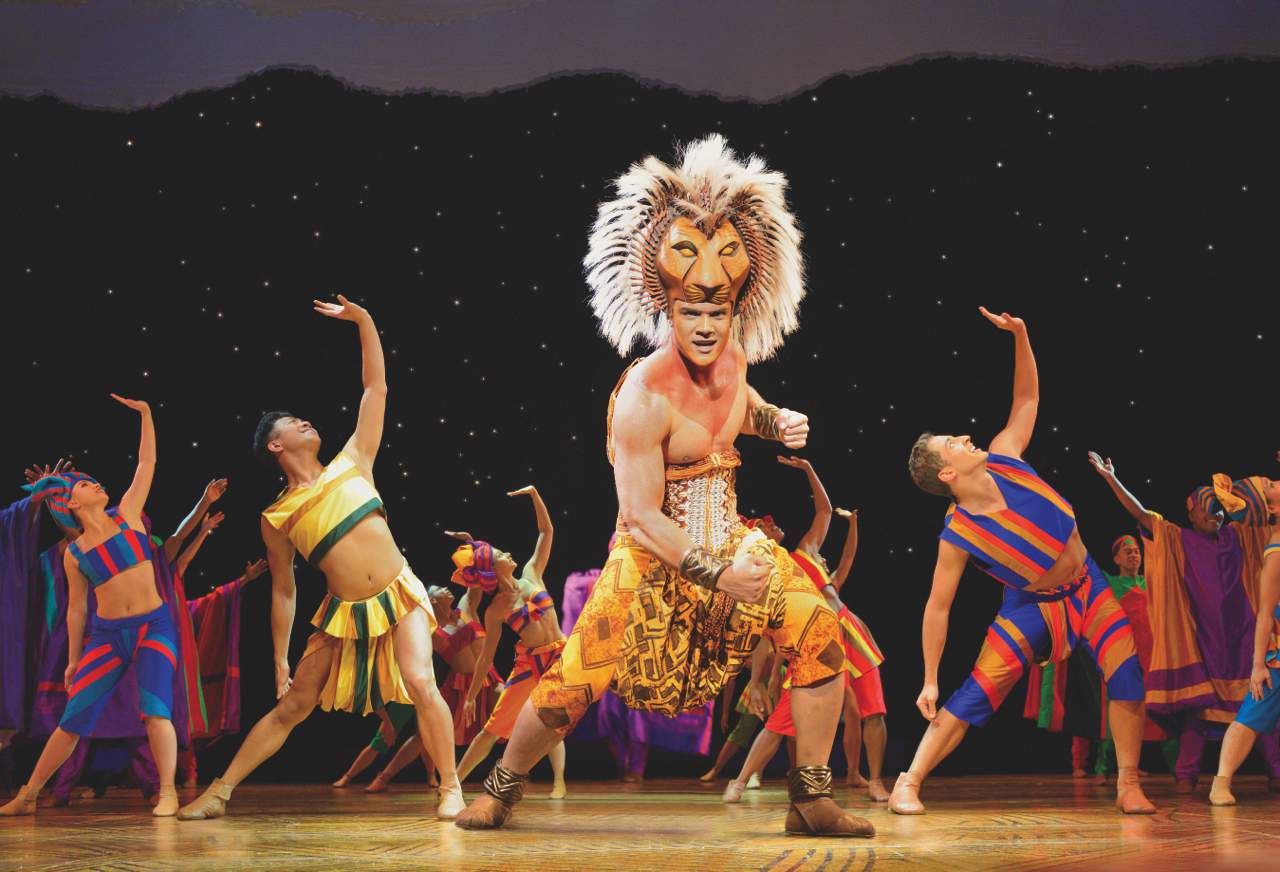 Besides the music of The Lion King, there is a moving story about life, death and birth that is beautifully highlighted by the hit song, the Circle of Life which revolves around Simba, a young lion cub. The Pride Lands are ruled by the majestic lion King Mufasa (Rob Collins) and his Queen Sarabi (Marvette Williams) who gives birth to Simba (Joshua Park), destined to be the next King. Unfortunately, Mufasa’s brother Scar (Josh Quong Tart) wants the thrown for himself and with the help of the hyenas, Shezi (Ruvarshe Ngwenya), Banzai (Terry Yeboah) and Ed (Andre Jewson), he murders the King and forces a young Simba into exile. 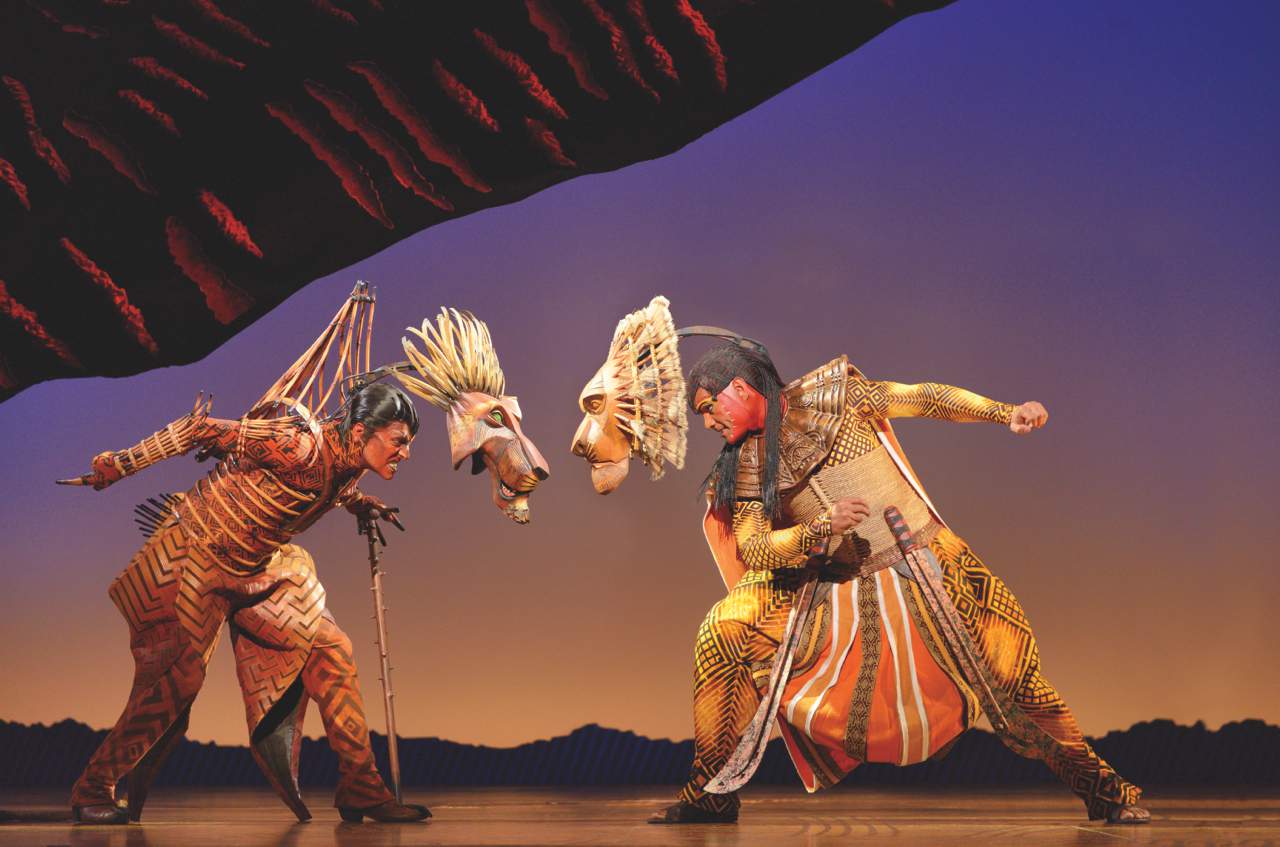 In exile, Simba meets the witty Timon (Jamie McGregor) and the kind-hearted Pumbaa (Russell Dykstra) who literally take the young lion under their wing. Unfortunately back in the Serengeti Plains, Scar has forced the pride into despair and believes that by marrying Simba’s childhood friend Nala (Josslynn Hlenti), he will gain the respect of the animal kingdom. Nala flees the Pride Lands and by chance, meets her childhood friend Simba (Nick Afoa) who is now a powerful lion and thanks to the shaman-like Raifiki (Buyi Zama), he receives a sign from his long-dead father that gives him the courage to take what is rightfully his and confront his villainous uncle, Scar. The story of The Lion King is the perfect modern fairy tale.

With an orchestra at the front and two percussionists in the balconies with Africa inspired instruments, The Lion King truly starts with a bang as the cast perform their first number, The Circle of Life as a variety of animals walk down the aisles such as elephants and birds to join the other members on stage to celebrate the birth of Simba. It’s literally the first wow moment of the production, especially the giant elephants and giraffes that must be seen to be believed. 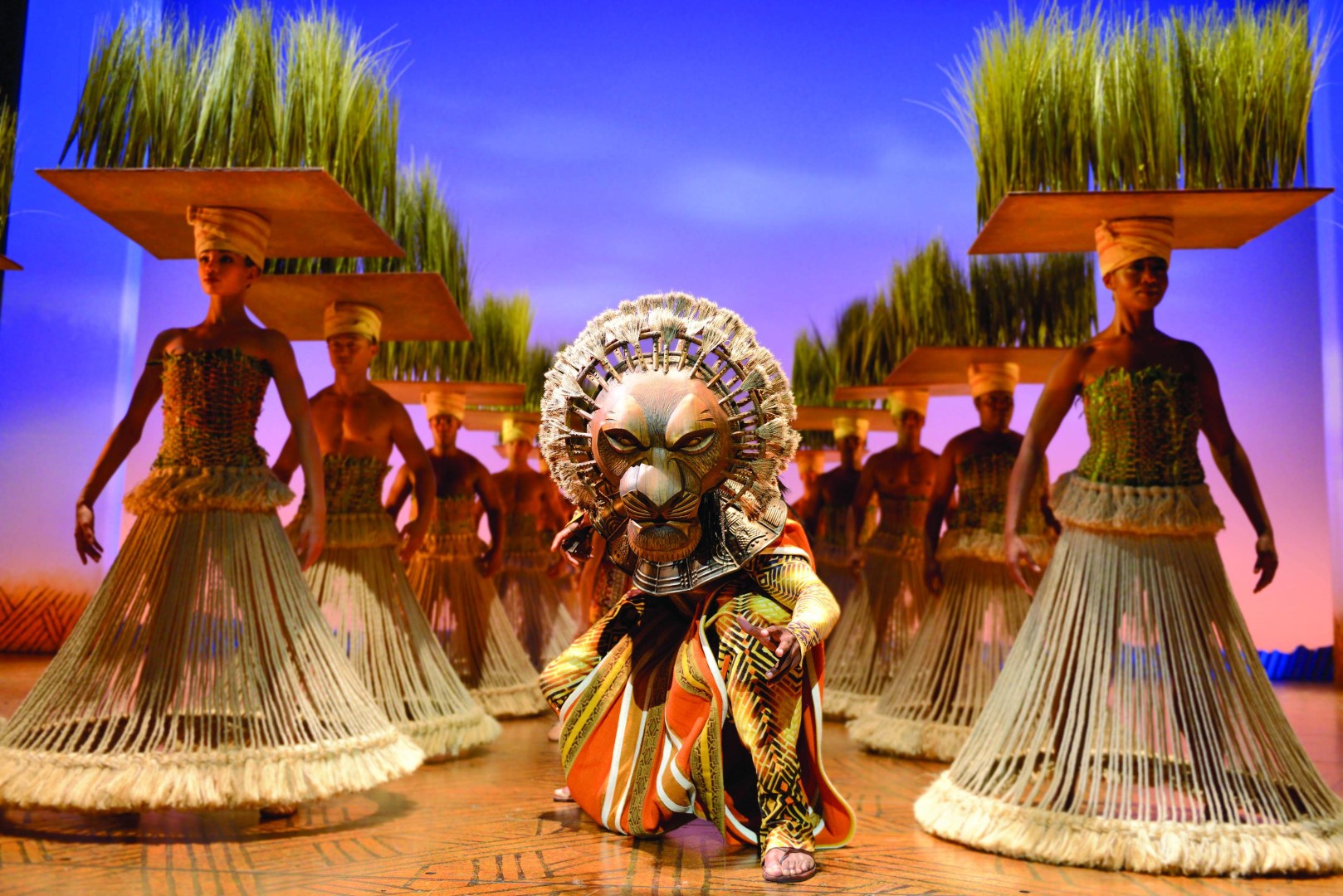 The costumes of The Lion King are truly spectacular and Julie Taymor should be commended on not only paying homage to the original animated film but successfully recreating it on the stage that at times feels like you are walking through the African savannah. The colours of the sets also mimic the vibrancy and earthly hues of Africa with its yellows and reds that go hand in hand with the interactive set that boasts elephant skeletons and rocky ledges with some awesome special effects and lighting.

Of course this would not be possible without the very talented international cast who all should be commended on an outstanding production. Josh Quong Tart as the villainous Scar is brilliant and his charisma really shines as this diabolical villain. Then you have Buyi Zama as the comedic Rafiki, the royal advisor of the king who really brings this sense of wonder and magic with a truly powerful and magnificent singing voice that bellows throughout the Regent Theatre. To complement these characters, Rob Collins as Mufasa successfully channels his inner king as this majestic patriarch of the animal kingdom. 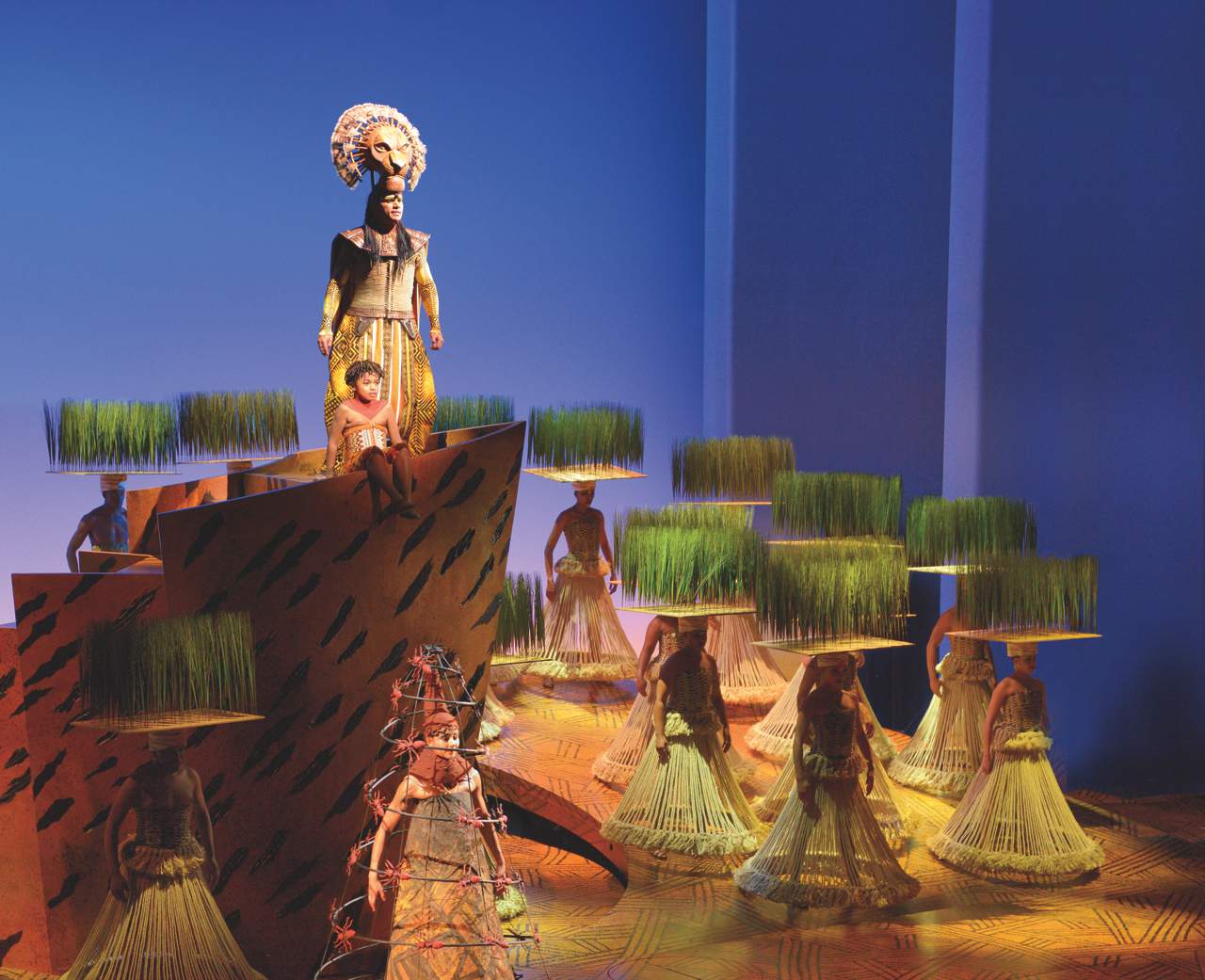 Comedy plays a key element to The Lion King with Cameron Goodall as Zazu, the King’s major-domo plus the very memorable Jamie McGregor as Timon with his partner in crime, Russell Dykstra as Pumbaa that had the audience in hysterics from their very amusing banter, dancing and singing. I also loved how this new production of The Lion King added a couple of furphies into the story such as a mention of Frankston and a very popular Disney song that just added to this already perfect version of this musical hit. The dancing and choreographed numbers also play to the theme of the story and some of these numbers just leave you gobsmacked as how these costumes and puppets of different sizes navigate the interactive stage. There’s definitely lots of “wow” moments in this production of The Lion King! 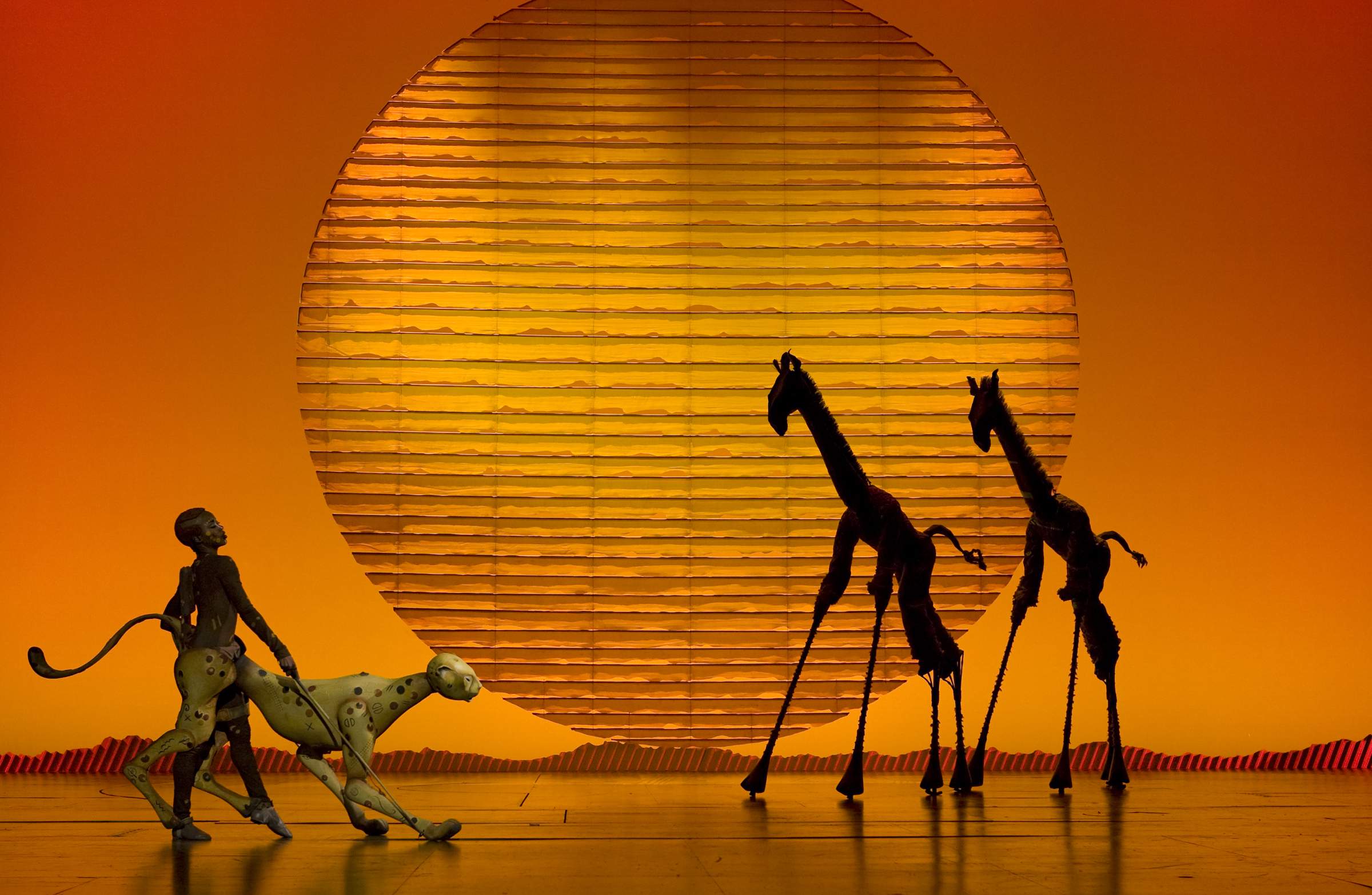 Nick Afoa and Josslyn Hlenti as the adult Simba and Nala have some great on stage chemistry as these newly found lovers that are bursting with emotion and really relate well back to the audience, especially the feistiness of Nala herself. Their younger counterparts as Simba (Joshua Park) and Nala (Aimee Pieterse) are equally as perfect, especially their mischievous nature as two young lion cubs. With that said, I really enjoyed the switchover from the young Simba to the adult Simba during the song, Hakana Matata which flowed very well with the story and will send shivers down your back if you’re a fan of the original film. Ruvarashe Ngwenya (Shenzi), Terry Yeboah (Banzai) and Andre Jewson (Ed) were another highlight as these easily led astray hyenas who really paid homage to their animated versions that were bursting with personality and humour. 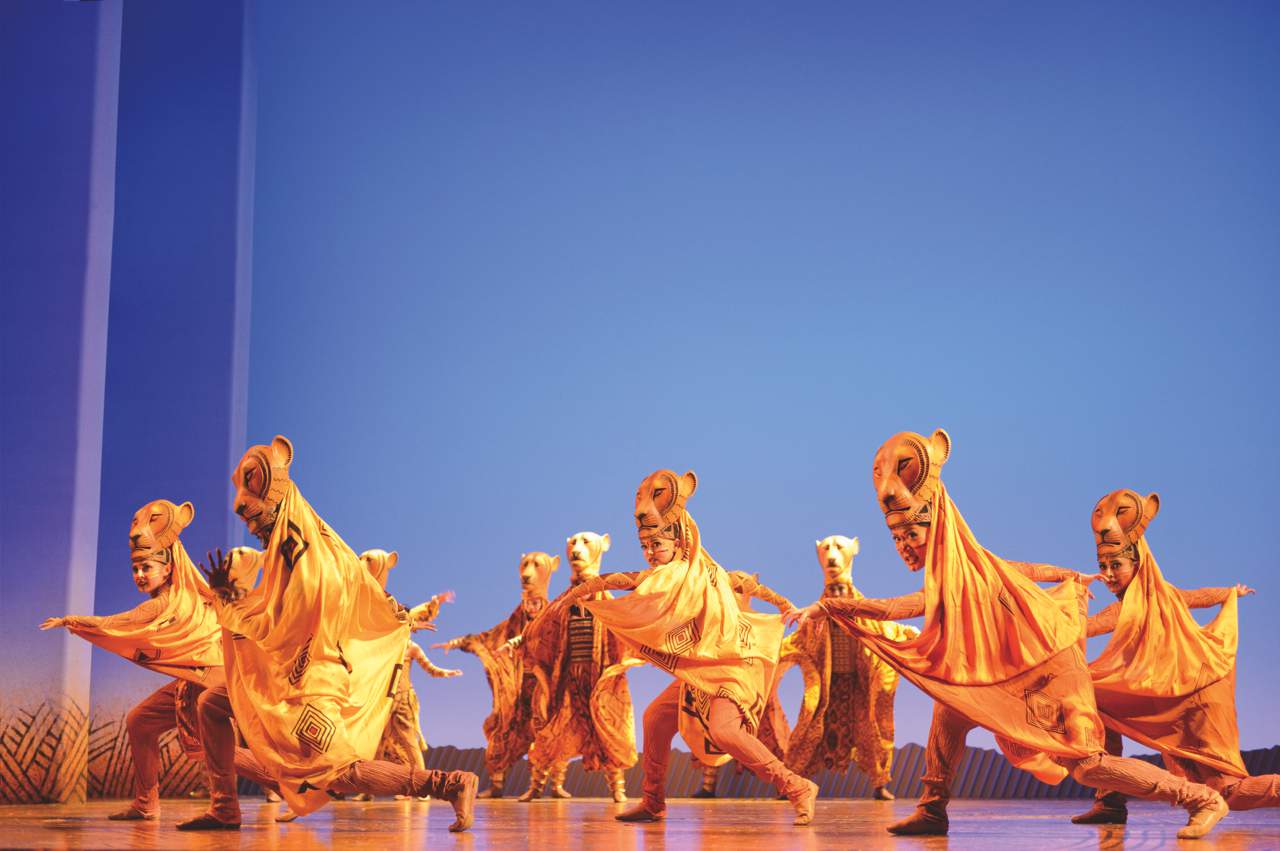 So when matched with the wondrous costumes and the rest of the ensemble, The Lion King becomes this very powerful and emotionally musical that is filled with excitement, betrayal, romance and comedy that ticks all the right boxes for the perfect musical. It’s easy to see why over 75 million people from around the world have become part of The Lion King experience. With such an excellent cast, musical crew and Hollywood-like production values, The Lion King is definitely the must see musical of 2015 that we could happily recommend for the entire family. With it just opened in Melbourne Australia, it’s already a roaring success and helped me experience this very memorable story from my youth in a different light that dare I say is far superior.