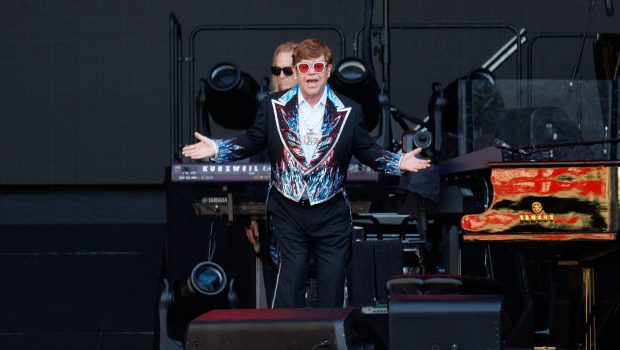 Very few musicians can claim to have an audience that spans multiple generations, or a career spanning 60 years, but Sir Elton John can.

The hottest ticket in town right now is Elton John’s Farewell Yellow Brick Road Tour, which is the culmination of 61 years of Elton’s career, and the last chance you will ever have to see his tremendous showmanship and talent live.

The Friday the 13th performance at AAMI Park stadium was full of multiple generations including children through to seniors, many whom dressed up with glitter-frocks, boa’s, T-shirts and of course flashing glasses. The excitement, anticipation, love and affection from his fans could be seen and felt all around. 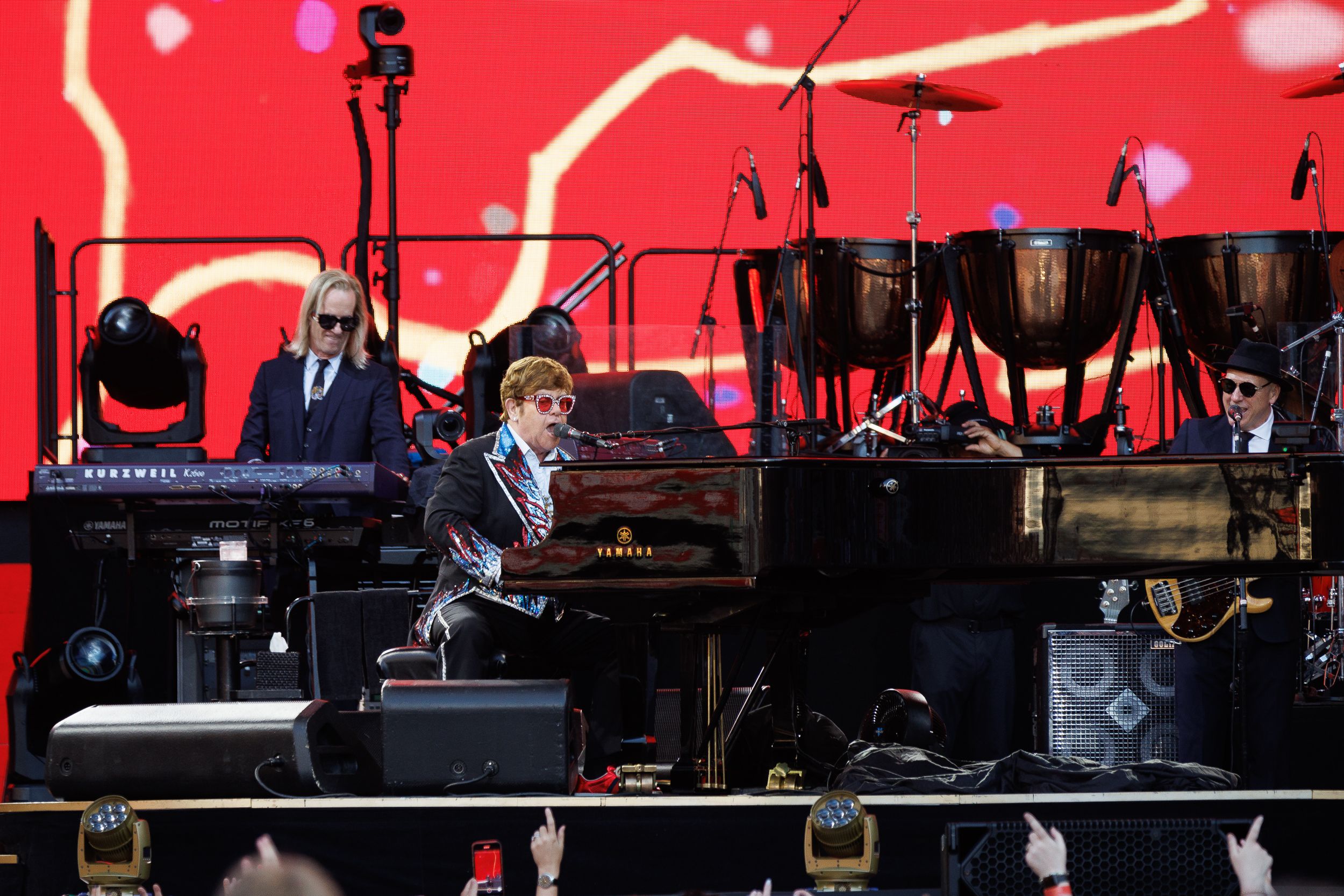 From the moment the stage lights came to life and no more than a toe of Elton was visible to some, the crowd erupted, and then one all-to-familiar chord was heard throughout, bringing a simultaneous silence and roar of the crowd; it was Bennie And The Jets. The entire night the band were on point and they really knew how to get the crowd going. The stage setup was also incredible, with multiple screens displaying a variety of visuals that perfectly complemented the music. Elton John’s outfits were also a highlight, as each one was more extravagant and show-stopping than the last.

The Elton John Farewell Yellow Brick Road Tour at Melbourne’s AAMI Park stadium was nothing short of spectacular. The legendary musician and his band expertly commanded the stage, playing hit after hit and keeping the crowd on their feet throughout the entire performance. 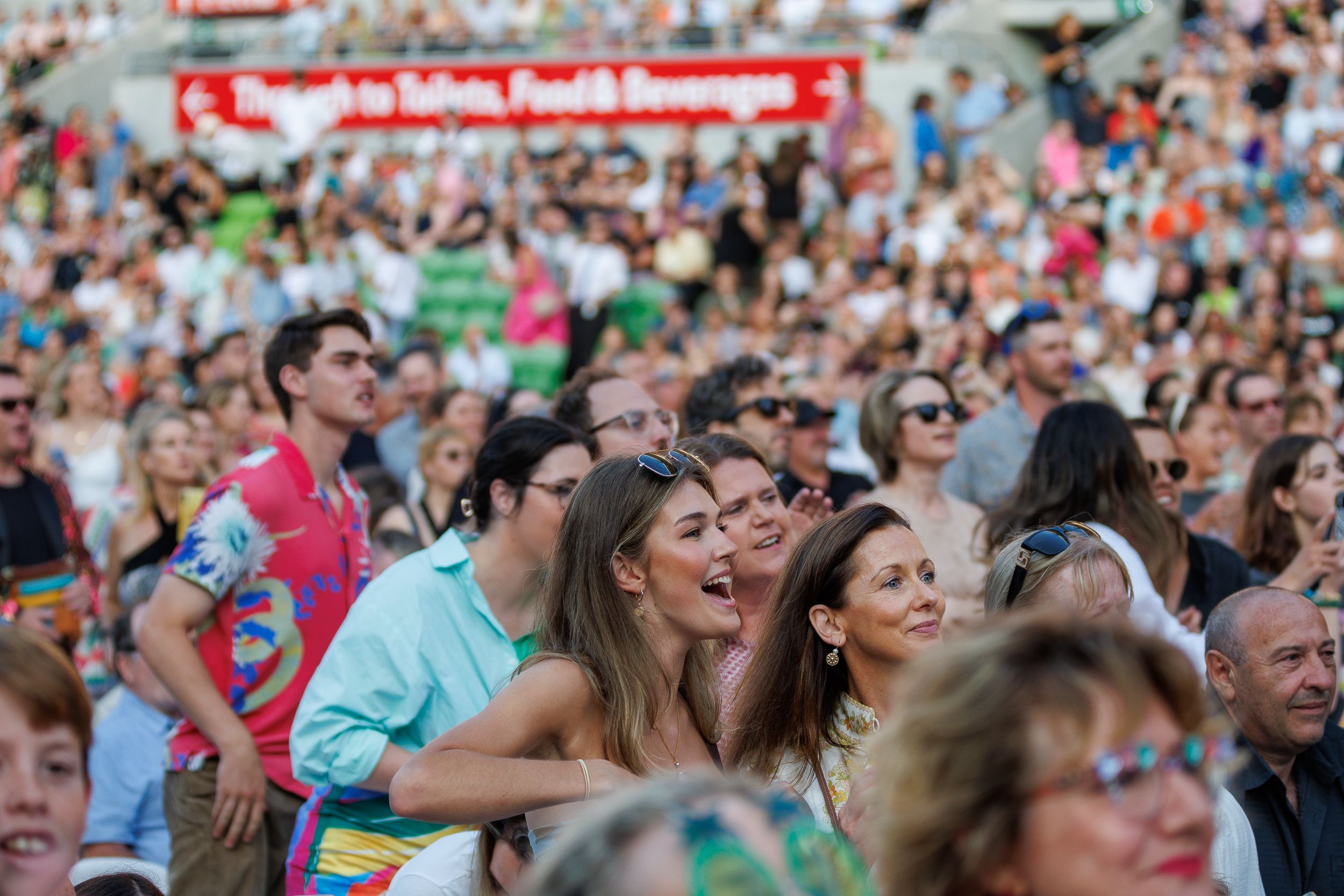 The atmosphere was electric, with the crowd really coming alive in the second half of the show as the lights went down and the stars came out. The visuals on the screens cycling through original music video releases, artworks, performance art, personal photos of Elton and closeups of Elton and the band. 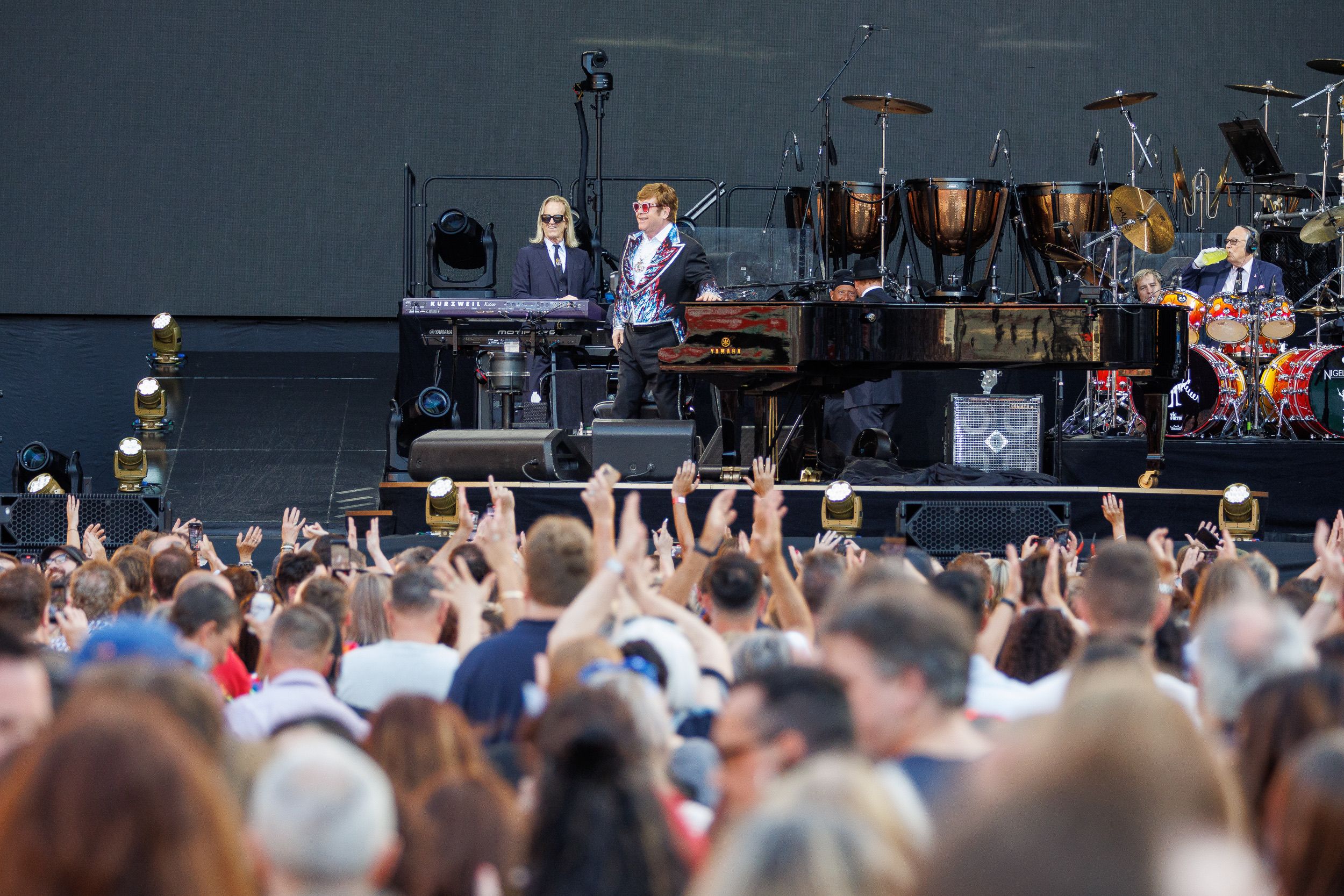 One of the defining characteristics of the concert was Elton John’s ability to connect with the audience. Throughout the performance, he frequently interacted with the crowd, sharing anecdotes about his music and paying tribute to other artists. He even acknowledged personal friends in the audience, showcasing his genuine appreciation for his fans and his enjoyment of performing for them. It was clear that this connection was genuinely felt by the audience and was a major highlight of the show, which contributed to the overall memorable experience. 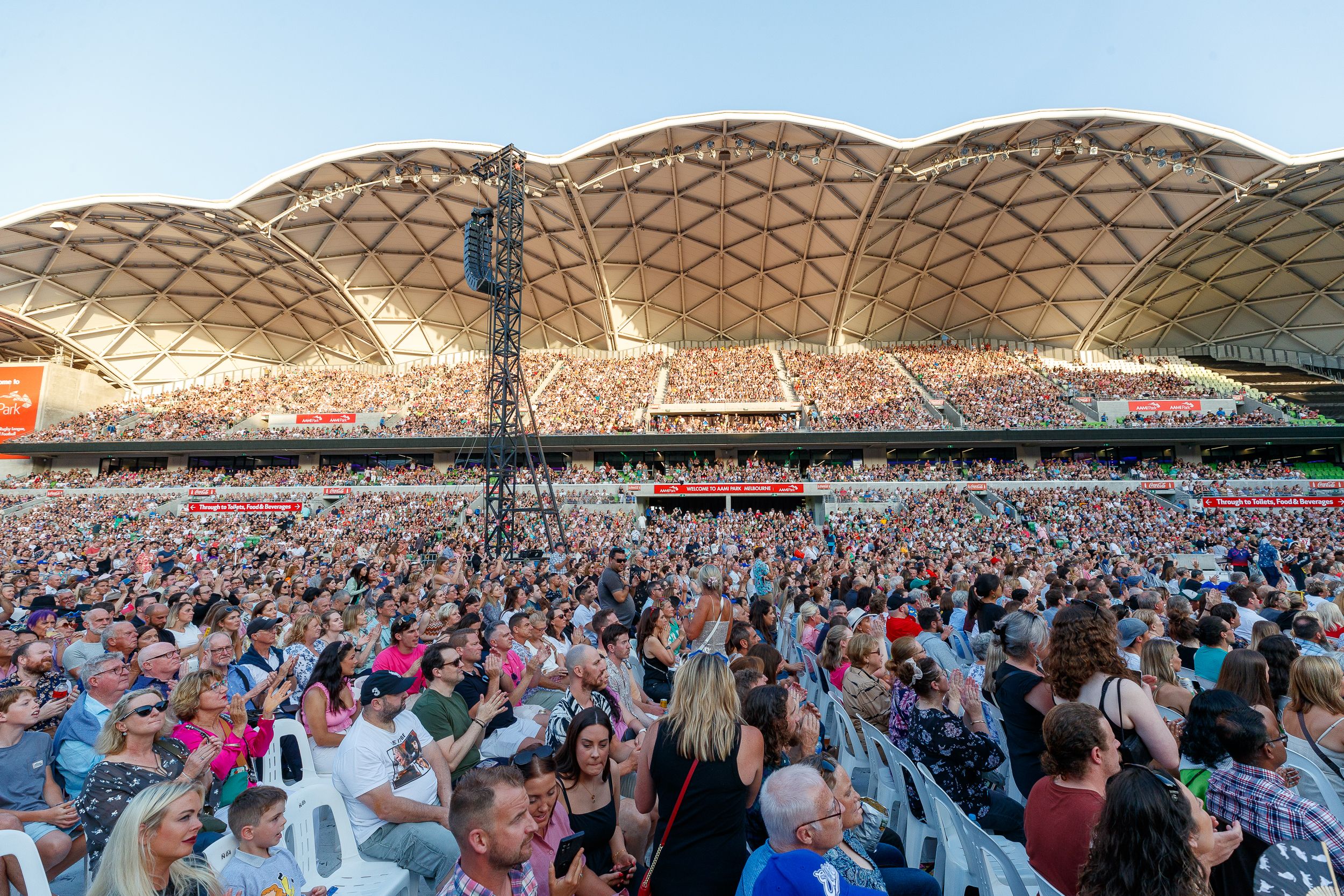 One of the highlights of the night was when Molly Meldrum was identified in the audience and later joined Elton on stage, showing off his bare bum and tattoo to the crowd during the “Bitch is Back.” It added an element of surprise and humour to an already amazing show. It then turned to what was one of the sweetest and touching moments of the night, where our world renown and respected Aussie icon Molly, gave Elton a hug and a kiss and said “I love you”, which was met with massive applause. 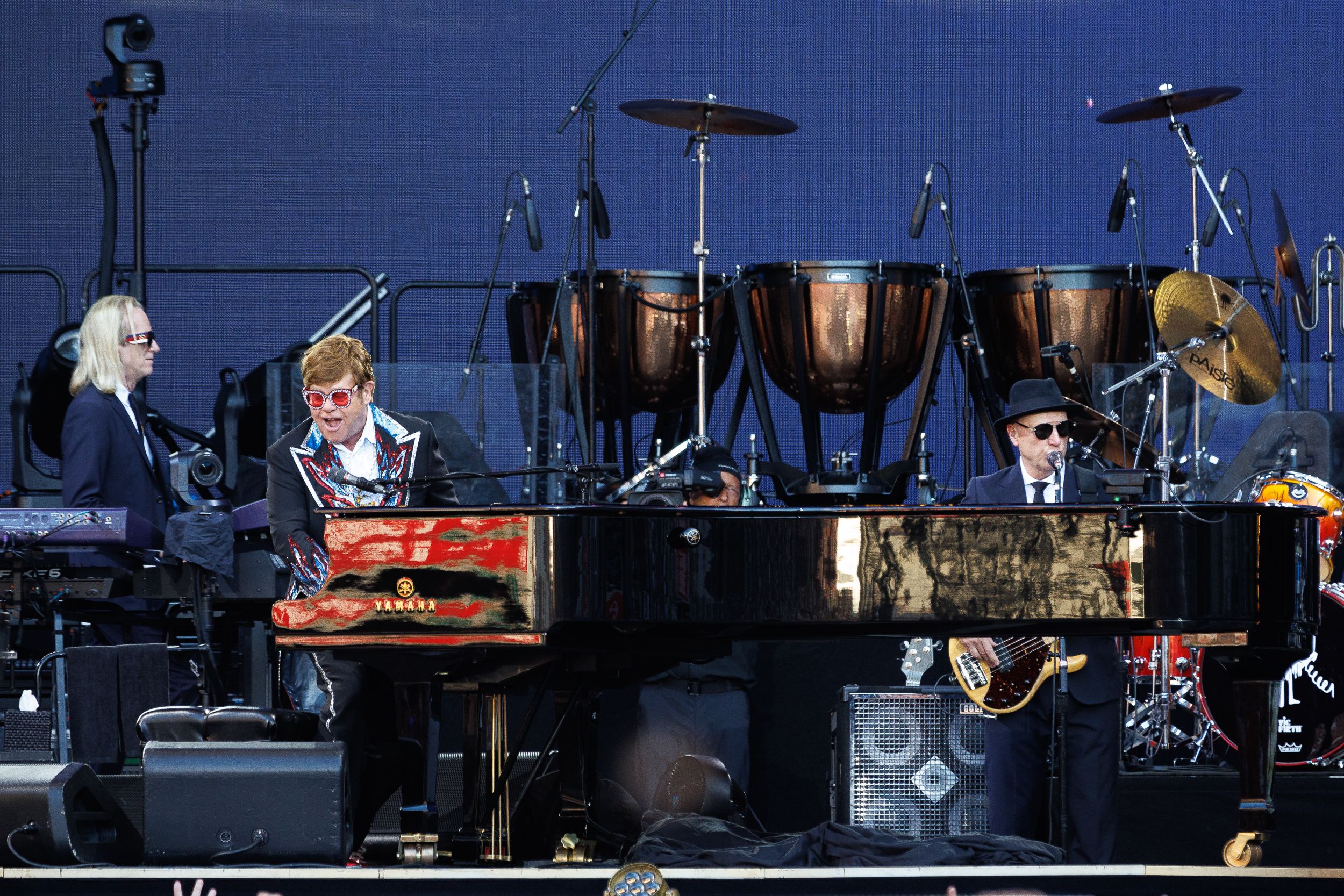 Overall, this concert was a must-see for any Elton John fan, and even for those who may not be as familiar with his music. It was a night filled with endless musical and visual spectacles that will be remembered for years to come.

Elton concluded the night with an encore performance of Goodbye Yellow Brick Road, as he disappeared into the back of the stage, a fitting but sombre, yet spectacular reminder which was not lost on the crowd, that this was indeed a farewell.

As Molly would say, do yourself a favour, and buy some tickets, if you can find them! 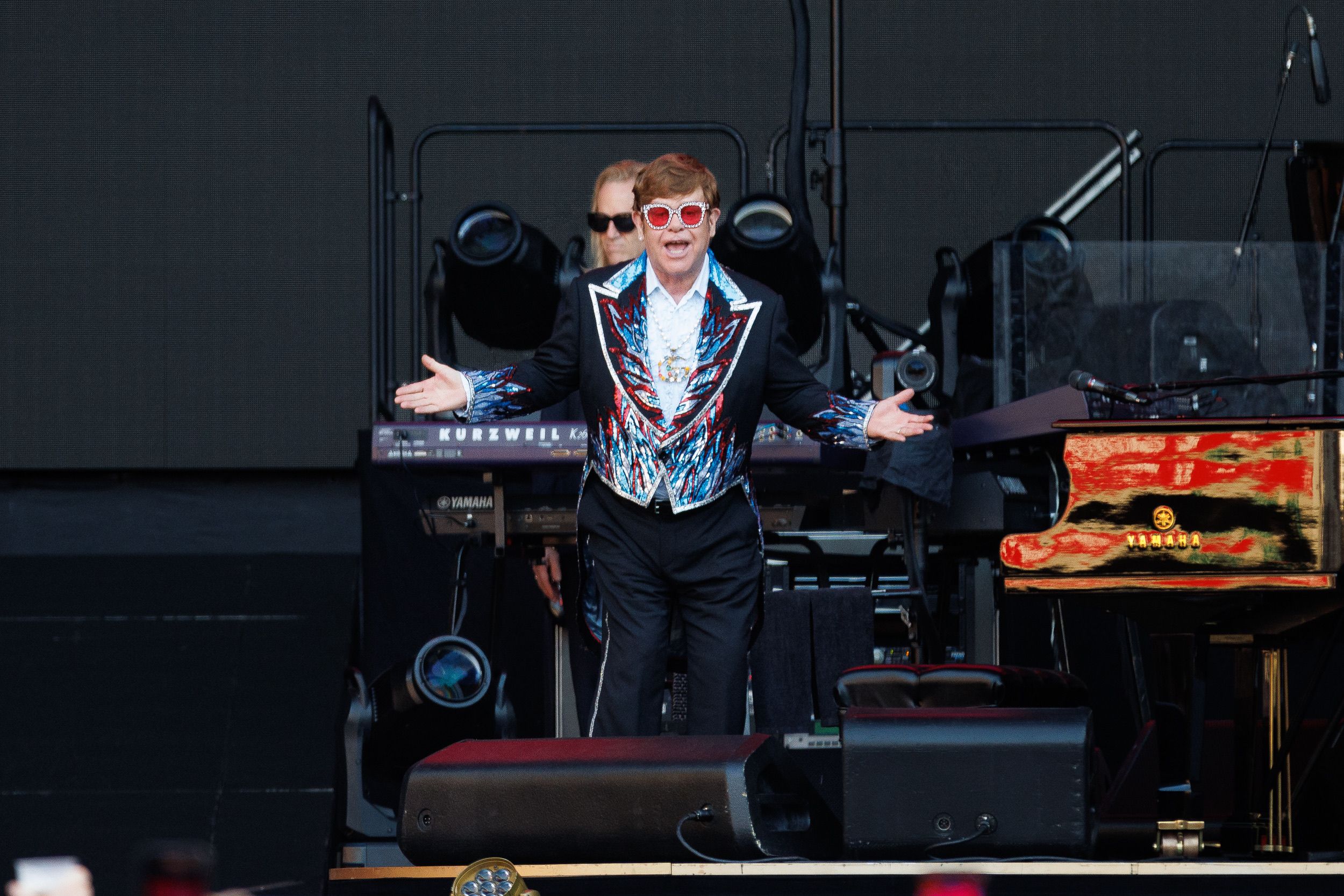 Summary: The hottest ticket in town, you will regret it if you miss it. Do yourself a favour and go see him in Melbourne, Sydney or Brisbane while you can.