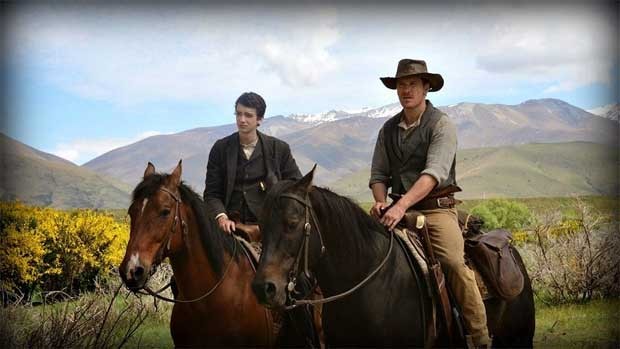 Summary: Charming and harsh, Slow West on DVD ably demonstrates that there is life yet in the Western

Slow West, John Maclean’s first feature length film as writer and director, is a perfectly formed gem of a movie. It stars Michael Fassbender as Silas Selleck and Kodi Smith-Mcphee as Jay Cavendish. Remarkably, it pulls off the difficult task of being a revisionist Western with ease, taking its audience along with a dreamlike quality unique in the genre. 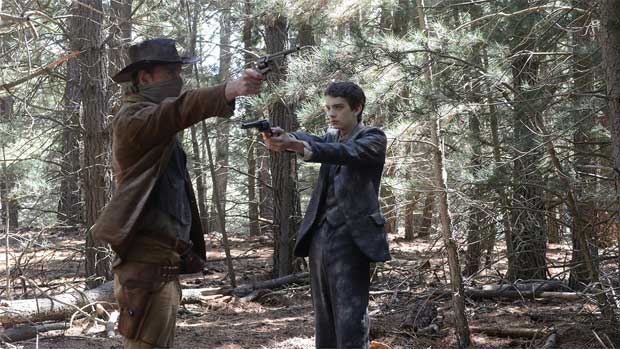 The Western genre died with John Wayne in The Shootist. America had lost its self-assuredness in the jungles of Vietnam, and with it the expansive attitude embodied in the opening of the West. Action movies moved to the urban jungle, embracing the cynicism and corruption with a tired weariness in films such as Serpico.

In recent decades, a clutch of Western movies have emerged, often to great acclaim, but failing to capture the earlier hold on a more innocent, perhaps even naïve audience. Silverado, Dances with Wolves and Unforgiven are all Westerns that took the tropes of the genre and moved it wholesale into our modern, cynical age.

Slow West, however, abandons in large part the grittiness of the Western in favour of a more dreamlike quality embodied in the narrative and the camerawork. This is a beautiful movie; the cinematography helped no end by the location work done in New Zealand’s south island. It is a vision of splendid isolation, of mountains floating on the horizon, of deep, shadow haunted virgin forests, of seemingly endless plains too large for the mind to contemplate. Into this wilderness comes a wild cavalcade of European immigrants, escaping the cramped darkness of their homelands, for the dream of the West.

For all its delightful surface tone, Slow West, like all other Westerns, trades on violence and brutality. This is slightly leavened by the widely noted Coen Brother inspired influence where comedy and violence are mixed together, both enhancing the other. There is an element of slapstick at play here, especially in the climactic final scene, which manages to be both wryly funny and touchingly tragic at the same time

The story is almost secondary to the sense of place Maclean evokes. Smit-McPhee’s Jay is an ingénue drifting through a brutal landscape of Indians, bounty hunters and cruel isolation in search of his lost love from Scotland, Rose Ross (Caron Pistorius). He falls in with Michael Fassbender’s taciturn former bounty hunter character and pays Selleck to guide him in his search for Rose. 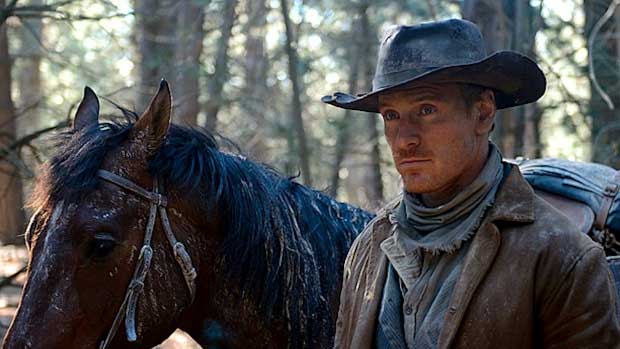 On the surface, Fassbinder plays his hard-bitten character, as you would expect. However, little touches reveal Selleck to be more than just a brutal man motivated by greed. When he and Jay leave behind the two children they have orphaned, Selleck’s immediate response of indifference matches our expectations. Later, as they ride away, Jay laments not taking the children with them, and Selleck dismisses his concern, Fassbinder grips his leg in an outward display despair at being forced to leave the children to starve. The final scene of the movie, however, offers him a chance at redemption and proves the true worth of his character and performance.

Fassbinder and Smit-McPhee provide an entertaining contrast to each other. Jay reminds Selleck of his better nature, while Selleck offers Jay a father figure he so desperately needs.

The supporting characters are necessarily brief, but make good use of their screen time. For Australian viewers, Ben Mendelsohn continues his climb up the Hollywood ladder, playing the aptly named Payne, leader of the bounty hunters of whom Selleck was once a member. Caron Pistorius does a good job with a meagre role, at first a playful young woman, and then later a hardened realist handy with a shotgun.

In the end, despite the tone of the movie, it is the characters displaying the most practicality who survive. For all its sylvanian qualities, Slow West is as much about the harshness inherent in the beauty of the remote landscape, and only those prepared to face it on its terms survive. Charming and harsh, Slow West ably demonstrates that there is life yet in the Western.

The visuals are superb, rendered beautifully on lush colours and widescreen vistas. The audio balance is perfect on this disc, every gunshot whizzing overhead and the deep, haunting soundscape matching the location shooting.

A featurette rounds out the disc, coming with the usual behind the scenes making of and interviews with cast and crew. 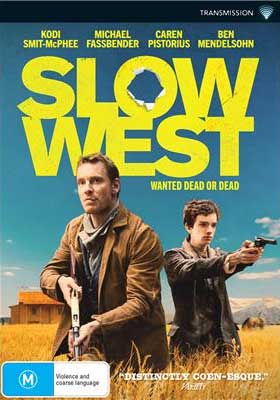