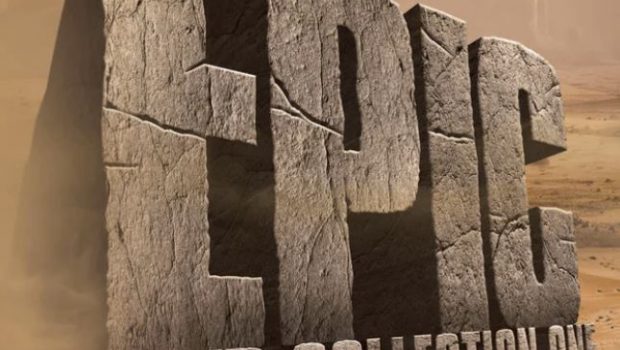 Summary: Some of the finest epic Hollywood movies of the last 60 years are featured in this fine collection, starring some of the greatest actors in movie history!

The beauty of this release is the broad sweep of themes and times it covers, demonstrating the power and effect of the epic film in the history of Hollywood. There is something here for everyone – for those who grew up on Saturday re-runs of religious epics like The Robe, there is Barabbas, the tale of the man who escaped crucifixion, and who spends the rest of his life haunted by the man who took his place. Anthony Quinn is magnificent as the brawling, boozing Barabbas, a man who takes life by the throat and squeezes it for all its worth, seemingly without moral qualms, but increasingly disturbed by all he encounters. This tale is a brutal depiction of Roman rule, within the censorship limits of the time. It makes fantastic use of location work in Italy, and what no longer exists from the era is ably replaced with suitable constructions. Of special interest is Jack Palance’s unhinged appearance as Torvald, a gladiator Barabbas must face down. The only negative on the film itself is the slightly smeary quality of the image – however, that isn’t enough to downgrade what is a sensational viewing experience.

Charlton Heston makes the first of two appearances in this set (and no doubt if there are future releases in this vein, he will again feature prominently) in Major Dundee. This movie is the one disc on the release that contains a major set of extras, plus an extended version of the production. 5.1 stereo surround has been rebuilt, amongst other special features. Heston is at his craggy best as the Gettysburg veteran sent West to deal with the fractious Native American tribes fighting the rapid expansion to the Pacific Coast. When a fort is overrun, and children kidnapped, Heston and his men must give chase before the children vanish forever. Given this is directed by Sam Peckinpah (The Wild Bunch) this stands as an early precursor to that gritty classic, and while it may not have the insane shootouts that characterise its successor, it is still an entertaining, gritty and occasionally grim viewing experience.

I’ve reviewed Waterloo earlier for the site but will reiterate that any movie that uses Russian soldiers to pad out the ranks of the combatants of this pivotal early 19th century battle is intent on bringing the epic. A cast of brilliant actors brings the characterisation sorely needed to what might otherwise be a faceless tale of endless brutality on a muddy Belgian field. Plummer is electrifying as the brutal Wellington, and it is fabulous to see Orson Welles as the newly reinstalled, decadent new king of France. Come for the battle scenes and stay for Rod Steiger’s magnetic performance as the soon to be fallen for a second time Napoleon.

An adaptation of the Shakespeare play of the same name, Julius Caesar is my pick for the least favourite movie of this set. The language is that of Shakespeare, and while no doubt he is the pinnacle of writers in terms of his ability to convey mood and character via iambic pentameter, there is no doubting the language distances the viewer from the characters and action. That said, you can’t go past the tale of Caesar, appointed Dictator for Life, and of the Roman senators keen to regain their power and Republican virtues. John Gielgud stars amidst a panoply of British actors (plus a few Americans – hello Charlton Heston once more!).

The Duellists round outs this largely excellent release, an early directorial effort by Ridley Scott, before he went down the science fiction path. This was my favourite of the set, lushly photographed amidst the beauty of the European countryside.

Keith Carradine and Harvey Keitel play officers in Napoleon’s army, d’Hubert and Feraud, who spend their off-hours challenging each other to bloody duels. Keitel is a firecracker in this movie, ready to go off at the slightest pre-text and cut people up in endless duels. Carradine, as the more levelheaded character, is less magnetic than his blood hungry partner, but he brings balance to an arrangement that Keitel on his own would completely send awry. The era, this time the early Napoleonic era, is vividly realised, with rich costuming, smart use of actual locations, and a compelling duo as the men fight and duel over more than a decade.

Overall, this is a fabulous set, covering a range of eras, acting, and directing styles, and themes. The Duellists is my favourite, with Barabbas a close second. But there is something here for everyone. While Major Dundee aside the extras are sparse, it is always fun to see the trailers from these eras, which tend to be on the long side. In these spoiler-phobic times, one can imagine the social media meltdown that would accompany the reveals that the Barabbas trailer shows! 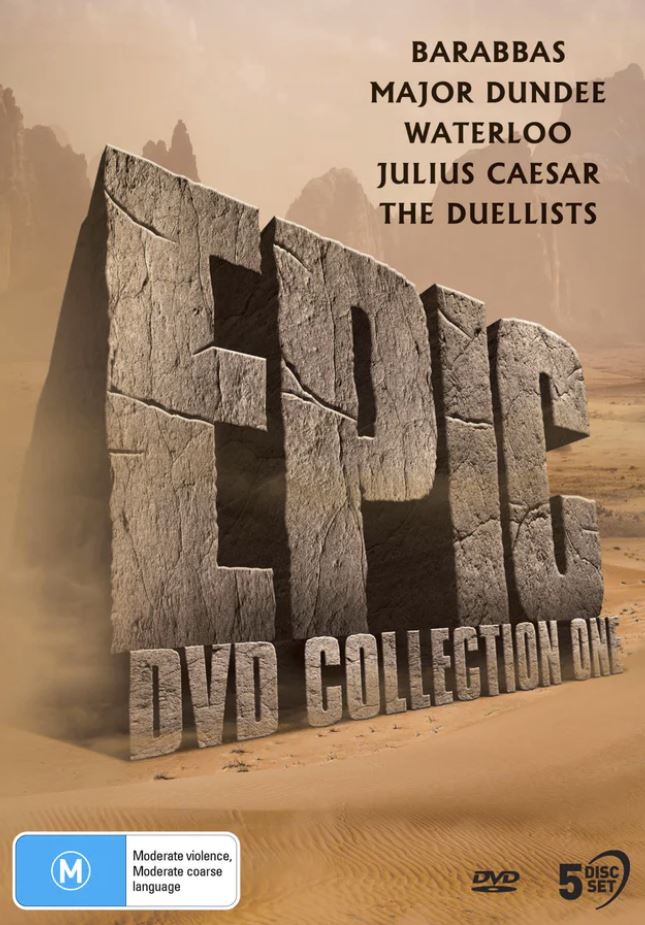