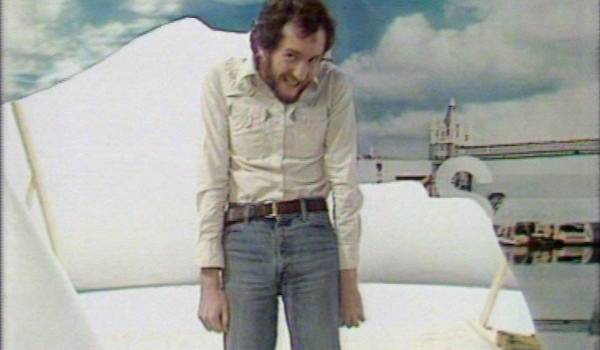 Summary: This was ground-breaking for the time & now shows its age (in terms of the comedy) offered. But the musical guests are top-notch and worthy of the price of admission.

The late Kenny Everett loved music and comedy. The former radio DJ fused both of these things together in his madcap program, “The Kenny Everett Video Show”. The series is now rather dated, but there are some absolute gems to be found in the mix if you’re willing to go digging.

The DVD’s notes describe how difficult it was to obtain all the necessary musical clearances for this release. Just like the makers of “Daria,” it was hard for every song to be cleared and as a result, some numbers had to be cut. In Everett’s case, the makers kept very little paperwork at the time and the acts were often booked at the last minute. To say this production was fly by the seat of your pants is an understatement.

The anarchic nature of the production is also evident on the screen. Everett takes his comedy influences from the likes of “Monty Python” and “The Goon Show”. He often breaks down the fourth wall and like the creators of “The Simpsons,” he revels in poking fun at the TV network that hosts his craziness (in this case, Thames Television).

This show reminds me at times of “The Young Ones” in that it can be shambolic and zany in its presentation. The humour can be quite bawdy and crude at times. It is not recommended for viewers who only enjoy politically-correct humour. In fact, some of it is now considered unfunny (think: blackface and cheap shots of Everett dressing up in women’s underwear, to name a few).

Where this show excels is in its musical guests. The inclusion of David Bowie in two numbers is worth the price of admission alone. Then you get artists like Elton John and Cliff Richard, who appear and are also happy to poke fun at themselves. And when you add to that mix: Rod Stewart, The Pretenders, The Police and Freddie Mercury, to name a few, you’re in for a real treat.

Viewers who dislike Everett’s rough and ready humour and idiosyncratic nature may not enjoy the comedy sketches. There are interludes featuring animation like Captain Kremmen and Carla. There are also musical spoofs (these are probably the funniest of all the jokes) as well as a TV evangelist with giant hands. It won’t be everyone’s cup of tea but it was unique and imaginative for the time, especially when you consider that this was pre-MTV.

“The Kenny Everett Video Show” is a self-indulgent and riotous mix of late seventies and early eighties music. The comedy is controversial and cringeworthy at times, but it’s obvious that Everett was being his own authentic, idiosyncratic self. It is wild, it is zany, and ultimately there are some excellent diamonds to be found among the rough.