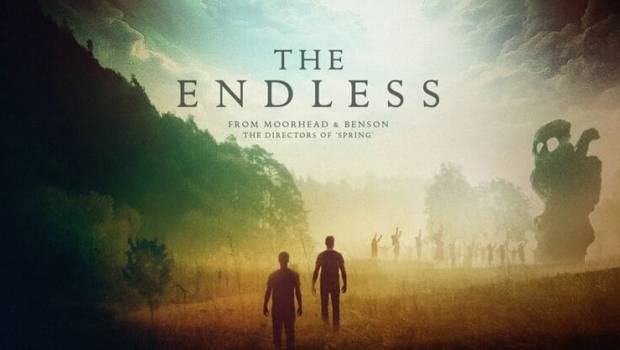 Summary: Benson and Moorhead create lingering dread on a micro-budget. The Endless is the antidote to commercial sci-fi and horror you didn't know you needed.

If you’d escaped a cult, would you go back? This is the question that Justin and Aaron Smith return to again and again as they try to fit into society after a lifetime in a UFO death cult. It’s an interesting starting point that leads viewers deep into the realms of the weird. The Endless is a remarkable micro-budget film from Justin Benson and Aaron Moorhead whose previous films Spring and Resolution (to which this is something of a sequel) have proved to be cult favourites. 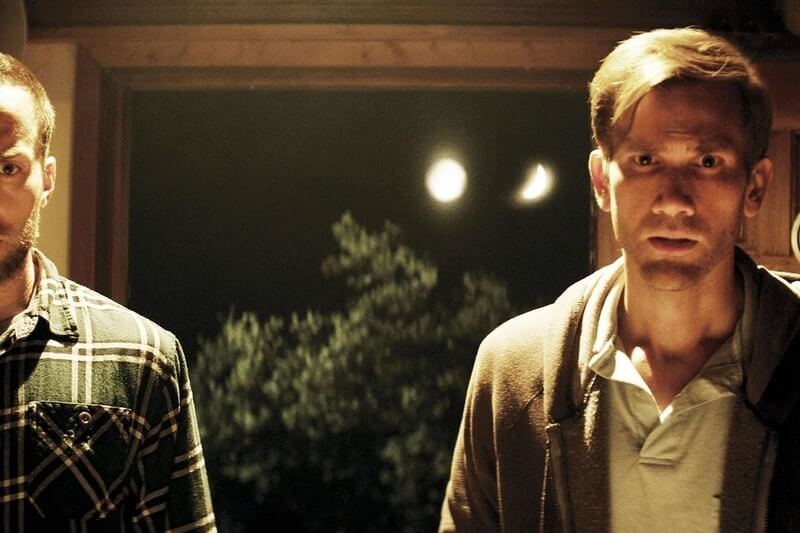 The Endless begins with Justin and Aaron (played by Benson and Moorhead, respectively) struggling to survive as cleaners after growing up in a cult. After one dinner of two-minute noodles too many, the brothers decide to return to the cult to put an end to the question of whether life really was better on the outside. Once the brothers return to the small village, Camp Arcadia, where the cult reside, Justin and Aaron are met with kindness forgiveness. Leading them to question whether they should have left in the first place. And that’s when things begin to get odd, taking viewers on a bizarre but well-crafted journey.

The writing of The Endless is solid. There are some moments of triteness, especially during the opening exposition. But they are fleeting and don’t detract from the overall film. Like their earlier films, The Endless is an investigation into decisions and their consequences. Nobody in this film is without their guilty secrets, and they all make regrettable decisions that impact those around them. What Moorhead and Benson do well is to delve into how people resolve these issues and move beyond them, repairing or abandoning relationships. What’s really awesome is how they get this deep philosophical exploration packed into an excellent science-fiction horror film. 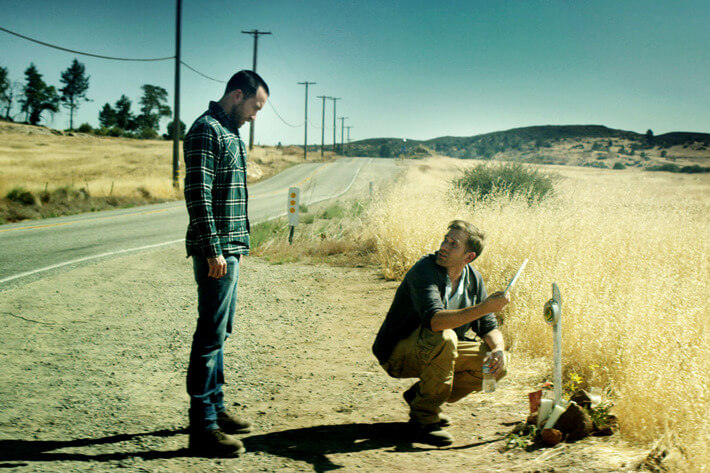 The acting in The Endless isn’t amazing, but the ensemble cast works well and the dynamic between Benson and Moorhead carries the film. Tate Elington is perfect as Hal, the creepy and all too-friendly unofficial leader of the cult. He exudes long-suffering humility and genuine kindness, but manages to exude a not-quite-right-otherness that helps develop the unease that bubbles under the surface of the film. When Peter Ciella and Vinny Curran appear as Michael and Chris from Resolution the level of horror really being to ratchet up.

The cinematography in The Endless, Aaron Moorhead does a good job of framing and setting up his shots. He has some very effective pans and transitions but is ultimately hampered by the limits of his equipment. The film has the flatness and lack of depth that comes from using the Red Dragon. While this adds to the strange atmosphere with its homebrew aesthetic, it does mean some of the beautiful and strange landscapes don’t get the representation they deserve. The SFX are sparse and limited, but still effective even though they’re not great. While they show the limitations of the film’s budget, by the time they are needed the viewer is sufficiently invested to willfully suspend their disbelief. 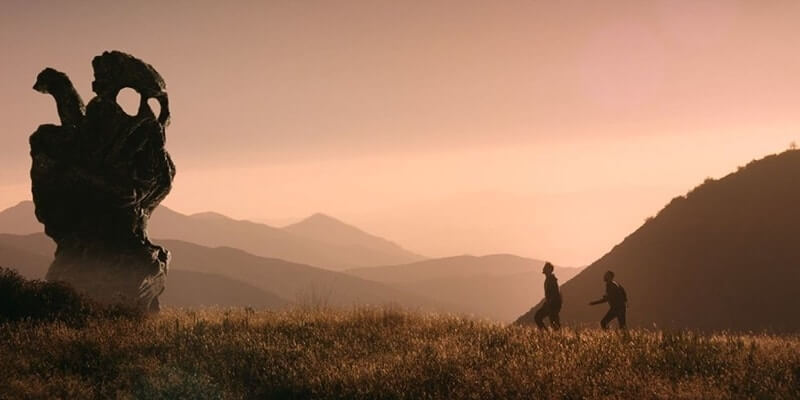 The DVD release is a bit of disappointment, but an understandable one. There are no extras. The picture and sound quality aren’t great or consistent. But given this is a shoe-string film, Resolution was made for under $20,000 and Moorhead and Benson claim that this was made for next to nothing. In terms of bang for its buck, The Endless is well worth dropping some coin regardless of its lack of extras. 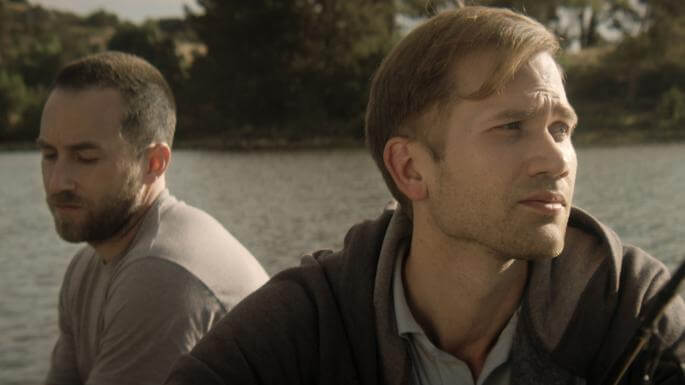 The Endless is weird fiction, or Lovecraftian horror, whichever you prefer to call it. Lovecraft’s horror and the genre it inspired was about more than cultists and overt racism. He was also obsessed with the Otherness that alien races and gods would possess. He wrote of other civilisations that would be so far beyond our ken, that madness would be the only way we could process their existence and immense power. In return, these alien races and gods were largely indifferent to us. Humans would be the earthbound ants crawling around in the dirt while cosmic giants tower indifferently above us. The Endless, as its title suggests, falls well into this genre. Once the brothers return to the cult, things begin to become strange. There is no overt horror in the film and only fleeting moments of surprising, but extreme violence. Horror in The Endless is rooted in the powerlessness and helplessness of the characters in the film. This is an intelligent and thought-provoking experience that will linger with viewers long after the credits roll.