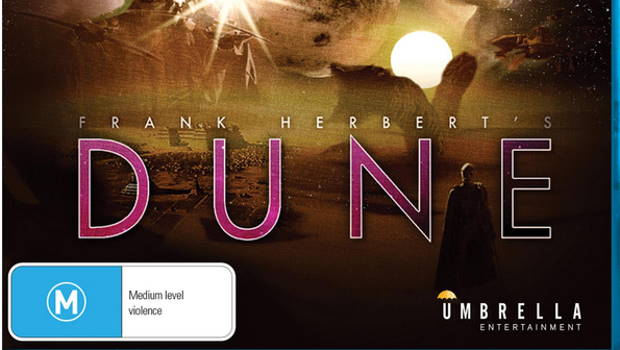 Summary: Inconsistent performances and special effects result in a mediocre telling of the Sci Fi classic.

I am one of the seemingly very few people who love the 1984 film version of Dune, but I’m quite happy to look at other takes on the classic (thoroughly enjoying the gaming takes via the legendary Dune 2, Dune and handful of other hit and miss titles). So when the opportunity to review Dune – The Miniseries popped up I was very keen to finally have a look at this version that I had not managed to get around to watching till now. 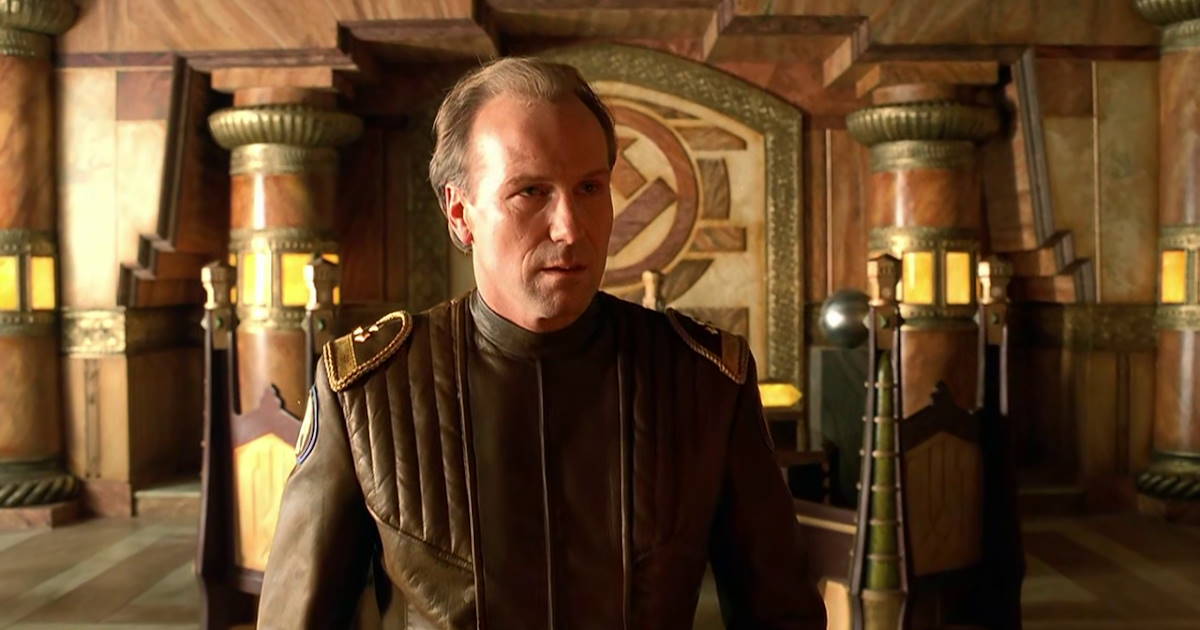 I will preface this next part by saying that we have been spoilt in the last decade or two with the production values that are now lavished on television shows, at least from the bigger production houses. This of course was not always the way and there are plenty of examples now of studios who still keep costs low by saving on their overall production spending (frequently noticeable in the costuming and set dressing/location limitations/choices). 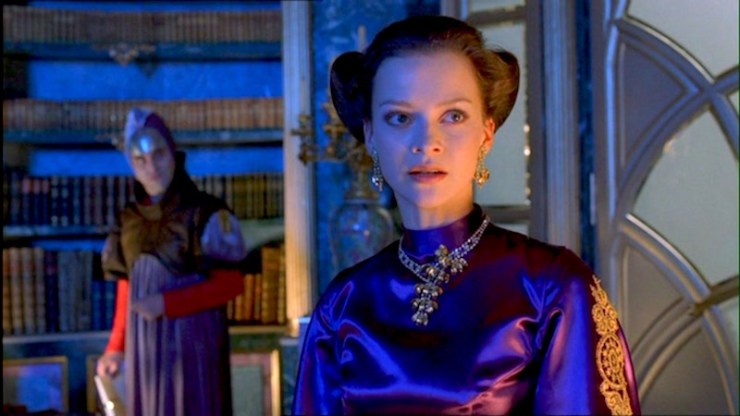 If you were/are a fan of the old Xena Warrior Princess and Hercules TV series… then you have a pretty good idea of what you are going to get here in terms of production value and you will likely be quite happy with it. I remember even at the time those shows were released thinking that they looked a bit cheap (especially Hercules… but I was used to having Hercules portrayed by truly epic looking actors such as Lou Ferigno and Steve Reeves… Kevin Sorbo was never going to cut it for me). The point here is that Dune – The Miniseries swings from looking half way decent, to looking pretty darn shoddy. Even down to the lighting choices and general cinematography… it reeks of cutting costs (watching the making of, very early on the “reasoning” was given that they could fly out to a location and have it shot in a suitable location… or, they could film it on a set and have control over the whole scene… decent reasoning… if you then invest in making the sets look good). The single tone lighting choices (ie I suspect they literally just put a colour gel over their lights to bathe the scene in whatever tone they were after), make the images look like they are taken from a theatre production. There are scenes in which the actors have to simulate running against what certainly appears to be a big projection screen… it just looks very cheap and nasty. Keep an eye on the Fremen’s eyes too as they are not consistently blue. 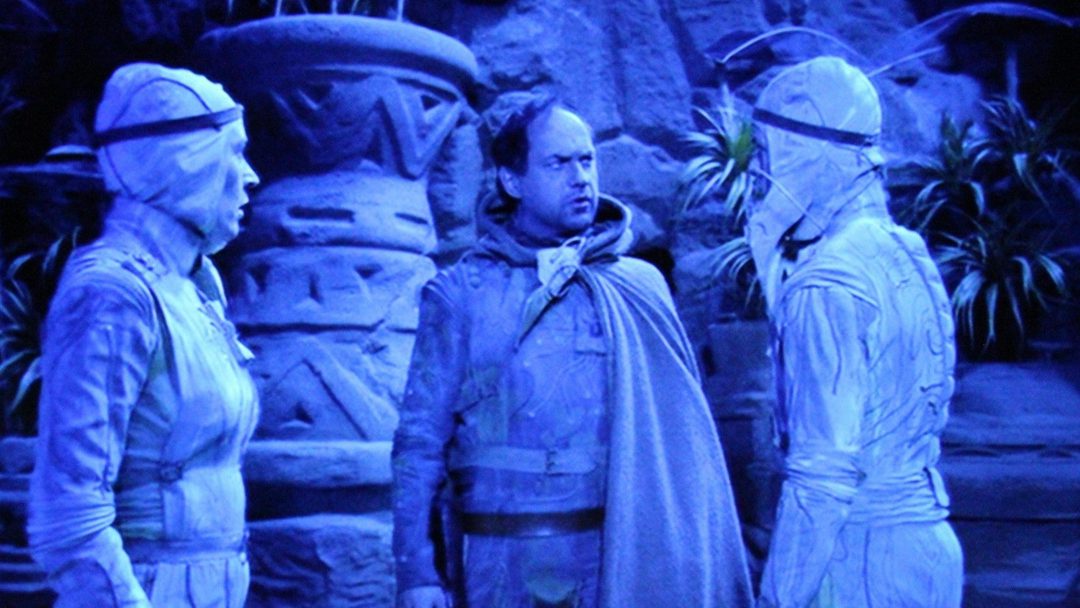 Even if I could look past the poor production values/choices… the acting is pretty hit and miss too. In some scenes the actors will seem engaged and as if they really believe the lines they are delivering, in others it feels like a first read through that for some reason was recorded… as if they are just reading the lines and getting a feel for them but not really delivering them with a sense of them being their words. 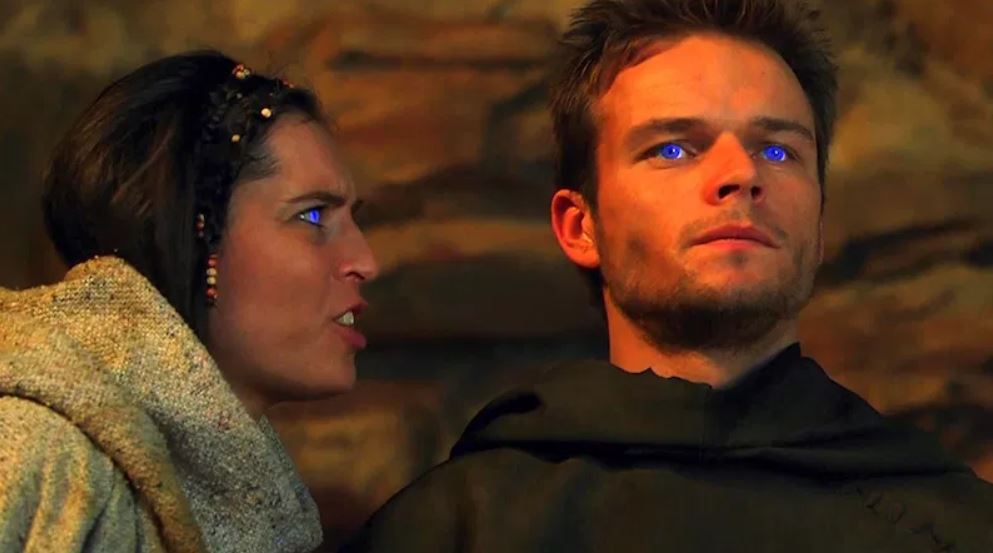 Despite all of this… it was still enjoyable, but it did teeter very close to just being too low quality/rough around the edges. Much of it could simply come down to personal aesthetic choices (I really don’t like Karate Kid Paul in his big confrontation), but I do feel it isn’t up to the standard I’d normally like to watch. I am very much looking forward to seeing the new take. 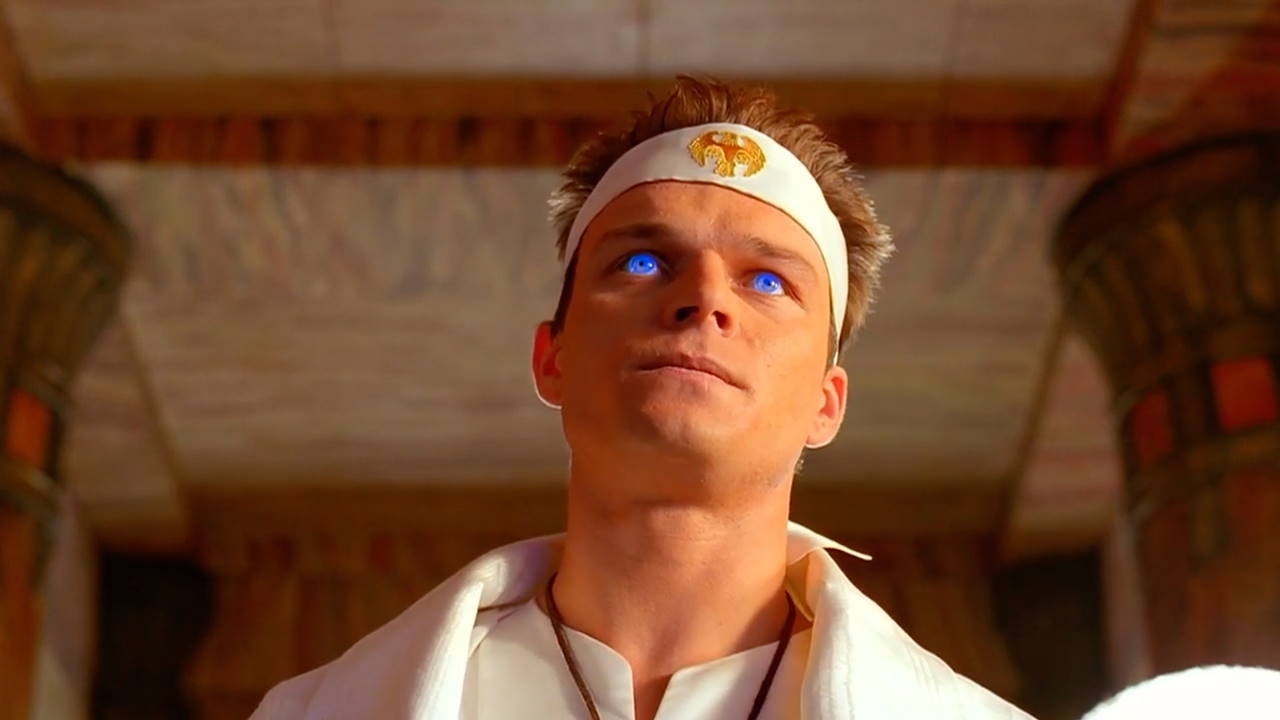 I’d only really recommend this to people who like the style of Xena and Hercules as I feel it’s the same general atmosphere of those productions, otherwise give the 1984 film another chance or watch the latest take on the classic novel.