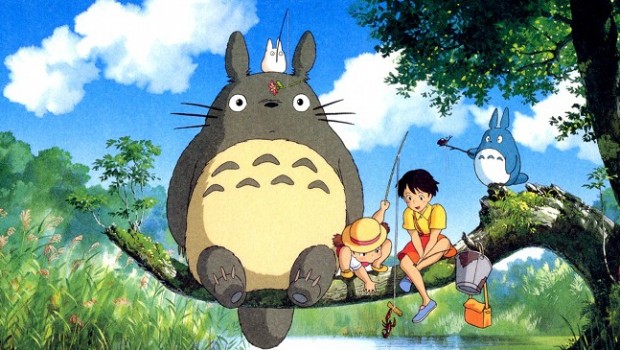 THE TALE OF STUDIO GHIBLI SHOWCASE – In Cinemas Oct-Dec 2014

In 2004 Madman’s theatrical division launched with two innovative Studio Ghibli feature film showcases, ‘The Miyazaki Showcase’ and ‘Takahata and Other Classics’. Now, ten years later Madman is thrilled to announce THE TALE OF STUDIO GHIBLI SHOWCASE: CELEBRATING THE GENIUS OF HAYAO MIYAZAKI AND ISAO TAKAHATA – a selection of four masterpieces from these visionary filmmakers, paired with two feature length documentaries offering exclusive behind-the-scenes insight into the making of their latest award-winning films, THE TALE OF THE PRINCESS KAGUYA and THE WIND RISES.

Co-founders of renowned Japanese animation house Studio Ghibli, Hayao Miyzakai and Isao Takahata are two of the most celebrated filmmakers of all time. As creators of some of the most beloved and award-winning animated features the world has known, their legacy is one of unrivalled imagination and unsurpassed excellence.

THE TALE OF STUDIO GHIBLI SHOWCASE features not only their 2013 masterpieces in Takahata’s THE TALE OF THE PRINCESS KAGUYA and Miyazaki’s THE WIND RISES, but also the two films they each made 25 years earlier which cemented their reputations and made the name Studio Ghibli synonymous with quality – Miyazaki’s MY NEIGHBOR TOTORO and Takahata’s GRAVE OF THE FIREFLIES.

Complementing these feature films in THE TALE OF STUDIO GHIBLI SHOWCASE are two revealing documentaries, THE KINGDOM OF DREAMS AND MADNESS and ISAO TAKAHATA AND HIS TALE OF THE PRINCESS KAGUYA, each providing unrivalled access to the inner workings of Studio Ghibli and the painstaking creative process behind the creators’ most recent films.

THE TALE OF STUDIO GHIBLI: CELEBRATING THE GENIUS OF HAYAO MIYAZAKI AND ISAO TAKAHATA is currently confirmed to screen at the following locations and dates.