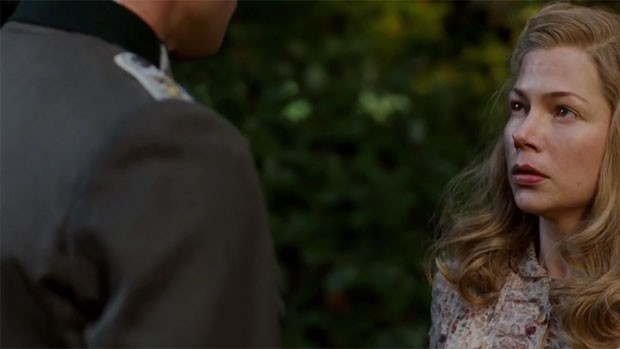 Summary: ‘Suite Française’ is certainly not the most original story but it is a fine period drama and tragedy showing how unfair life can be in love and war.

Loving thy neighbour can be complicated in times of love and war. And World War II is the setting for the romantic, period drama, ‘Suite Française’. The film is a subtle and unoriginal story about an unlikely couple and their acting out of some forbidden love. 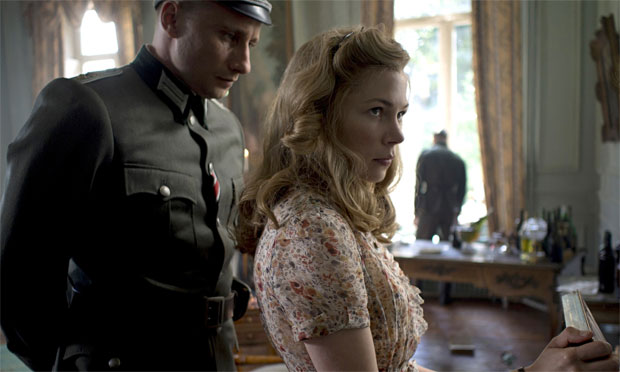 The film is directed by Saul Dibb (‘The Duchess’) and he doubles as the script-writer along with  Matt Charman (‘Bridge of Spies’). The story is an adaption of a novella by the late writer, Irène Némirovsky who was originally born in Russia and was of Jewish origin. The story of the book’s author is actually an interesting one as she would eventually move to France and convert to Catholicism. She penned a few books and stories but she would die in 1942 from typhus at Auschwitz. Her manuscript for “Dolce” or what would later become, ‘Suite Française’ was not discovered until years later by her daughter and became a best-seller in the naughties.

‘Suite Française’ is a work of literary fiction about World War II and tells the story about the good-hearted and well meaning, Lucile Angellier (Michelle Williams). She is trapped and living with her icy and ruthless mother-in-law (Kristin Scott Thomas) at the latter’s country estate in France. Their domestic bliss is shattered when Lieutenant Bruno von Falk (Matthias Schoenaerts) a German soldier moves in after the invasion and subsequent occupation of France. The Lieutenant proves to be a sensitive and cultured man who plays the piano. 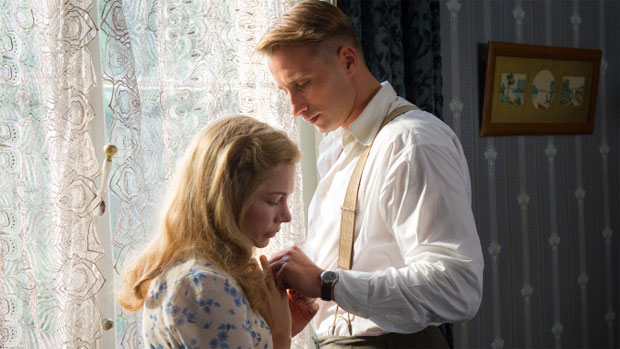 Lucile and the officer fall in love with each other and are characters you can easily empathise with, but questions about collaboration and compassion abound. There is also a strong sub-plot where Sam Riley (‘Control’) plays a poaching and injured farmer who kills a horrible German solider and is subsequently forced into hiding. The supporting cast also includes Ruth Wilson and our very own, Margot Robbie.

‘Suite Française’ is certainly not the most original story in a film genre that is already burgeoning with different ideas and stories. It’s also a tad confusing to see the actors speaking in English accents whilst portraying French people, especially as the German characters are allowed to speak in their native tongue. If viewers can get past these minor quibbles they can enjoy one intense and engaging romance and adaption. It’s a film that is suspenseful and engaging and boosted by a great cast and some good performances. In all, this is a fine period drama and tragedy showing how unfair life can be in love and war. 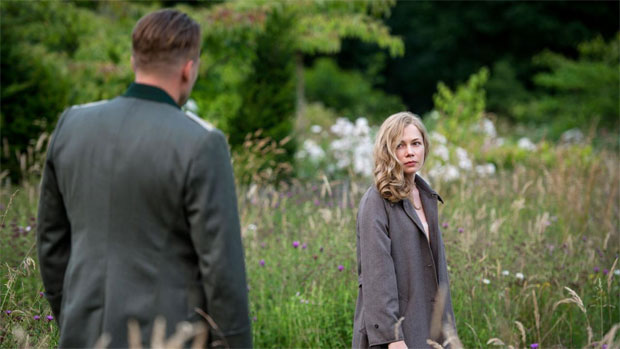 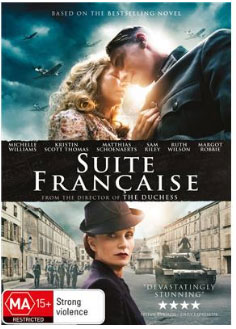