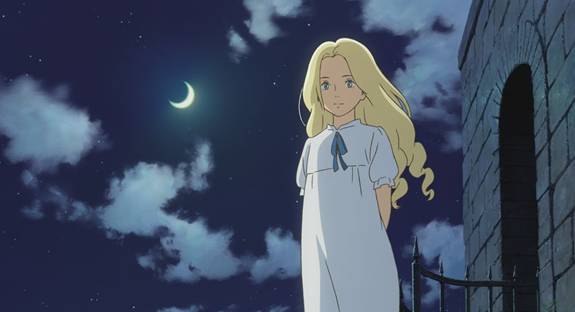 Studio Ghibli’s WHEN MARNIE WAS THERE – In Cinemas May 14

Madman Entertainment is proud to announce WHEN MARNIE WAS THERE, the latest film from Studio Ghibli will screen across the country, from May 14th, 2015.

Twelve-year-old Anna believes she sits outside the invisible magic circle to which most people belong, and shuts herself off from everyone around her. Concerned for her health, Anna’s foster mother decides to send her to rural Hokkaido to stay in a sleepy town by the sea. As she dreams her days away amongst the marshes, Anna finds herself strangely drawn to the enigmatic house which sits upon the edge there. This is where she meets Marnie, an energetic young girl who seems to appear from nowhere. The pair quickly become inseparable.

One evening, Marnie makes a heartfelt request of Anna: “Promise me something – that we’ll remain a secret, forever.” Anna begins to wonder about her newfound friend and is compelled to investigate the truth about her. As she is drawn deeper into Marnie’s world, she begins to learn about family, friendship and kindness.

Based on the beloved novel by Joan G. Robinson – available now through Harper Collins in Paperback and Ebook – WHEN MARNIE WAS THERE is the latest film from Studio Ghibli, and the second feature film by Hiromasa Yonebayashi, the director of ARRIETTY. WHEN MARNIE WAS THERE screens May 14 – 27, as a strictly limited two week season in both subtitled and dubbed versions (where indicated) at the following locations: