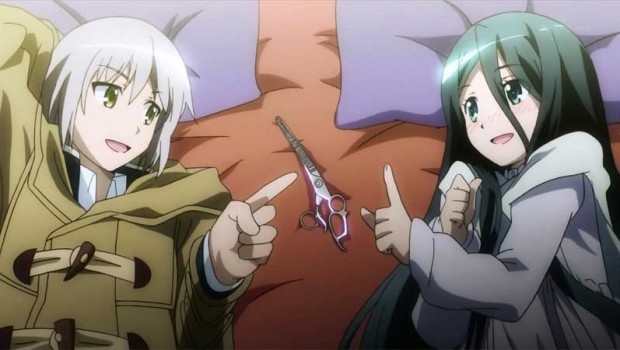 Summary: The Severing Crime Edge Series Collection is all about hair fetish, murder and ancient curses!

Collecting all 13-episodes, The Severing Crime Edge Series is indeed a very strange anime story that revolves around Kiri Haimura who has a passion for cutting hair that borders on fetishism. This leads Kiri to the beautiful Iwai Mushanokoji, a strange girl who has never had her hair cut and when he becomes involved in this walking mystery, he is drawn into a dark world of ancient murder and bloodshed.

As the story progresses, we soon learn that Iwi is linked to an ancient curse that is broken when her hair is finally cut and as a result, they form a bound that is dictated by a pair of magical scissors that Kiri actually owns. It’s also a little creepy in terms of their relationship, especially as Kiri stalked her. 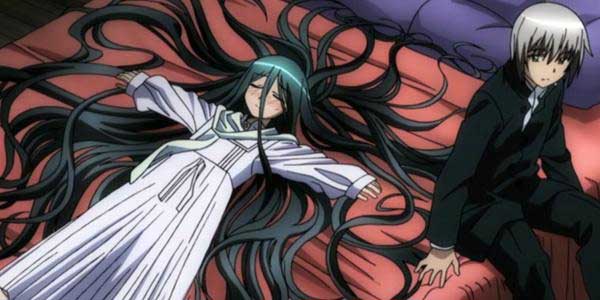 We also learn that these scissors are actually cursed as well and imbued by the corrupt soul of a murderer. These items are known as Kill Goods that are also littered across the planet. The Kill Goods are actually the only tools that can kill Iwi who is dubbed the Queen of Hair and according to legend, the person who kills the Queen will be granted one wish.

Learning of Iwi’s current distress, Kiri vows to protect her as they are chased by murderers or Authors as they are known in the series who are hell bent on killing the Queen which leads to some very bloody and spectacular violence. Some of these Authors were quite noble and just want their curse broken, whereas other are much nefarious in their actions. Together, these characters make some interesting dynamics and storytelling in this series.

Given that, the characters of The Severing Crime Edge Series Collection are a little on the strange side, especially Kiri who has this unhealthy obsession with hair who likes to cut hair, smell hair, hide hair and touch hair which is like watching some weird fetish unplay… it is a little disturbing, although Iwai thinks its harmless. It’s a little odd but also a little intriguing. Another interesting premise in the series are the Authors themselves, the people who hold these cursed items and are linked to familiars that help let out their murderous intent. Without these people, the Authors become bloodthirsty murderers. 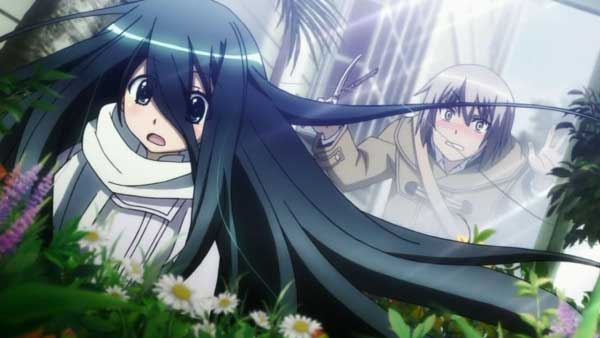 For me, the highlight of the series was the backstory that revolves around the Authors and of course how Iwai the Queen of Hair was part of this ancient jigsaw puzzle. Kiri was interesting in this goofy harmless way, especially with his hair fetish and magical pair of scissors. In terms of the MA15+ rating, the Severing Crime Edge Series Collection can be quite violent at times and the action sequences are sometimes quite spectacular to watch unfold. The animation is also a highlight of the series but don’t expect too much fan-service but there are some really cool Easter eggs to be found throughout the series that I won’t spoil here. It’s a very interesting series that is a little too convoluted and disjointed at the best of times. 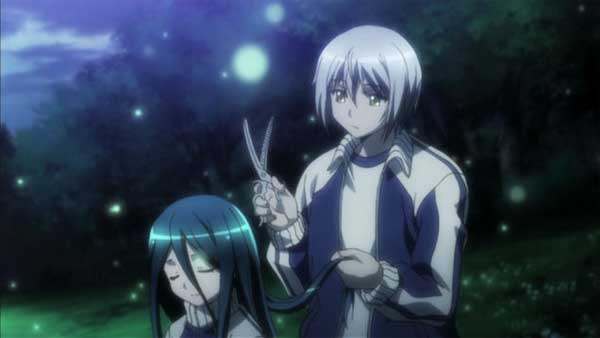 The Severing Crime Edge Series Collection is definitely not your normal anime and features fetish, violence, curses and hair. It is a very well presented series that boasts strong animation and decent voice acting. The episodes range from decent to sometimes mediocre and I’m not sure if some things got lost in translation in the entire process.

Nonetheless, The Severing Crime Edge Series Collection is definitely for those lovers of anime who are after something quirky, a little disjointed and lovers of hair smelling! 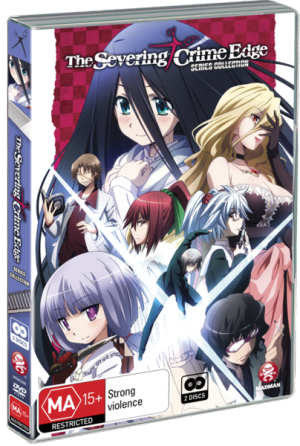