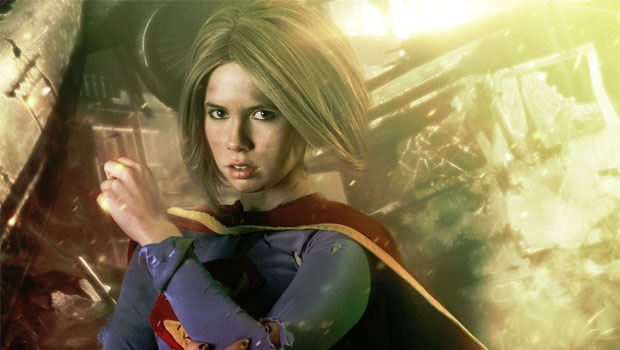 We catch-up with cosplayer Florencia Sofen to talk about… well, cosplay of course!

Hi and thank you so much for this chance! I’m very excited!

Well, I think I started in one of the best ways: playing. The first big convention in Valencia was on 2006 and my sister and I saw on the internet those amazing cosplayers from Japan. So we started cutting our old clothes and trying to do our best just for fun and for getting ready for that BIG convention (It was not as big, but it was for us).

When i moved to Madrid on 2010, I met many cosplayers and people involved in conventions… that was when i get more serious on it. Also, cosplaying gave me lots of new challenges about photography issues. I learned a lot about retouching because of that… it was a vicious circle hahahaha. 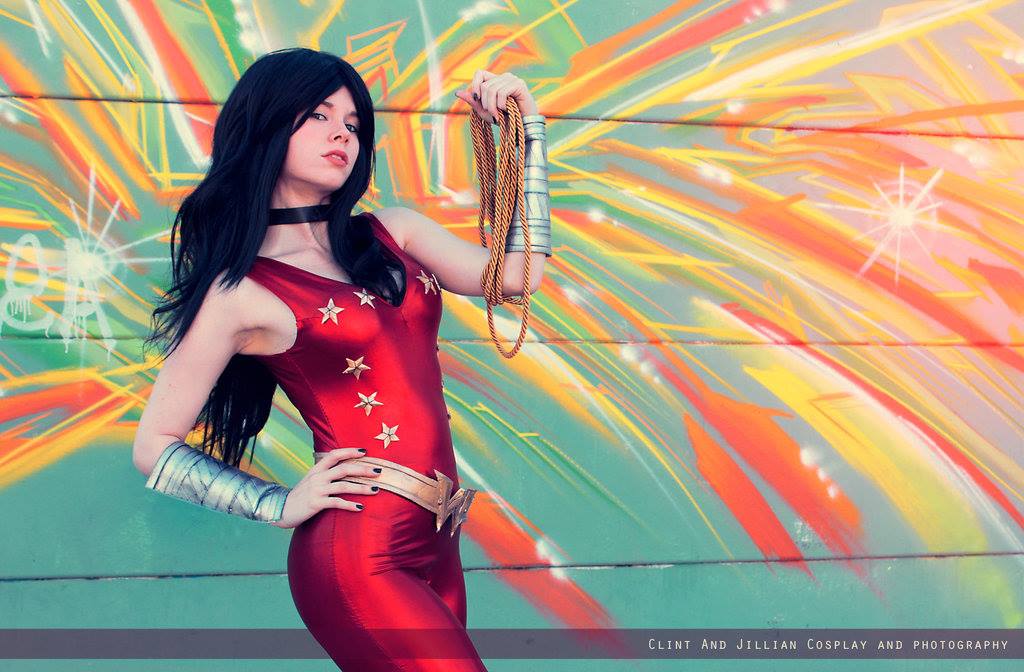 Who has been your favourite character that you have cosplayed so far?

I have to answer  different categories for this question :) … and I can’t choose because I’m in love with each one I did!

From Marvel, Magik is my top one above all. She was my character since I started roleplaying when i was 12! I love her story and everything. Captain Marvel too, but not as much as Magik ;P

From DC, I have to say Mera and Madame Xanadu. I feel very well in both characters.

Atom Eve and Gwen Dylan were funny and amazing too.

I CAN’T CHOOSE ONE!

Which character has been the most challenging to create?

I think they were Enchantress and Mera. I did both costumes with few references from the character (6 months before we had more information about them) so I had to imagine lots of parts of the costume! Some of them match perfectly at least, but some of them… well, i had to redo them from the beginning.

In terms of the “complete” character, Enchantress was hard. I didn’t know how she acts and which were her powers. I took some movements and poses from “The ring” and classic magic poses from comics of Vertigo. That was the result! :P 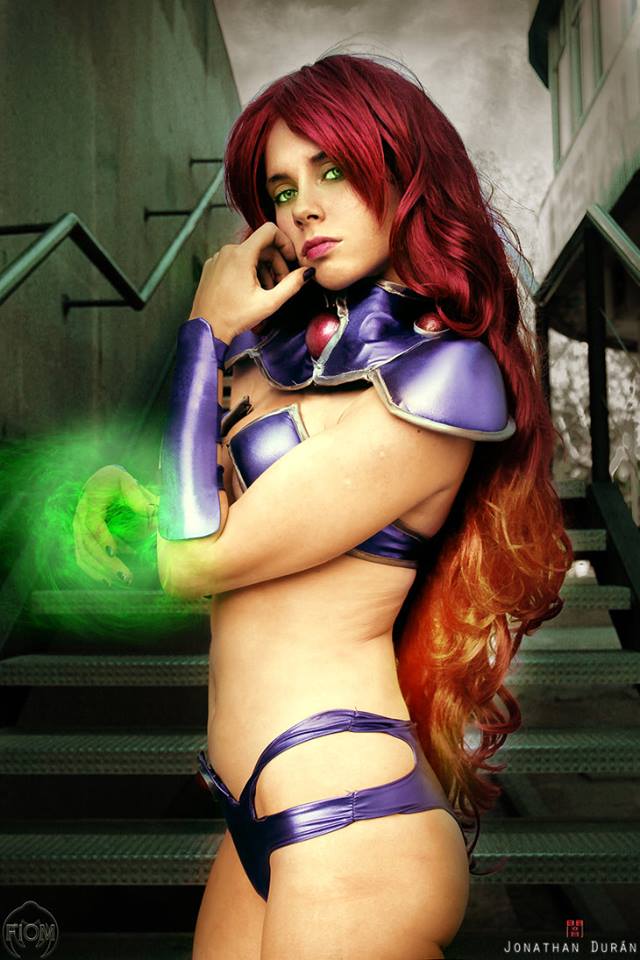 Which character have you enjoyed cosplaying the most?

Wow… it’s difficult… But I think Supergirl or Harley Quinn. Both of them gave me lots of beautiful experiences with the people, especially with children. I’m not “Florencia Sofen” with them, iIm Harley or Kara, and it’s great watching them as excited as you are cosplaying them. With Supergirl I feel confident and strong, but I’m more funny and relaxed with Harley.

It was… myself. I think I’m very similar to the character. I came to Spain from very far and I have to survive in a new world! Hahahaha. Seriously, I feel strong and with lots of love to give. Maybe that’s the effect that Supergirl has to give: Hope and joy in spite of adversity. 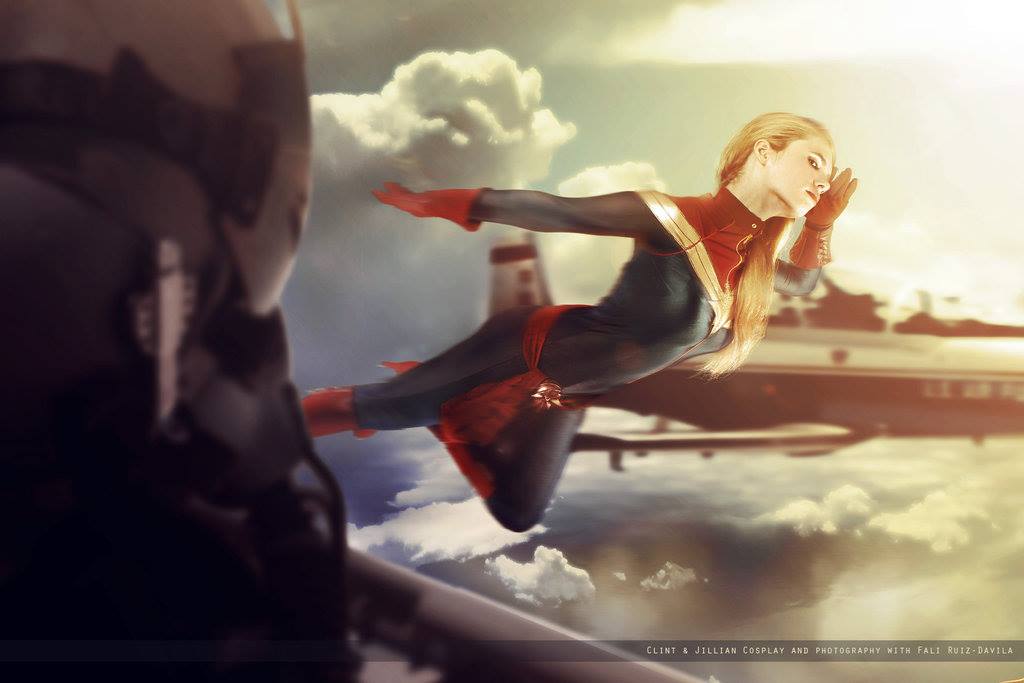 But I think all the artist around me inspires my work. I’m lucky to have lots of comic artists in my country. I can talk with them and know more about their art. When i did Mockingbird and Captain Marvel, David Lopez was a very strong support and inspiration, I made some photos and poses from his comics and he helped me a lot.

One of the things that keeps me going on with cosplay is making tribute to all the things that completes me, comics are very important in my life and I want to do it as well as I can for those people that work on it! 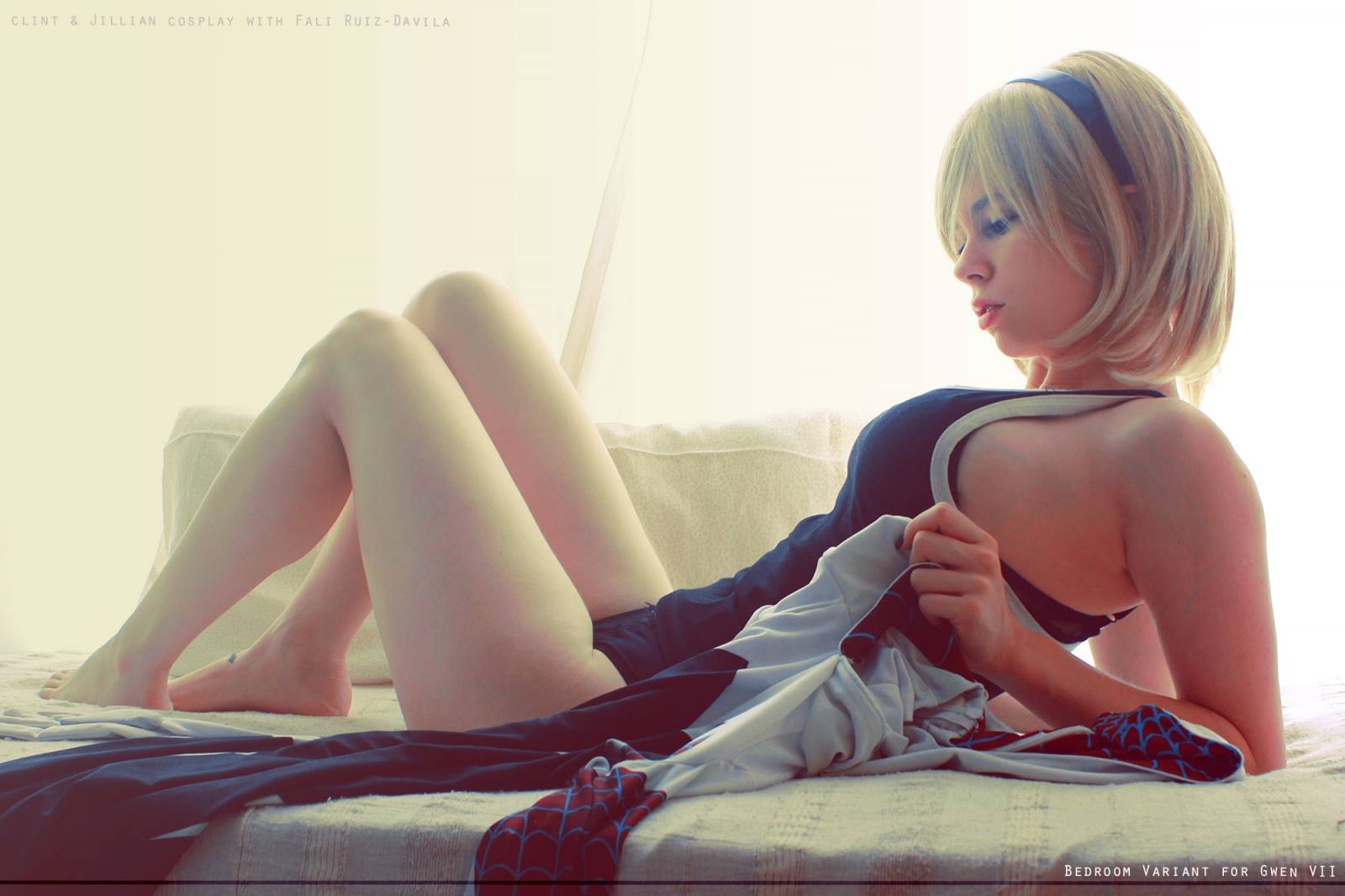 What are you currently reading in comics?

Now? Doom Patrol of Grant Morrison, and I have to finish his comics of Animal Man too! After that, I’m planning reading again X-Factor from Peter David, it’s my fav collection.

How about video games? Tell us what you’re currently playing?

Well, I’m trying not to be a terrible noob on Overwatch, that’s my personal challenge xD

If you had unlimited money and time, who would you cosplay and why?

Oh, I have it very clear on my mind… Hawkgirl. It’s my frustrated dream all these years! I can’t afford for the wings I want to do and I don’t have space to have them. Someday… 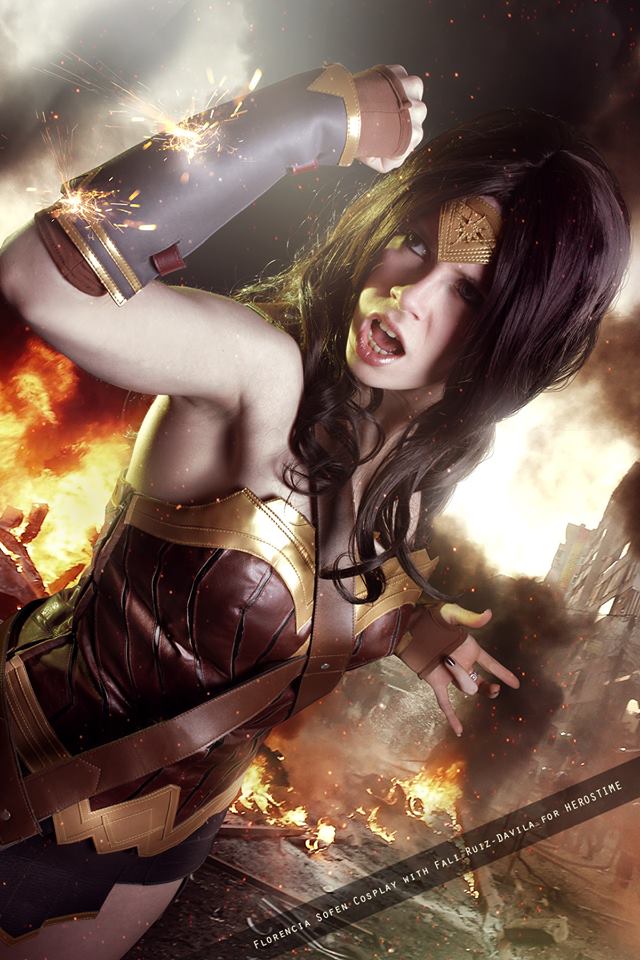 Tell us who your favourite comicbook character is and why?

Hahahaha, I bet you can’t guess it… It’s Swamp Thing.

I fell in love with the story since the first time I read it. I love what the character means, all the social issues that are behind the stories and, of course, it’s the best strange love story of comicbooks. Everything is dark and weird, but it’s beautiful at least…

I want to finish some pending issues… I want to do my Magik costume again and make it better. I want to make a Huntress cosplay and have my Birds of prey with me! And about videogames… I would love to make any costume of Morrigan from Dragon Age or Mileena from MKX! 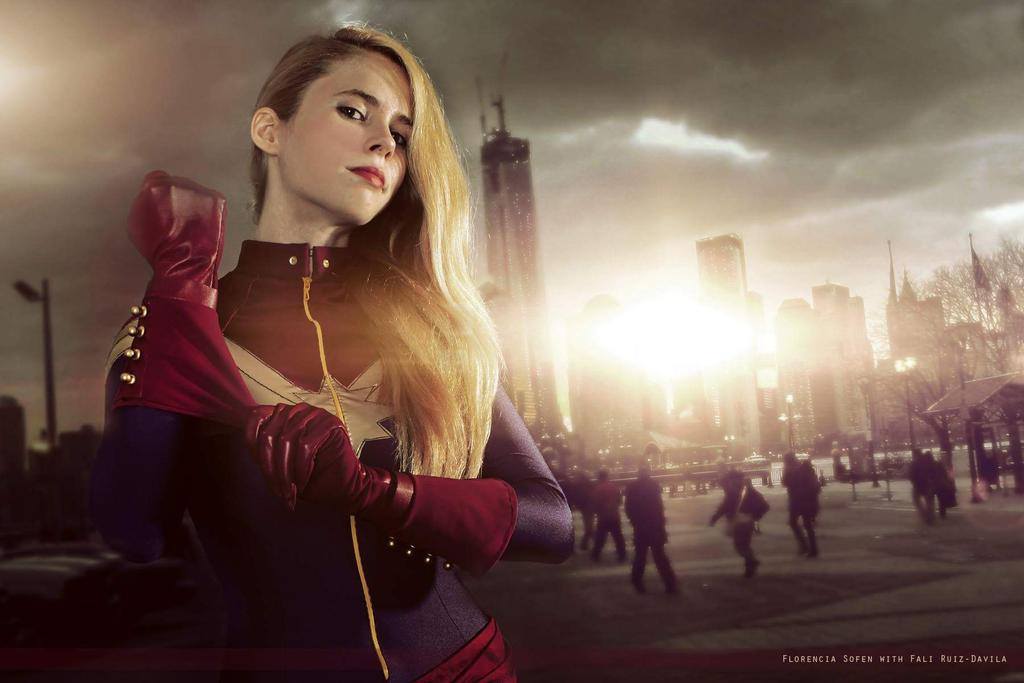 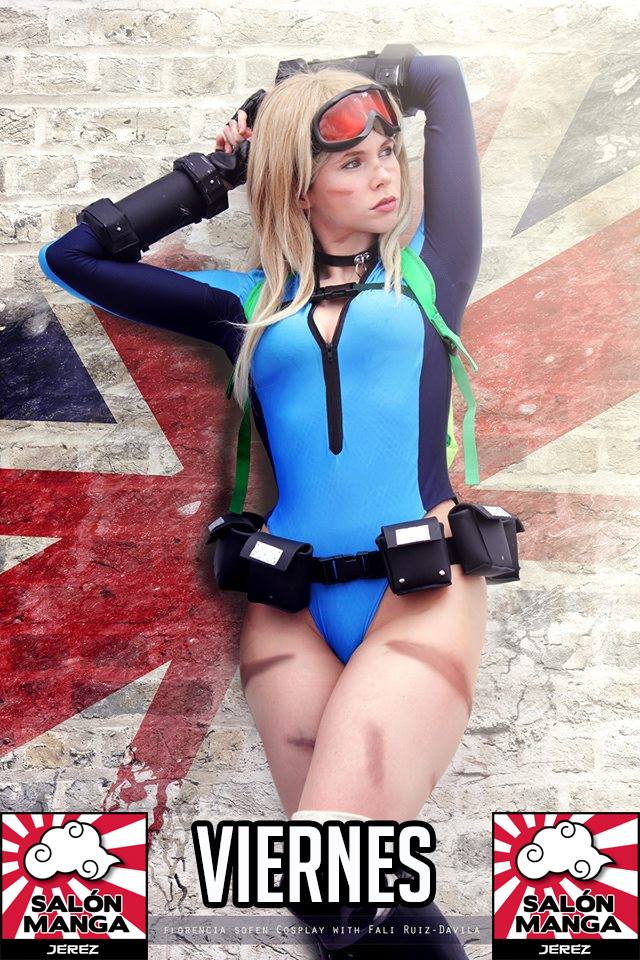 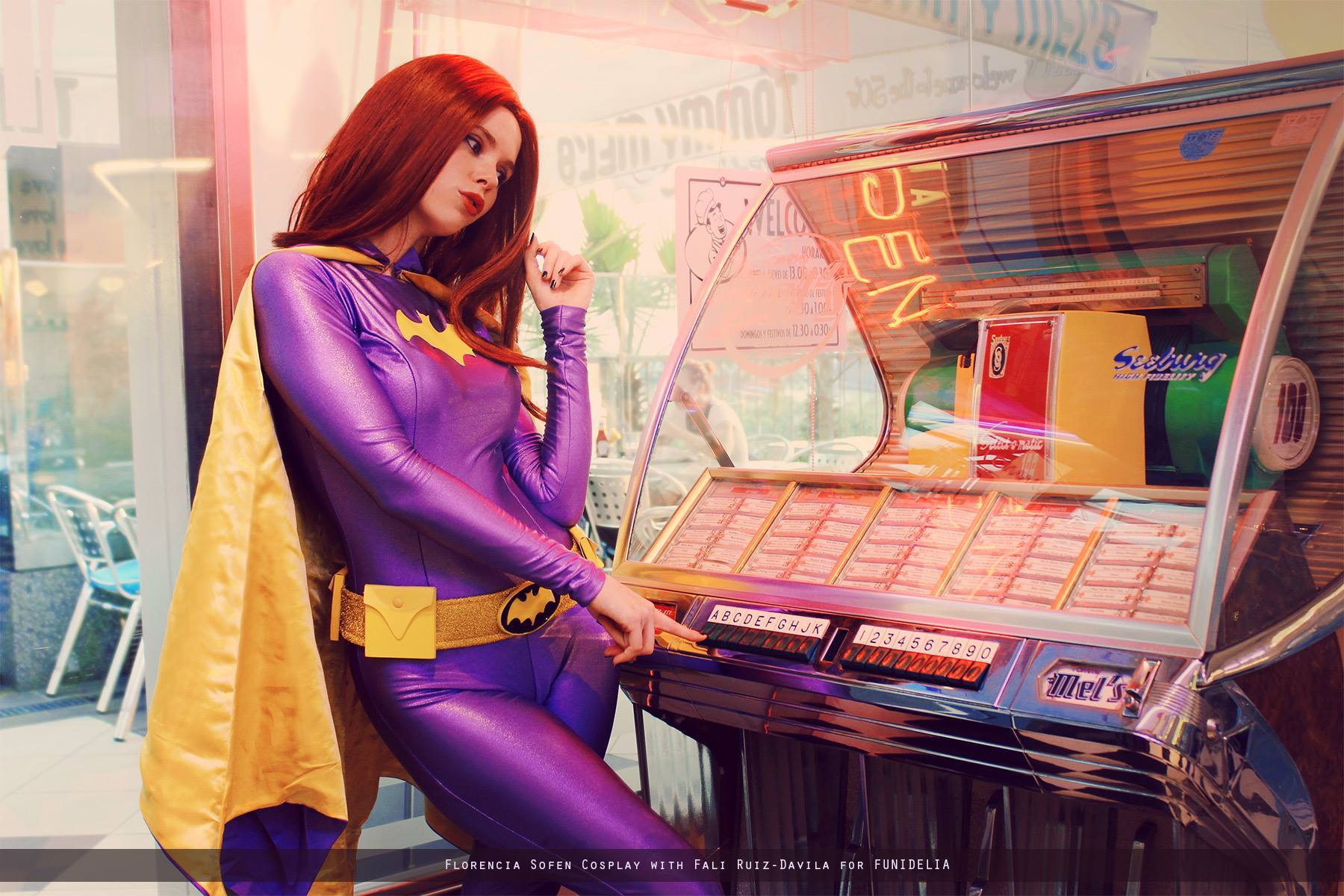 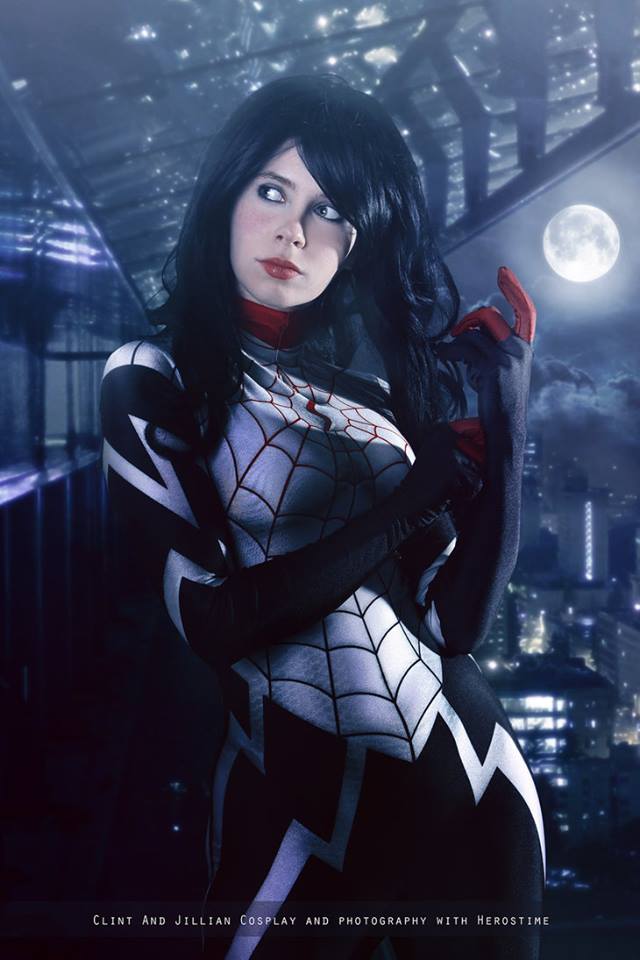 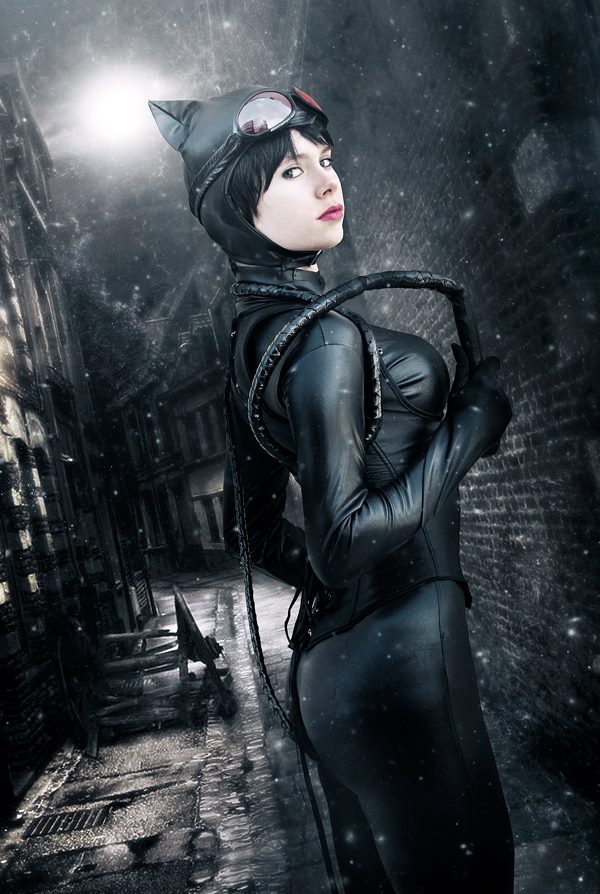 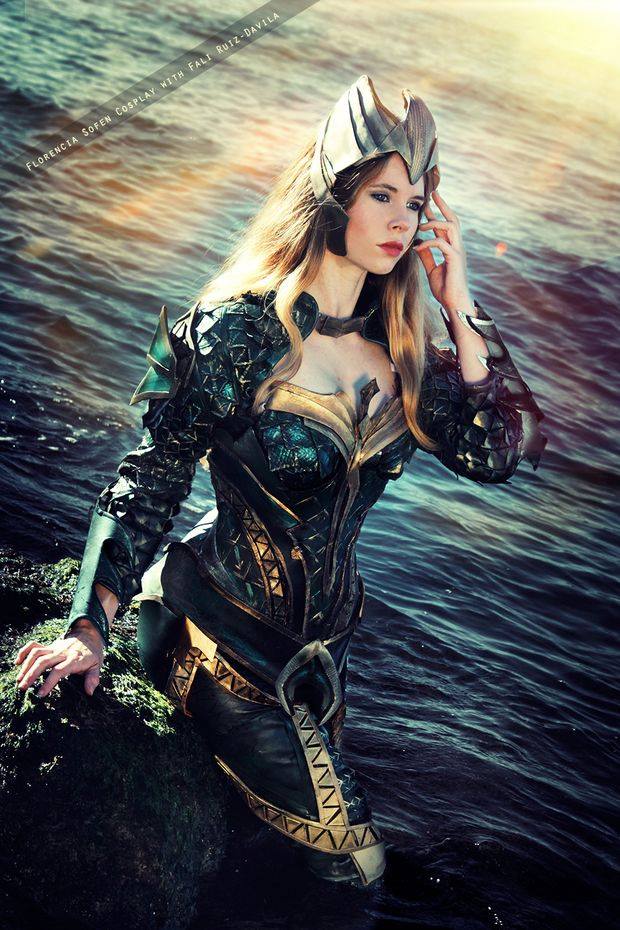 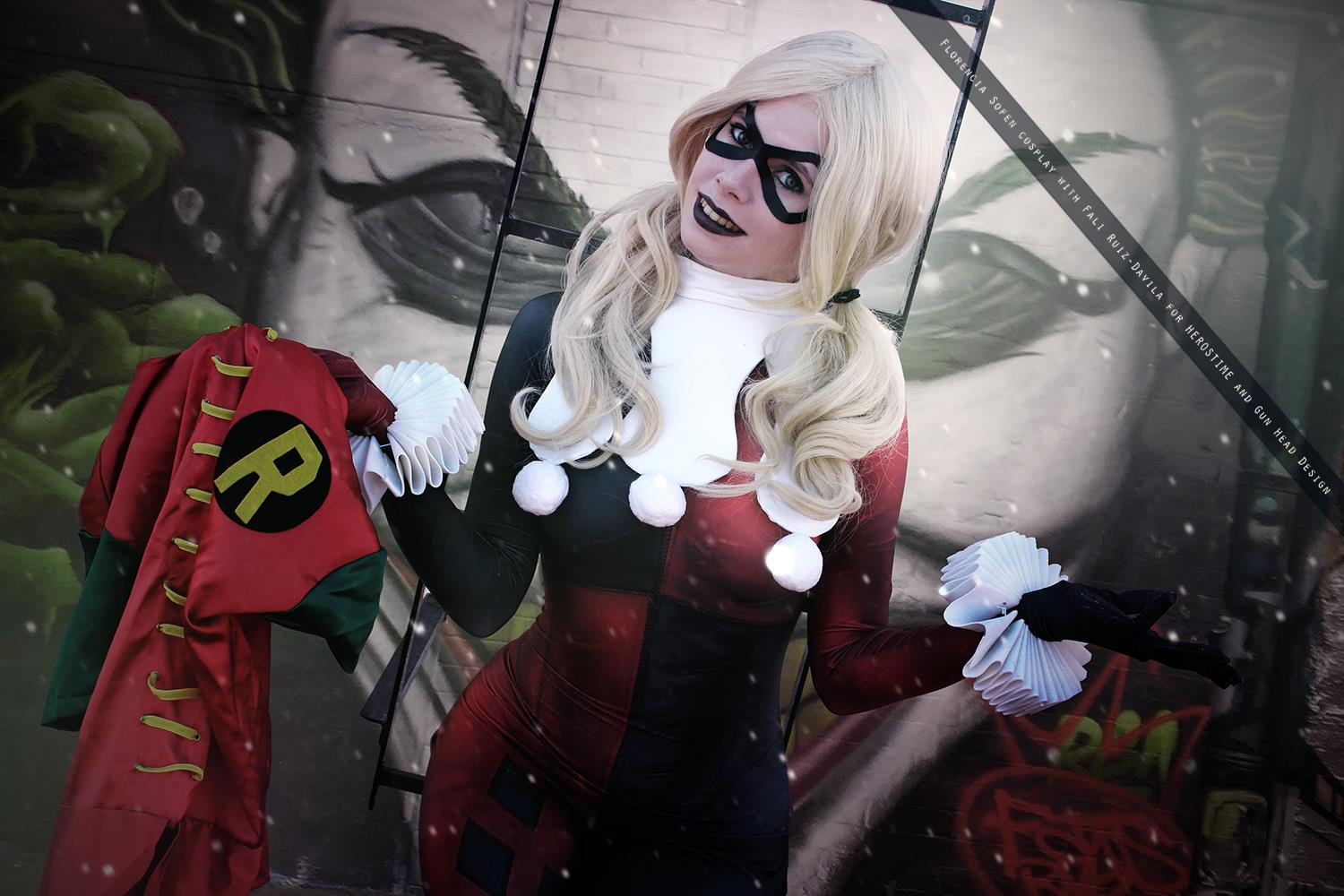 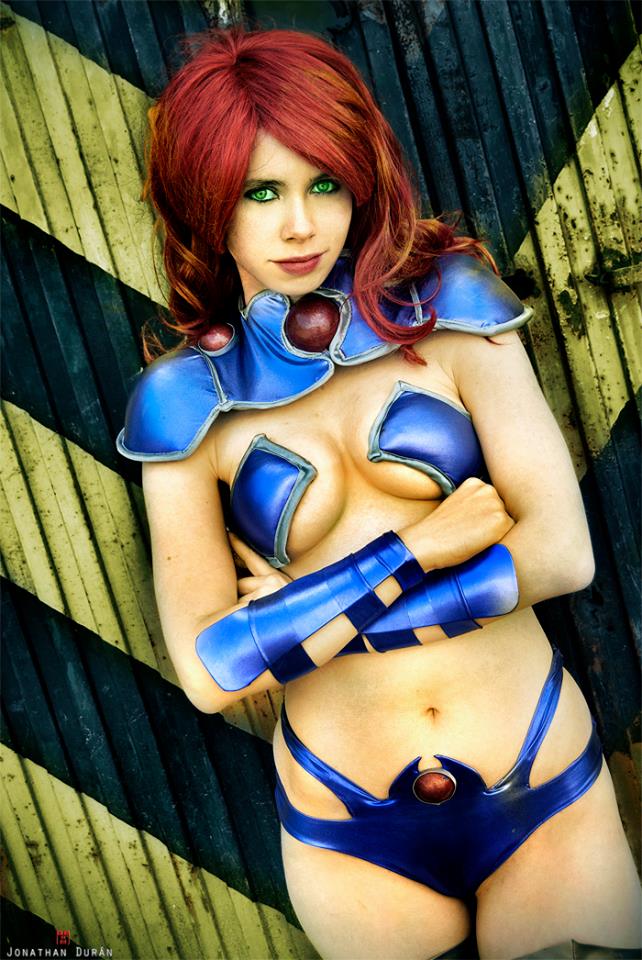 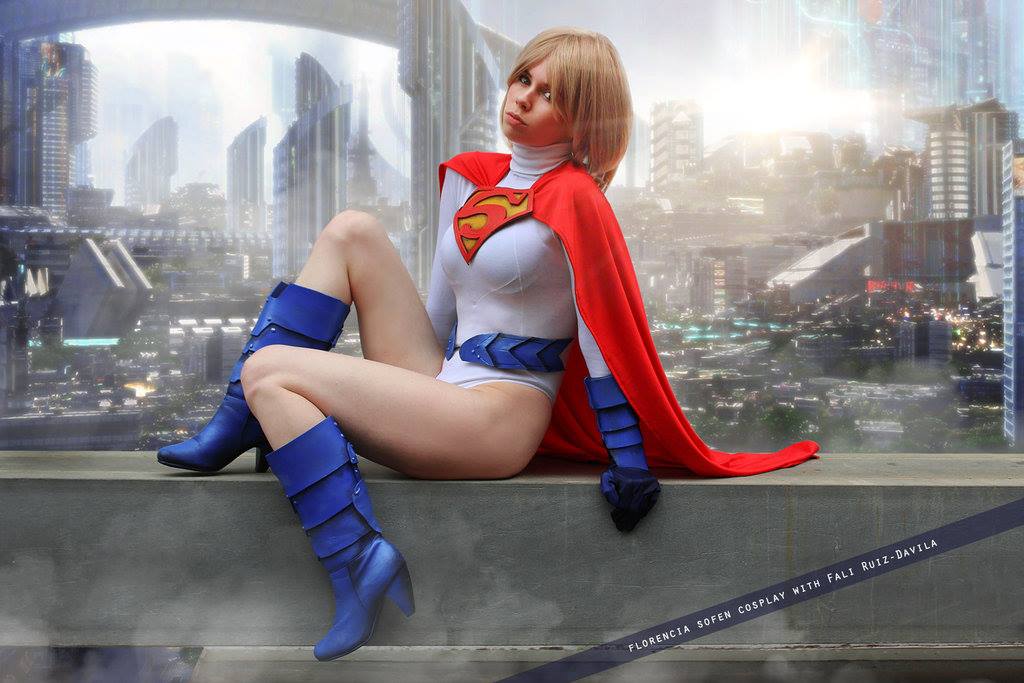 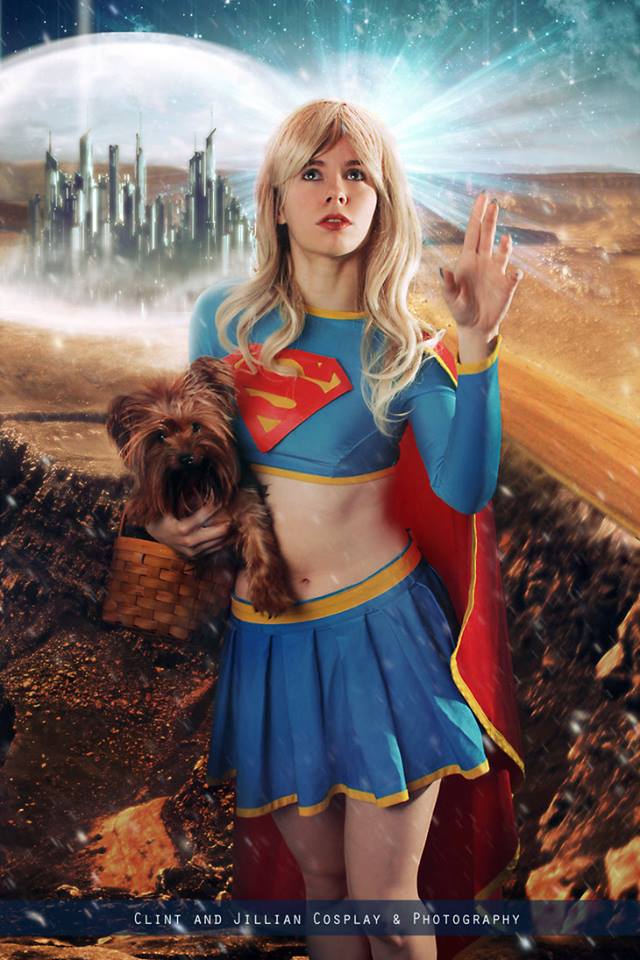