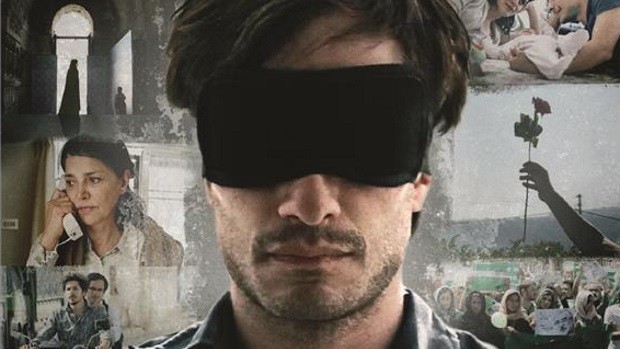 Summary: ‘Rosewater’ is a film that should make you feel outraged and upset, instead, it fails to cut through

‘Rosewater’ is an important story that should have been told. But the film itself sees the events presented in a positively dull way. The film marks the directorial debut of ‘The Daily Show’s’ Jon Stewart who goes off on a tangent away from humour and wit and instead takes a serious hand to this dark drama. But ultimately, Stewart proves to be too close to the story to make it particularly engaging or interesting to watch.

In 2009 the Tehran-born and London-based journalist, Maziar Bahari (Gael García Bernal (‘The Motorcycle Diaries’)) was sent to Iran by Newsweek to cover the country’s elections. These were the ones that saw the incumbent, Mahmoud Ahmadinejadup up against the more liberal Mir-Hossein Mousavi. Bahari found himself talking to a lot of students that supported Mousavi and this latter group were shocked when the incumbent won so they started to riot and protest.

Bahari made the dangerous decision of capturing the riots that ensued in the streets and sending the footage to the BBC. He also participated in a spoof interview with Jason Jones of ‘The Daily Show’. It was these things that saw Bahari being captured and charged with espionage by the Revolutionary Guard. Bahari was blindfolded and held in solitary confinement for 118 days.

‘Rosewater’ focuses a lot of attention on the prison/interrogator side of the story and not to detract from the pain that Bahari endured but this is just not compelling to watch. The scenes are repetitive in showing a blindfolded Bahari and his interrogator who is dubbed ‘Rosewater’ (Kim Bodnia) because of the cologne he wears. Bahari also fails to undergo much change and he doesn’t really have a dramatic arc but remains quite steadfast and strong throughout the ordeal as he imagines talking to his late father and sister who also had run-ins with the government. Instead, the ludicrousness of Bahari’s situation is highlighted (with the paranoid and ignorant guards declaring that the prisoner’s copy of ‘The Sopranos’ as pornography).

Bahari does eventually sign a forced confession and he goes on Iranian television where he admits to being a spy (under duress). While Gael García Bernal is a charismatic actor both he and his co-star Kim Bodnia are non-Iranians and speak English throughout this film, which actually detracts from the proceedings. The supporting characters are also perfunctory and two-dimensional which is a shame.

The script also features some sarcastic responses and there are quips in the film which push things into the realm of a dark comedy. This detracts from the tense drama this story could and should have been. It’s also a shame that Bahari’s Stockholm syndrome is not explored in any depth, as this would have added extra layers of complexity to his character.

‘Rosewater’ is a film that should make you feel outraged and upset. Instead, it fails to cut through and make you feel any sort of real emotion. This dark and subtle tale is a serious and monotonous endurance test that promised to be intense and gripping but really failed to be anything extraordinary. 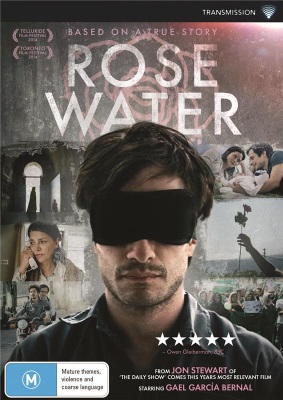