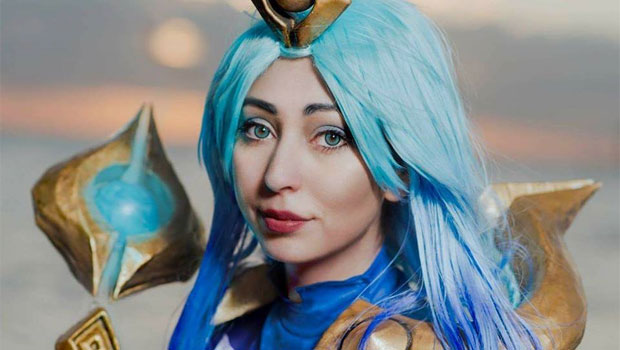 We sit down with UK based cosplay Marisa or better known by her friends and the cosplay community as “Ribbons”. She also creates all her costumes and props plus posts tutorials about cosplay. A gamer at heart, Ribbons also loves video games, Anime and Western cartoons.

Welcome to Impulse Gamer Marisa, so tell us how you got involved in cosplay?

I was watching Anime when I was about 14-15 years old and I had a sudden urge to dress up like my favourite characters from those series. Back then I didn’t know what cosplaying was until my friend invited me to London Comic Con in 2008. I fell in love with cosplaying and have been doing it ever since! 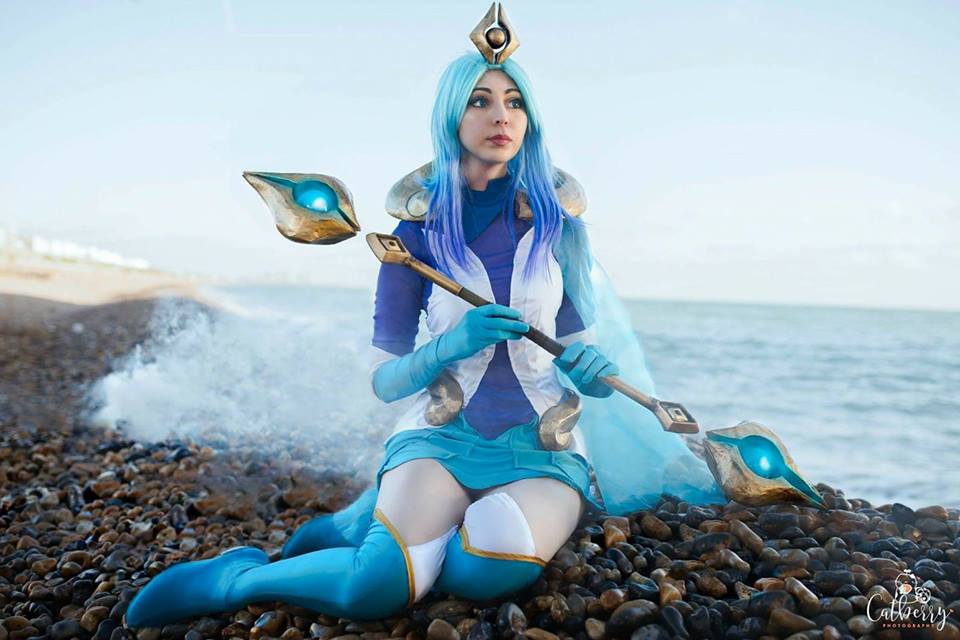 Who was the first character that you ever cosplayed?

The first cosplay I ever did was Haruhi Suzumiya. Looking back at it now it was so awful *laughs*. I remember being obsessed with the Anime, even to the extent that I cut my hair like her and would wear her signature hair ribbons every day to school. Hence, how I adopted the name “Ribbons”.

From so many places! A lot of inspiration comes from the cosplayers I look up to such as Kamui cosplay, who provides fantastic in depth cosplay tutorials. I mainly get my inspirations from my friends though! I have a close knit group of friends who all cosplay together and it seems like everyone is a specialist in certain areas of cosplay. So if I’m ever in trouble I can always ask them for advice and vice versa! 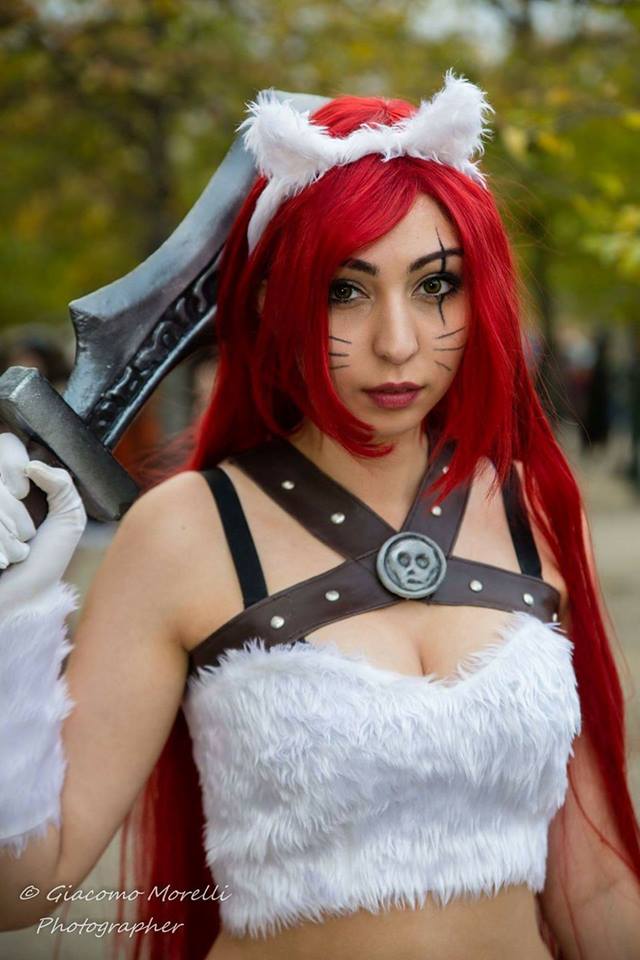 What are some of the challenges that you face cosplaying?

Time and money is definitely the most challenging factor! I think a lot of people who don’t cosplay underestimate exactly how long and how much it costs to make a cosplay. On average it costs about £250 to make one of my cosplays (that’s half my rent money!) And anywhere between 100-400 hours to make a cosplay.

My friend AlienQueen and I were cosplaying at a Comic Con a couple years ago when we really needed to go pee. But we knew the regular toilets at the con would all have massive queues so we decided to sneak into the backstage toilets which I think the guests are meant to be using. They were empty huzzah! But as we walked out of the toilet doors we saw a giant crowd of security guards coming towards us! I was terrified haha. But they just walked past us casually and as they did we saw a really small man in the middle smile and wave at us and say “hello ladies”. IT WAS ONLY DANNY DEVITO. He must have been at the convention for a fan signing. I think AlienQueen and I were frozen there for a good couple minutes as we couldn’t believe what just happened haha.

If you had unlimited time and money, which character would you create?

I would absolutely love to cosplay Irelia from League of Legends! She’s my favourite champion at the moment so I would love to pay tribute to her. She would definitely need a lot of time and money to make though as there’s a lot of armour and intricate details! The weapon would be the most challenging and expensive thing to make! 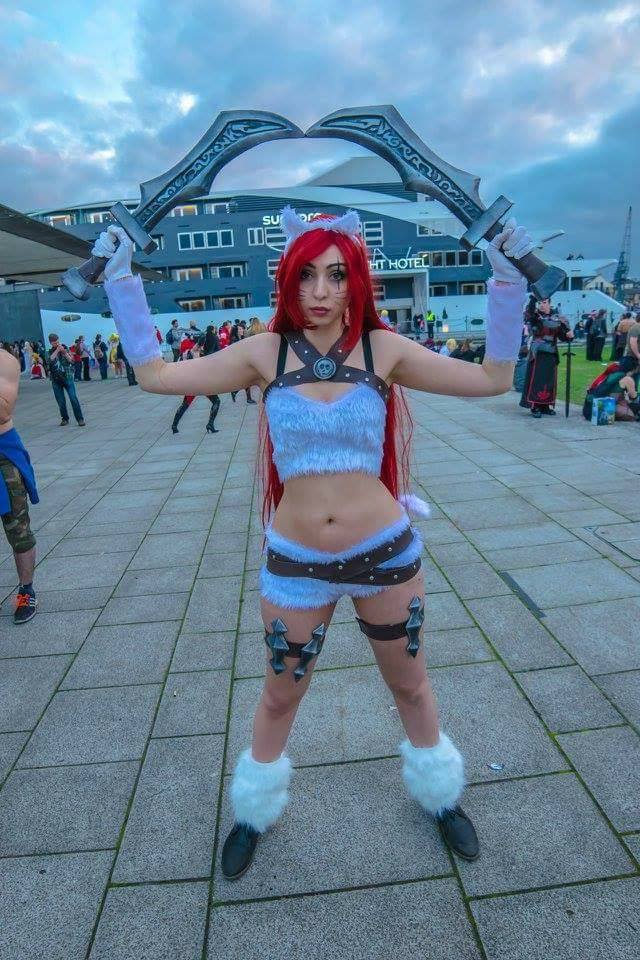 Are there any cosplayers from around the world that you look up to?

I mentioned above that I love Kamui cosplay’s work. I’m also massively in love with BloodRaven cosplay’s work. Her worbla (thermoplastic) skills are to die for! Other cosplayers I admire are Rufflebutt, Jynx Art & Cosplay, Hagane Cosplay, Miyuki cosplay, Vensy… ahhh I could go on forever!

Which character has been your favourite so far?

I think my Wonder Woman cosplay is my favourite cosplay so far! I’ve always wanted to cosplay her but I never felt confident cosplaying the original versions as they’re so booby and, well, I’m not haha. I love Gal Gadot’s take on the new Wonder Woman as she’s tall and slim like I am so it gave me so much confidence to cosplay the character I love! 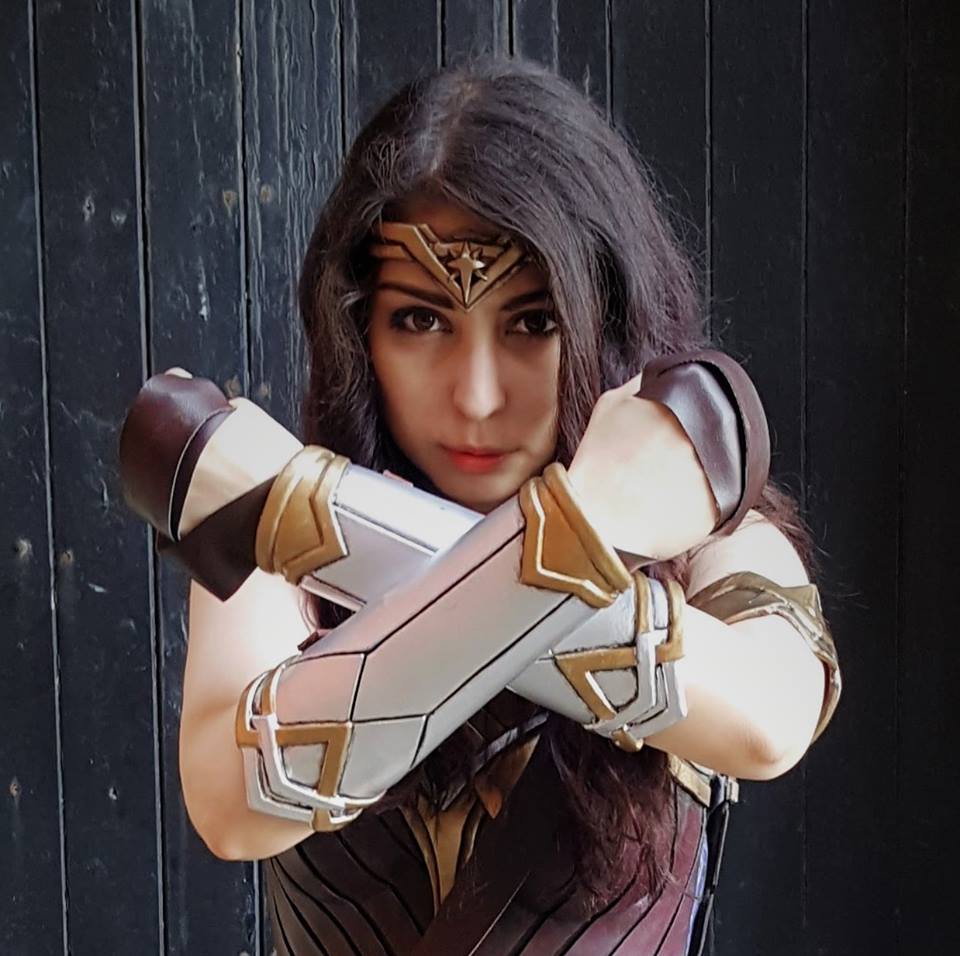 Gaming! That’s probably my biggest hobby other than cosplaying. Whether it be playing Pokemon on my 3DS or League of Legends on my PC, I don’t think a day has passed where I haven’t played games! I try my best to stream my games sometimes also.

I’m massively in love with my gaming keyboard at the moment- it’s so pretty and colourful! I spend a lot of time staring at the lights on it when I should really be focusing on my gaming mechanics haha. 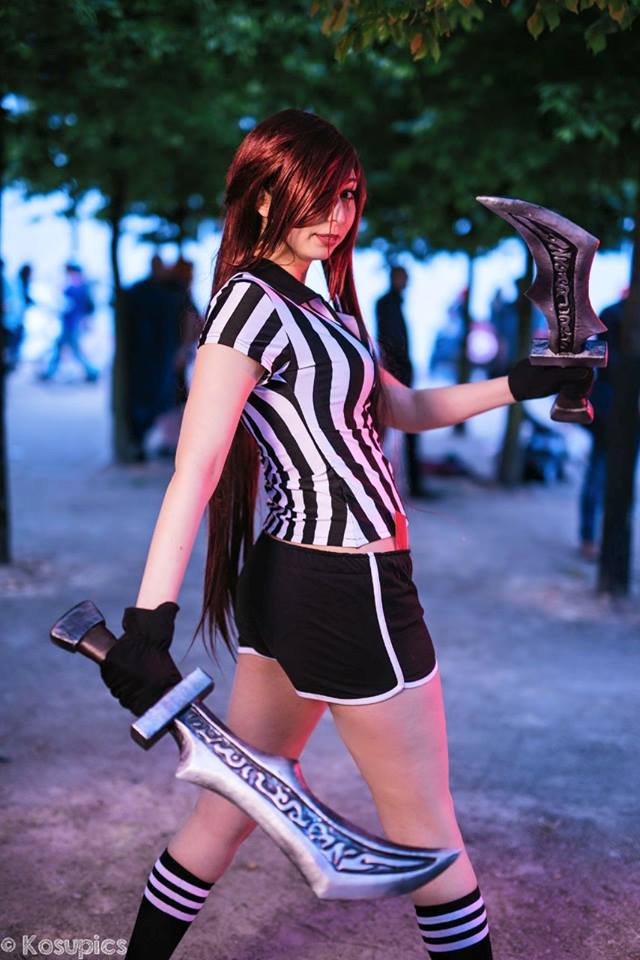 Tell us a secret that noone knows about you?

I’m not sure if it’s much of a secret but everyone always seems really surprised when I tell them that I’m currently doing a PhD in Cancer Research. I spend most of my time doing science things in the lab Monday- Friday. I would love to cosplay full time but my work always take priority! Fingers crossed in a couple years I’ll be able to introduce myself as “Dr. Ribbons” haha

I haven’t got any plans as of yet as usually I start my cosplays last minute before a convention. I think I’m definitely going to do a lot of re-wears as a lot of my cosplays I’ve only worn once! There’s a couple new ones that I’d like to do though such as Elastagirl from The Incredibles and Diane from Seven Deadly Sins. 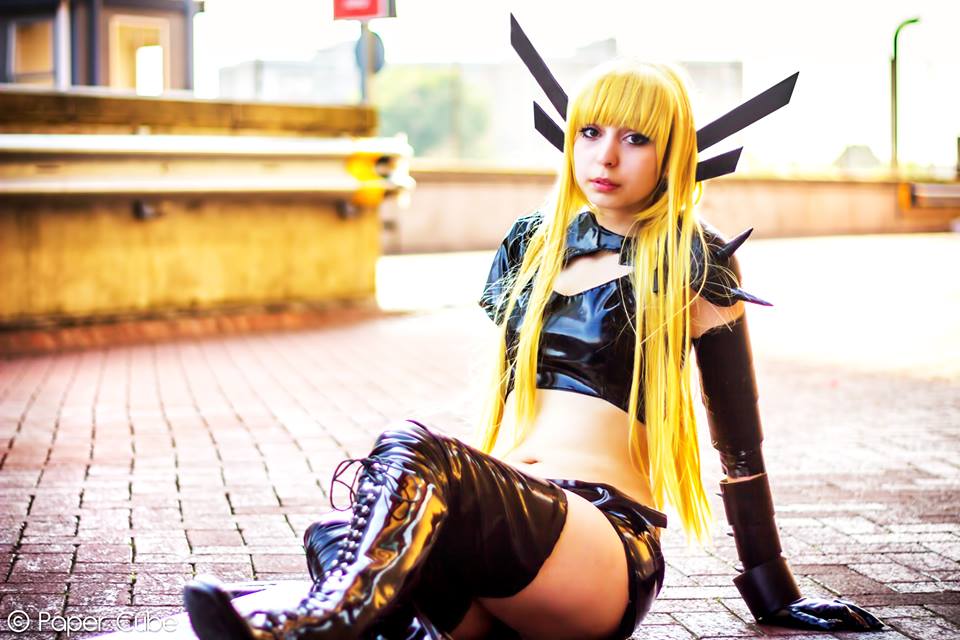