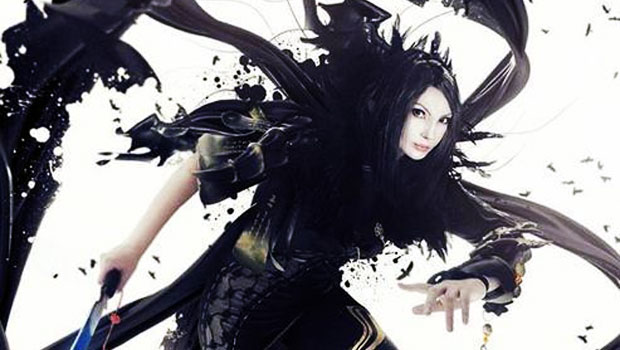 Welcome to Impulse Gamer Alena, can you tell our readers a little bit about yourself?

Hi! My nickname Pugoffka! I’m cosplayer and cosplay photographer from Ukraine, Kiev. I started my photography career in 2009. I’ve been photographing for more than 8 years and have done more than 700 cosplay photoshoots. As I travel a lot, I get a chance to shoot cosplayers from whole the world and as I’m a cosplayer, I like to cosplay characters from video games. 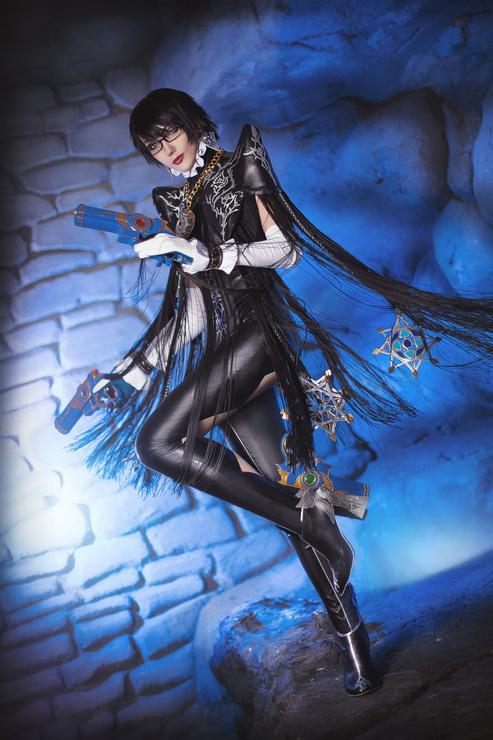 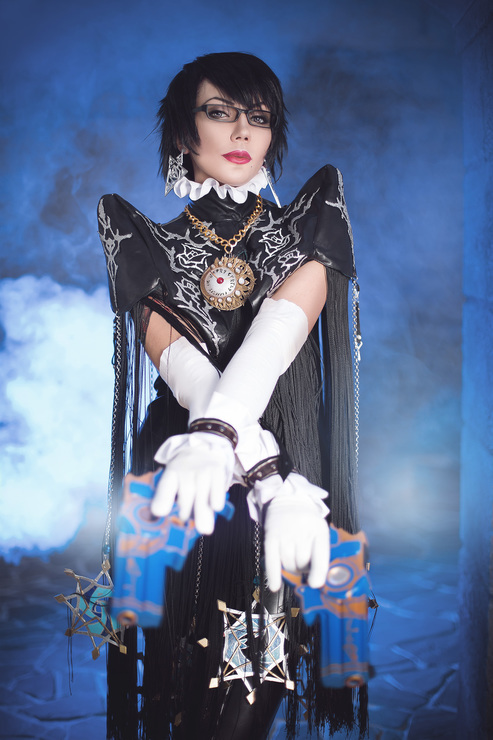 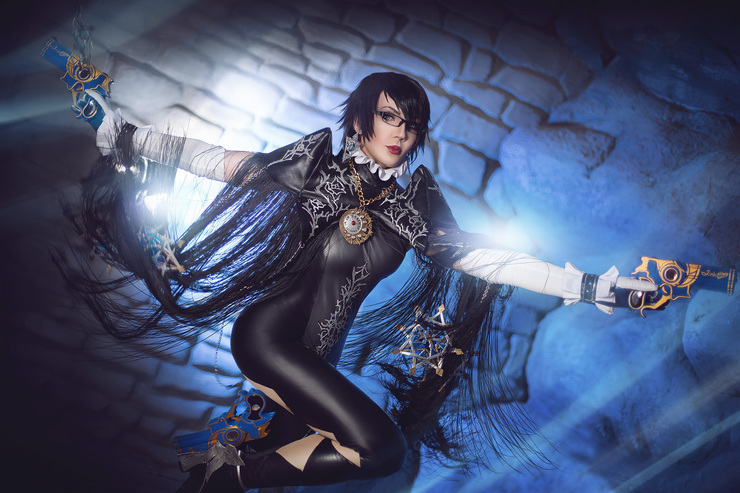 Who was the first character that you cosplayed and why did you choose them?

First one was Squalo from Katekyo Hitman Reborn. It was a really popular anime and it was one of the first anime I’ve watched. As I remember now, my costume was wrong color but I didn’t care about it at the time. I also liked to play the role on photoshoots because it was funny to show his emotions. I chose that character not only because I liked his personality but also I wanted to try such a different look with the white hair and grey eyes.

Tell us about your amazing Bayonette costume?

The Bayonetta costume was part made by Lucky Lot Dress studio and the guns made by Tabiti workshop. All other parts on costume like the stars on the chains, clock pendant, shoes and all the little details were made by me. 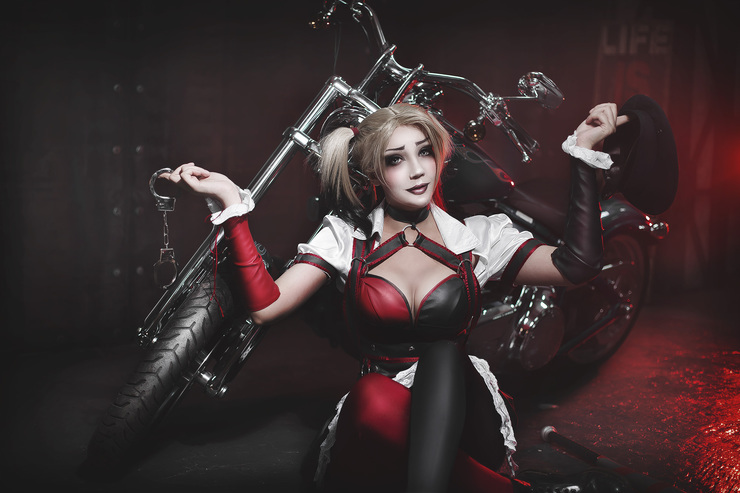 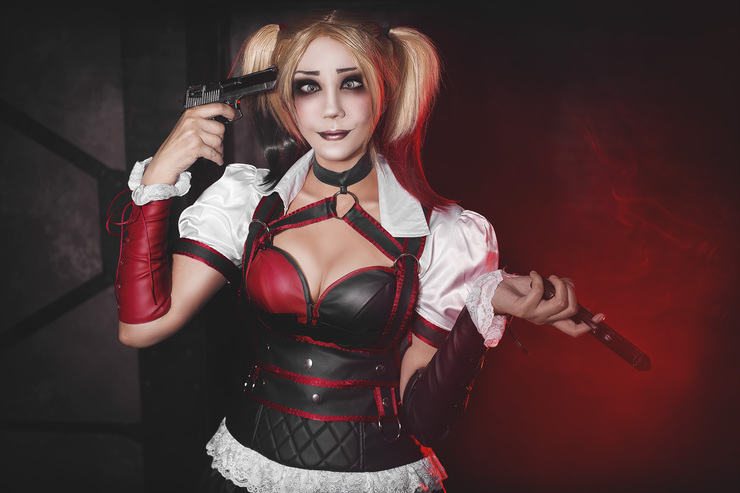 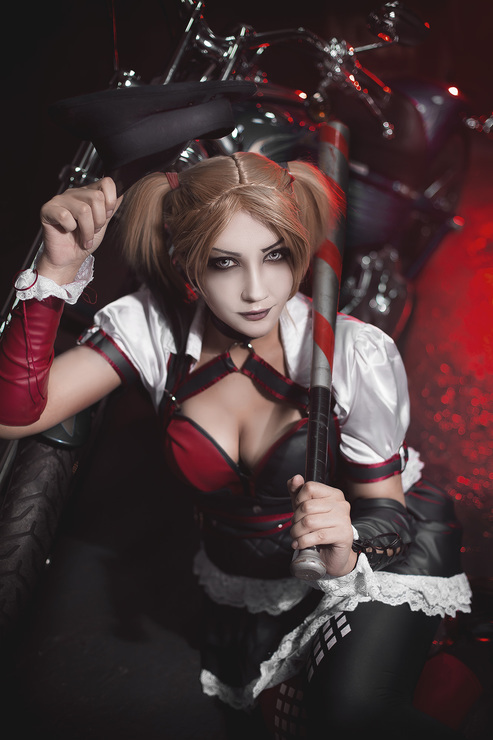 Was it fun playing Harley Quinn and did you enjoy the photoshoot?

Yes, it was a really fun photoshoot. I like Harley because she is sexy, crazy and funny at the same time. So the main goal was to show all her sides. The funniest part was the creating photo with dead body hahaha! 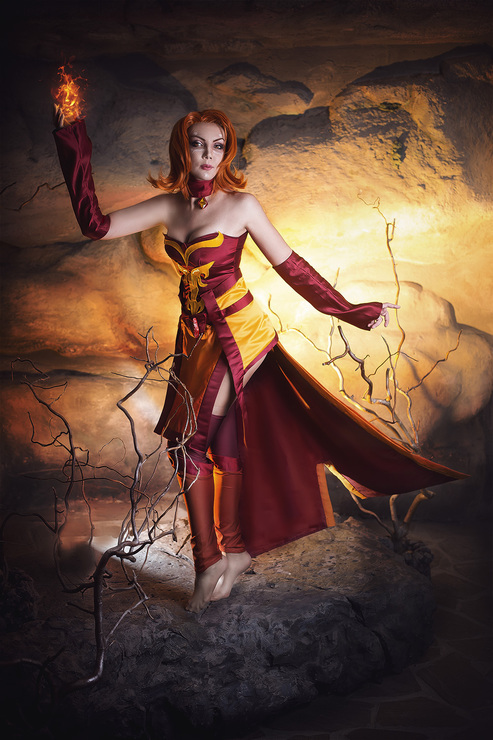 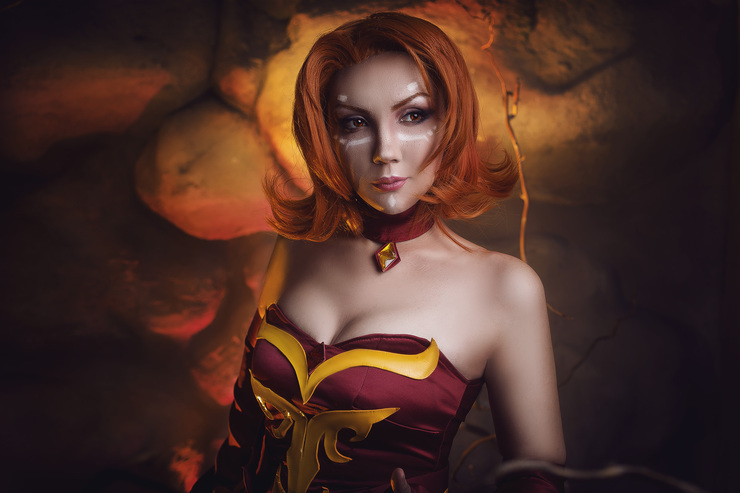 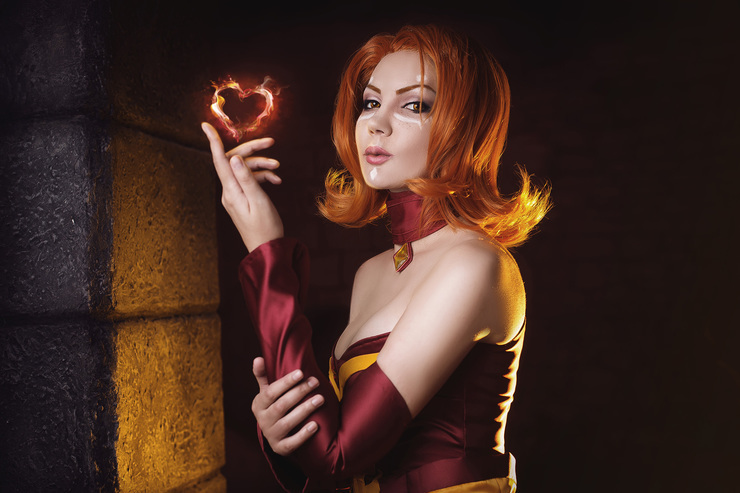 Who has been your top five cosplays?

My top cosplays are Bayonetta, Maleficent, Light Elf from Line Age II, Harley Quinn. However the favorite one is Jin Seo Yeon from Blade and Soul.

Where do you get your inspirations from Alena?

I try to find inspiration everywhere. But the biggest part of my inspirations come from my friends. They always come to me with new ideas for photoshoots and we try to bring their ideas to life together. Also I follow a lot of artists, photographers and cosplayers on different resources. 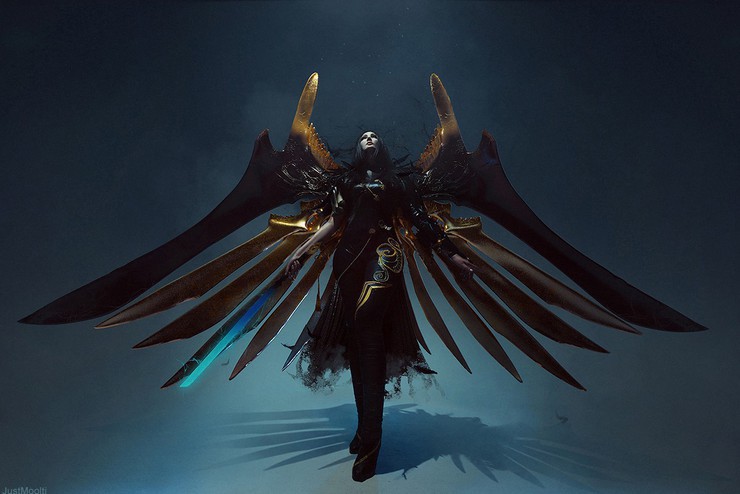 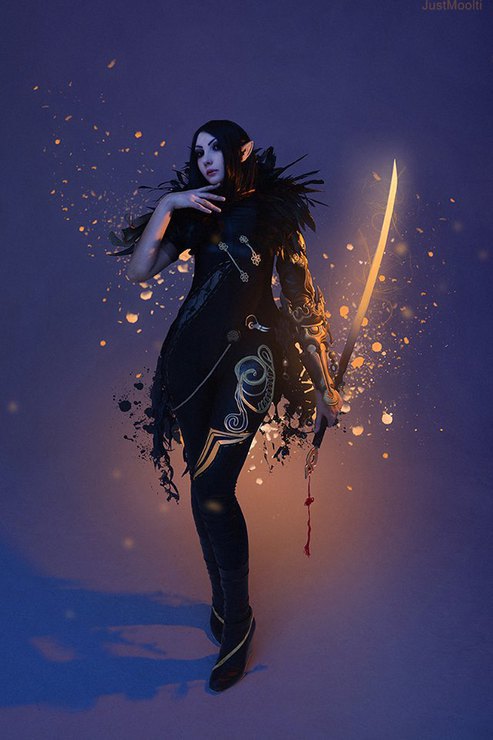 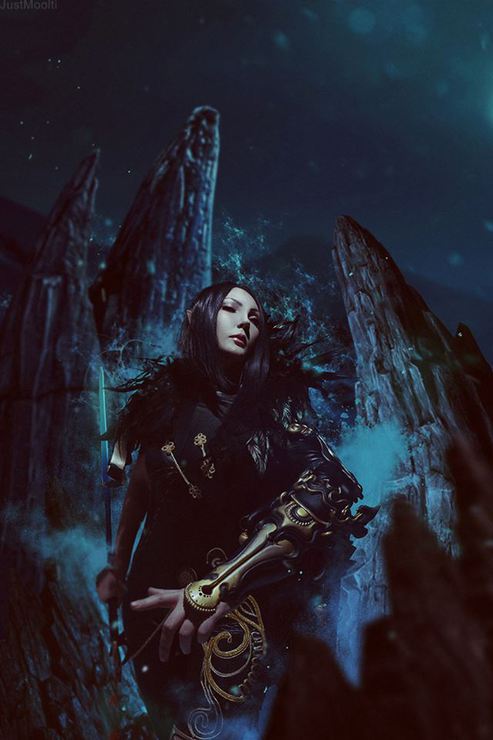 What’s been your favourite photoshoot of yours?

My favorite one was the Jin Seo Yeon photoshoot. That was the first time I had the chance to work with my favorite photographer Just Moolti and I think we did really good work together.

Tell about your Tracer photoshoot?

I was the photographer on this shoot and it was very fast and fun! The cosplayer prepared some screens from the game and of course we decided to make dynamic photos. We asked the assistants to help us to hold the model and after that I edited them in Photoshop. 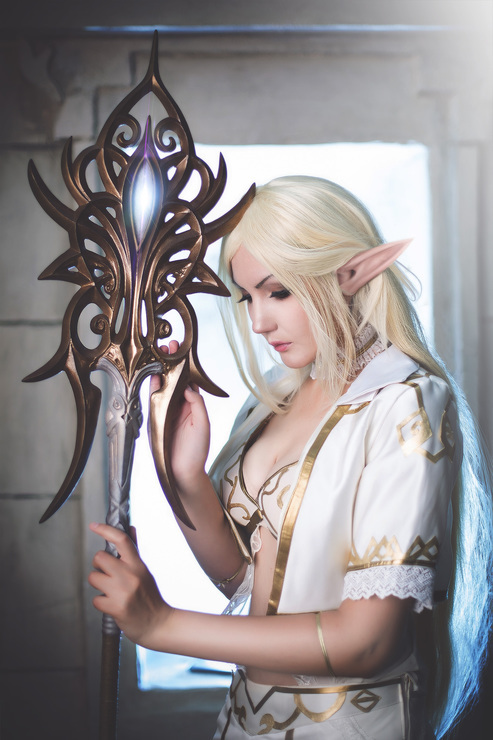 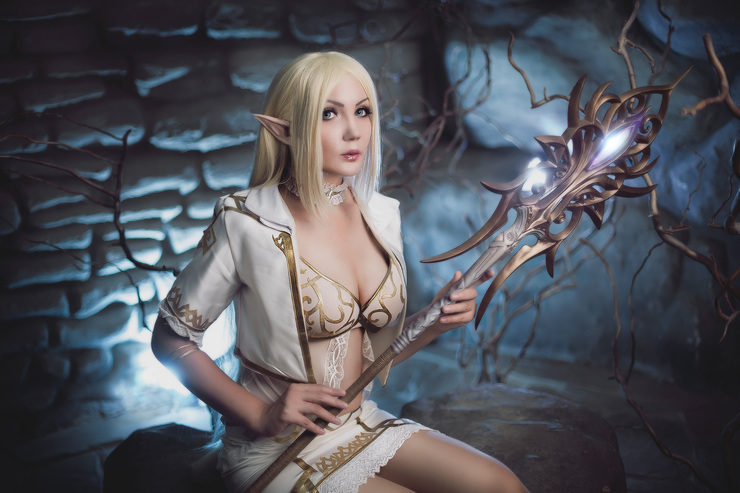 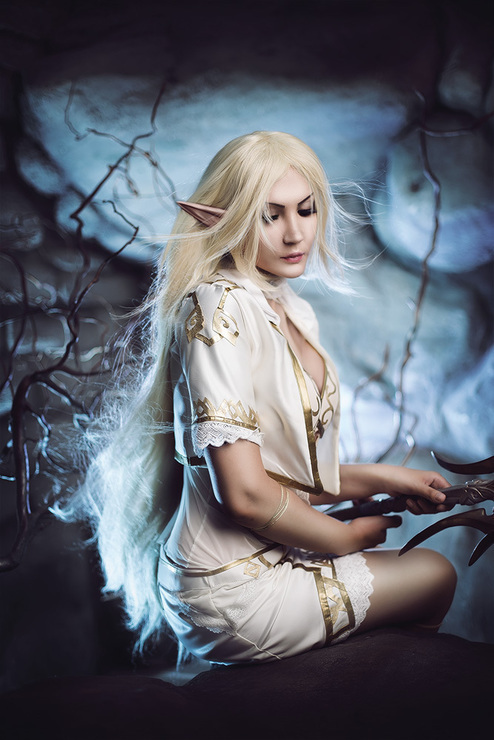 Every photoshoot and every convention brings a new funny story, so it’s difficult to choose one. The first story that came to my mind was from a photoshoot where we decided to use smoke effect and bought some smoke bombs. We had few bombs with colored smoke and one was big and strange. In the end of shooting we fired it and then realised that it was military bomb with black smoke. We could not see anything in a radius of hundred meters and I forget to say that photoshoot location was in the city hahahah!

How did you create your Lina (DOTA2) cosplay and was it fun to play her?

Lina costume is comprised almost entirely of sewing. The hardest part for me was to make yellow pattern from eva foam and style the wig. I didn’t find photographer who can make the photoshoot for me with fire so I decide to make simple photoshoot in studio and add some fire in Photoshop. It was not enough for me with this character and I asked my friend to cosplay her too. I was happy to make the photoshoot with real fire for my friend Misaki Sai.

One costume already in process is from Sakizo Arts. I also have some group cosplay projects with cosplayers from other countries but the details are still secret ^^ … and I think there might also be Symmetra from Overwatch.