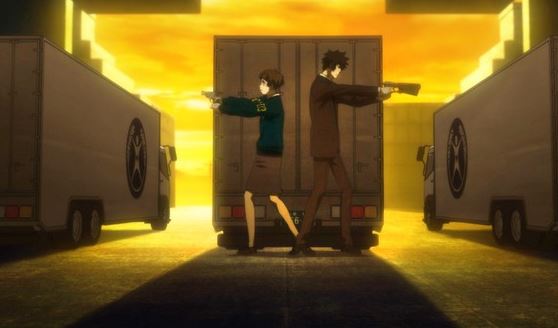 Summary: Psycho-Pass Season 2 takes the franchise to the next level!

Psycho-Pass Season 2 contains episodes 12 to 22 and is set in the distant future where the Sibyl System was created to help stop criminal activities before it started, however when nefarious genius called Makishima discovers a way to bypass the system, the once law abiding society is now on the verge of breakdown as this crime wave continues to grow. Thankfully there are a group of individuals protecting society that include Inspector Akane and her Enforcer who must resort to previous law techniques to stop Makishima’s reign of terror … welcome to Psycho-Pass Season 2! 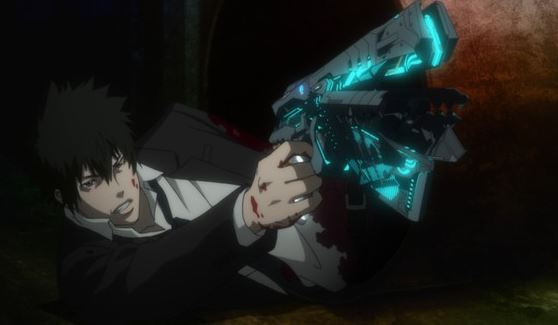 If you missed out on Psycho-Pass Season 1, you truly need to check it out because this anime is quite a clever story that features some very interesting, unique and entertaining protagonists, not to mention antagonists. The main character of Psycho-Pass is Inspector Akune Tsunemori (Kate Oxley) who has been given the task of restoring order and is joined by another inspector called Mika Shimotsuki (Cherami Leigh) plus two enforcers, Sakuya Togane (Christopher R. Sabat) and Sho Hinakawa (Z. Charles Bolton). There’s also some interesting dynamics in the story, particularly between the two inspectors because they both have different approaches in how to handle this criminal activity and to put a stop to it.

Furthermore, the series has this interesting crime drama element to it with the villains always one step ahead of our flawed heroes but it categorically makes for excellent anime. Given that, it’s also quite a violent series but perfectly suits the premise, especially the various mysteries that are littered throughout season 2 and that this corruption thanks to the investigation of Tsunemori is deeper than she thinks. All of the lead also have their own secrets which does cause some conflicts but once again makes for a good detective series. 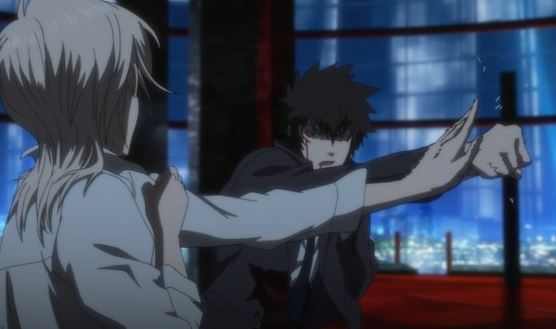 In relation to stories contained in season 2 and without spoiling too much, some of the stories are quite psychological like the first episode “The Scales of Justice” which has the team following a ‘hologram’ that has a very dark secret. Then you have episode 3 “The Devil’s Proof” which involves kidnapping and a very sordid history that really throws some clever twists into the mix which had me guessing. Furthermore, the stories are quite dark and sometimes parallel with real life events, particularly with hostage taking and murder with the series ending on a high as the team confronts itself with a major sacrifice. It’s definitely one of the best anime series I’ve watched in 2016.

On Blu-ray, Psycho-Pass is well presented with exceptional video and audio quality, boasting sharp images, vibrant colours and a great art style. Audio is equally impressive with its surround sound presentation with good levels, clear sounds and exceptional dialogue. For special features, the main draw if the commentary on three episodes that include some of the voice actors from the series which do inform the viewer on the creation of the series, including information about the story and their characters. Lastly, there’s also some trailers that help round out the special features. 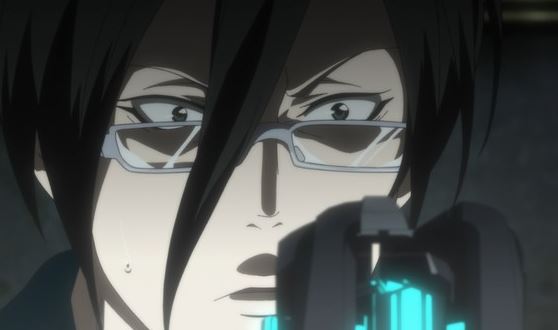 Psycho-Pass Season 2 is a great psychological sci-fi detective series that boasts some interesting characters and a very unique story that is perfectly suited for this genre. All in all, it’s another great release from Madman! 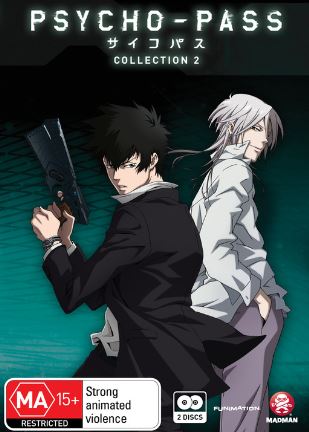