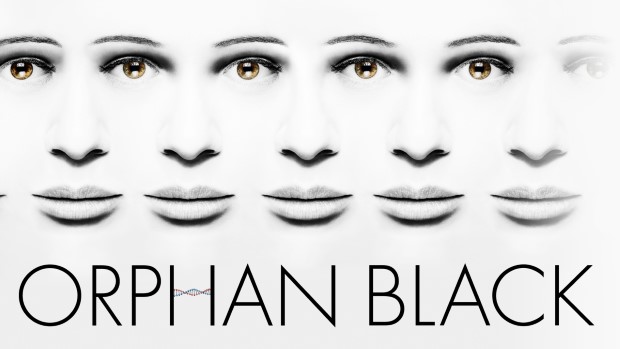 Summary: The pace is exhilarating throughout and you’ll more than likely find yourself having a marathon viewing session once the first episode gets its hooks into you and you become enamoured with the masterfully crafted storyline, and the truly amazing performance by Tatiana Maslany elevates the series even further

Orphan Black is probably the best show on television you’re currently not watching. Flying under the radar of many, Orphan Black is an intelligently crafted BBC production that has been criminally overlooked despite standing head and shoulders above much of the dire Sci-Fi series’ that are on offer, perhaps even reaching that pantheon of top tier programs that lead the vanguard of the current television renaissance. Seriously… It’s that good. 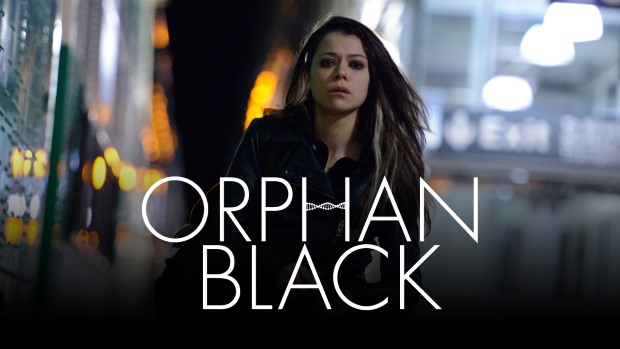 To reveal too much about Orphan Black’s storyline would only serve to dispel the joyous experience of discovering  it for yourself, so much so that I debated even leaving out the central conceit of the show, figuring most who’ve sought out the series have probably had the major plot element spoiled by the marketing already but still thinking it prudent to tread lightly.

More astute readers may notice that the episode titles are all taken from quotes from Charles Darwin’s “On the Origin of the Species”, which may give away some subtle clues regarding the direction of the series. 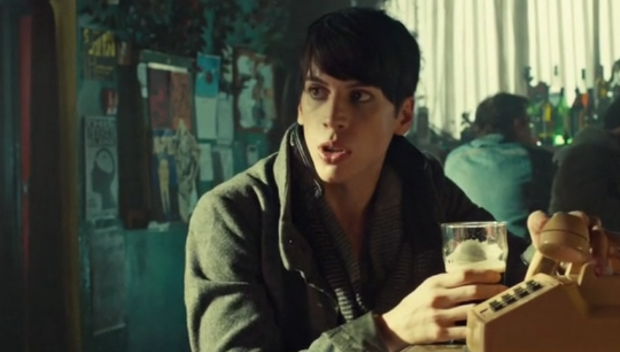 The series opens by introducing us to Sarah (Tatiana Maslany), a wily grifter who seems to have been on the run from some unsavoury element for much of her life; put simply, Sarah’s from the wrong side of the tracks. Arriving in Toronto with the intention to sell a sizeable amount of cocaine she pilfered from her abusive partner Vic (Michael Mando, who may be familiar to some gamers for his role as Vaas in Far Cry 3), Sarah has a plan to take the profits from selling the drug and reconnect with her estranged daughter, making a new life for themselves along with her rent boy foster brother Felix (Jordan Gavaris).

However, things abruptly take a left turn when, mere minutes after arriving at a train station, Sarah witnesses a woman who looks exactly like her remove her shoes before suddenly flinging herself into the path of an oncoming train.

Seizing the opportunity to snatch her doppelganger’s bag, Sarah soon discovers that there is a rather large amount of money to be gained by impersonating the recently deceased; however, making the decision to slip into her “twin’s” shoes will unwittingly drag Sarah into a web of intrigue, murder and deception that’ll change the course of her entire life… and how she views the concept of life itself. 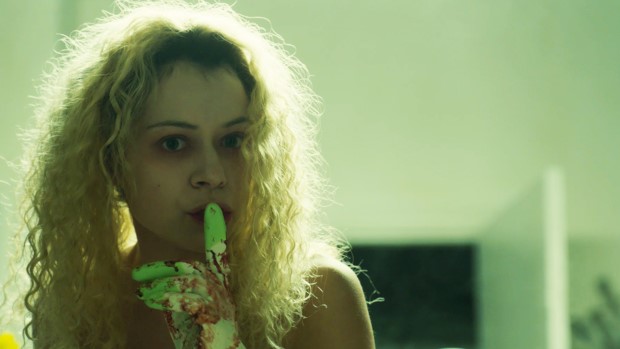 It really speaks volumes about Sarah’s character that her first instinct is to try and take advantage of the opportunity for financial gain that arises from her doppelganger’s death rather than try to unravel the mystery as to why exactly the woman looked identical to her.

Orphan Black makes for addictively enthralling viewing, constantly subverting expectations and revealing new sleights of hand that will keep you guessing up until the very end. By far the biggest revelation is in Tatiana Maslany; why she was overlooked for an Emmy nomination I’ll never know, as her performance in Orphan Black is absolutely astounding, on a level that I’d personally rank up there with Matthew McConaughey’s in True Detective and Bryan Cranston’s in Breaking Bad. This may seem like effusive praise but after viewing this first series you’ll know exactly what I mean.

An admirable quality of the show (Kind of ironic, considering the subject matter) is that the series knows its identity from the very first episode, entirely avoiding that unsteady, finding your feet feeling that hamper many first seasons.

This is a testament to the tightly scripted episodes and the deft balance the writers manage between plot and characterisation; every moment is crucial to the plot, every piece falling satisfyingly into place by the final episode whilst still raising new questions that’ll have you champing at the bit for series two. 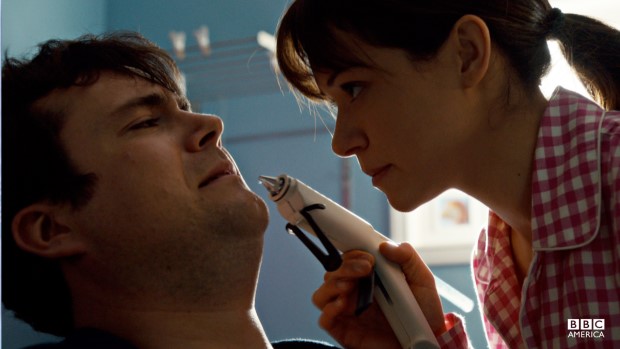 Honestly I wish I could delve deeper into the rich mythology of this show for the purpose of this review but to do so would be a disservice to anyone who decides to give this brilliant little series a chance. The best way to approach Orphan Black is with as little prior knowledge as possible so that you can get taken along for the ride and immerse yourself in the pitch perfect atmosphere of the series.

Orphan Black is a Canadian production, so the production values are a little bit better than what most of us will be accustomed to from a BBC release but the series is still quite low budget compared to many other programs, so don’t expect constant whiz bang Sci-Fi accoutrements; however the show uses its limited budget extremely well, especially in certain scenes that would be agonisingly difficult to stage from a technical standpoint (Again, once you watch the series you’ll understand what I mean). The DVD transfer takes top marks in both image and audio departments, with no complaints or any discernible issues in either area. 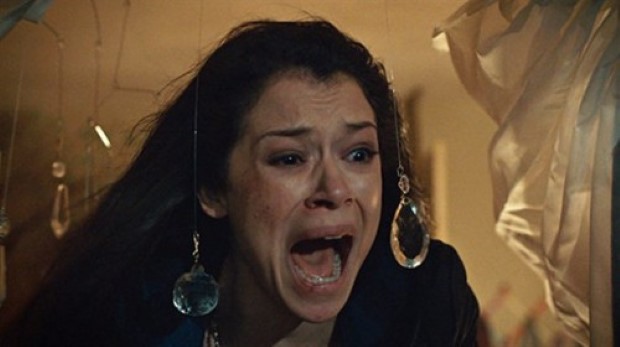 –       Parts Developed in an Unusual Manner

Unfortunately there are no special features included on this release. 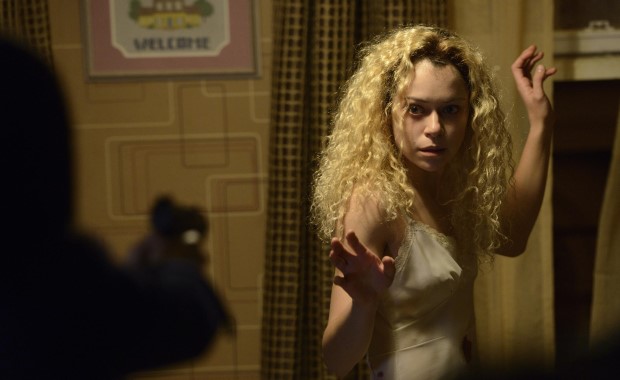 I’ve had to resist really detailing just how great this series is in order to reduce spoilers, but honestly Orphan Black is one of the best shows I’ve seen in recent years, with a flawless first season that should be held up to future television programs as an example of how to effectively craft a compelling series from the very first episode.

The pace is exhilarating throughout and you’ll more than likely find yourself having a marathon viewing session once the first episode gets its hooks into you and you become enamoured with the masterfully crafted storyline, and the truly amazing performance by Tatiana Maslany only elevates appreciation for the series even further; Orphan Black is easily the most addictive show I’ve come across since Breaking Bad, which is extremely high praise as BB stands as my all time favourite series. 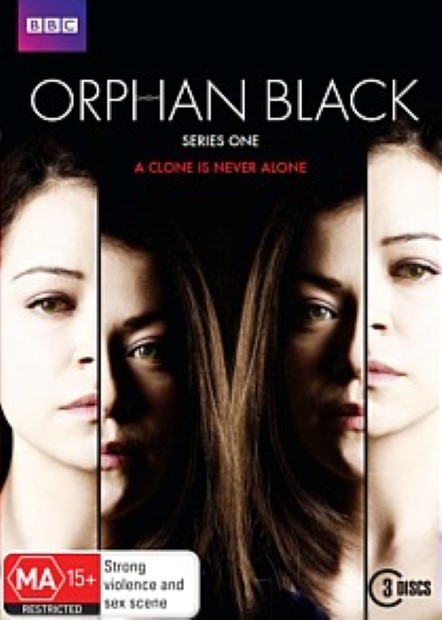