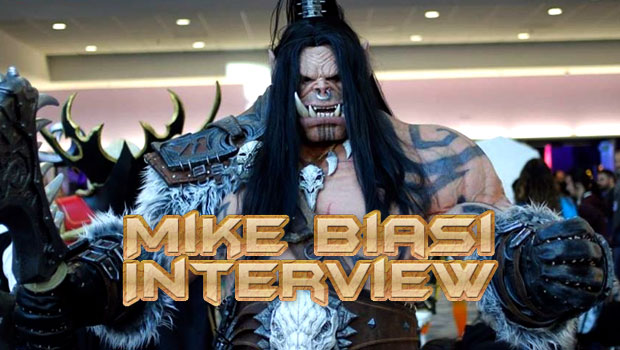 We catch-up with Mike Biasi from Escondido California to discuss cosplay, his sculpting and of course Grommash!

Thank you, it’s great to be here… I like the décor…

Where you a good Warcraft cosplayer this year and rewarded well by Mr. Claus?

Great Father Winter gave me 5 presents this year… Of course… he gives everyone at 110, five presents… 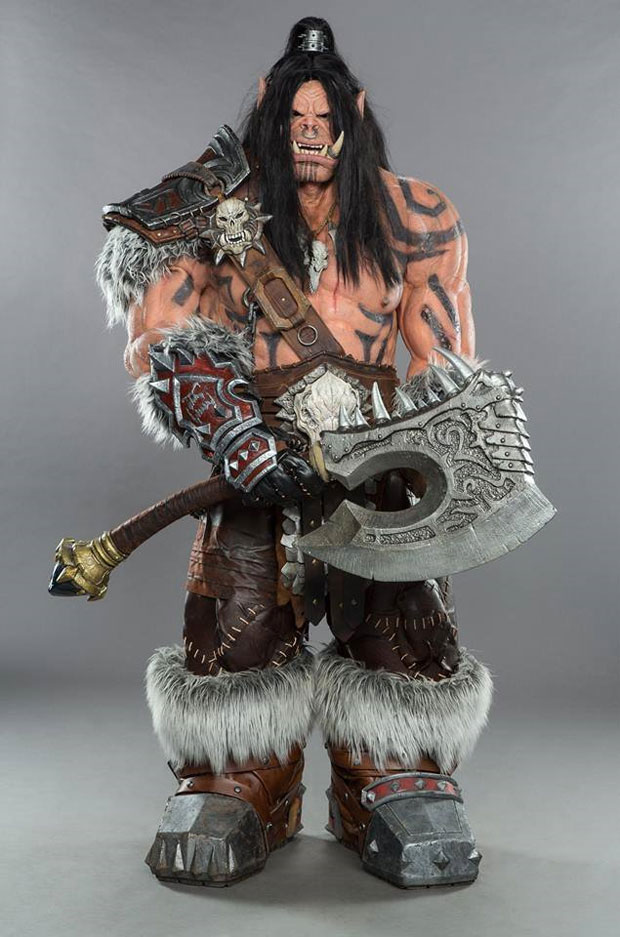 On a serious note, how did you become involved in cosplay?

I have been going to Science Fiction/Fantasy conventions since 1976. I loved the idea of dressing up. Luckily, my mom had a good sewing machine.

Who was the first character you cosplayed and why did you choose them?


My first cosplay was a version of Han Solo. I didn’t have any patterns. I remember making the shoulders all wrong. I learned a lot about patterns then. 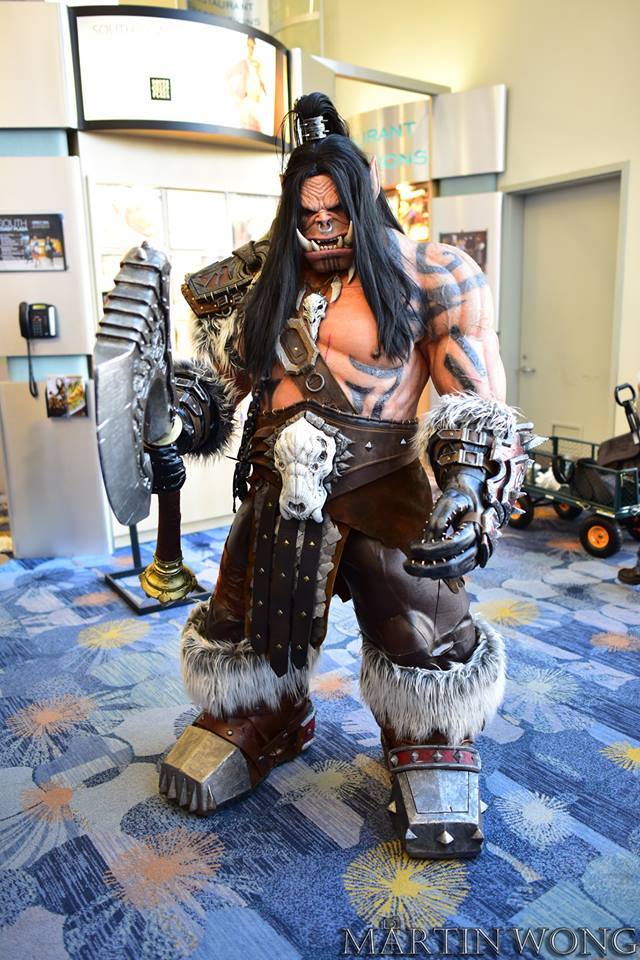 Tell us EVERYTHING about your amazing Warcraft Orc (aka Grommash) cosplay?

I’ve always liked Grommash, since Warcraft, but seeing him in the Warlords of Draenor cinematic trailer, I fell in love with him all over again. His face was so expressive. So I immediately started sculpting a mask. I then attended BlizzCon 2014, saw the Steve Wang life size sculpt of Grommash. While standing in awe of the sculpt, I realized I could make a large body to go with the head. As soon as I got home, I scaled out Grommash, at a size I could fit into. Then over the next year, off and on, I worked on Grommash. I finished him the day before BlizzCon 2015. But I failed to make my judging appointment. Epic Fail. With some friend’s help, I was able to show him off on Saturday though. For 2016, I made sure he would be judged..

What was the biggest challenging in creating Grommash? 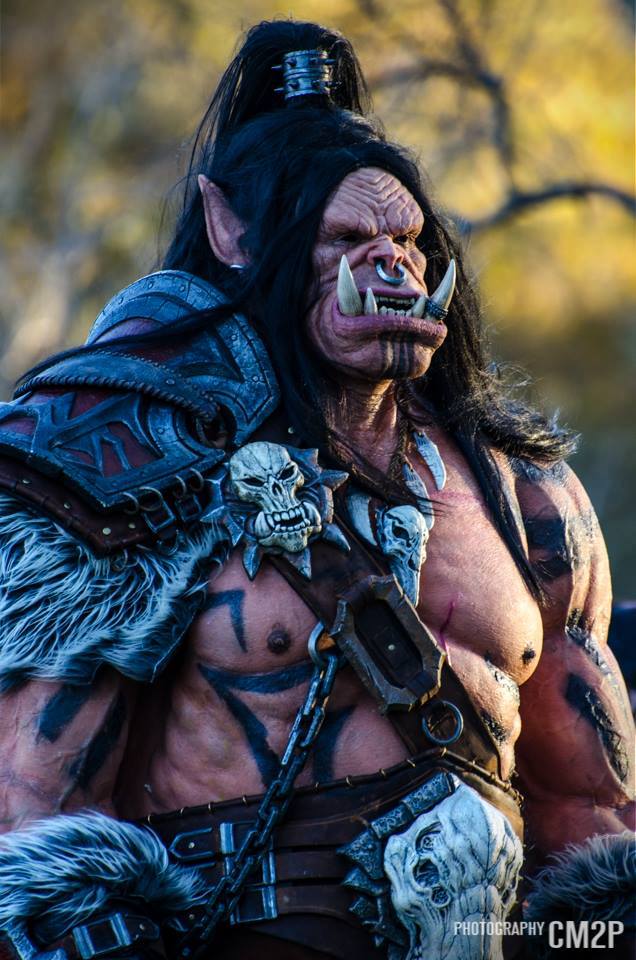 All of the praise. I look at it for hours on end and see every flaw. Winning Globals at BlizzCon was just a shock. I had no idea. The other costumes there were amazing. 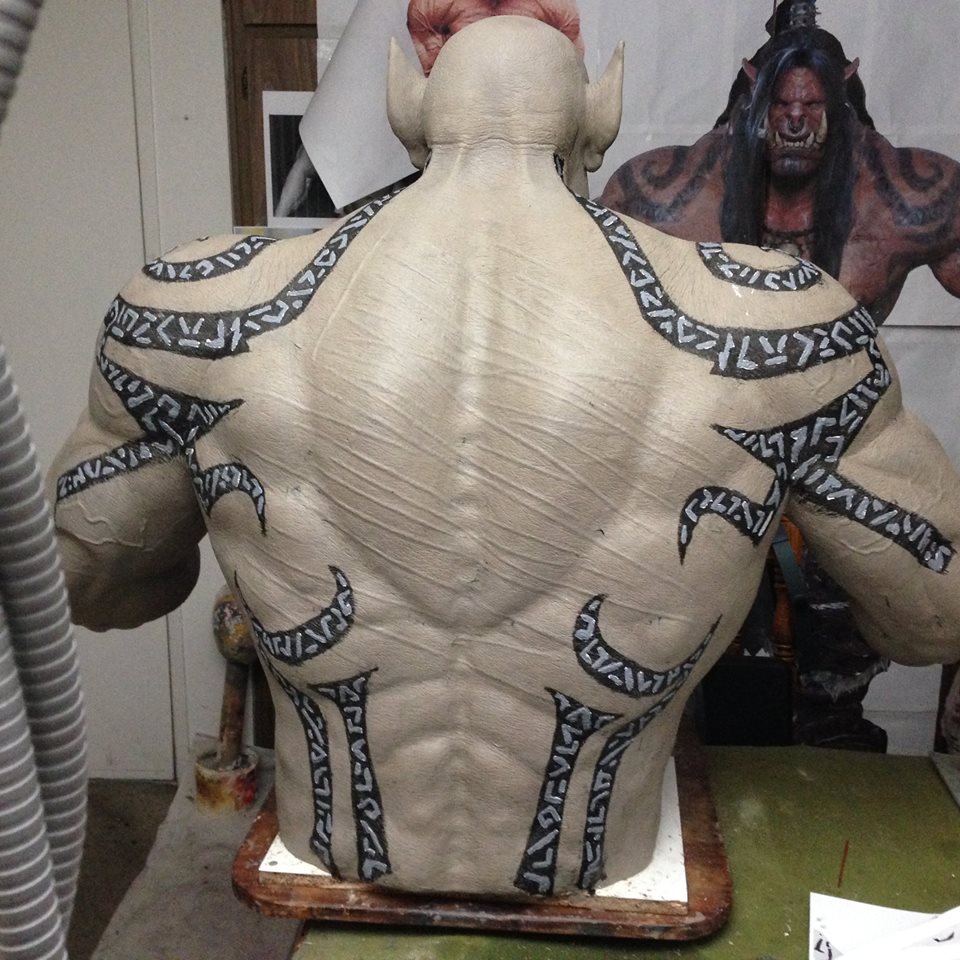 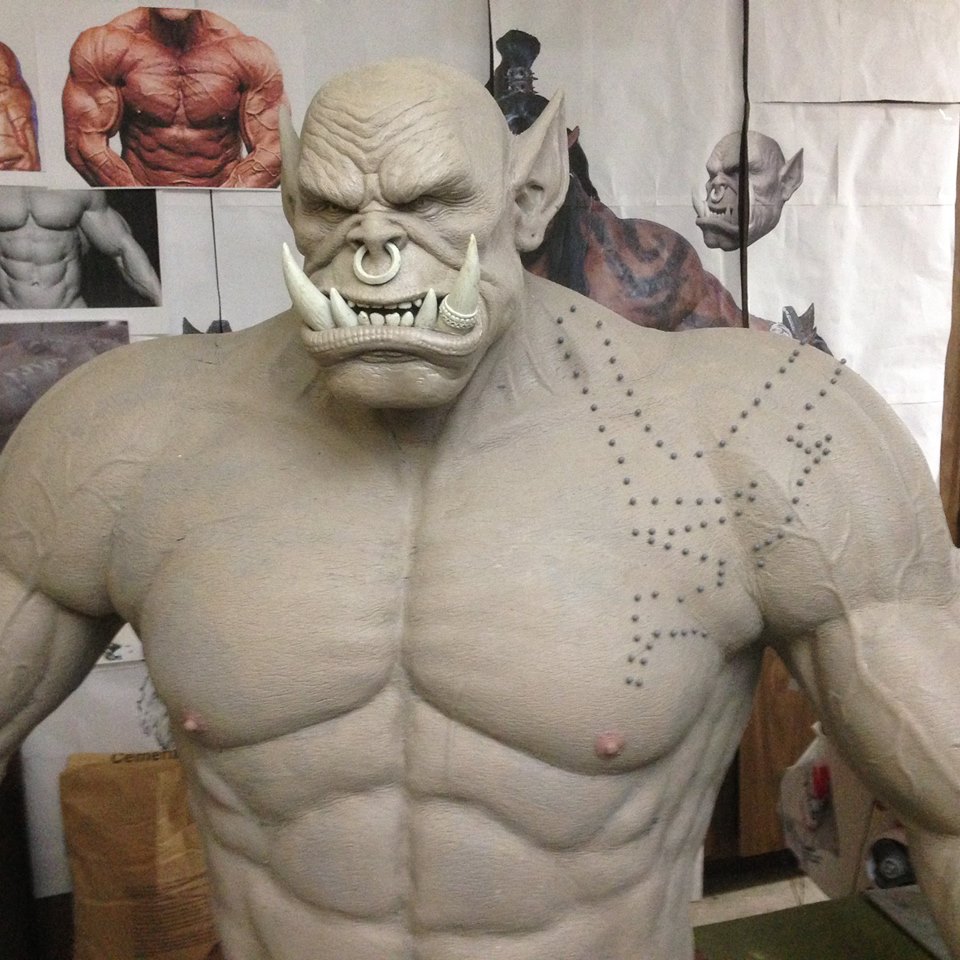 The first time you saw yourself as Grommash in the mirror, what did you think?

My honest reaction was, “Oh F**K!.. what have I created”. I felt like I had created Frankenstein’s monster. 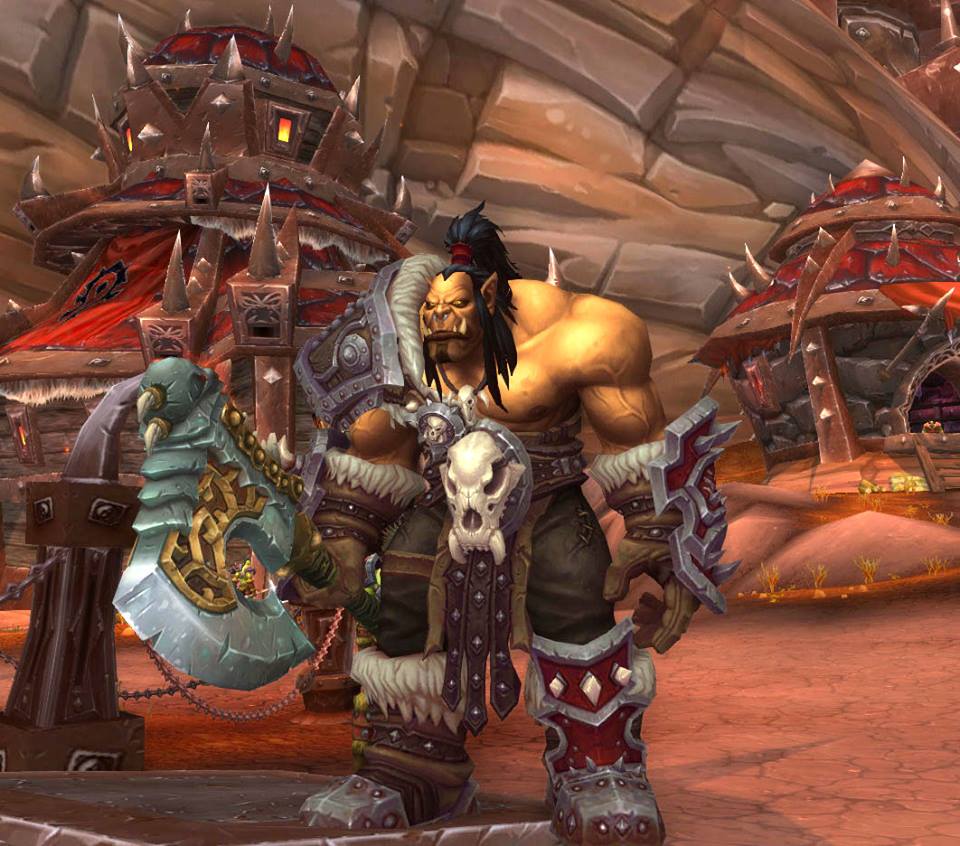 When you’re cosplaying as Grommash, what’s the reaction from the other people?

When in Grommash, there is a lot of standing still for pictures, or to conserve energy. Most people think it’s a sculpture and freak out when he moves. He’s big and tall and most people clear the way when he’s moving.

Tell us your funniest con story as Grommash?

A video team was about to interview Grommash. As soon as they turn the camera to him, his teeth fall out. CUT… remove mask… fix teeth. Mask back on… Camera rolls.. and teeth fall out again. Grommash needs DentureCream… 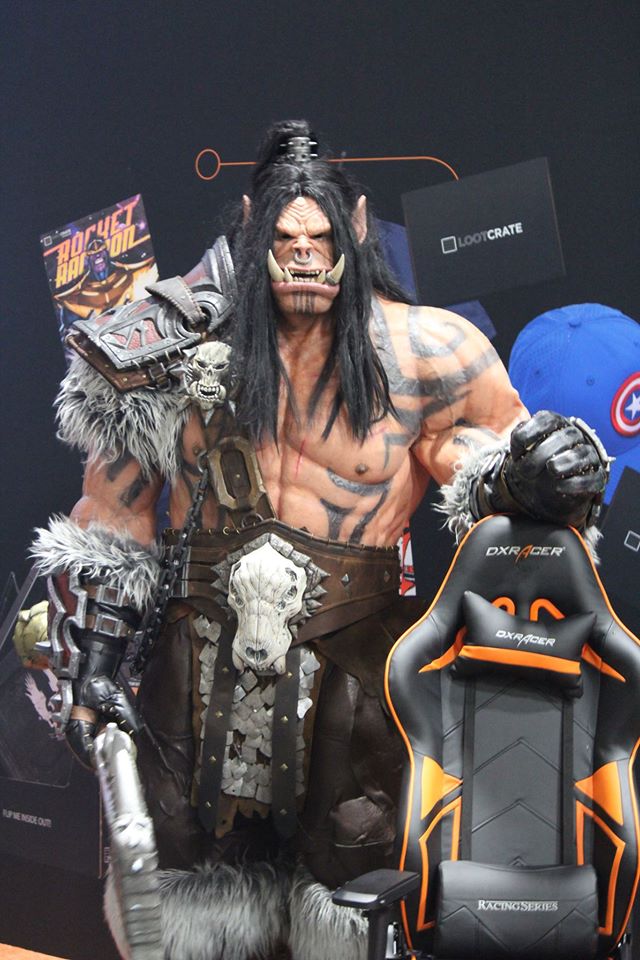 How did you become involved in sculpting?

I have enjoyed sculpting as long as I can remember. I still have simple things I did as a kid.

Besides Grommash, what’s your pride and joy in sculpting?

My biggest sculpting and molding project was the interior of a 20 foot wide dome on a Hindu Temple in Buena Park. That project nearly killed me, but looking at it now, it will hopefully stand for many many years.

What advice would you give to people wanting to get into sculpting?

Practice, practice, practice. Also draw a lot. If you can’t draw the outline of the design, how do you expect to sculpt it? Oil based clays are your friend.. so are polymer clays (for small things). 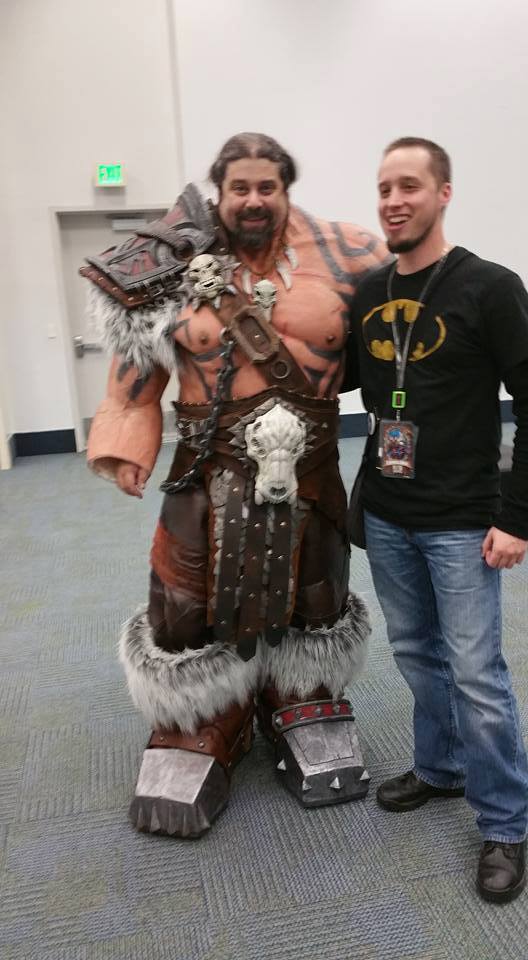 I have invites to a few conventions, but nothing set in stone yet. Logistics of moving Grommash are tricky. He’s a big costume. He’ll definitely be at San Diego Comic Con, that’s my home base convention.