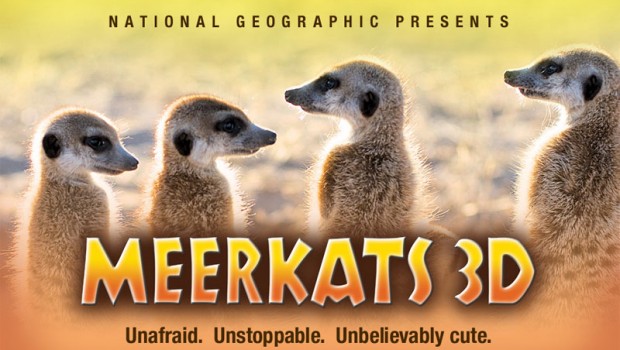 Narrated by Emily Watson, Meerkats 3D is a National Geographic production that revolves around the trials and tribulations of a Meerkat family living in the Kalahari Desert of Botswana. This delightful 45-mintue documentary also comes from the creators of Meerkat Manor and features many similarities but unlike the small screen, the meerkats in this movie literally come to life on the giant IMAX screen, especially in 3D. It’s almost like they are about to jump out of the screen.

The story of Meerkats 3D follows a small group of meerkats lead by their matriarch “Clinky”, a 6-year old meerkat who leads her clan through the harshness of the Kalahari Desert that is not only filled with dangerous animals but also wars of territory with other meerkats clans. For an animal so cute, their lives are quite dangerous but thankfully their intelligence and determination support them through the ups and downs of life. Apart from Clinky who is the main protagonist of the film, the viewer is also introduced to “Ms Bean” and “Harry”, the daughter and son of Clinky who play a key part to the clan. 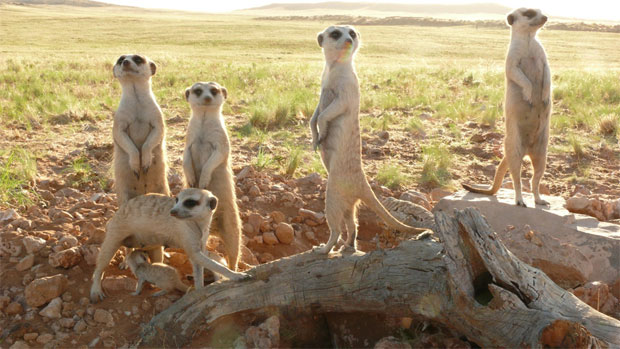 The creators of Meerkats 3D also ensure that the viewer is given enough information without it being too much and Emily Watson does a brilliant job at narrating the lives behind these wondrous animals. Ironically only the matriarch of the family is allowed to have pups and if other meerkats mate, there are severe consequences. The baby sitters of this clan are Ms Bean and Harry who have been given the task of protecting the pups and would give their own lives for them to survive.

Unfortunately while foraging for food like bugs and when they are in the open, meerkats are susceptible to other animals like deadly cobras but ironically, these animals are able to fend the clan through solidarity. Their strength in numbers also protects the family from neighbouring clans who either want their territory for food or sometimes their females for breeding. Unfortunately for Ms Bean, she becomes pregnant from a roaming male from another clan and when her mother finds out, she is forcibly exiled from the clan. 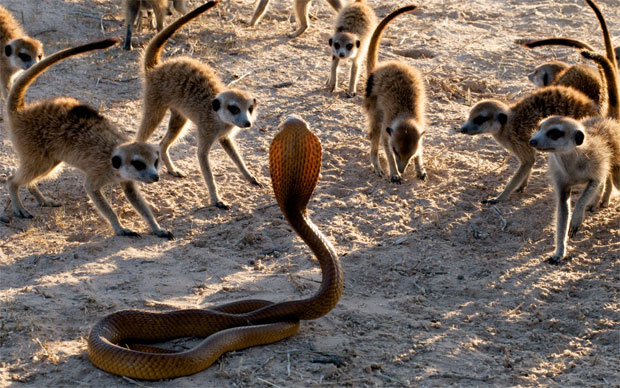 The documentary also touches upon the noises that the Meerkats make and ironically there are over 30 different calls that these animals make and their communication is vital to the clans safety. Apart from following Clinky or Ms Bean, Meerkats 3D follows the lives of the matriarch’s pups and how the clan teaches them to the hunt and fend for themselves. It’s quite fascinating to watch and the creators of this documentary have even managed to input some emotion into their story, especially when Ms Bean, Harry and Clinky’s pups get lost from the clan and there is a desperate search by the other meerkats. 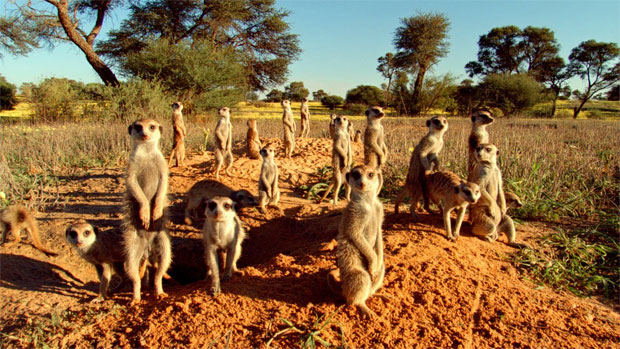 Meerkats 3D is a thoroughly entertaining documentary for the entire family which really shines due to the IMAX 3D cinematography that really draws you into the amazing lives of these intelligent and thoroughly cute animals.