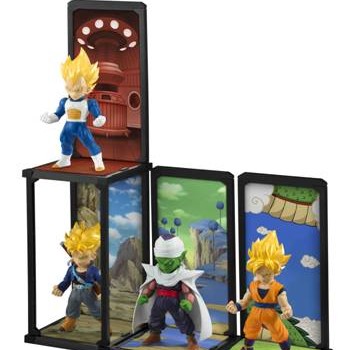 Beginning January 2015, Madman Entertainment are excited to announce that, in partnership with Bandai Namco Games Australia, they will offer fans in Australia and New Zealand official collectible merchandise, direct from Japan, including Tamashii Nations, Banpresto, Megahouse and more.

Tamashii Buddies will be landing in Australia and New Zealand on January 15 and are available to pre-order now direct from www.madman.com.au/tamashii at $24.95ea.

New items from Tamashii Nations, as well as Banpresto, Megahouse and others will be available throughout 2015 and beyond from www.madman.com.au/merch.