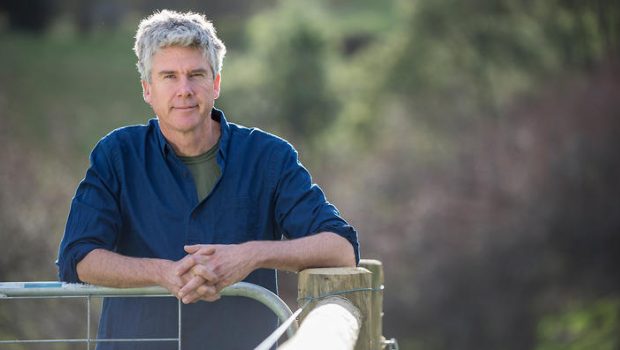 For The Love Of Meat DVD Review

Summary: “For The Love Of Meat” is a staggering documentary that puts the spotlight on Australia’s primary meat industries. This program poses questions about the environmental and health impacts of eating meat.

“For The Love Of Meat” is an original and eye-opening documentary series. This three-part show by former food critic ad chef-turned-gourmet farmer, Matthew Evans aims to find out more about the animals we eat. Evans is no stranger to documentary films about food production with his previous series, “What’s The Catch” shining a spotlight on the fishing industry. “For The Love Of Meat” looks poised to follow in the footsteps of its predecessor as it gets us all to be more mindful about the protein we choose to eat.

Aussies love their meat. We eat on average a staggering 90 kilograms per person each year. This figure is around three times the OECD average and it leaves us second to America. But how much do people really know about meat? Evans looks at answering our questions with episodes dedicated to chickens, pigs and cattle (perhaps a second series could look at sheep, game and ducks?)

The first episode is a very difficult one to watch. Evans tries to demystify the different labels surrounding chicken (like organic, RSPCA-approved and free-range.) He is thwarted by his attempts to film in a “factory” farm. He does however, deliver some staggering statistics about the conditions battery hens are subjected to including being left in light for many hours per day so that they keep eating and living their short lives in cramped, dirty pens.

Organic farming is presented as a more sustainable solution. But Evans also counters this with the realistic fact that these birds cost more to produce and ultimately purchase. It is also quite harrowing to learn that chickens are smarter than we original thought, as they are capable of learning numeracy, empathy and self-control.

The second episode about pigs looks at the contentious issue of farrowing pens. These structures are like cages that sows are subjected to in order to stop them from accidently squashing some piglets while they are feeding from her. Evans also looks at alternatives to this pen including a swap pen and free-range pork. He also learns about a top-to-tail approach to cooking pork with former MasterChef contestant, Adam Liaw, who makes a Malaysian pork broth.

The final instalment looks at cattle and the environmental impacts of this farming, i.e. land-clearing and methane-gas emissions. An alternative is posed with the trial of feeding the cattle seaweed with early studies showing that this could help reduce or eliminate methane emissions. Chef, Shane Delia also appears and makes a Spanish dish out of beef’s tail. We also learn a staggering fact- that a 180 kilogram cow only has about four kilograms of eye-fillet steak. The message here is that we should look to cook with other secondary cuts of this large animal.

“For The Love Of Meat” is not overly preachy or forceful. It does not try to ram home the message of veganism or vegetarianism. Instead, Evans produces a knowledgeable and well-thought out program that poses a lot of questions for us to consider. It should make us stop and think about the environmental and health impacts of the food we eat. This show is ultimately a fresh and innovative look at food production and the questions it poses will ensure that we all have a lot to talk about when we sit down to dine, eat and chew the fat.