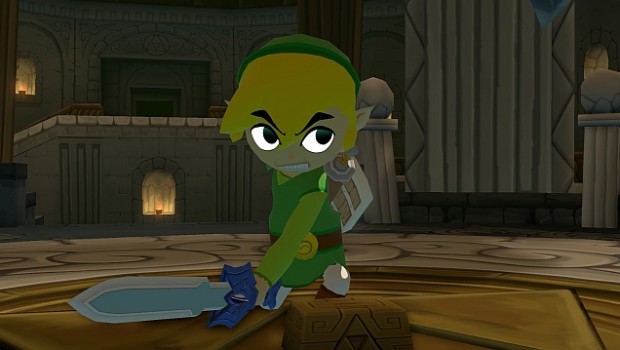 The Legend of Zelda The Wind Walker HD Wii U Review

Summary: The Legend of Zelda The Wind Waker HD once again proves that the HD remakes have a place in this modern world of gaming. They've tweaked the gameplay and graphics to create an almost new experience that Zeldaphites will enjoy and new comers will be captivated by the wonder and enjoyable stories and characters that they met.

I’ve never been a huge fan of Zelda but The Legend of Zelda The Wind Walker HD has changed my mind and I’m now a newly converted Zeldaphite! It’s also a must own game if you have a Nintendo Wii U and really transforms the original GameCube title into something spectacular on this new console.

At its core, The Legend of Zelda The Wind Walker HD is an action adventure game with a considerable amount of exploration in this extremely colourful universe of Nintendo’s Hero of Time. For veterans of Zelda, there is also a new difficulty mode that can be quite cut throat as it increases the damage of enemies and reduces your healing abilities. This “hero” mode really increases the difficulty of the title and dare I say, introduces some controller rage. 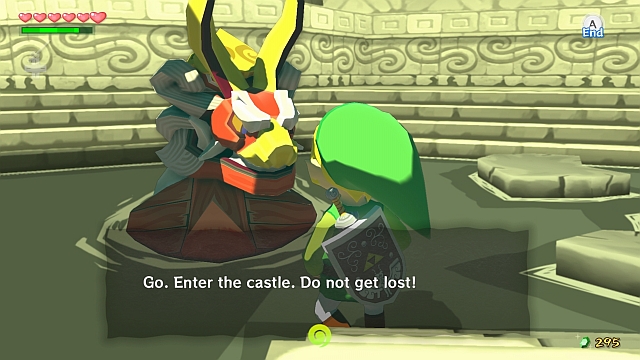 The story of the Legend of Zelda The Wind Walker HD revolves around Link who must band with a group of pirates in order to rescue his kidnapped sister from the nefarious Ganondorf. With his own ship called The King of Red Lions, Link must traverse the globe in order to find clues to where his sister is located that eventually leads to the confrontation between Ganondorf.

Zelda also has access to the Wind Waker which allows him to compose some very wonderful and magical tunes that can control the winds and even summon deadly storms like cyclones. Although the story is clichéd and over the top, it’s really fun to play, especially seeing it all unfold. Another change to the HD version are the uber long sailing times which have been replaced with the Swift Sail that considerably speeds up the time it takes to get from point A to B. However this is only obtained via a side quest. 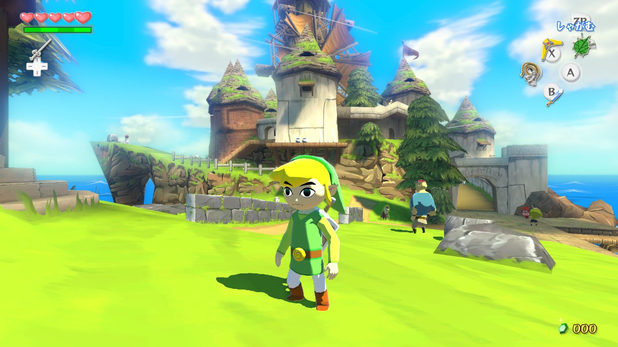 As you explore this wondrous world, the GamePad works extremely well with this remake, especially as everything is displayed on the GamePad screen such as your map and inventory which makes the gameplay smoother than the original. Whether your changing weapons, looking for a particular item or just engaged in good old fashioned swordplay, everything just feels right with the GamePad.

It’s also one of those Wii U titles that allows players to use the remote play feature of the console which means if someone wants to watch TV, you can continue playing. When it comes to Dungeon Crawling, Wind Walker ticks all the right boxes and ensures that when players are exploring these areas filled with nasties, it’s not just filled with wonder but good old fashioned swordplay, especially the one located on the Dragon Roost. 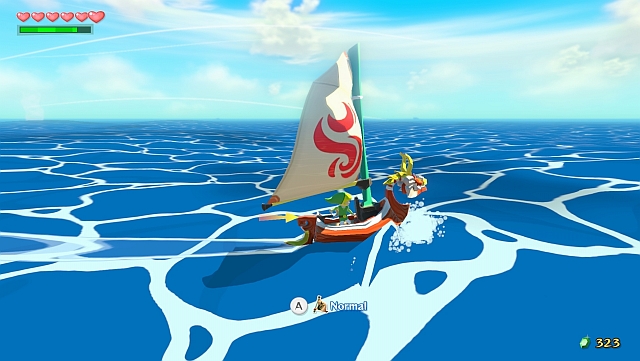 Combat is a highlight of the game and although a little simplistic (dodge, attack & counter), it does become more difficult as you progress through the various missions. The boss battles can be tricky, especially those that verge on crazy. Don’t want to fight, use your grappling hook to steal treasure or your boomerang to stun your enemies. In terms of enemies, they do border on the easy side but you can up the difficulty level if need be.

Puzzles are not that complex, although a few had me stumped but that’s what Google is for and thankfully the areas are diverse and fun to explore. In terms of exploration, Link has a few gadgets up his sleeves like his grappling hook which allows him to swing and even steal items from enemies. It’s definitely not your father’s Zelda! 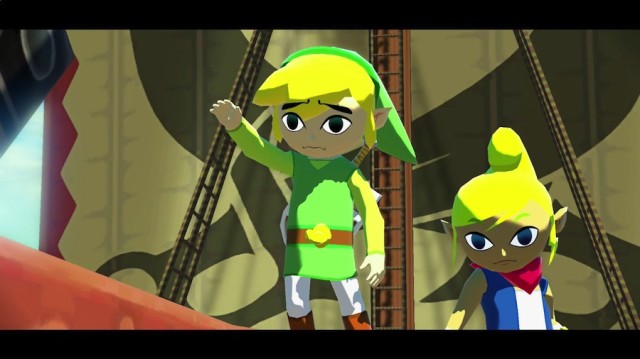 Graphically, The Legend of Zelda The Wind Walker HD looks amazing in HD. It’s like watching a Blu-ray quality cartoon series thanks to all the high definition textures, great animations and cartoon inspired backgrounds that are oozing with more colours than a rainbow. Although Link does remains silent, the facial features are a joy to watch and really help portray his emotions. I also love the new lighting effects in this game which almost creates this surreal water painting.

The only set back with the graphics is the sometimes annoying camera angles that can fortunately be controlled by the right stick on the GamePad. It’s not a game breaker but does take some getting use to. The soundtrack is also classic Zelda but has also received a HD transfer that sounds spectacular through surround sound.

The Legend of Zelda The Wind Waker HD once again proves that the HD remakes have a place in this modern world of gaming. They’ve tweaked the gameplay and graphics to create an almost new experience that Zeldaphites will enjoy and new comers will be captivated by the wonder and enjoyable stories and characters that they met.