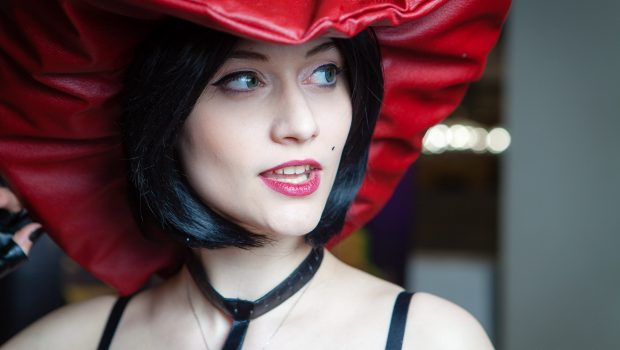 Welcome to Impulse Ksanny (aka Anastasia Kravchinskaya), so who was the first character that you cosplayed and why did you choose them?

So… if speaking in a roundabout way, my first wannabe cosplay was in the lower grades where I played the role of Baba Yaga (Boogeyman) in a school play. It was a blast for me then plus it was very exciting exciting and I enjoyed it a lot.

In my conscious age, my very first attempts to cosplay were (absolutely terrible) Mio Akiyamo (K-ON) and Toushiro Hitsugaya (Bleach), but I don’t consider them as cosplay. It’s rather getting my feet wet.

My first and successful cosplay was Chrona (Soul Eater). I made her by chance to take part in some band’s project which was never embodied. But I decided to finish making the character, because I really got the spirit of this character!) 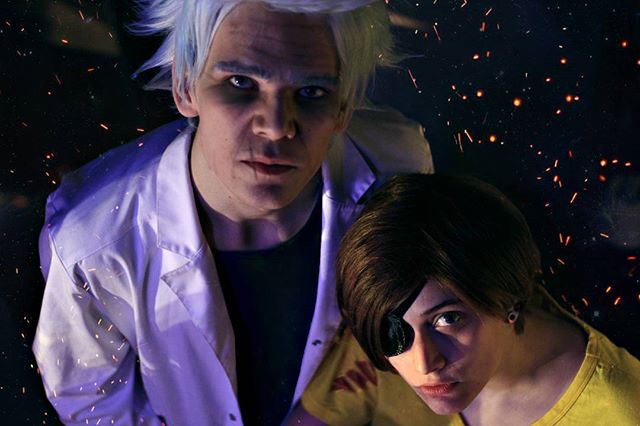 For me cosplay is an assemblage of almost everything I like. It’s a way of self-actualization and achieving dreams! Want to feel yourself as a knight, princess or anybody? Sure, why not?! And there’s no frames. You can recreate your character in different ways: photo, video, cosplay stage play, fanart, sewing, crafting and so on. That’s why I feel sad seeing people not turning their favourite characters into reality, but looking for hype and fame by wearing a wig and underwear, cosplaying not for themselves, but for popularity :( 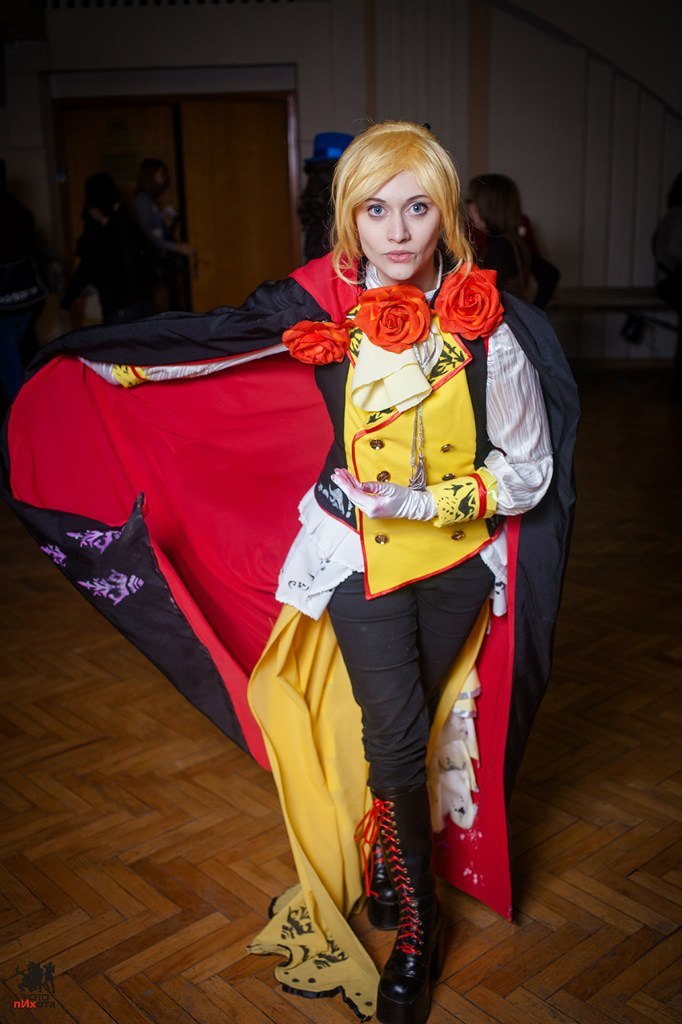 First of all it is fandom and character, because if you don’t have feelings to your work, people will notice it by your costume’s quality, details, play and so on.

Second, it is cosplays of other people! Year by year people make more and more fascinating costumes and develop new ways of creation, so I want to try these ways and maybe even outperform them ;) 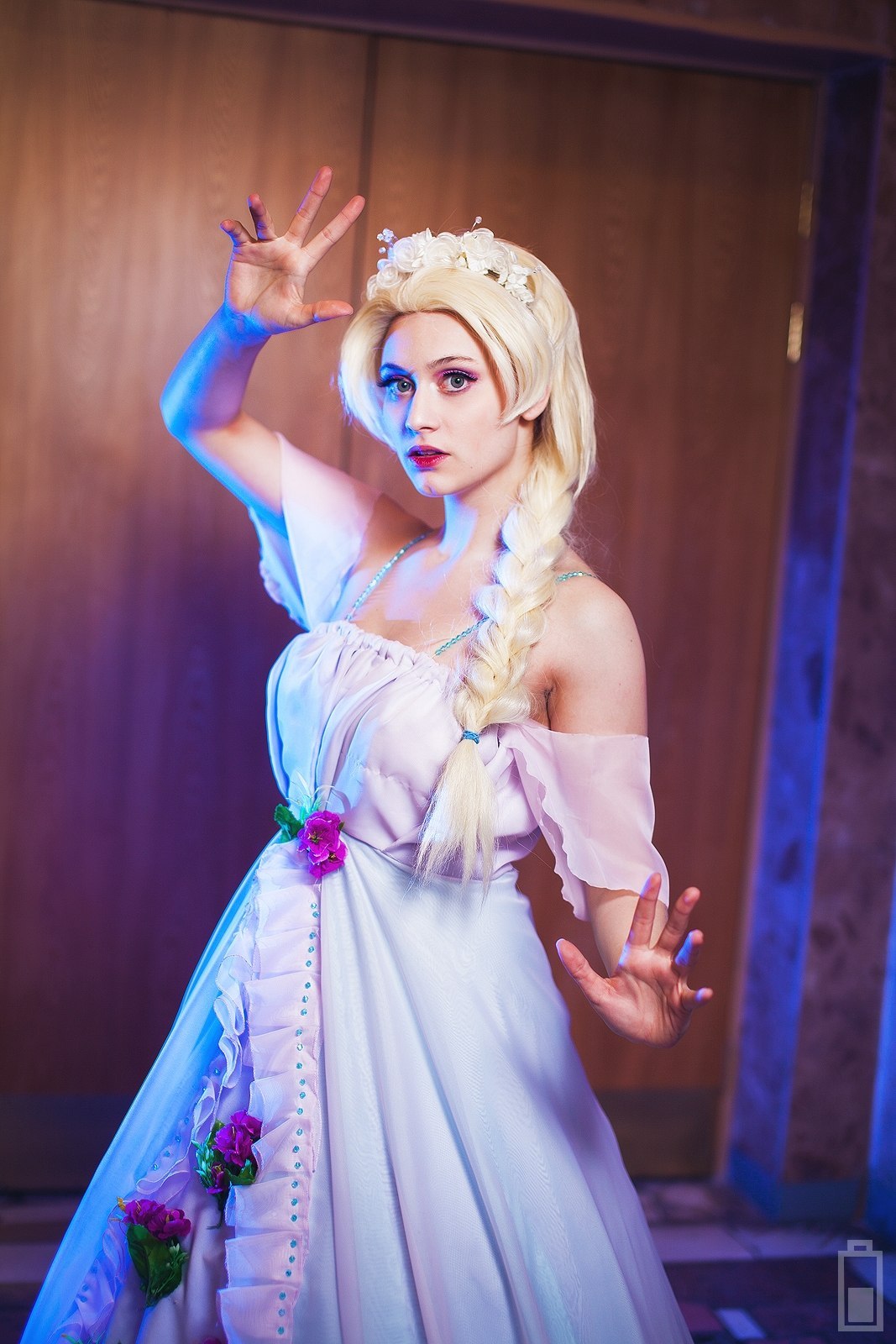 Who has been your favourite character that you have cosplayed and why did you choose them?

I can’t pick one, because everyone means something special and I feel differently to each character :)

By creating and performing emotions, it is Haruhi Suzumia, because it was very big and most crucially first project! *О*

By costume, I think it is Rin and Len (yeah, I made both costumes xD) based on artist Hisekai’s arts, they are fascinating!!! Even though we performed several times, I can’t help improving and making them more detailed. (Somebody stope me Ahahah :D)

By love to fandom it’s Rick and Morty (I was Morty), my recent discovery. Before that, I had been big on something only once, that’s why I have plenty of ideas and plans for RnM :) 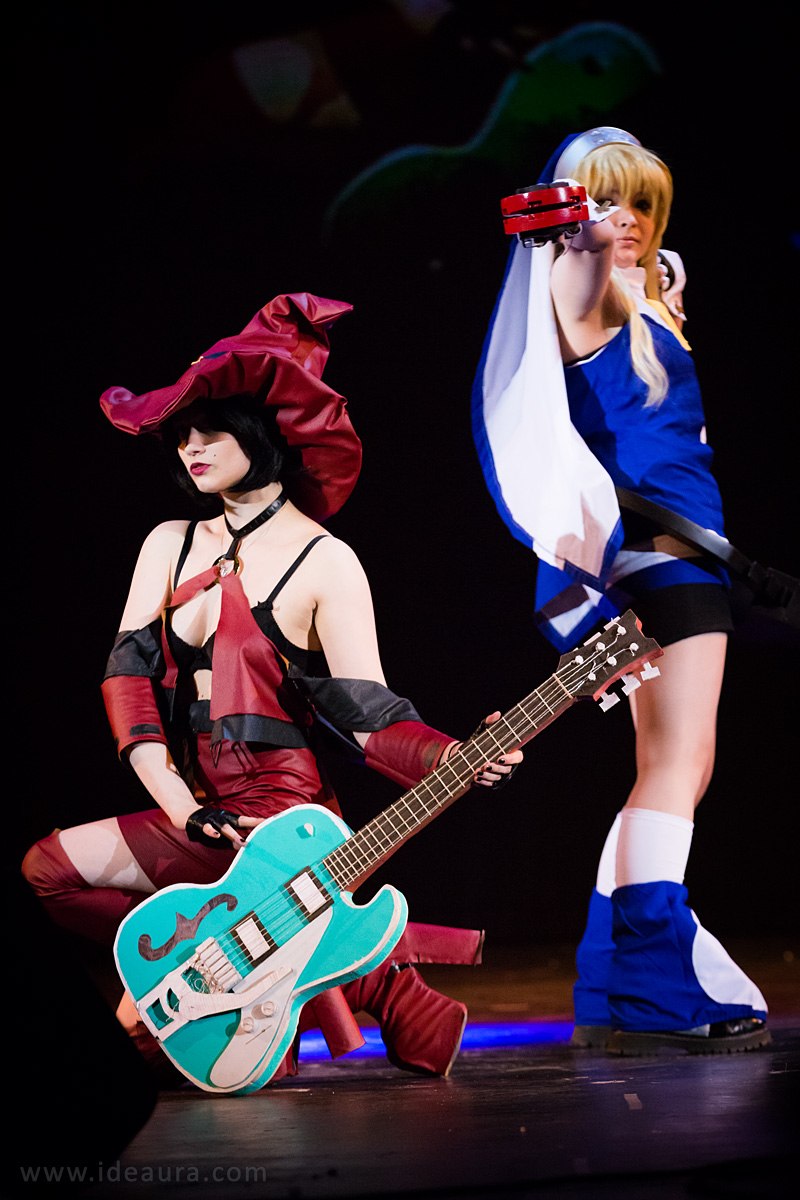 I don’t know whether I am that sort of a person or what, but I often get into stories! There are plenty of them. Choosing the funniest… I was in a small festival rollerblading with an ULTRA GREAT SWORD and big claws (Chariot cosplay) and people were betting whether I would fall or not! 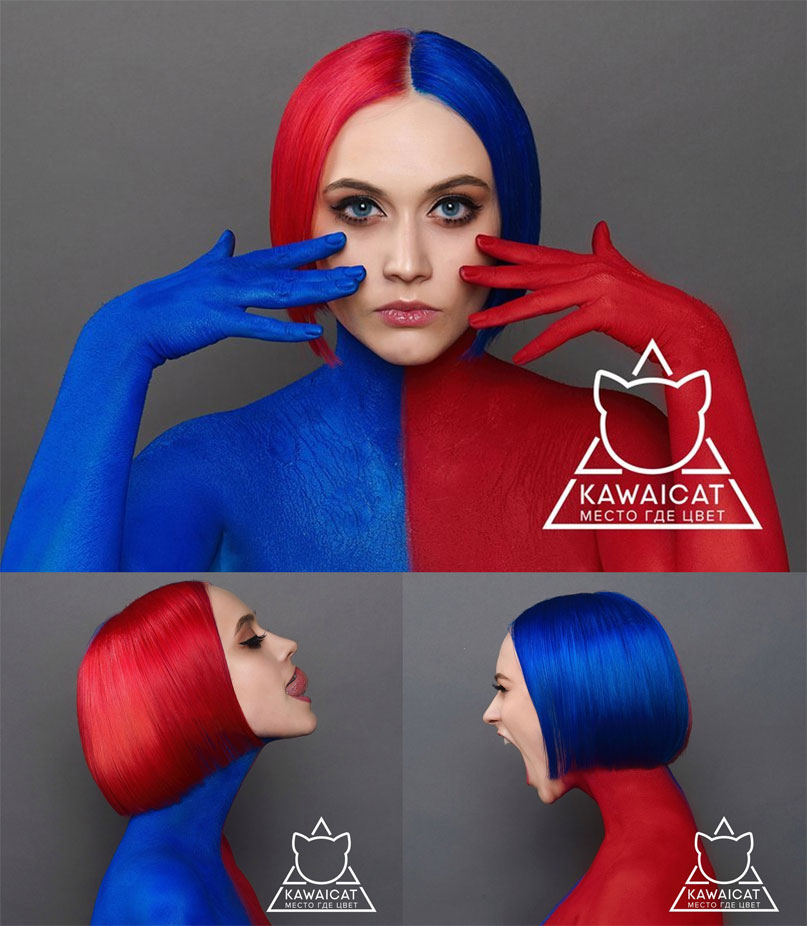 It’s a stumper… Honestly, I can’t decide who could it be. I think I would create a giant costume, which would be controlled from the inside by several cosplayers!!!! Or recreate a part of my favourite fandom (a house or street) to the finest details! 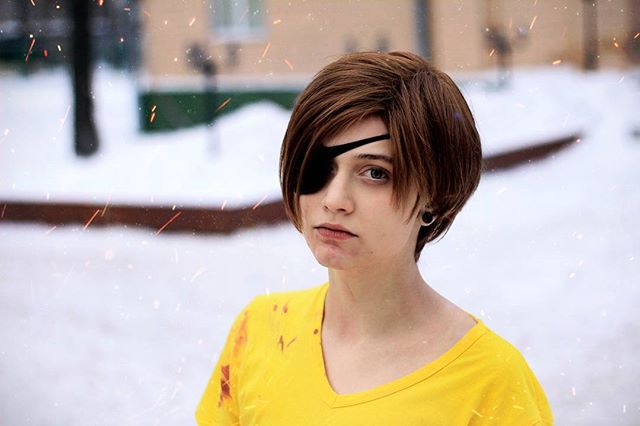 I’m not exactly sure whether I can call it thing, but it is a cosplay festival Tonakai (ex. Odani), which was created by my friends and I! It means much to me. We suffered much creating our cozy place and we try our best for attendees to get a lot of emotions :) 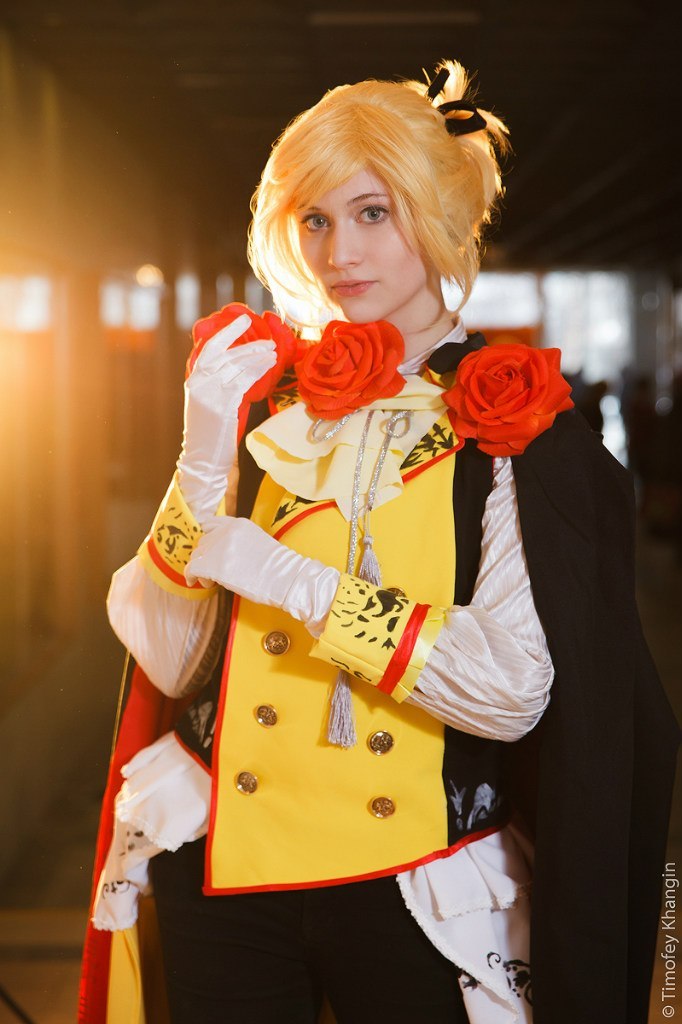 Tell us what’s been your favourite cosplay photoshot and why?

Shinobu Oshino. But it’s worth mentioning that it’s the only photoshoot I have :( Other photos are just photos from festivals and cons. 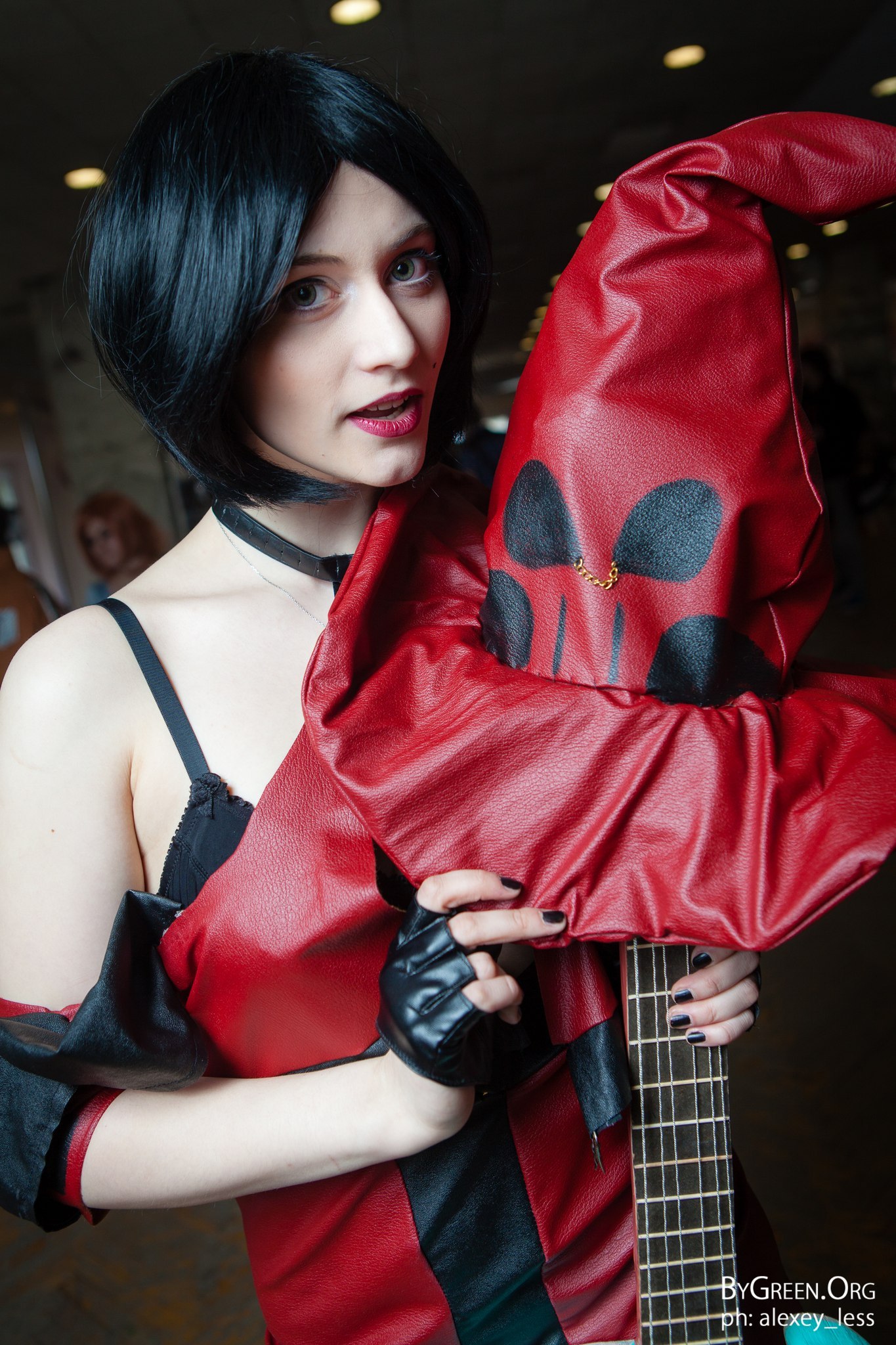 What’s one thing that people may not know about you?

I’m to be a cinema and TV director, so it helps me a lot making performances and things :) 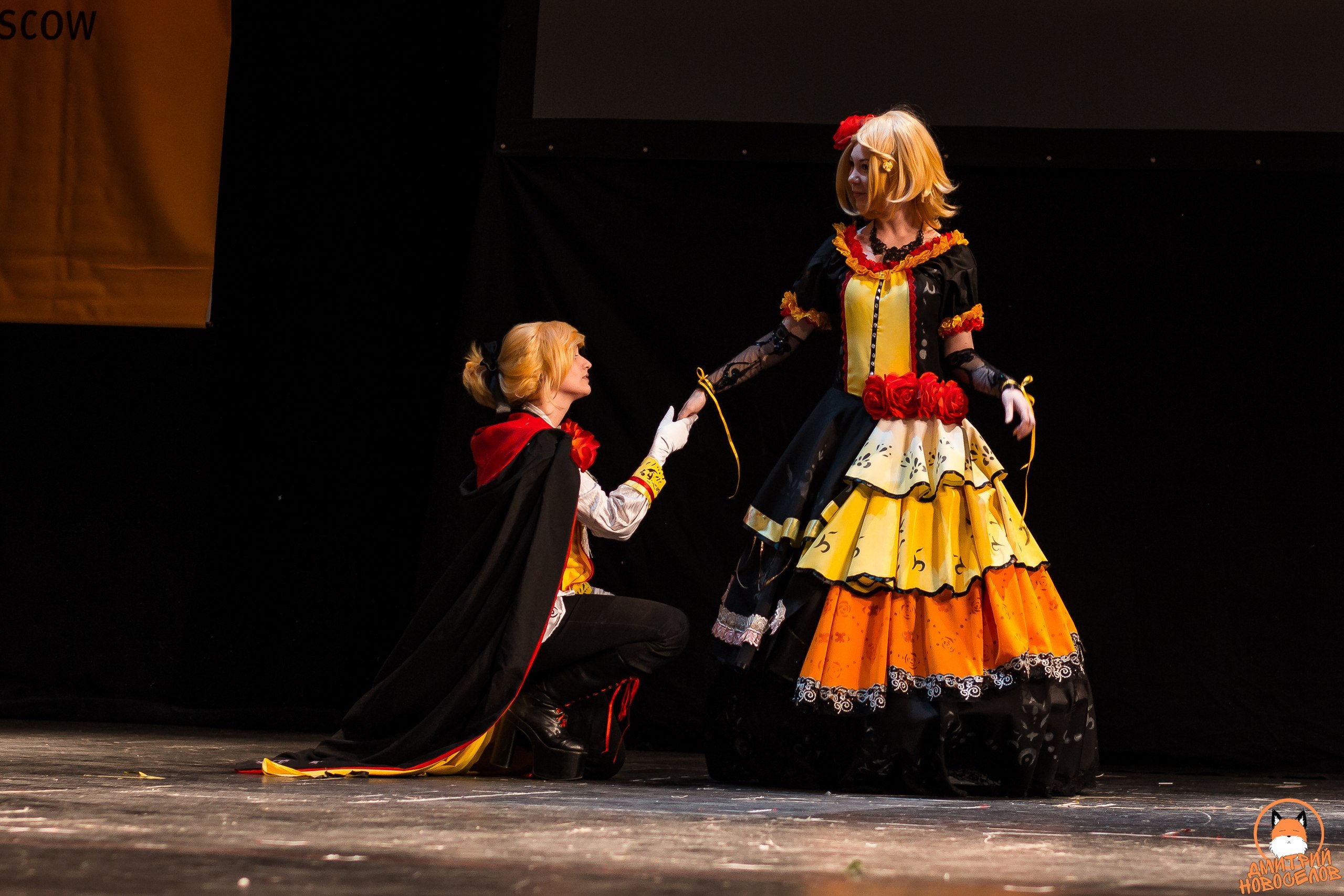 As I said before, it’s Rick and Morty, and also characters from Dark Souls, Darkest Dungeons, Gravity Falls and maybe PSG :3 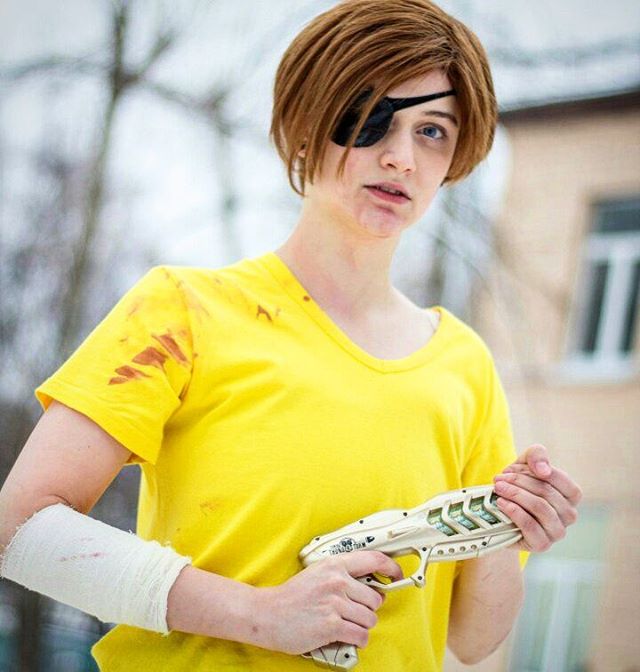 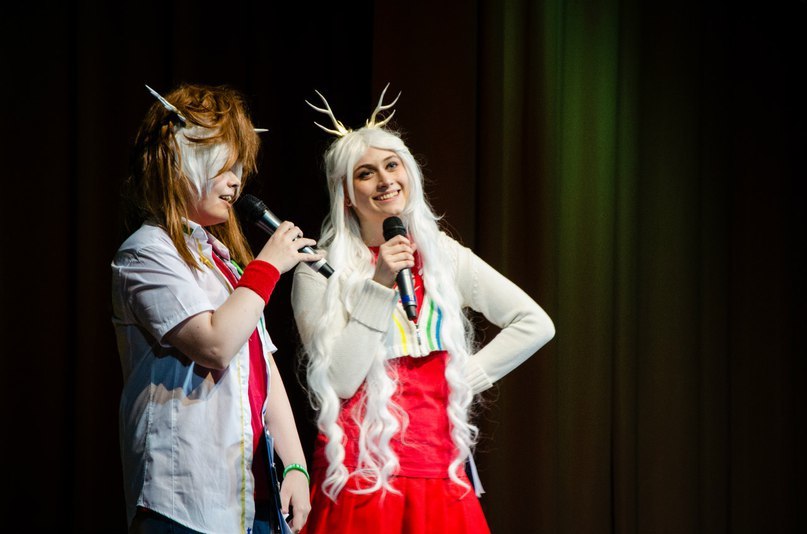 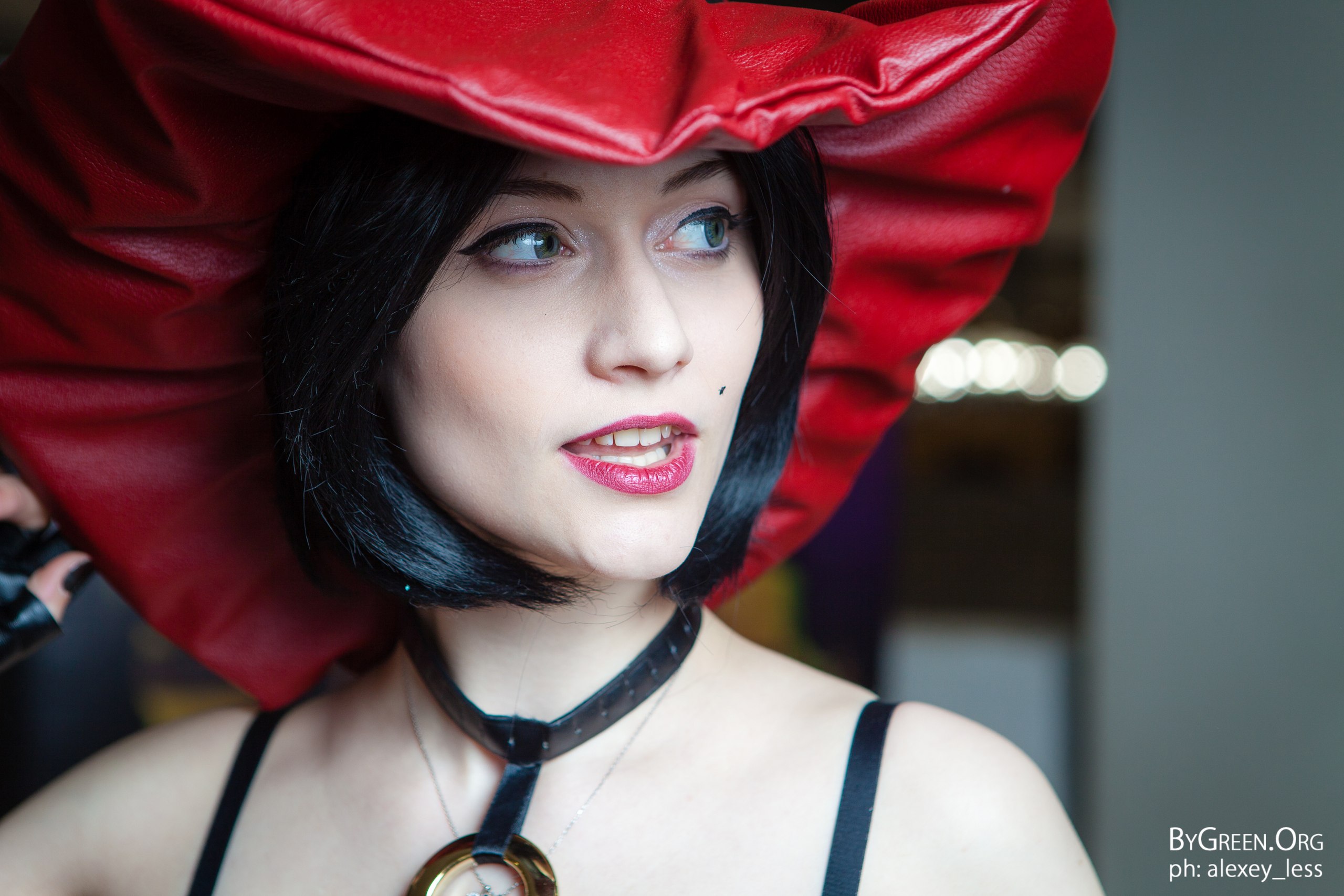 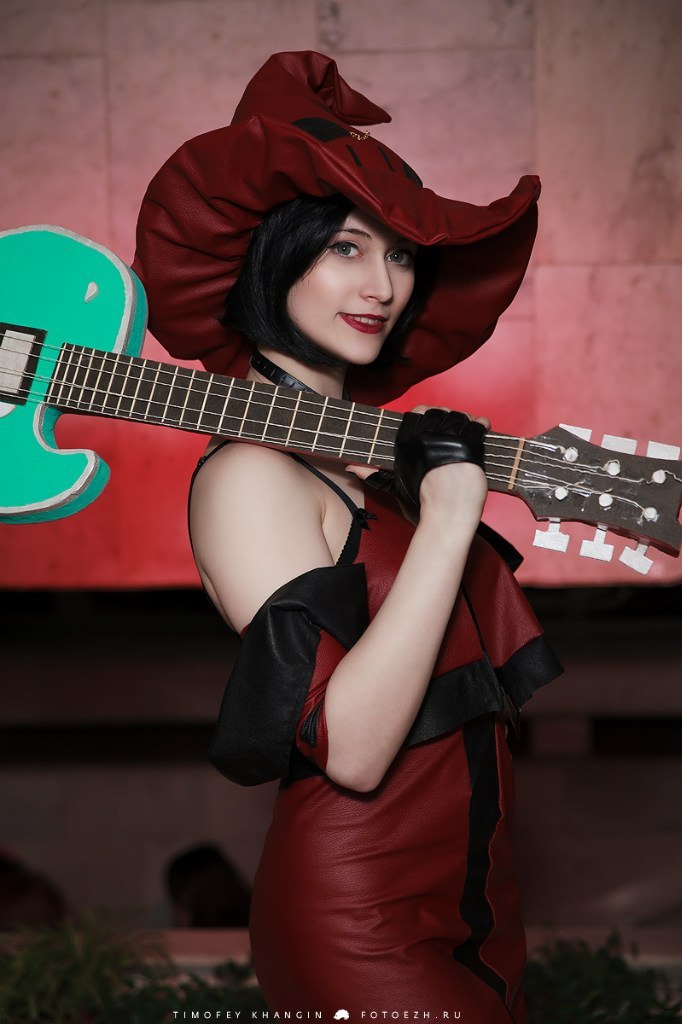 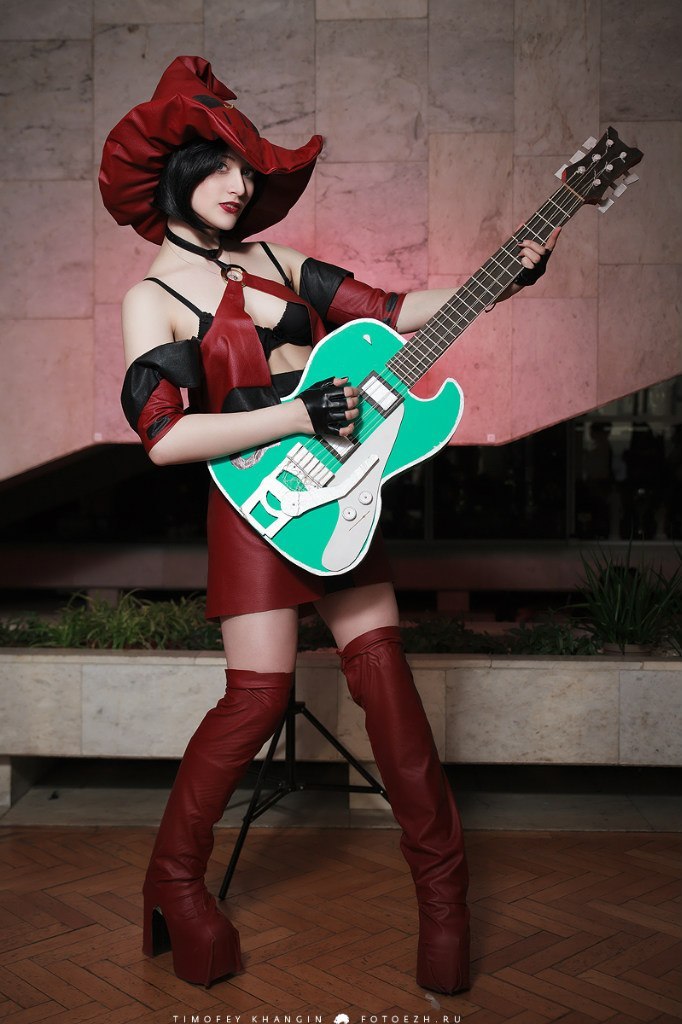 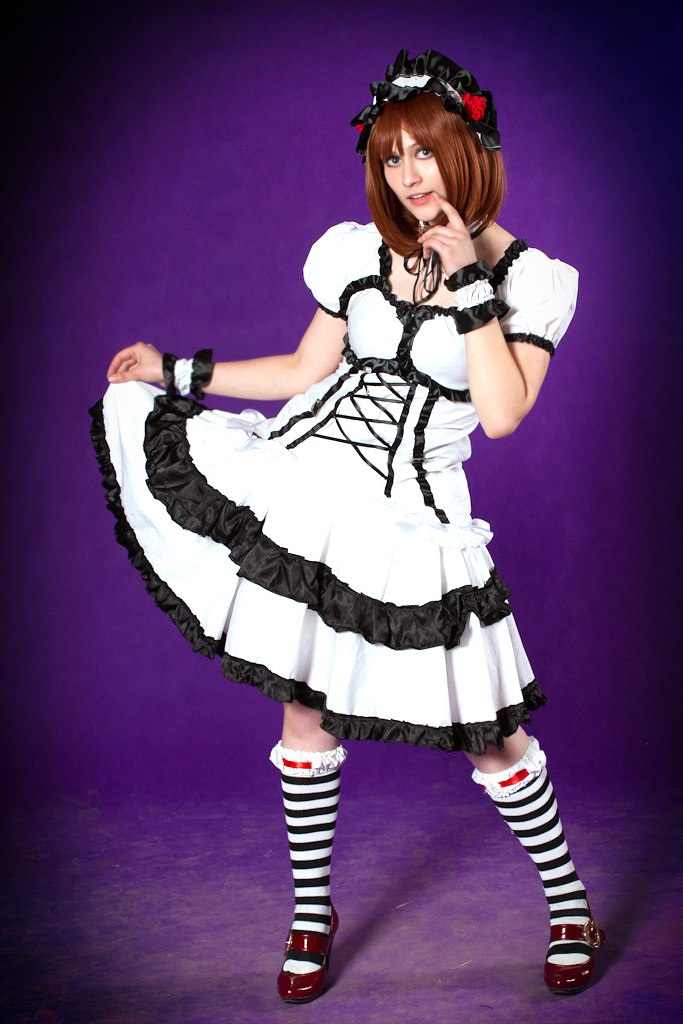 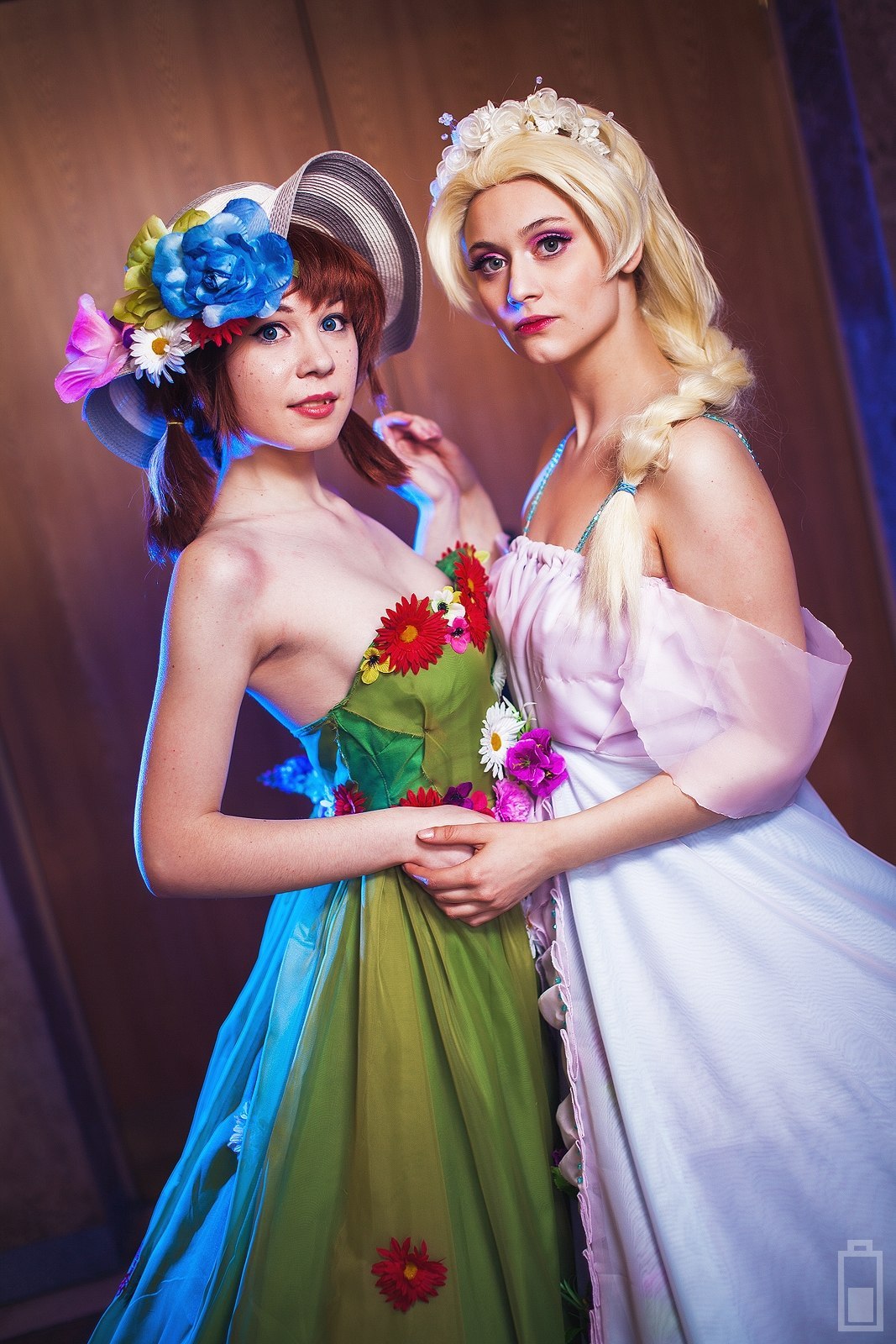 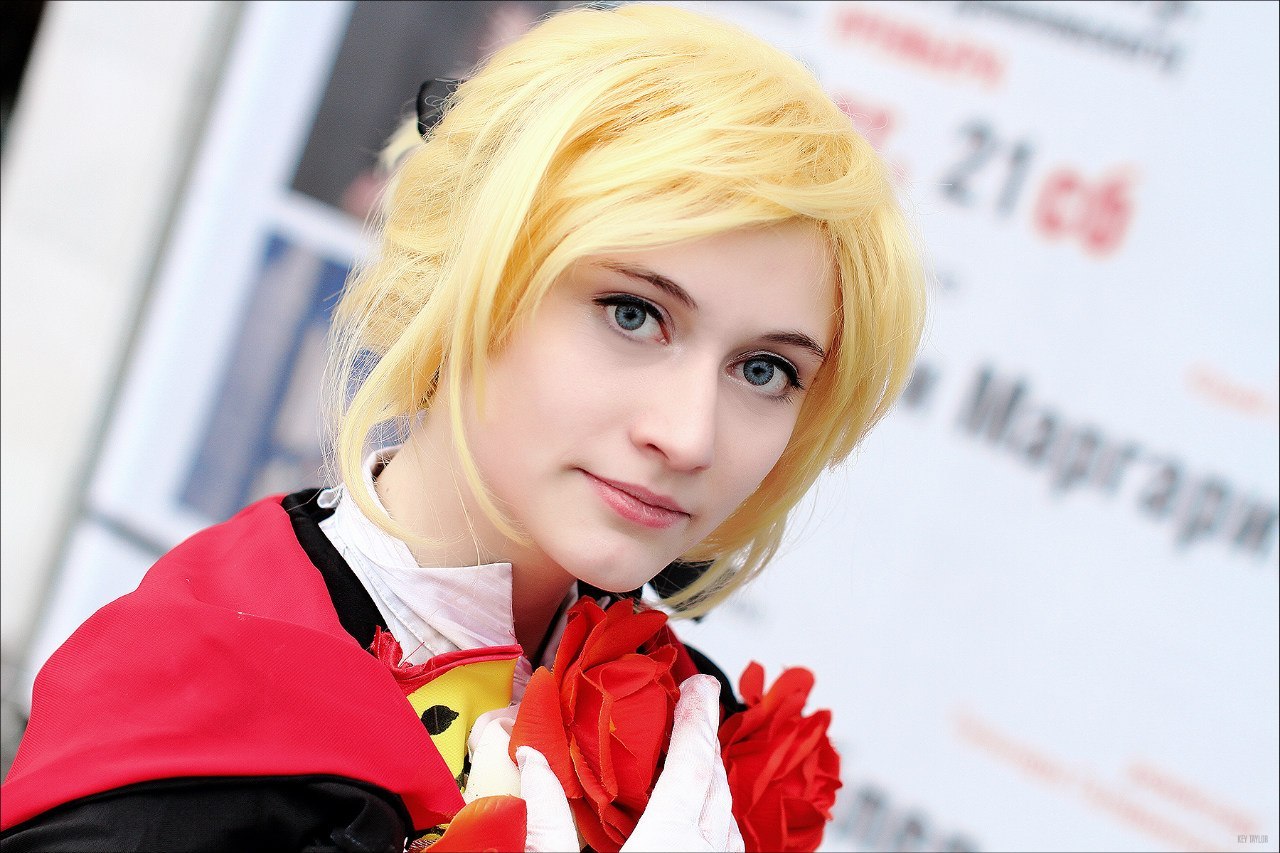