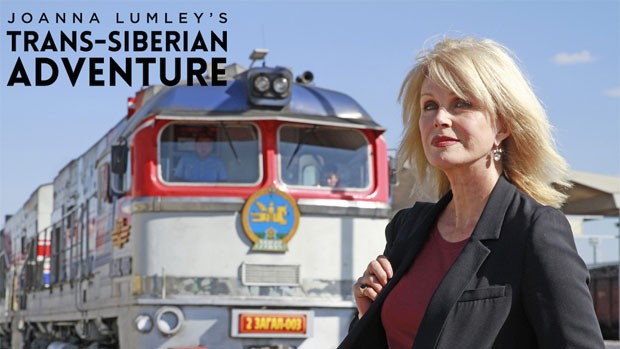 Summary: “Joanna Lumley’s Trans-Siberian Adventure” is very similar to enjoying an English breakfast tea while sitting on your comfortable chaise lounge in the warmth. It’s a kind of quiet contentment.

Joanna Lumley’s travel programs are like the TV equivalent of listening to some smooth, easy-listening music. It’s not that she herself takes it easy; it’s just that she delivers her shows with such a graceful and gentle calm. This very British demeanour makes for a very pleasant holiday indeed, sweetie darling. 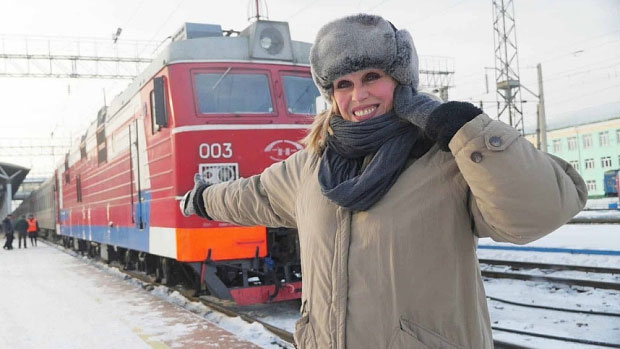 This series is the latest one from the former model turned actress and activist. Lumley has previously travelled to Greece, The Nile and taken in the Northern Lights. Her latest program is about the most epic rail journey one can do. It’s a 6000 mile (approx. 9600 km) journey that takes in Hong Kong, China, Mongolia and Russia. It’s also a very personal story for Lumley, because she lived in Hong Kong for a few years as a child and in 1966 she did a modelling shoot in Russia (whilst the country was in the midst of the Cold War).

Lumley is perhaps best known for playing Patsy Stone on the TV show and soon-to-be-film, “Absolutely Fabulous”. The two presentations couldn’t be any more different. On her “Trans-Siberian Adventure” Lumley is very courteous, luminous and British. The show also has an old-fashioned and classy tone which means it wouldn’t feel out of step when shown alongside “Antiques Roadshow”. 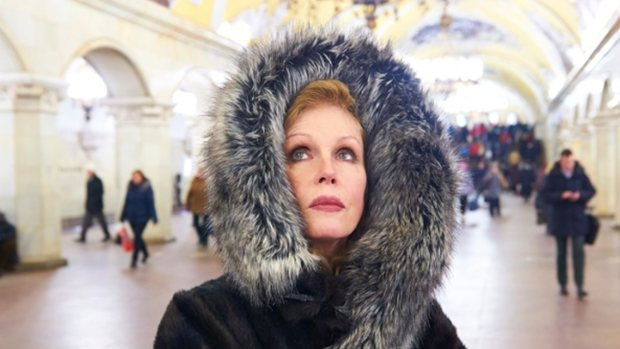 In this documentary, Lumley does manage to get off the beaten track. She visits a Chairman Mao-themed restaurant in China, consults with shamans and horse-milking nomads in Mongolia (a country that also boasts a giant statue of Genghis Khan), sees some throat singers, watches some young Russians recreating Jane Austen-like balls complete with period costume and finishes it off by drinking lots of vodka in Putin’s Russia. Lumley is an eloquent host who is very enthusiastic about most of the things she sees. It’s nice to watch someone who is so positive but she does tend to declare that a lot of things are “Extraordinary” and this could annoy some viewers after a while.

This three-part journey of 6000 miles started with a single step onto a train and it’s fair to say it’s a rather fun one. This travelogue is often rich with details and has a kind of quiet and subtle charm to it all. In the end it’s like travelling with your favourite, older aunt who is passionate about panoramas, people and culture. “Joanna Lumley’s Trans-Siberian Adventure” is very similar to enjoying an English breakfast tea while sitting on your comfortable chaise lounge in the warmth. It’s all a kind of quiet contentment. 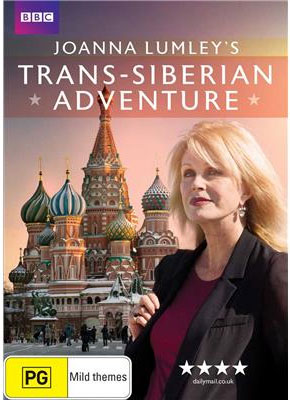