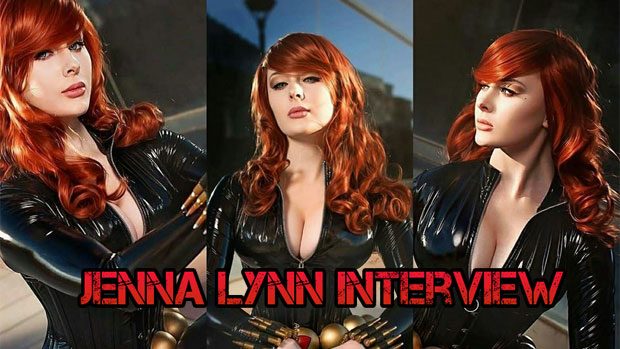 Welcome to Impulse Gamer Jenna and have you caught any Pokémon today?

I started going to conventions 6 years ago with my friends and older sister casually. Then one day my sister and I decided to make the dragon aspects of Alexstraza and Ysera from WoW for the Anime weekend Atlanta a few years ago. Safe to say that I took on more than I could handle. My costume was falling all over the place and the quality wasn’t the best. But I was so proud of the effort and time I had put in and the fellow con goers were so positive that it made the experience as a whole so much more enriching and delightful. So I started to cosplay occasionally after that convention. Granted, I only started to buckle down and really get into making costumes about a year and half ago when I started my page. ☺ 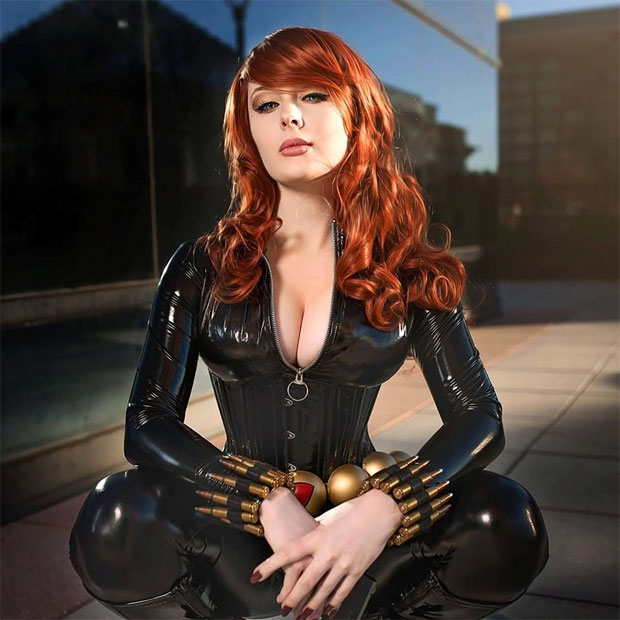 What’s the coolest aspect about cosplay?

All of the awesome people! I’ve met some of the most kindest, talented, and down to earth people within this hobby. But I’d have to say pushing your skill level to create all sorts of cools things is a close second.

I have a tie for most irritating between not being credited for my work and people who try to start drama/slut shame within the community. 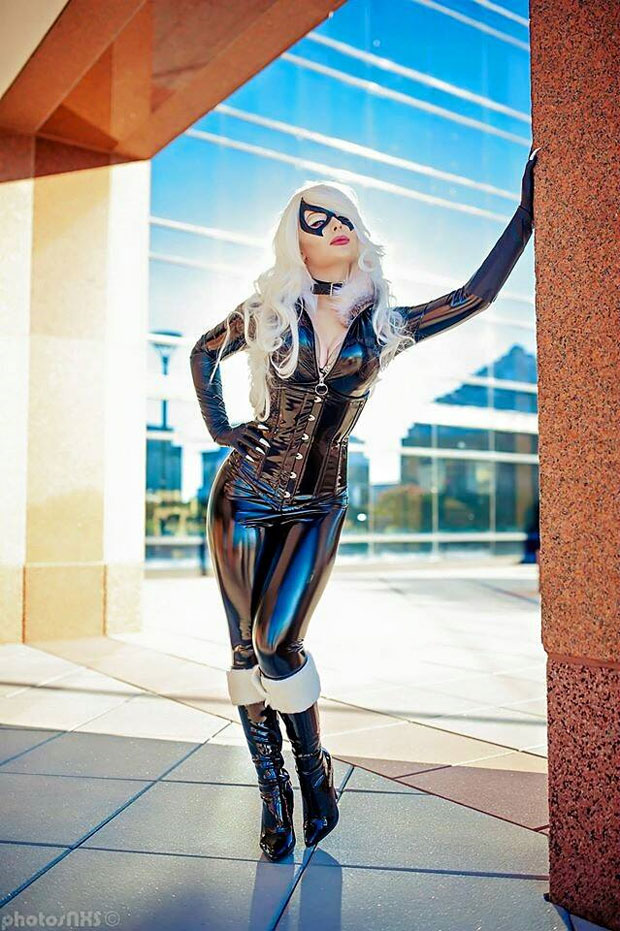 Can you walk us through your cosplay creation process?

Once I settle on a character I usually order their accessories (wig, contacts, heels, etc.) first. I generally make the fabric pieces before I make any of the armor, gadgets, or props. After the fabric portions are done I’ll move to any armor, gadgets, or props my selected character may have and build the bases for them. I usually save priming, painting and sealing for when I have plenty of free time and do them all within a few days. I always save attachments for last and devote a couple days to test the attachments out so I can make sure that I will be able to walk and be somewhat comfortable. 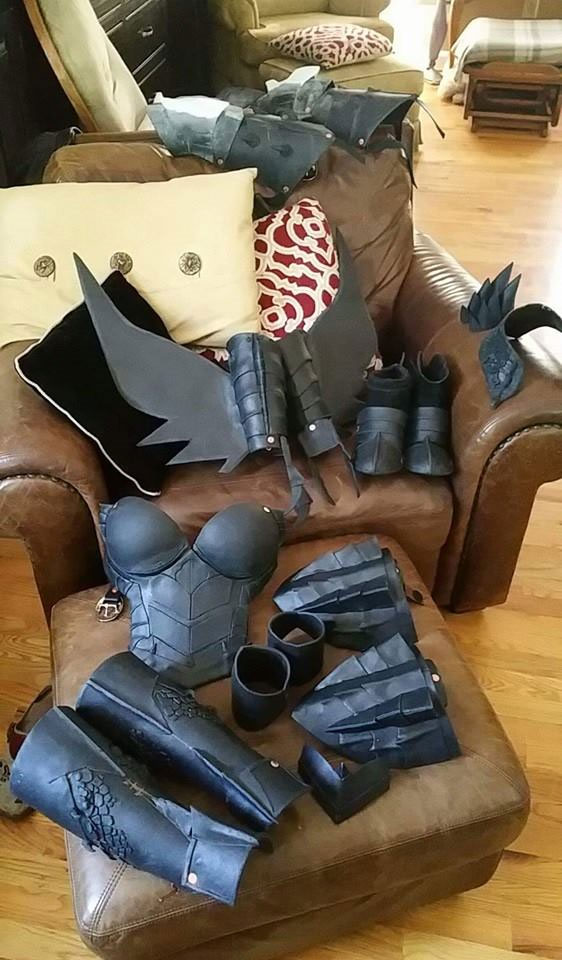 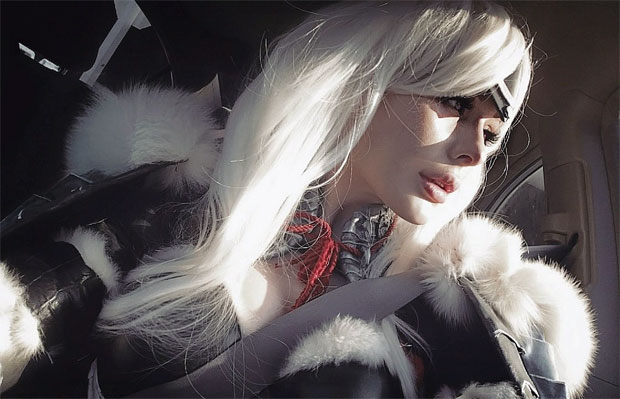 You’ve played Black Widow and also Cammy, who do you think would win in a fight?

I may be biased. But I’d have to say Cammy. Those thighs are no joke.

I had a great time wearing Black Cat. Her costume is fairly comfortable and I can make cat noises without being judged.

When you transform into a cosplay character, do you find yourself taking on their personality?

I feel bad ass when I put on any costume. Not so much that I delve into said character’s personality but I do however take into consideration the character’s quirks. 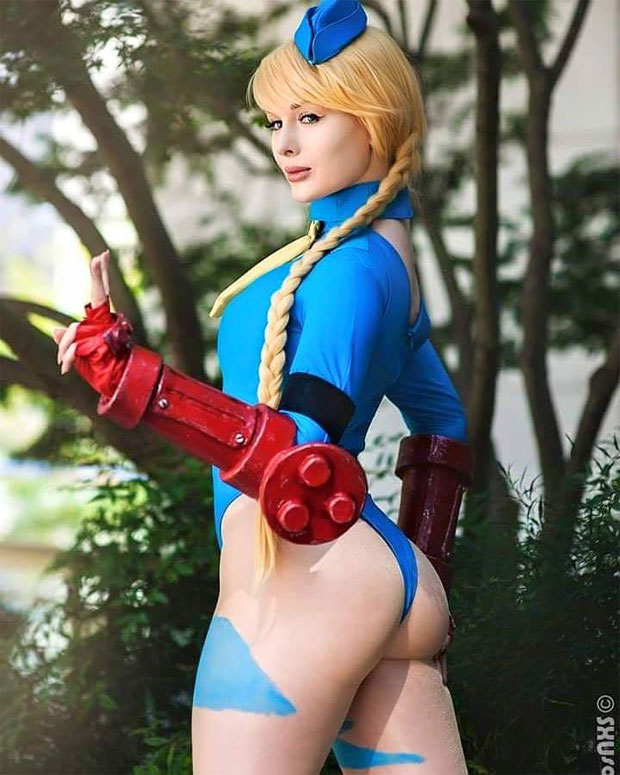 For people wanting to start cosplay, what words of advice would you give them?

You’re going to struggle at first. But reach out to others, ask questions, be open to learning. Keep pushing forward, do your best, and remember above all to have a good time even if it means having to drop a costume.

If you had unlimited money and time, what character would you create and why?

Chaos Witch Quelaag or Esther Blanchett’s Queen Dress. Both would definitely be challenging and super fun to work on. 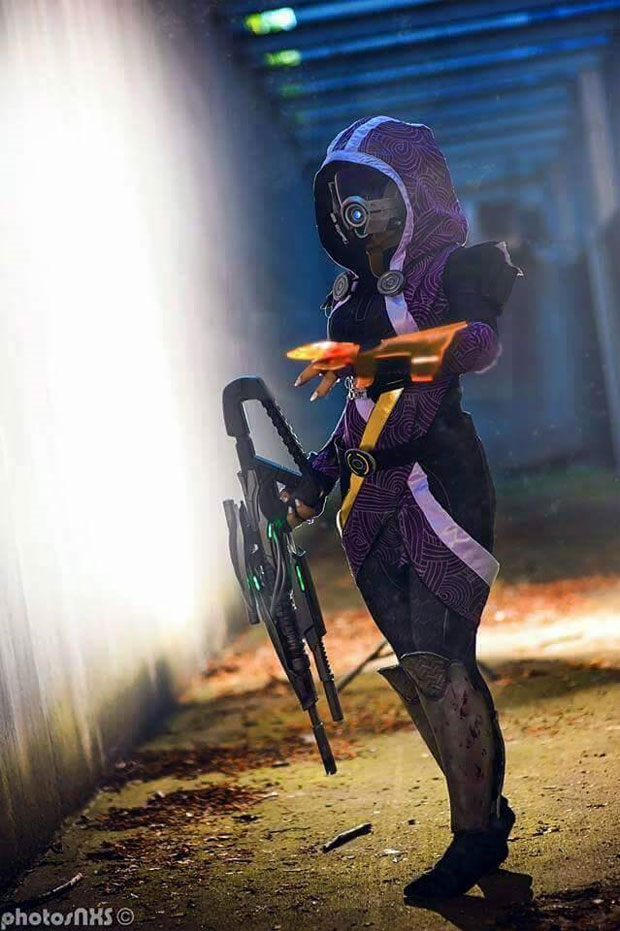 My cat Coal. Though I’m pretty sure he owns me.

I’ve got Dragoncon, Anime Weekend Atlanta, NYCC, North Carolina Comic Con, and a ton of new costumes to share with you guys.