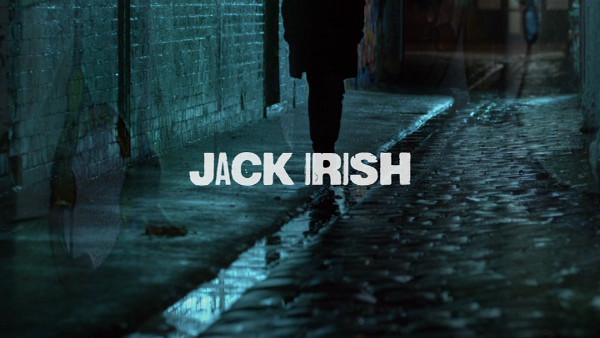 Summary: One can only hope for more Jack Irish tales.

Thanks in large part to a massive injection funds courtesy of the taxpayer via the Federal government, ABC TV has once again become the home of quality Australian made television drama.  Not that the commercial networks covered themselves with glory during the funding interregnum, with endless attempts to recapture the excitement engendered by the first Underbelly series.  Nudity and extravagant violence have their place, usually in a Quentin Tarantino movie, but endless repetition of those elements only make for a jaded viewer.

Adapted from the works of noted Australian crime writer, Peter Temple, the Jack Irish telemovies are notable for their excellent use of local Melbourne and Victorian settings, and of the uniformly excellent cast of Australian character actors in each.  Familiar faces from previous Jack Irish serials, in particular journalist (and love interest) Linda Hillier (Marta Dusseldorp), crooked bookie Harry Strang (Roy Billing) and his bodyguard (a scarily bulked up Aaron Pedersen) make welcome reappearances. 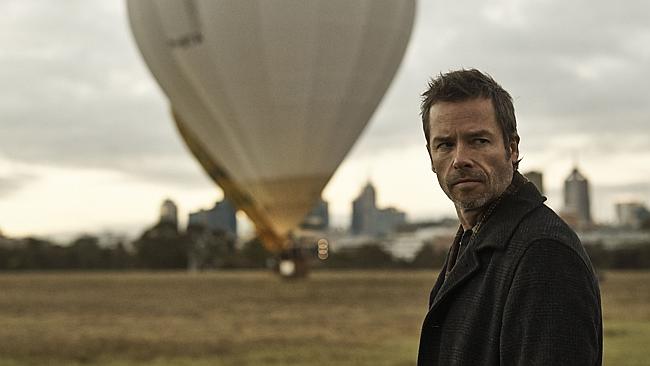 Guy Pearce is one of those actors your reviewer first saw in Neighbours, as a fresh faced actor just out of acting school.  To have seen him mature and grow into his undoubted ability, both here and abroad, is to have seen the matched maturation of the Australian television industry.  While not a powerhouse in world television and movies, Australia has produced a strong crop of actors and creators that have exported the good name of the Australian industry across the world.

So it is wonderful to see Pearce return as Jack Irish, a man almost broken by personal tragedy, but nonetheless willing to stand up for the underdog and fight corruption.  In Dead Point, his father-in-law, a noted anti-corruption judge, splendidly played by Barry Humphries tasks him with finding a certain red bound volume, whose contents will destroy his reputation and derail an important corruption investigation he has undertaken.

Into the mix are thrown corrupt police, a possibly corrupt importer (Vince Colosimo) and his definitely corrupt wife (Offspring’s Kat Stewart) and the fatal overdose of a man who filched a cocaine laden Ferrari from under the noses of the police in a memorable opening sequence filmed at night at the Melbourne dockyards.

By now, the series has fallen into a something of a formula.  Irish, through his seedier connections is drawn into a criminal conspiracy that has squirmed its way into the top echelons of Victorian politics.  While this presents the dramatic tension, the B plot entertains with fixed horse races and a resolution involving fast cars and even faster fists.  While entertaining, there’s a certain sameness the series is in danger of falling into.

There are a couple of criticisms.  The treatment of women in this story is a little troubling.  For the most part, all the main female characters play either as punching bags (Deborah Mailman) or as fetching eye candy who look wonderful in (and frequently out) of their clothing.  There’s not a lot on offer for them female leads to take away from their roles, which is a real pity.

The other weak point is the too neatly tied up resolution.  The finale the story is a little rushed and is down more to Irish’s driving skills more than any nous he demonstrates.  Despite this, the aspect of the story that lifts it above the ruck of similar fare is the emotional journey Irish takes.  From the first serial, where we see his wife’s murder, Irish has had to navigate the darker channels of his grief.  In this latest story, a glimmer of hope and happiness appears.  Whether this means that the means streets of Melbourne become slightly less ugly for Irish is yet to be seen, but given the overall quality of the series to date, one can only hope for more Jack Irish tales.

Picture:  slickly directed by Martin McGrath, the pictorial quality of the story is excellent.  Slightly muted colours match the mood and season.  Inner suburban Melbourne is brought vividly to life, but the highlights come with the switch to coastal Victoria for the finale.  Beautiful.

Sound:  crisp and clean.  Very rarely with modern day recordings will you get a duff soundtrack, and this is no exception.  Nick Cave’s Red Right Hand, used powerfully here in the opening titles, is a case in point.

Special Features:  Aside from an option to watch with subtitles, three behind the scenes vignettes form the core of the extras on this release.  None longer than five minutes, the viewer is shown a glimpse of the set up of three different scenes from the story.  While not essential, they do give a flavour of the work that goes into making modern television. 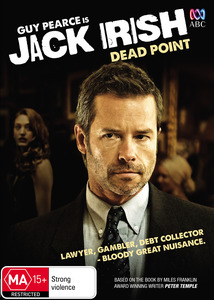