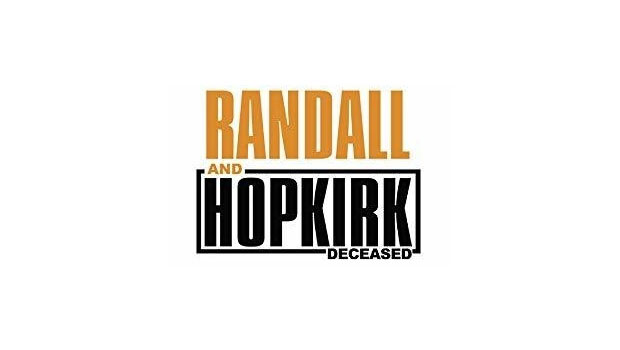 Summary: A cynical PI and his ghostly partner investigate the seedy side of the Swinging 60s in this entertaining and occasionally comic series.

Pound for pound, 1960s British television is easily the most inventive of anything that came before or after. The Avengers, Doctor Who, Adam Adamant Lives, Department S, The Champions, The Thunderbirds, The Prisoner. All these and so many more it would take several reviews to discuss. And another that has long endured beyond its single season is Randall and Hopkirk (Deceased).

Created by noted scriptwriter Dennis Spooner (The Avengers, The New Avengers, Man in a Suitcase, Doctor Who and The Baron) and produced by Monty Berman (The Champions, Jason King), Randall and Hopkirk (Deceased) starred Mike Pratt and Kenneth Cope as the private detectives Jeff Randall and Marty Hopkirk. The death of Hopkirk in the opening episode was the hook by which the series made its mark – returning as a ghost only able to be seen by his partner, the duo continued on their detective work together.

Many of the non-BBC series of the time were made with the American market in mind. The Avengers transitioned to colour to suit their overseas paymasters, while shows like The Persuaders, which featured Tony Curtis as co-lead, were a sop to the American market. Nothing wrong with that, of course, and while Randall and Hopkirk (Deceased) didn’t have any American leads, it certainly did have an American spin off, under the less than exciting title, My Partner the Ghost. Randall and Hopkirk (Deceased) also, like many of the series mentioned above, only destined for one season, not necessarily a comment on the quality of it, or whether the concept had legs, but most entirely about whether it could make money being sold overseas.

Randall and Hopkirk (Deceased) has a great concept for a series. Curmudgeon Randall forced to work with his dead partner who assumes all sorts of different abilities now he is dead to assist in their detective work allows for many, many different types of stories. The Man from Nowhere features a character who claims to Hopkirk’s wife he is the reincarnation of her dead husband. That’s How Murder Snowballs features a pair of mind readers, one of whom accidentally kills his partner, requiring both partners to work together to uncover the culprit.

Mike Pratt plays Jeff Randall as a reliably curmudgeonly, but extremely competent private detective. There’s plenty of scope for his character to attract the eyes of the ladies (it was the 60s, okay?), engaging in some nicely choreographed fight scenes, all the while arguing with his ghostly partner. It’s rather shocking to think Pratt was dead within ten years of his lead role, but given the number of cigarettes he is seen smoking on screen, it’s sadly no surprise.

Kenneth Cope as Marty Hopkirk gets to play a character with a lighter touch – he’s clearly not horrified by his new existence, but is keen to use his newfound abilities to assist his partner. Dressing him in a lighter coloured suit, coupled with the nifty use of 60s era technology to demonstrate his ghostly abilities, and it is easy to see why Cope and Pratt’s characters are fondly remembered all these years later.

The extras contained on this set are more than one could reasonably expect for a one shot series broadcast over 50 years ago. There are several audio commentaries featuring several actors and behind the scenes staff that help flesh out our understanding of the production process and case experiences making these episodes. Of special interest is some mute, behind the scenes footage that remarkably still exists, and gives a flavour to what was happening in between takes. Particularly interesting is an interview with Kenneth Cope made in 2005, probing his memories of his time on the series.

As was common with these series, Randall and Hopkirk (Deceased) was recorded on film, so immediately the quality is superior than it would’ve been had it been recorded to video. Given the limitations of the time, the sound is decent, with voices easily discernable and the soundtrack a retro delight.

Overall, with its interesting premise and 60s sensibilities, Randall and Hopkirk (Deceased) is an entertaining 26 episode series well presented in this boxset. The leads are charmingly annoying to each other, the crimes they investigate and the situations they find themselves in sufficiently interesting and enjoyable to make this set a must buy for any fans of British television of a certain vintage.