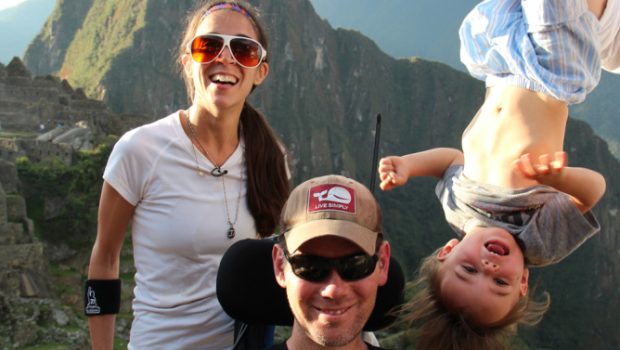 Summary: Gleason is a heart-wrenching and inspiring documentary about a former NFL player who is diagnosed with motor neurone disease.

Steve Gleason is a former NFL player from the New Orleans Saints. But in the film “Gleason” he shows the strength and steely resolve of a prize fighter. The film is a fly-on-the-wall documentary about his diagnosis of motor neurone or Lou Gehrig’s disease (or the illness that inspired the internet’s ice bucket challenge). It also shows Gleason’s battle and deterioration with this illness.

In 2011 it had been four years since Gleason had retired from a stellar football career and this included one season that was particularly legendary, where he was instrumental in a number of the team’s victories in the aftermath of Hurricane Katrina. What started as a series of muscle twitches came the diagnosis of motor neurone disease (this is also known as amyotrophic lateral sclerosis (ALS)). This is the same condition that Stephen Hawking has and it’s a disease of the nervous system that weakens muscles.

A few weeks after Gleason is diagnosed his wife Michel Varisco-Gleason discovers that she is pregnant with the couple’s first child. Gleason is determined to fight his illness even though his doctors have given him a life expectancy of between two and five years. Gleason is inspired to compose a set of video diaries for his unborn child to ensure that the kid will have an opportunity to learn first-hand about his father.

Steve Gleason does meet his son Rivers when the latter is born in October 2011. The two have a great relationship and it’s a different one from the complicated relationship Steve shares with his own father. Steve’s dad, Mike Gleason is a devout Christian and he was a strict disciplinarian when his son was growing up. Mike takes Steve to see a faith healer in one uncomfortable scene from the film. Michel – to her credit – calls bullshit on the whole exercise.

This documentary sometimes delves into things that are extremely private. The videos were originally filmed by Steve for Rivers and they were edited together by director, J. Clay Tweel. On the one hand it’s an amazing opportunity for the audience to get such unfettered access to a subject but at other points this borders on exploitation (one scene in the bathroom is pretty brutal as are some arguments he has with Mike and Michel). In spite of the problems that Gleason encounters he tackles things with such optimism, humour and aplomb. Michel is also an inspiration because she is a stoic and hard-working wife, mother and caregiver. Gleason along with his family also run a foundation and charity to support other people with ALS.

“Gleason” is a gut-wrenching documentary that shows the determination of an athlete and sport star who deteriorates and becomes a wheelchair-bound invalid. It’s an emotional story that contains some intense moments – one of these is in the brief cameos by Pearl Jam’s Eddie Vedder and Mike McCready. The film shows an extreme determination and strength at fighting against the odds and it ultimately reminds us just how precious life is.