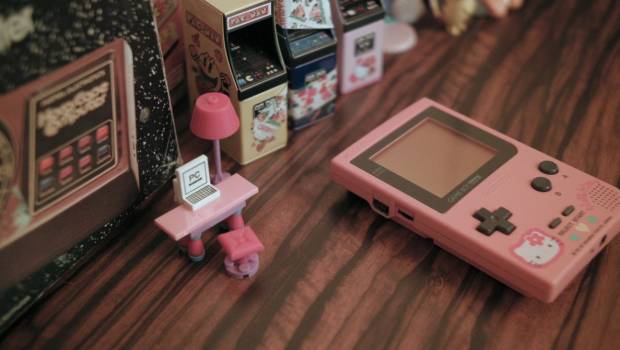 Summary: Geek Girls is a worthy but uneven documentary about fan girls that like those things typically enjoyed by men such as: gaming, cosplay, collecting and software development.

“Geek Girls” is a documentary that plays out like a love letter from one person to members of their very own kind. It is a film that tackles a wide array of different subjects and does this with varying results. The story is commendable because it shares some relatable tales from a range of well-spoken girls who love different things like: gaming, cosplay, collecting, software development and other areas traditionally dominated by men and is proof that we all need to challenge long-held stereotypes.

It is heartening to see films like this one being made. In a similar way, “Big Dream” is a documentary that follows a group of young women pursuing careers in STEM (science, technology, engineering and mathematics.) “Play Your Gender” meanwhile, examined women’s roles in the music industry. And “Hidden Figures” was a look at the African-American women who worked at NASA and played a huge part in putting man on the moon. All of these are worthwhile pieces and contribute to a richer dialogue about things and inspire a new generation of young women to get involved in these areas.

Gina Hara is a Hungarian/Canadian filmmaker and artist who has previously made a web series about gaming called “Your Place Or Minecraft.” Hara is a self-confessed geek herself. In “Geek Girls” she sets out to hold up a mirror to her fellow female gamers and fans. One thing she learned along the way was that this was no easy assignment as many interviewees dropped out for fear of negative reprisal from the online community.

Some of Hara’s interviewees declined because they cite the online abuse they receive (some of this was happening prior to the Gamergate controversy but it’s disappointing to see that some of this negativity continues to this day.) Hara filmed in Canada, the U.S. and Japan. In the latter country she learned about otaku, a group of geeks who find it a challenge in the typically conservative Japanese society to pursue their interests and pastimes so they conceal their identities. Hara found two participants named Alice and Meee who were willing to speak on camera but many otaku proved elusive.

The other interviewees featured here include Élisabeth Fallen, an alternative fashion model and steam punk who dresses in her own Victorian and Edwardian-inspired creations. Anita Sengupta is a NASA engineer and research professor who was integral in helping land the Mars Rover. Jamie Broadnax is a social media star and the creator of the Black Girl Nerds online community and Mariko McDonald is a feminist writer and blogger. Rebecca Cohen-Pallacios is a UI artist and game developer while Kim Hoang is an illustrator and comic book artist. Stephanie Harvey is a professional gamer and a world cup winner. This a pretty impressive list of talking heads.

It’s so encouraging to hear from such a diverse chorus of voices. It is disappointing that in many cases the girls’ experiences have been negative ones with each participant having received their fair share of threats, abuse and sexism. In spite of this, “Geek Girls” proves to be a worthy document of their experiences and hopefully this is the start of some important conversations and the steps required to normalise the role of women in these communities.

“Geek Girls” is by no means perfect. Hara sometimes puts too much of herself into the picture and some subjects could have been given more air-time over other topics, but these are minor quibbles. This documentary is ultimately a raw and credible look at a host of different themes and should make viewers stop and rethink the current environment with a new-found, deeper awareness and understanding. “Geek Girls” is a reassuring and relatable documentary that goes out to all of those little girls who were ever left questioning their passions by society and allows them to simply be one with the boys and their real selves. Nice.

To find a screening and to purchase tickets, please visit https://au.demand.film/geek-girls/