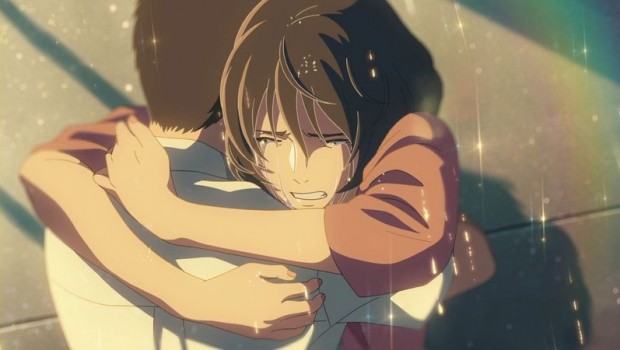 The Garden of Words DVD Review

Summary: The Garden of Words will be one of the most amazing anime films that you will see in 2014 due to its simplicity about two souls falling in love.

The Garden of Words is a beautifully animated and written anime from Japan that brings together two lost souls who take shelter in a secluded garden during the rainy season. Takao Akizuki is the main protagonist of the film who is a 15-year old student and feels like an old soul trapped in a young body.

Takao lives with his over the top mother and older brother who is about to move out with his girlfriend. He also has a part-time job, cooks for his family and works very hard. Although Takao is a good student, he dreams of becoming a shoemaker and during a very rainy morning, he skips school in order to work on his designs and finds himself in a Japanese garden under a shelter.

This is where he meets Yukino, a mysterious woman who seems to be avoiding life and eventually the two strike up a friendship and go out of their way to meet in this secluded shelter. As the story progresses, we learn that Yukino recently broke up with her partner and has turned to alcohol in order to help her forget her miserable life but upon Takao’s investigation, there is far more to his lost soul. 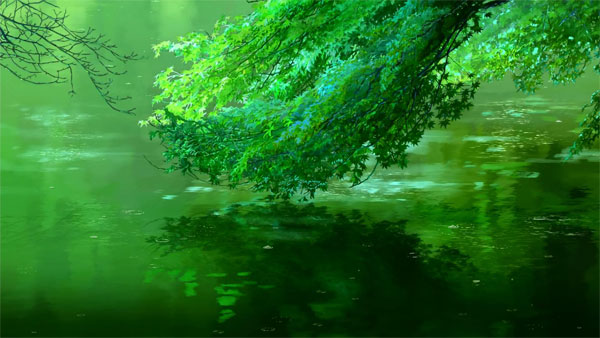 Takao also learns that Yukino is a teacher at his school but has been absent due to stress and that another student’s girlfriend has made her life hell because she believed that her boyfriend was in love with her. As the film progresses, this relationship soon develops into something what could be considered love but with Takoa 15 and Yukino 27, it is relationship that could never happen. As the film ends and the rainy season concludes, these two lost souls have filled a certain part of each others lives with Yukino moving on and Takao needing the support to follow his dreams. 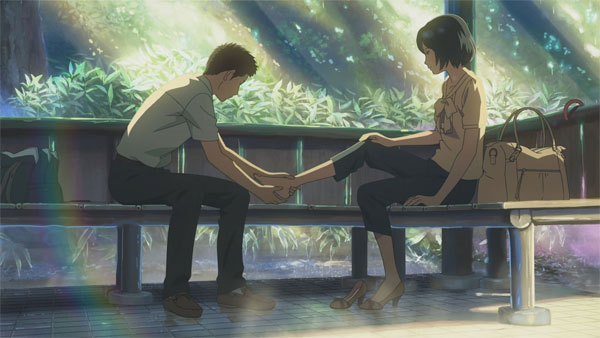 All in all, The Garden of Words is a very beautifully presented story that looks amazing on DVD, especially the water effects that plays a big part to the story. There are a few special features that includes Japanese/English commentary, interviews, storyboards, English Production Stills, Original Japanese Trailer and The Works of Makoto Shinkai. The extras on this release are interesting, especially the commentary and once again seeing the amazing works of genius Makoto Shinkai.

The Garden of Words will be one of the most amazing anime films that you will see in 2014 due to its simplicity about two souls falling in love. 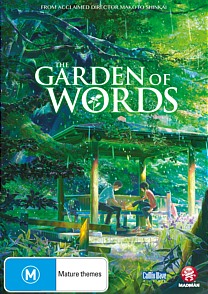