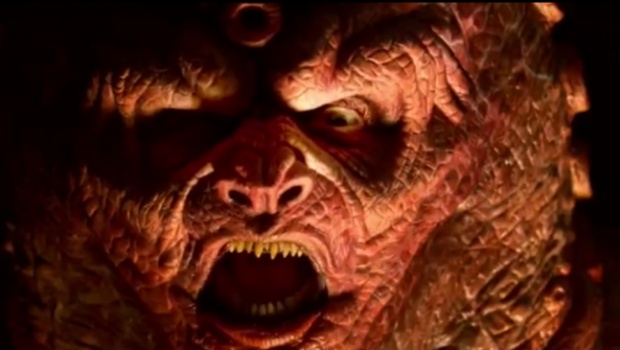 Doctor Who Terror of the Zygons DVD Review

Summary: Whether as stop motion creature or puppet, you can understand how something so delightfully alien and menacing entertained a generation of children in 1975.

Ask a casual viewer of a certain vintage about Doctor Who and you’ll likely get a smattering of memorial images from a variety of shows. The one with the maggots is The Green Death, or the one with the spiders is Planet of the Spiders.

Terror of the Zygons, the first story from Tom Baker’s second season, is the one with the Loch Ness Monster. But more than that, it is the story with the Zygons, one of the most perfectly realised Doctor Who ‘monster’. 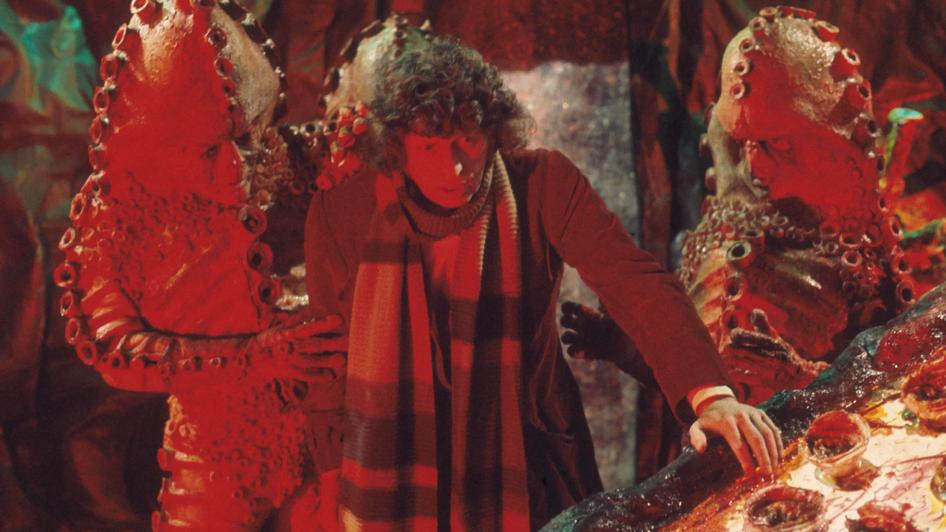 By this point in his run, Tom Baker was firmly ensconced in the role. With Lis Sladen and Ian Marter in tow, this story is the final in a continuous run of adventures that began with Baker’s first story, Robot. New writer to the show Robert Banks Stewart (who had written for The Avengers in the previous decade) was brought in by script editor Robert Holmes to inject new ideas and energy into the series.

Taking his inspiration from the legends of the Loch Ness Monster, and the real world burgeoning of the North Sea oil fields, Stewart concocted a story that is two parts bonkers and one part brilliant. The brilliance comes from the performance of the leads. No matter the contortions of the plot, Tom Baker is always a compelling presence on the screen. The rapport he built with his co-leads, particularly Lis Sladen, shines through in each scene. Nick Courtney, in his last regular appearance as the Brigadier for eight years, puts in a fine performance as a military man beset by strangeness and madness on all sides, at meets them with an almost knowing twinkle in his eye.

It has to be said that Terror of the Zygons, coming in a golden run of wonderful stories, is a second tier Tom Baker story. The direction, by prolific Doctor Who director Douglas Camfield, is exemplary – the moors of Scotland are beautifully portrayed in all their desolate splendour. And one sequence, of a soldier patrolling in a heavy fog, is a lovely vignette of isolated horror. All that said, the script itself is pedestrian – Ian Marter as Harry Sullivan, one of the finest actors to play a companion, is criminally undersold as he is forced to spend most of the middle section either unconscious or captive – only redeemed by his portrayal as his Zygon duplicate.

Stewart’s script unloads the entirety of the Zygon’s background and plot in one scene as Broton (John Woodnut) explains everything to Harry, which does nothing to maintain atmosphere and expectation. The plot itself, to use the Loch Ness Monster (a cybernetically enhanced creature of awesome power) to menace the International Energy Conference on the Thames in London, is one of those delightfully contrived plots that put you in mind of a Rube Goldberg device. If the Zygons have been on Earth for centuries plotting to take over to terraform it for their dispersed comrades, why didn’t they bother to do it when humanity didn’t have the technology to fight back?

Given all this, the story is saved from being forgettable due to a number of features. As mentioned before, the performances by all the participants are spot on. John Woodnut in his other role as the Duke of Forgill, plays the role with such insouciance you almost expect his character to nod off, so bored is he with their fantastic tales. Another highlight is the scene where the duplicate Harry menaces Sarah in a barn with a pitchfork. This scene is a memory your reviewer has carried with him for decades since he first saw it in the 1970s. Marter plays it utterly straight, and the malevolence on his face is truly powerful and frightening. 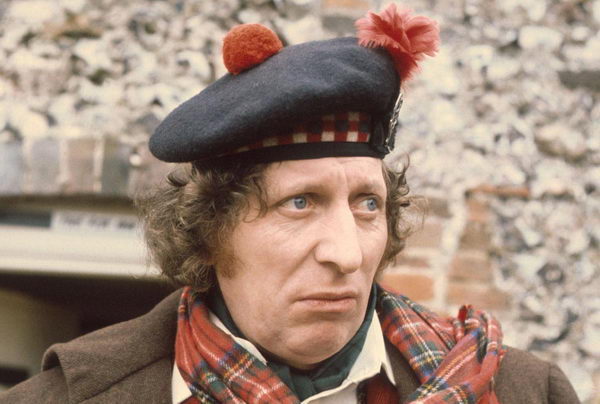 Finally, while the realisation leaves a lot to be desired, especially its appearance in the Thames where the Monster descends to almost The Goodies level of parody, the Loch Ness Monster is a still evocative. Whether as stop motion creature or puppet, you can understand how something so delightfully alien and menacing entertained a generation of children in 1975.

Feature: suffers by being surrounded by better stories, Terror of the Zygons is nonetheless a solid entry in an era of the series where the production team could do no wrong.

Video: the Restoration Team have done their usual excellent work in bringing the video materials up to date. Of special note is the discovery of a deleted scene thought lost forever, now found and re-colourised. Accessed from the menu and viewed with the rest of the episode, it presents a delightful hundred second vignette. There are two brief instances of picture instability – one is due to a dodgy camera used at the time of recording, the other, a video effect overlaid on Broton, is deliberate.

Sound: the score is by Geoffrey Burgon, who also worked on Tinker, Tailor, Soldier, Spy and Brideshead Revisited. As with the video, the materials being used for this DVD are over thirty-five years old, but in the main, remain eminently listenable.

Features: the last regular DVD worked on by the Restoration Team, Terror of the Zygons is packed with the usual complement of extras. Apart from the usual commentaries and photo gallery, there is a long awaited documentary about director Douglas Camfield, a look back at the story’s production and two short looks at Tom Baker and Lis Sladen. Doctor Who has long been in the privileged position of having professionals working on the special features who are also long standing fans of the show. The quality of their work is rightly praised, though infrequently, so your reviewer would be remiss if he didn’t thank them, at the end of their run with the DVDs, for their dedication, talent and love for the show. 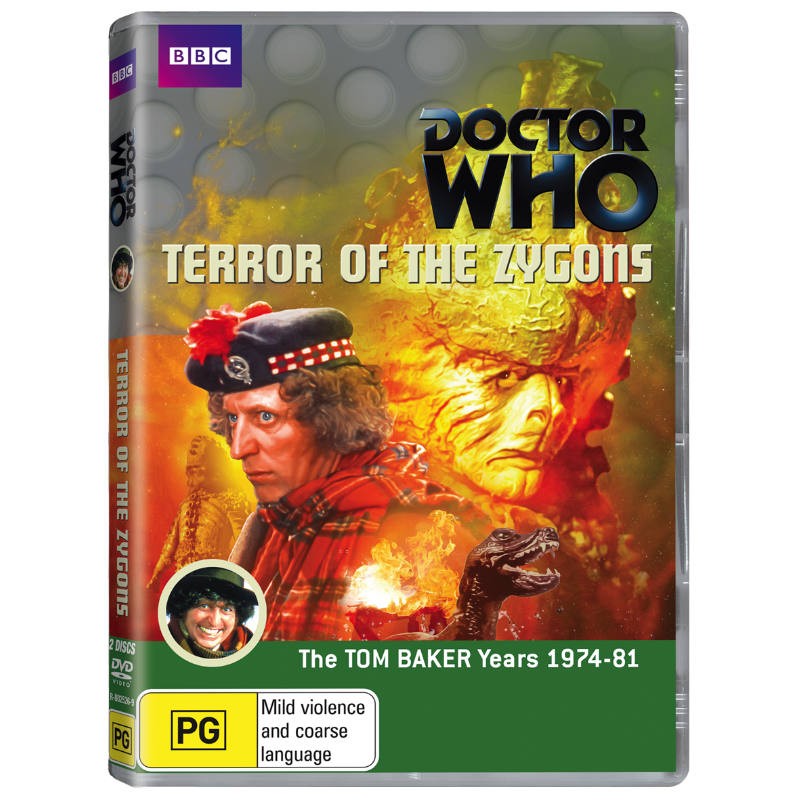