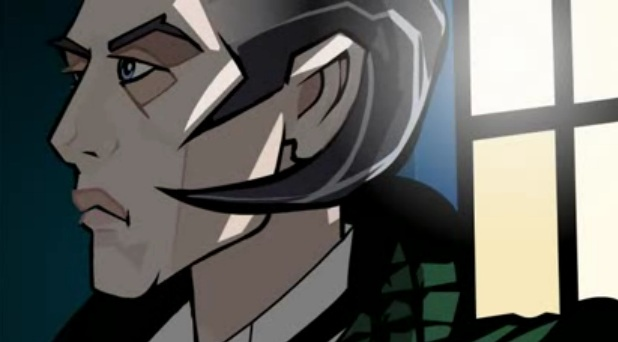 Doctor Who Scream of the Shalka

Scream of the Shalka is actually a flash animated Doctor Who feature created by the BBC in order to celebrate the 40th Anniversary of Doctor Who. There has been some debate as to whether this is really part of the mythology but according to our friends at the BBC, it is. Scripted by Paul Cornell, Scream of the Shalka does feel a little flat on DVD in terms of its simplistic animation and stars Richard E. Grant as the Doctor who must stop the Shalka, an alien racing living underground who wants to remove Earth’s ozone layer.

Thankfully for the Doctor, he has some allies with UNIT’s Bishop Brennan (Jim Norton) and his companion Allison (Sophie Okenedo). However, his investigation soon leads him to the Master (Derek Jacobi) which creates this very interesting dynamic and tension between the Doctor and his arch-nemesis. Overall, Screams of Shalka is an interesting story that works on most levels of the Doctor Who franchise but given that this was designed for the web, the price is a little on the high side, given the simplistic animation.

However this is justified by the amount of extras on the release that includes how Screams of Shalka was made, a behind the scenes featurette, a documentary entitled Interweb of Fear, trailers and even commentary by Toby Hadoke, Paul Cornell, James Goss and Wilson Milam who nicely balance their fandom with their professionalism.

It’s definitely a release for purists!