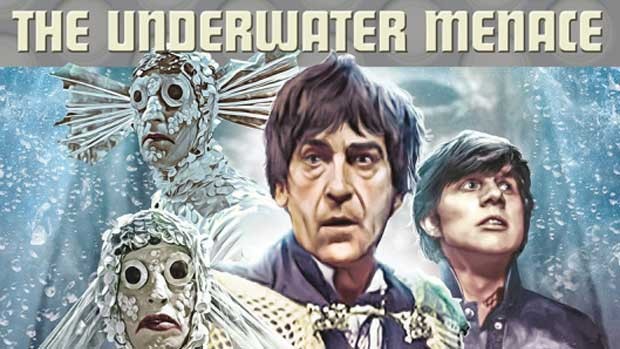 Summary: The earliest appearance of Patrick Troughton as the Second Doctor Who is brings an exciting insight into the development of one of TVs greatest heroes!

In this age of video on demand, streaming and Netflix, if you told the man on the street that the television archival holdings of most of the major western television networks were incomplete, the look of confusion on their face would be comical if it wasn’t so tragic. Up until the early 1980s, television networks routinely reused videotape, thus wiping the only extant copy of a television episode in existence. Some television programmes were telerecorded on 16mm film for sale around the world, and even then, those copies were largely destroyed when the contracts expired.

Doctor Who is the most prominent example of this parlous situation. In the early 1980s, of the 256 black and white episodes recorded during the 1960s, 136 were missing. Through luck, research and boots on the ground, that number has been whittled down to 97, with the most recent example being the sterling efforts of Phil Morris. Heck, even your reviewer is responsible for the recovery of the only footage from the debut story of Patrick Troughton, the Second Doctor, in The Power of the Daleks. 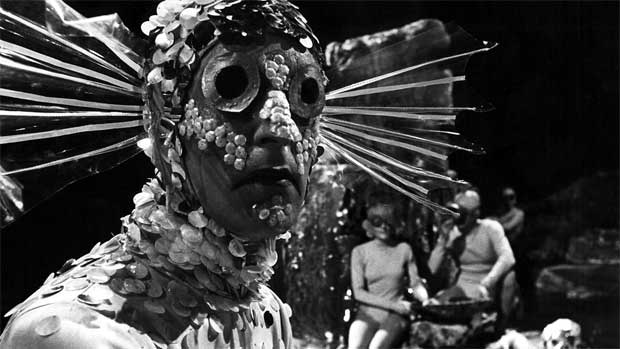 Which neatly segues to the review of this, the last Doctor Who DVD release (for now…) of a storied range that for nearly twenty years set the benchmark for DVD restoration. For the reasons mentioned above, The Underwater Menace is incomplete. Only episodes 2 & 3 of this four part adventure exist, and it is only in the last few years that episode 2 was returned by the BBC engineer who pocketed the only copy almost forty years ago.

The Underwater Menace comes from very early on in Troughton’s run as Doctor Who; indeed, the two extant episodes are the earliest to feature him. Keen to avoid being typecast, Troughton’s performance in these early episodes is famously different to his more toned down portrayal in his final two years. With companions Polly (Anneke Wills), Ben (Michael Craze), holdovers from the William Hartnell era and Jamie (Frasier Hines), who would accompany Troughton for the rest of his era, the Doctor lands in Atlantis, the fabled lost city. There, they find the remnant people, who, with the aid of bonkers Professor Zaroff (Anton Furst), plan for the day when Atlantis will emerge from the waters to astonish the world.

Prior to the return of episode 2, with only episode 3 as a visual example of the story, The Underwater Menace was derided as a shoddy effort almost wholly lacking in merit. Episode 3 features the underwater acrobatics of the Fish-People, humans augmented by Zaroff to act as servants. The balletics on display, while certainly charming, drag the episode down. It’s not hard to understand why Troughton was apparently frustrated with this particular production.

The discovery of episode 2, however, helped raise the interest in the story. Troughton evinced a desire for dressing up – in this story he wears sailor’s oilskins and hat, and a gypsy costume complete with sunglasses (the 60s, man…) However, in episode 2 we see an early manifestation of a Second Doctor characteristic – slowly drawing out the madman (this time, Zaroff) and his plans, while seemingly playing the fool. The performance of Furst, as Zaroff, one of the few highlights in the story, is particularly memorable here. 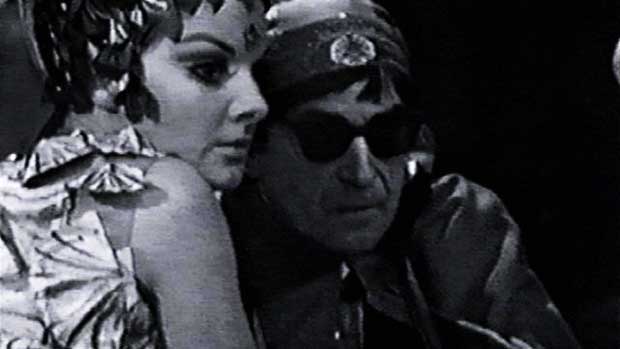 As is the cliffhanger to episode 3 – possibly the most memorable set of lines uttered by a supporting character are delivered here. If you’ve slogged through the reconstruction to episode 1 and the underwater antics of the Fish-People, Zaroff’s off the rails ranting is truly a sight to behold.

A warning – with episodes 1 & 4 absent from the archives, and with a penurious and disinterested BBC keen to push this release onto the market to satisfy petitioning fans, the reconstruction of both missing episodes is risible. Thanks to the efforts of obsessed fans at the time, a complete run of audio recordings of missing episodes exists. In times of yore, when the range was staffed with people who gave a damn, and had the BBC at least handing some cash over to fund restoration and extras, missing episodes were recreated with the audios, and with animations or dynamic use of telesnaps (photographs of the screen when the episodes were originally broadcast). However, in this instance, the BBC has let buyers down by requesting the minimum be done in recreating these episodes. So what episode 1 & 4 consist of are long stretches of dialogue over static photos, designed presumably to send the viewer to sleep.

Overall, The Underwater Menace is a sub-par story that is an interesting exercise nonetheless. Troughton provides an interesting pointer to his later portrayal of the mercurial Second Doctor, and purely from an historical perspective, watching how television was made, at break neck speed, in cramped studios, during the 1960s, is fascinating. And there’s the possibly chance that more missing episodes, from Troughton’s fabled second season, may eventually trickle back to the BBC and onto a DVD near you…

Visual: putting episodes 1 & 4 aside for understandable reasons, the purchaser needs to be aware of the provenance of the middle pair of episodes. Recorded and broadcast on videotape, which was then wiped, these recordings come from recovered 16mm films, derived by pointing a film camera at a flat screen. Sent around the world, threaded into more projectors than you’ve had hot breakfasts, and in one case sitting in someone’s loft for almost four decades, these battered films have been restored to the best condition they’ve been in. For all that, the image quality,especially on your big screen television, is not great and may distract the viewer. Taking that into account, we are extraordinarily lucky to have them. Remember – up until very recently, there was only ONE copy of episode 2 in existence. Think about that before you start complaining about the slightly washed out image.

Audio: due to the primitive audio recording methods of the time, pretty bare bones. All the music and dialogue is perfectly listenable, but materials that are 49 years old won’t be crystal clear.

Extras: one thing Doctor Who DVDs became famous for was the stunning range of extras provided on each release. Whether it was excellent, in depth documentaries about the making of a story, or an interview with a key cast or production member, or archival footage from the period, the extras could be relied upon to offer context to the viewer. The range of extras on this release, sadly, is a little scant. There are the Australian censor clips, up until the discovery of episode 2 the only visual reference and an amusing insight into what the Australian censors thought was beyond the pale for the whippersnappers of the era. The two major extras are: A Fishy Tale, where surviving cast and crew take us behind the scenes to the making of the story, and The Television Centre of the Univers: the final part of an examination of the BBC TV Centre, before it was torn down, which provides a fascinating tour of a television icon, the home to thousands of dedicated public servants making television not only for Britain, but for the world . To round things off, there’s a commentary, photo gallery and programme subtitles. 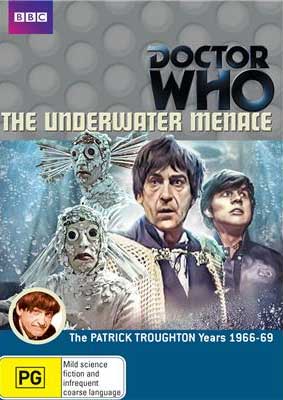