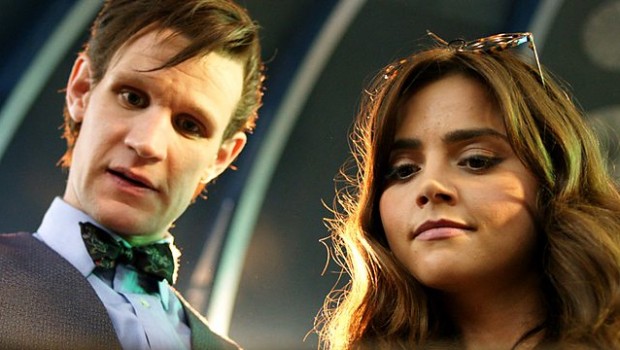 Summary: Perhaps a better documentary might have taken the time to look at the reasons behind the creation of the show, and the struggles to get in on the screen.

Your reviewer was going to open this review by stating there was no earthly reason to release this disc, but then reality intruded.

The grim truth about genre fandom is that the producers of content see us as wallets (and purses) in need of emptying. There’s no end of merchandise streaming into the marketplace that any right thinking person would run a mile from than purchase. But we’re fans, and by definition, we aren’t always in possession of our faculties. The siren call of a shiny sonic screwdriver, or the adorability of an Amy Pond 2 inch doll or the opportunity to luxuriate beneath a TARDIS bedspread, are often impossible to ignore. There’s no shame in acknowledging that fact. The BBC and the legion of licence holders out there have a product many of us are keen to buy. It’s a contract we willingly enter into, even though sometimes you wonder as to the true value of that interaction.

But there comes a time when you have to pull the curtain aside and look the Wizard square in the face. The Ultimate Guide is one of those times. While I can’t quibble about the professionalism of the people who worked on this release, the mere fact it exists speaks to the breathtaking cynicism of the cabal of marketing men and women who sit in darkened rooms, cackling over their PowerPoint presentations, with the express intent of relieving fans of their hard earned in exchange for what is clearly an inferior product.

And The Ultimate Guide is the definition of an inferior product. Essentially a cut down version of The Doctor Revisited sets, The Ultimate Guide has no reason to exist other than to offer itself in all its shining glory to completist Doctor Who fans to purchase. The Doctors Revisited, despite being similarly slick, at least had the virtue of allowing sufficient time for the topics to be discussed in some detail, with the added bonus of the inclusion of a representative story from that era.

Relentlessly slick, expeditiously paced and mind numbingly dull, The Ultimate Guide is the exact reverse of its title’s intent. Instead, a never-ending parade of scenes from the series so tightly edited as to make them incomprehensible, interspersed with a relentless cavalcade of talking heads whose sole purpose seems to serve up an often-vapid commentary of the topic at hand, is offered to the viewer.

It’s the easiest thing in the world to be negative, so let’s look for the positives. Steven Moffat always has something interesting to say, even if the underlying intent is to justify his latest attempt at butchering the Doctor’s character. Al Murray, of all the ‘celebrities’ corralled by their publicists to spend an afternoon in a studio demonstrating in various degrees their knowledge of the show, always offered an interesting insight that thankfully lacked smarm and insincerity. Finally, Paul McGann came across as incredibly intense and genuinely insightful about the show and its history – which is all the more remarkable when you consider his screen time as the Eighth Doctor runs to barely 70 minutes across two decades.

This release rigorously follows the template set out in The Doctors Revisited – talking heads set up around scenes from particular Doctors, Monsters or Companions. Unfortunately, its clear intent – to entertain while educating, is lost amidst the blather of an annoying narrator, poor guest choice and the nagging suspicion the viewer is wasting their time.

Perhaps a better documentary might have taken the time to look at the reasons behind the creation of the show, and the struggles to get in on the screen. Such a documentary could then unshackle itself from the yoke of conventionality and looked at the impact Doctor Who had on British television and popular culture over fifty years and the way it reflected the times it was made in. Of course, it’s difficult to criticise something for what it isn’t, except to say this disc isn’t very good at all.

Disc: 1 out of 5 – mainly for people who have come late to the show but have neither the time to watch The Doctors Revisited, or the money to shell out for all of those sets. Otherwise, avoid this DVD.

Picture: 3 out of 5. The clips from the new series are of exemplary quality. Sadly, the same can’t be said for all the clips sourced from the classic series. In some instances (oddly from the colour era), the clips are bleary and washed out. Those from the black and white era, on the other hand, show the deft restoration we came to expect from the DVD releases.

Audio: 5 out of 5. Everything is as expected, though the release would’ve been helped no end if the audio on some of the comments of famous ‘fans’ had never been recorded at all! 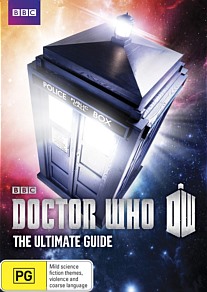