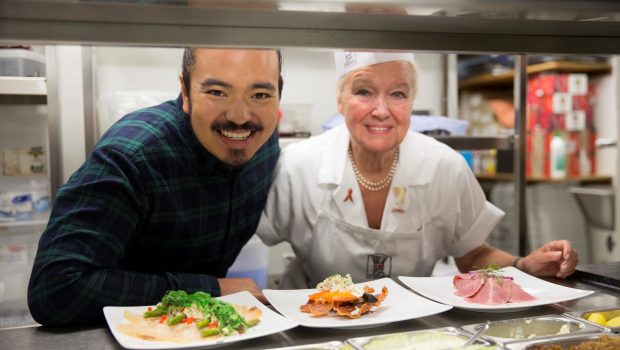 Since winning “MasterChef Australia” in 2010, chef Adam Liaw has gone from strength-to-strength. The host of “Destination Flavour,” the show is a series that has seen interviews with famous chefs, cooks, providores and producers from Japan and Australia. The latest instalment sees Liaw visit Scandinavia or specifically the countries of Denmark, Sweden and Norway to learn about the history and culture of the region and see why the restaurants in these countries have more stars than a Hollywood A-list party. 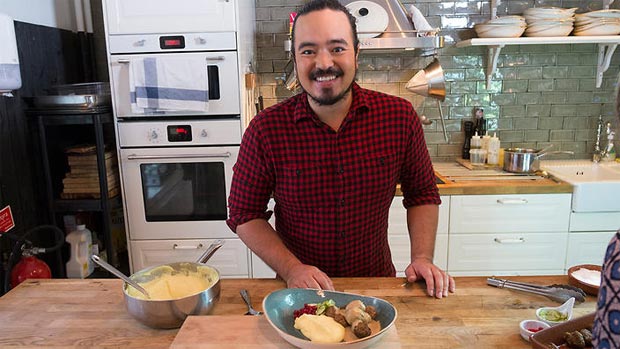 This seven-part series is a beautifully shot one where Liaw learns new things and cooks some of his own dishes (while keeping with Nordic tradition and culture.) The first three episodes see Liaw in Denmark meeting Noma’s Claus Meyer, drinking Danish filtered coffee, interviewing Meik Wiking (CEO of the Happiness Research Institute) and talking to the only Michelin Starred chef with organic certification, Relae’s Christian Puglisi. Liaw also learns Viking survival and cooking skills before making his very own salmon on a plank in a replica of a ninth century Viking house.

Liaw is one enthusiastic and passionate presenter. He clearly relishes the visit and his warm personality is obvious. In Sweden Niklas Ekstedt demonstrates old Nordic cooking techniques (i.e. ones using no gas, electricity or coal) and Liaw samples different kinds of Swedish meatballs (including wild boar) and smoked reindeer. In Malmö, Titti Qvarnström – the first female chef of a Michelin-starred restaurant in Sweden – takes us through her restaurant, Bloom In The Park. It’s an establishment that has almost zero food waste thanks to its lack of menu and wine list. 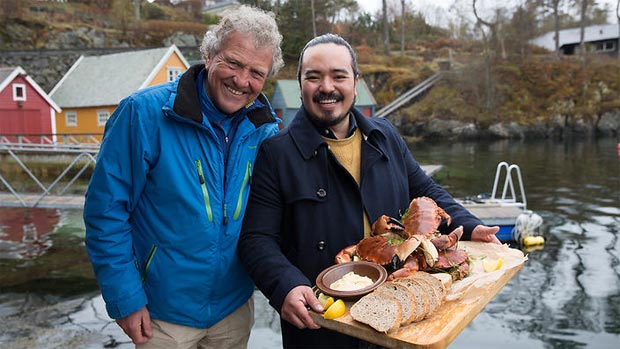 In Norway Liaw eats at 200 year old clam, cooks brown crabs in beer with a brown butter mayonnaise and also gets to know the local indigenous people known as Sami. The series concludes with visits to the Global Seed Vault and Huset, a fine dining restaurant that is at the end of the earth (1000km from the North Pole.) The special features include extended interviews with Meyer, Wiking and Qvarnström as well as a tour of a Stockholm market and more in-depth footage about the Samis and Vikings. 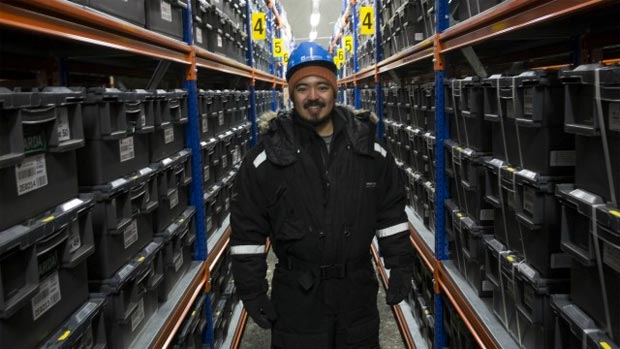 “Destination Flavour- Scandinavia” is a fun romp through some refined, artistic and traditional Scandinavian cuisine. Liaw presents an informative cooking program and his natural charm and charisma really shine through. This series is an absolute pleasure to watch and will make you realise that there’s more to Scandinavia than Vikings, Abba and Princess Mary’s relatives.