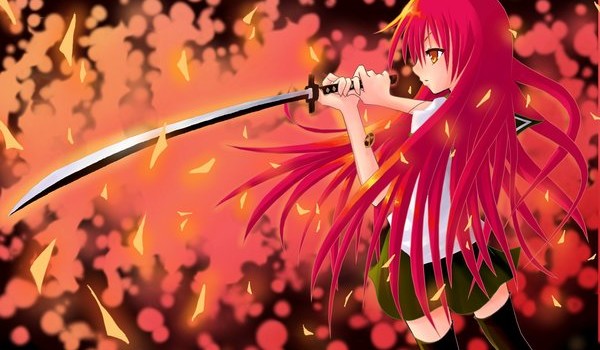 Five anime titles in stunning animation will bring home excitement and action, including all three Shakugan no Shana titles now available for the first time ever on Blu-ray™. All titles are available in limited edition collectable packaging with both English and Japanese audio, and loaded with features and extras.

Bludgeoning Angel: Dokuro-chan follows the zany story of what happens when an assassin angel, a tempestuous young boy and the forces of time and humankind clash in an ultimate struggle between power and eternal life.

Shakugan no Shana: Seasons 3 Parts 1 & 2 and Shakugan no Shana: The Movie charts the battle to maintain the balance between the human and supernatural as leading heroes Yuji and Shana battle the forces of evil to preserve mankind.

Ergo Proxy: The Complete Collection, set in stunning 2D digital animation with 3D computer modelling and awe-inspiring special effects, shows a bleak dystopian future where humans and androids live in peace, until a young female inspector gets plunged into a series of murders that spin out of control and threaten to ruin the balance of the domed city.