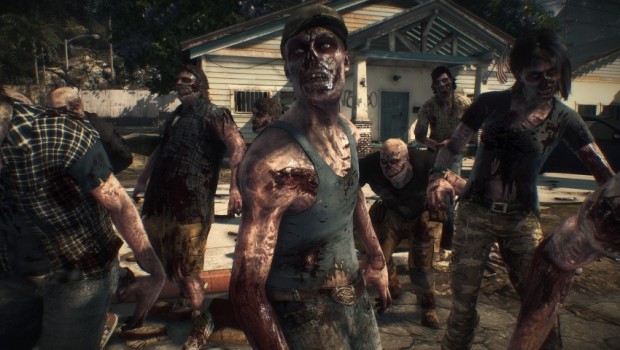 Summary: Sure, we’ve seen it all before but not only this scale before thanks to the slick graphics and highly addictive gameplay.

The next-gen consoles are finally here and one of the launch titles for the Xbox One is Dead Rising 3 (DR3) which continues the franchise about a handful of humans against an army of zombies. However unlike the previous instalment on the Xbox 360, the XBox One version has the ability to render hundreds and I mean hundreds of zombies at once.

At times, it’s like you are watching The Walking Dead and it’s quite spectacular! 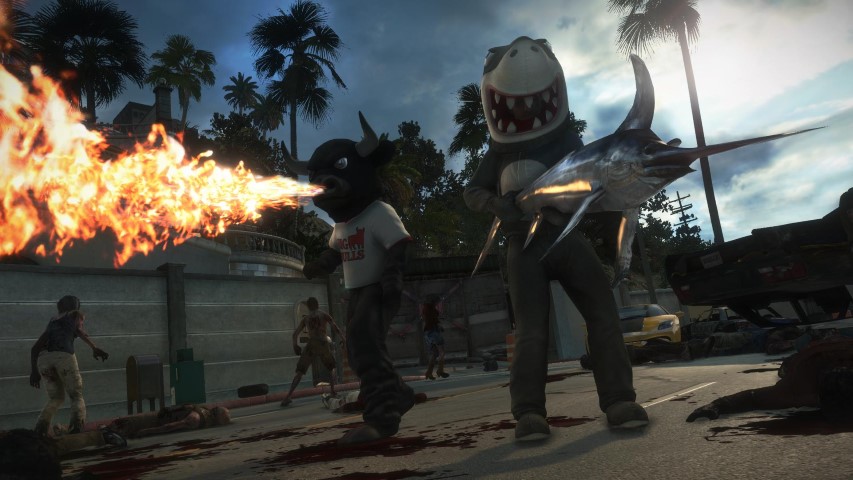 The game even supports the new Kinect which means the zombies will respond to things in your living room which is kind of creepy. Thankfully the game doesn’t throw this at you without warning as the first part of the game serves as a tutorial which highlights this new mechanic. It’s kind of cool shouting in your living room to get the attention of some walking undead.

Also, unlike the other games, there is less restrictive timers on missions and even though the clock starts ticking from day one, the gamer is basically left to their own personal timers to finish the game. This makes for more engaging in side quests or assisting other survivors much more appealing. This was a problem with the previous games.

Another great aspect of the Dead Rising franchise is the absurdness of the game, especially the third game on the XBox One. Although the game is quite graphically very violent, it does balance this out with the strangeness of what your character can do. For example, you can access toy shops and make your own weapons from these toys, wear strange costumes like superheroes or tuxedos and use almost anything and everything in the game as a weapon. With that said, the main protagonist in DR3 is Nick who has the uncanny ability to make weapons from almost anything and everything. 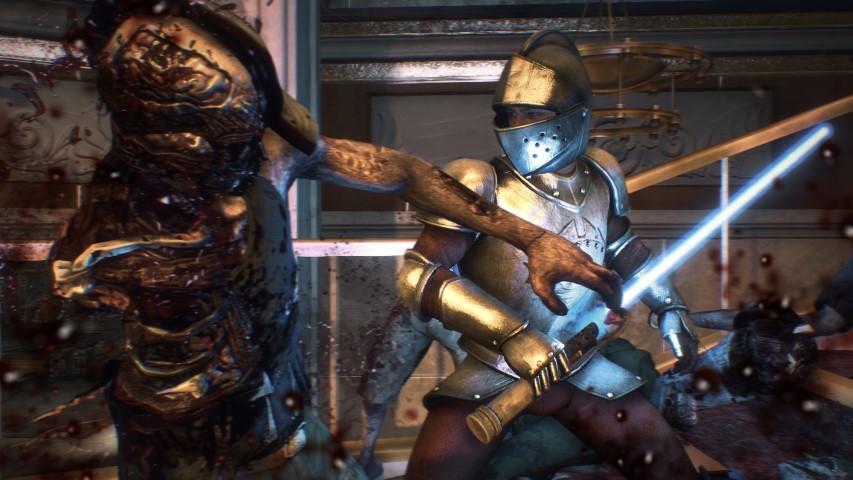 There is a story to the game which revolves around the anti-zombie drug called Zombrex and along the way you find allies in other and sometimes enemies with other survivors. The story is clichéd with an element of government conspiracy thrown into the mix but name a zombie story that isn’t. The setting of Dead Rising 3, Los Perdidos, is an open-world area and this really allows you explore every nook and cranny and you can do this with vehicles as well, like motorbikes or even steam rollers. It’s quite fun killing dozens and dozens of zombies with these vehicles.

With gameplay, your goal is simple, get from A to B and survive. Although the gaming formula is a classic archetype, it is a little repetitive as you feel like you are engaging in the same activity all the time as you move through the environment. However the seller for DR3 is the number of zombies and how they interact with you and the environment. 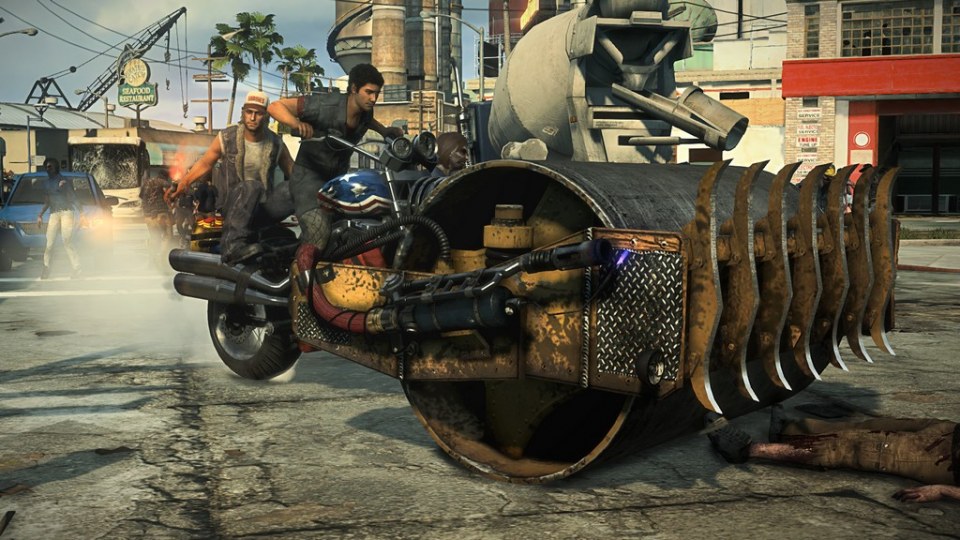 These are not mindless zombies as they each do their own thing which becomes ridiculously crazy as you venture into the big bad world. There are also “specialised” zombies and the odd boss battle here and there. The levelling system in Dead Rising 3 has received a makeover, especially when allocating your skills points, even to make your fellow survivors more powerful. This definitely improves the gameplay.

As mentioned and like the previous game, Nick can make weapons almost anywhere and everywhere which becomes quite nerve racking when you’re in a wide open space and need to make a new item. However in order to create these weapons you need to find blueprints which are scattered throughout the gaming environment as are the weapon pieces. Making weapons is really fun, especially some of the whacked out inventions that Nick creates. Nick’s like MacGyver but in the world of Zombies… MacZombie maybe?

Although guns are the most powerful weapons in the game, especially the shot-gun, melee weapons are far superior, especially sharp items which are needed for slicing and dicing your way through zombies. Then you have cars which really ups the ante of the gameplay. Another fun aspect of the game is the Saints Row inspired clothing and outfits (e.g. the ridiculous nature of them) that you can assign to your character which is quite whacky, especially in a zombie game. 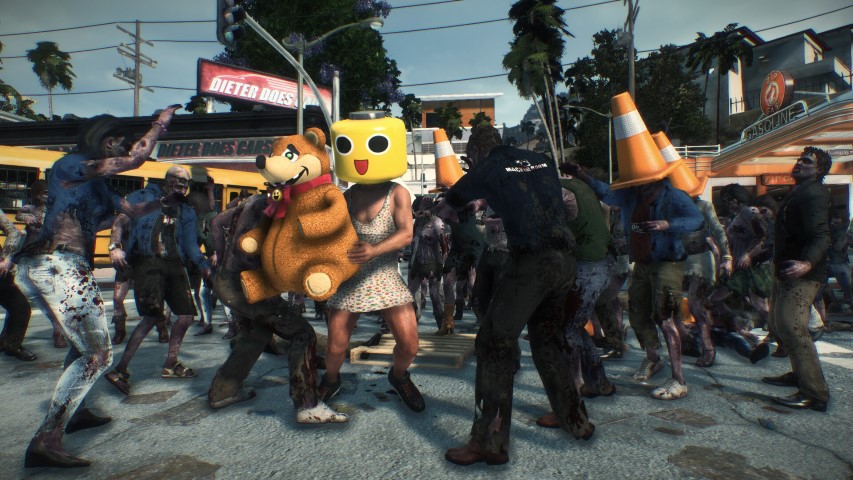 As mentioned, the graphics of the game is phenomenal on the Xbox One and the detailed environments, characters and special effects are simply amazing. Unfortunately the gameplay is dated in terms of what your character can and can’t do. I think this will be the biggest problem with next-gen titles, the graphics will be amazing but the gameplay will be all too familiar. This also includes the horrendous save mechanism in DR3 which means you can only save the game at certain locations or predetermined save points through missions. If you die, you need to start again… how annoying but so addictive as well!

Combat is fun, especially the various vehicles that you get to control, including this giant steam roller. AI is how you would expect zombies to behave and as the sun goes down, these creatures become more aggressive. With that said, you need to make sure a zombie is truly dead because sometimes they can still crawl and cause damage.

Dead Rising 3 is a very awesome looking game on the Xbox One that more importantly is immensely fun to play. The open-world is a treat to explore, especially getting off the beaten track as you engage in side quests, find Frank West statues for additional experience points and kill thousands and thousands of zombies.

Sure, we’ve seen it all before but not only this scale before thanks to the slick graphics and highly addictive gameplay. Then when you’ve finished the game, you can try again on Nightmare Mode or bring a friend in for co-op. What a blast and although the game didn’t score a perfect 5 out 5, the ridiculous kill count almost justifies it! 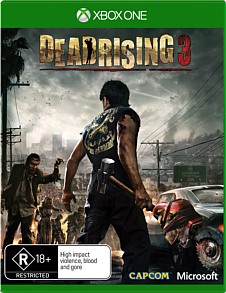 More Zombies than ever before • Players will face overwhelming zombie hordes with tons of variation, detailed gore, and shared awareness.

All new city, massive open world • Explore the city of Los Perdidos while staying immersed in the action and stunning new-generation visuals.

Anything and Everything is a Weapon • Create your own tools of zombie destruction by combining hundreds of potential weapon combinations..

Kinect • Kinect allows the zombie horde to hear beyond the screen and respond to noise in your living room, so go ahead and flip off the lights…if you dare.