David Bowie: The Man Who Stole The World DVD Review

Summary: “David Bowie: The Man Who Stole The World” is the first documentary to be released since the artist’s passing and it shows. It has some good moments but a lot of the footage has been borrowed from the “Sound & Vision” documentary.

“David Bowie: The Man Who Stole The World” is the first documentary to be released since the legend’s passing. The back cover of the release’s DVD claims that the feature has exclusive footage and interviews but in reality it takes the bulk of its material from other sources (namely the “Sound & Vision” documentary.) This latest Bowie special is a short portrait about the rock star chameleon but one can’t help but feel like this is the tip of the ice-berg and that we have seen most of this story told once before.

One positive of this documentary is that the interviews with English DJ, Paul Gambaccini and former NME photographer, Kevin Cummins appear to be new ones. The latter was an interesting interviewee at the recent Vivid Sydney and he offers some good insights here about Bowie. Unfortunately, the bulk of the other talking heads have been sourced from the “Sound & Vision” documentary. These films include sound bites from Bowie’s childhood friends Geoff McCormick and George Underwood (AKA the man responsible for Bowie’s permanently dilated pupil) as well as band members: Mike Carson and Carlos Alomar and famous collaborators: Iggy Pop, Brian Eno, Trent Reznor and Tony Visconti.

This documentary features very little original music by Bowie and only short clips from his videos and old interviews with the man himself. The visuals are inconsistent at times; the new footage is played alongside what is clearly borrowed footage (it’s a different aspect ratio for a start) and archive material that does not appear to have been updated or remastered for the current format. It’s a pity because while this documentary has some good moments it could have been a much better and more detailed one (perhaps if a bit more care had been taken and if it hadn’t been rushed out to be the first documentary released since the musician’s passing.)

“David Bowie: The Man Who Stole The World” is told in a straightforward, linear way. It presents the Bowie story from his birth in Brixton and unsuccessful early singles to his name change and forays into different characters like Ziggy Stardust and The Thin White Duke. There is information about his successful albums, Berlin period and drug abuse to his ill-fated Tin Machine record (where it makes the questionable claim that it spawned the grunge genre) to his final swan song, “Black Star.” David Bowie was a one of a kind and a truly gifted artist but this documentary fails to do this amazing man justice because it barely scratches the surface on the brilliance that was Messer David Bowie. 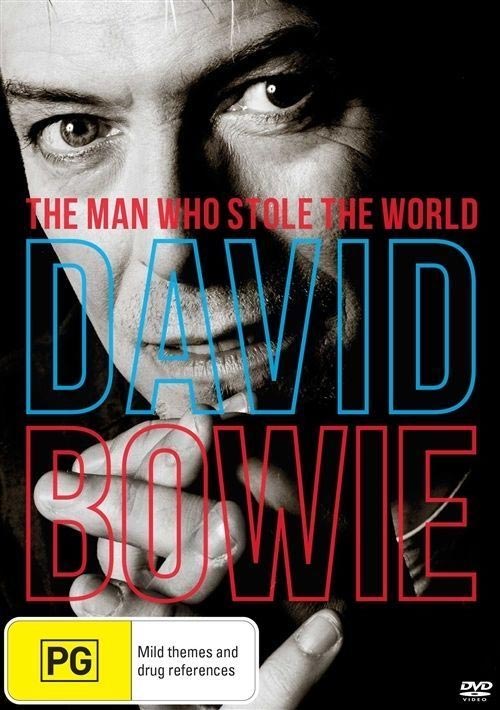