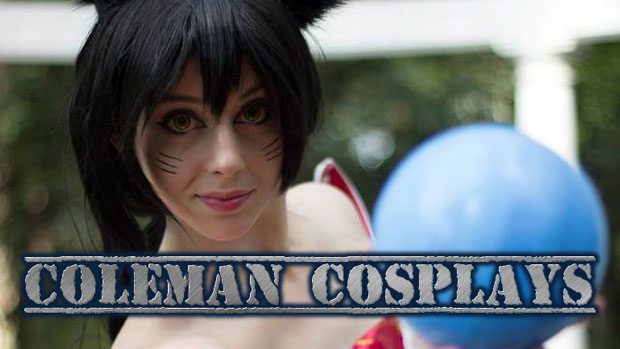 Welcome to Impulse Gamer Emily (aka Coleman Cosplays) … so tell us how you became involved in Cosplay?

I first got into cosplay when my friend (Will-O-Wisps) invited me to go to Animania in 2012 and she essentially jammed me and one of her cosplays. 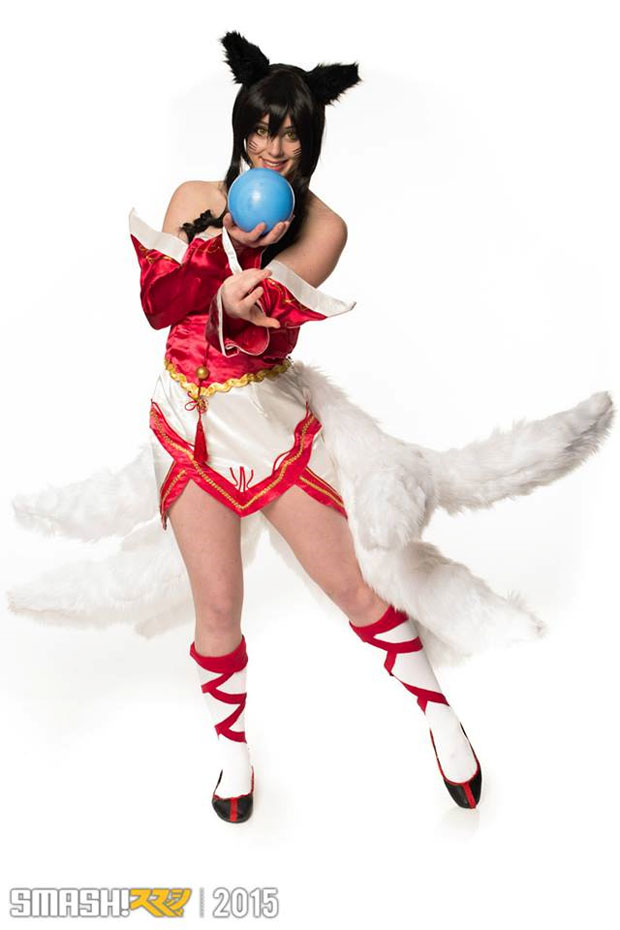 You’re also studying science at Uni, does this influence your cosplay in any way?

It’s a very up and down relationship between Uni and cosplay. On one hand it crushes my ability to work on cosplay, attend conventions or do shoots due to the brutal workload, but on the other hand it makes cosplay something to look forward to and a sort of inspiration for getting assignments and exams done (that is totally me right now in my final exams XD).

In a more direct way though, Uni teaches me that there is a life beyond cosplay. One day I’ll be genetically engineering some stuff somewhere in the world, and that cosplay is not my end, or my career, or my life, it’s my hobby and I always try and enjoy it as that. 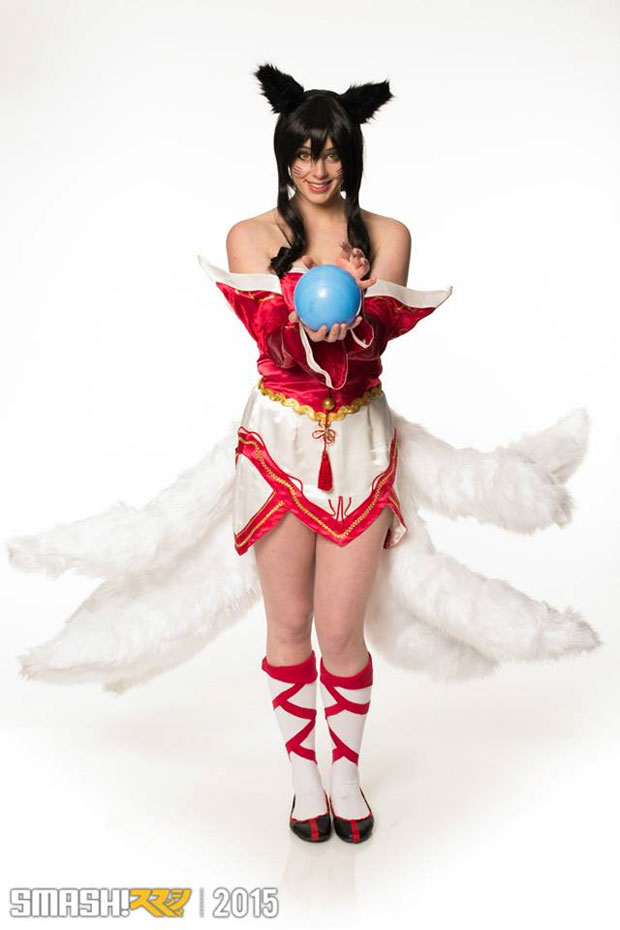 Who was the first character that you cosplayed?

Oh lordy… Ok the cosplay that my friend got me to wear for Animania was Teto from Vocaloid. I had absolutely no idea what she was about when I agreed to do it, so the night before Will-O gave me a hectic crash course in all things Teto and Vocaloid in general, just so I didn’t look completely stupid. Looking back at the photos I guess I did alright, a bit cringe, but we all have to start somewhere!!!

Do you ever look in the mirror when you’re in character and think … ‘How awesome do I look’?

It’s actually really strange to see yourself with different hair, eyes and appearance in general. Most the time I’m there being like, “my eyeliner looks like a child drew it on with crayon”, but there are those moments when I stand there and think, look at what I did, I did a thing, and I look damn fine. Then proceed to take 189 selfies and spam Instagram and Facebook. 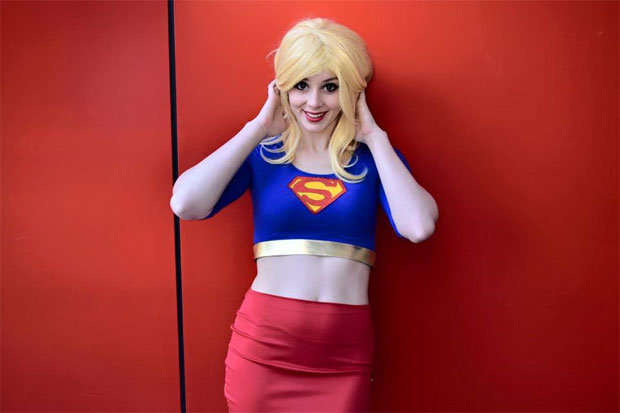 Odd, and really different. I actually borrowed Supergirl from Evey Dantes for a gig at free comicbook day and she said I should do a shoot in it while I’ve got it. Of course I had to make a quick skirt for it because I’ve got like 8 inches of height and 30kg on Evey, so the skirt was essentially nothing. 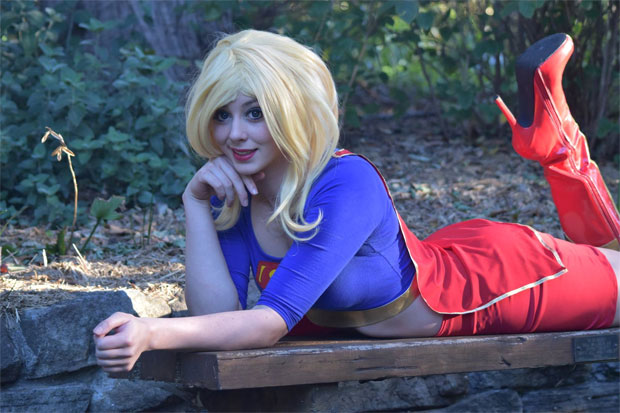 It was so different being cheeky happy Supergirl, compared to my usual melancholy, dark cosplays like Alice from ‘Alice Madness Returns’. It’s really refreshing though to actually smile in cosplay and having to worry about looking animated rather than just looking dead on the inside. 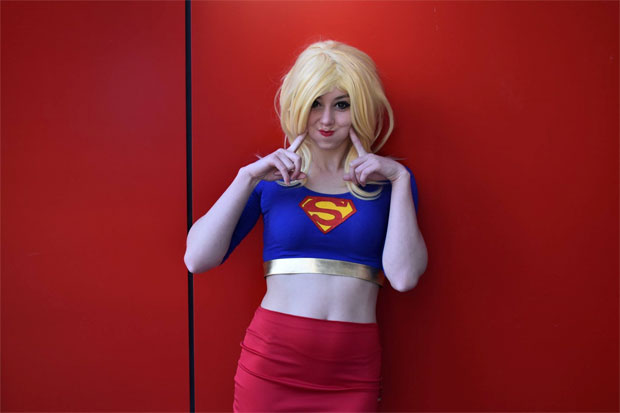 Who has been your favourite character that you have cosplayed so far?

Ahri form League of Legends!!! Although those tails are literally the bane of my existence and caused me to have many many chiropractic sessions, its 100% my favourite. Not going to lie, it cost me aloooooooot of money and hundreds of hours sticking needles into my fingers and inhaling kilograms of white fur, but it’s mine and I’m proud of it. I love how I look in it and other people compliment me on it (and who doesn’t eat compliments up) so it makes me feel the best out of all my cosplays. 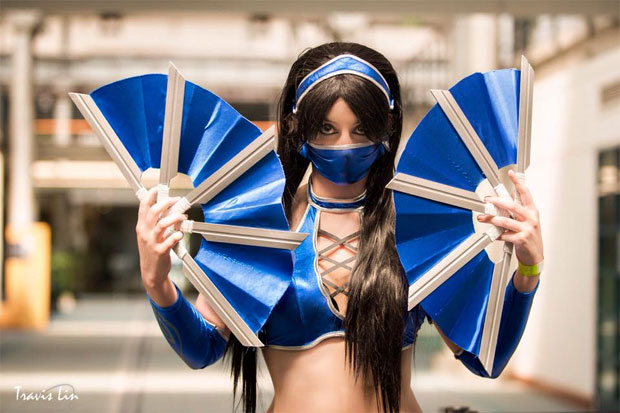 What’s been your favourite con so far

Wait for it… Sexpo!!! Who knew that the best con I would attend would actually be a con NOT made for cosplayers. The atmosphere was amazing, it wasn’t overcrowded, there was heaps to look at and most of all, there was no drama or judgement. Simply bliss… And a bit of alcohol (shhhhhh)… ;) 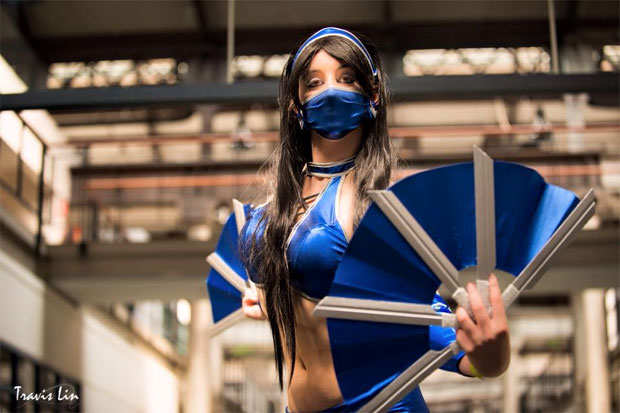 What was it like being Kitana from Mortal Kombat 9 at Sexpo? 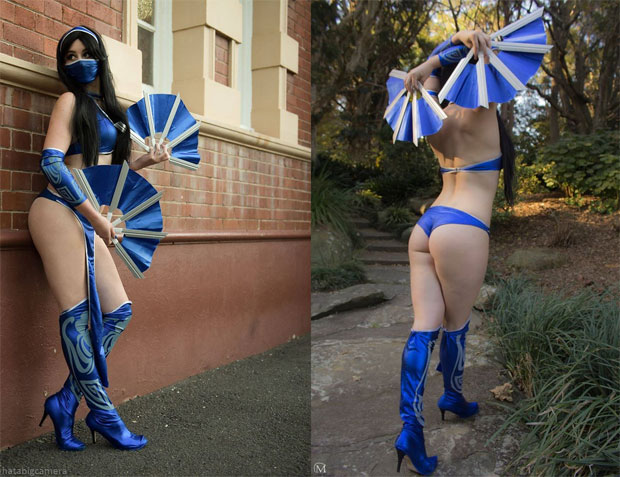 Sure you get perved on a bit and maybe a sly arse touch in the crowd, but that’s what the freedom of cosplay should be. We dress that way to feel good and to have people appreciate how much of a sexy beast you are. I can’t wait to go back next year, I’m thinking Jessica Rabbit :)

I’m such a horrible person… I don’t really have any funny stories, but at SMASH! last year walking around in my Ahri cosplay, I may or may not have laughed my arse off for for a solid hour after accidentally coathangering a child with my Ahri tails. 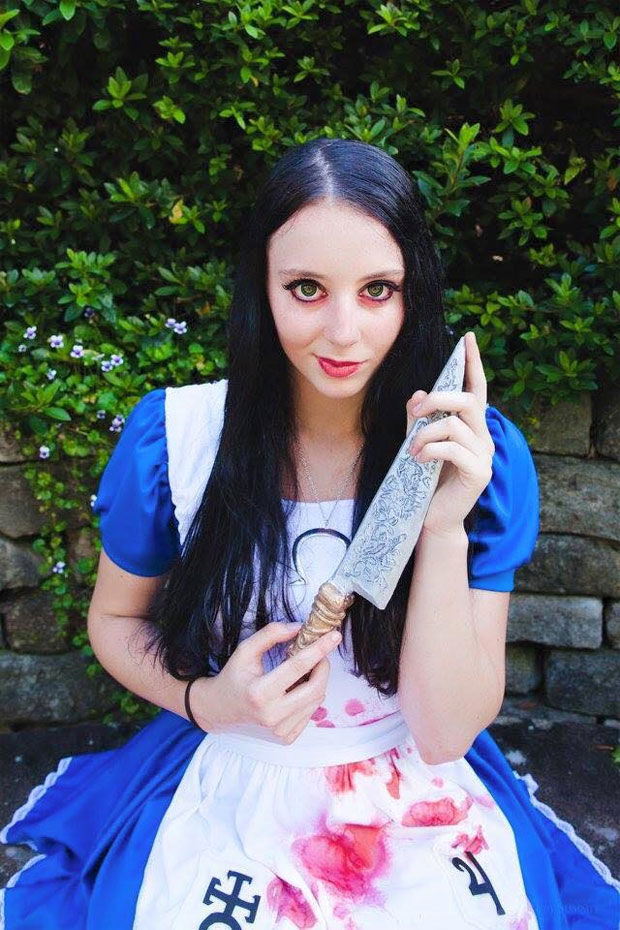 If you were stuck on an island, what five things would you bring to keep yourself entertained?

Coffee (uni has killed me), an axe, high proof alcohol, flint and steal and an endless supply of marshmellows because I’m such a pyromaniac. If I can’t have internet or power, I can entertain myself poking a fire and drinking coffee for weeks!!!

League of Legends… tell us everything!

Salt salt salt salt salt salt salt… I love league and when I’m in the mood and playing with friends, I can play it for 14 hours straight. It’s one of those games, if you are in a bad mood or not having fun, you have to stop because it will make it way wayyyyy worse. I love the art style and the way it doesn’t take itself too seriously, yet the characters are the most interesting out of the genre (enrages Dota and Smite fans). 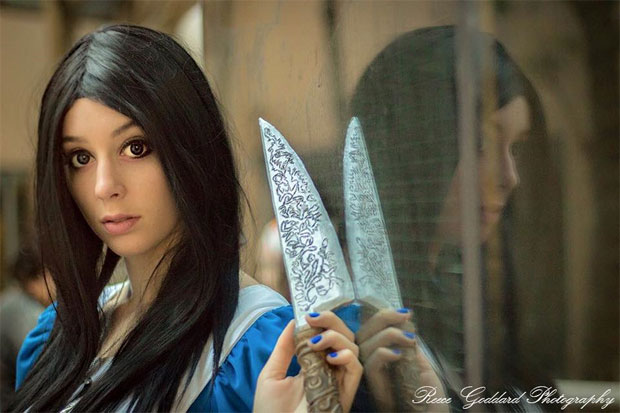 Can you walk us through one of your cosplay designs?

Best one would probably be my glowing Ahri orb (everyone loves glowing stuff). Its essentially a 2-park clear Christmas ornament. I rub it with turps to make it clouded and so the paint actually bloody sticks. Then I paint the inside like 5 times with different colours, glue some cotton wadding on the inside and chuck some battery operated fairly lights on the inside, and TAA DAAAAAA!!! Some of the best stuff a cosplayer can make, is the simple stuff.

If you had unlimited budget (& time), who would you cosplay and why?

Lissandra from League of Legends (totally not a theme going here). I’d go full ball, light up hair, gloves, 2 meter train of crystal like shards which of course would light up too. Would cost $1000 + and would take forever… but that’s the goal 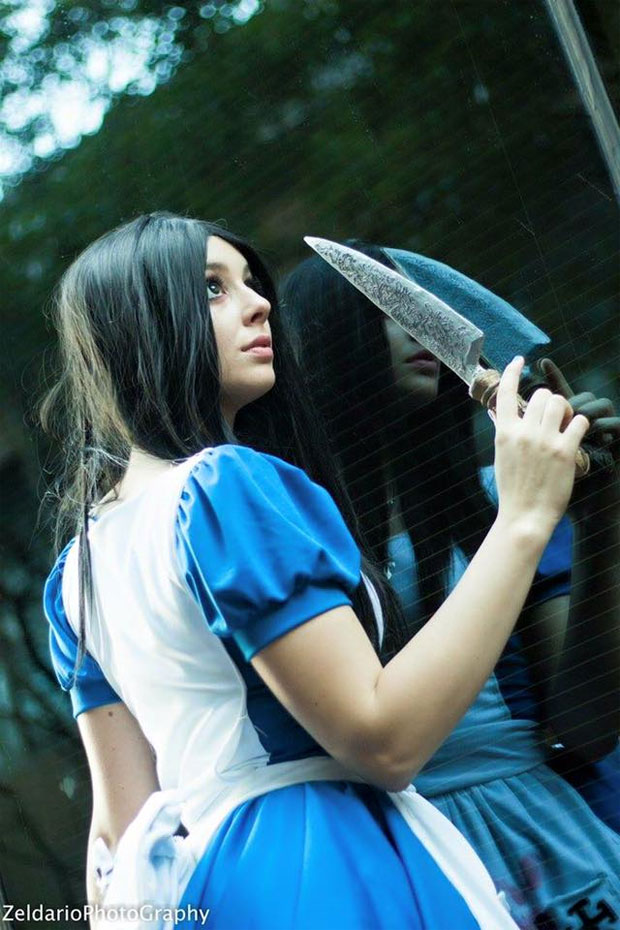 Who are some of the cosplayers that you look up too?

Like everyone, I look up to people like Yaya Han for her craftsmanship and Jessica Nigri for her ability to be a personality and make a name for herself, but specifically in Australia, I look up to my friends and those that are making amazing things. Firstly my friends because we can help each other learn new things and push ourselves but also more popular cosplayers like ‘Major Sam’ who are just simply perfect at the craft.

What’s the coolest thing you own Emily?

My dog Double D (Ed Edd and Eddy fans will understand). He is beautiful and I love him to death and he puts up with my shit. I think he’s pretty cool :) 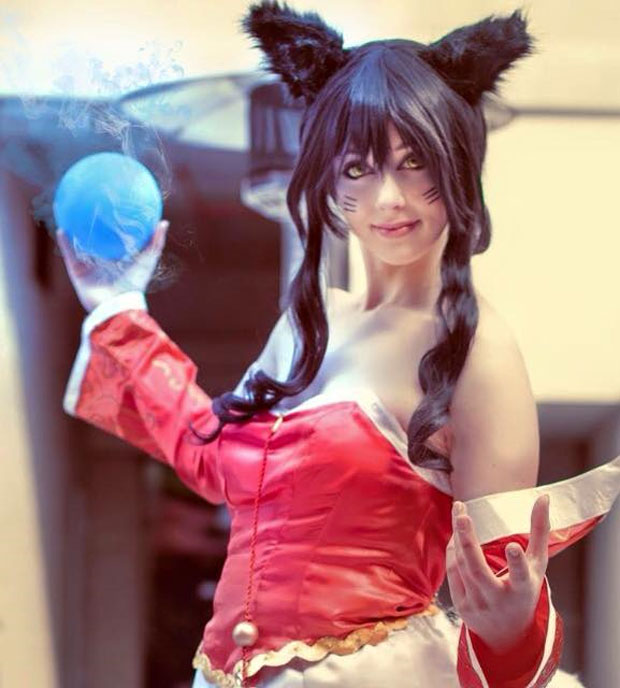 Lastly what does the rest of 2016 hold for you?

Sooooooo many photoshoots and cosplays. Also doing a special performance at Sydney Neko Nation which should be awesome!!! Also running the cosplay competition for Gamefest at Wollongong Uni in August and heaps of cosplay workshops throughout the year.