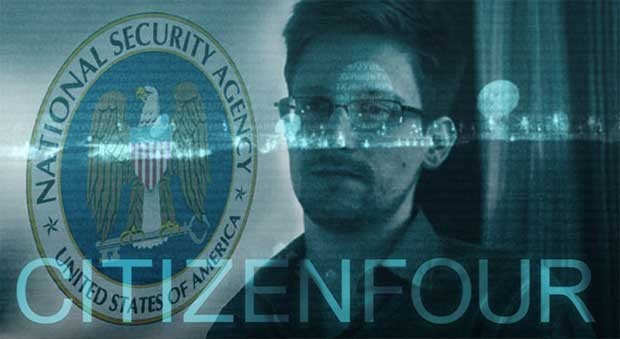 Summary: ‘Citizenfour’ is some excellent filmmaking that will have more than just a visceral impact on its viewers

It’s not often that a documentary film manages to capture a moment right in the eye of a storm. But ‘Citizenfour’ is no ordinary documentary. This Oscar-award winning film tells the amazing story behind the Edward Snowden whistleblowing affair that is well-timed, haunting and gripping.

The film is directed by Laura Poitras who was part of a team that won a Pulitzer Prize for their involvement in this event. It is not the first time that Poitras has been critical of the U.S. government on film as she has previously made documentaries about detention in Guantanamo Bay (‘The Oath’) and life in the U.S. occupied-Iraq (‘My Country, My Country’). ‘Citizenfour’ has some similarities between these films as it covers history unfolding and because Poitras blurs the lines between motion picture making and reportage. 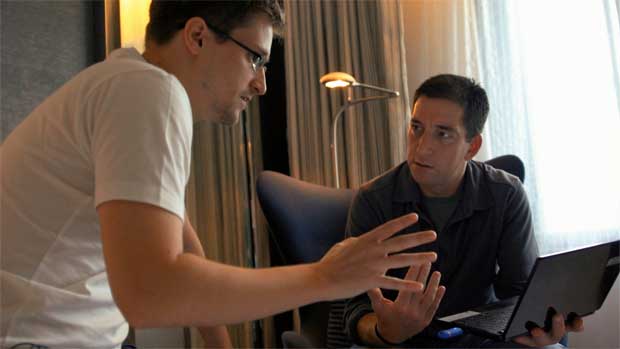 In 2013 the then 29-year-old Edward Snowden, a former intelligence analyst and contractor for the NSA (National Security Agency) contacted Poitras using the internet handle, “Citizenfour”. They began communicating through a series of encrypted messages before Snowden eventually agreed to meet the documentarian in a hotel room in Hong Kong.

The two spent eight days together along with Guardian journalist, Ewen MacAskill and Glenn Greenwald, an American lawyer, journalist and author. It is during this period that Snowden makes the life-altering decision to release documents that show that the U.S. is using surveillance techniques to watch and monitor regular citizens (despite claiming that they are not doing this).

In ‘Citizenfour’ Snowden is humanised and given the opportunity to speak and present his case. The nerdy Snowden is actually quite charming, intelligent and likeable and the film paints him more as a as a hero rather than a traitor. Snowden gives a lot of talking head interviews and offers considered answers and raises concerns about living in a society where big brother is watching everything. Snowden is also an unlikely lead character here, he did not want the story to be about him despite the fact that he is doing the whistleblowing and that he can explain in plain English that the U.S. government is tapping and tracing mobile phones, using drones to watch people in real-time and linking different pieces of information to develop profiles about individuals. 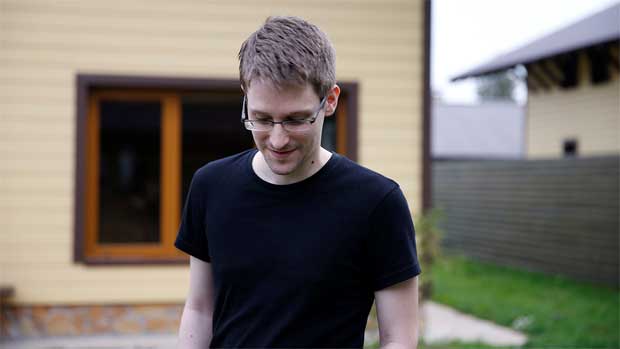 This film does start slowly and it can be a bit dry at times, especially when watching newsreel footage of congressional testimony and government hearings. Poitras also uses some strange black and white titles in tiny font and an ominous soundtrack to relay the account and the former should have been expanded while the latter could have been paired back. But that said, the impact of ‘Citizenfour’ is undeniable. This will outrage viewers and make them mad at their governments as Snowden seems like a sensible if overly cautious guy (even though he unplugs a phone because he’s concerned it’s bugged and he inputs a password under the safety of a “security blanket”, quite literally).

‘Citizenfour’ is some excellent filmmaking that will have more than just a visceral impact on its viewers. This is an important story showing how a whistle-blower stood up and the result of these actions, which are on-going. This is a clever, informative and scary documentary about the erosion of privacy that is particularly timely given the Australian government passed controversial metadata laws earlier this year. We’ve been warned… 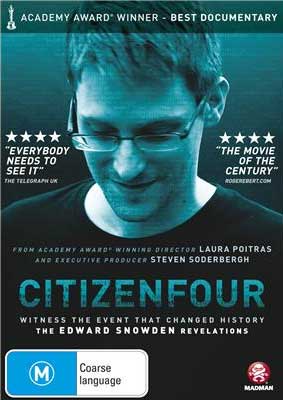