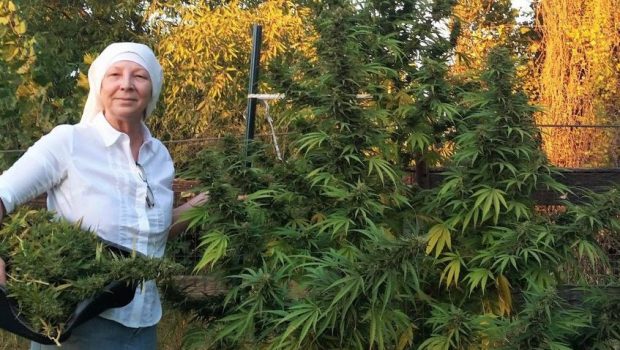 Summary: This film had some smoking-hot ingredients but important things have been left out. It means this documentary is not a fully cooked one.

“Breaking Habits” is a documentary that had the potential to be smoking-hot but instead it’s just baked. This film is a look at a tenacious, anarchist nun and her group of loyal sisters who run a drug business in California. It is an intriguing-enough story to be sure, but it’s also only one part of the drug debate.

This is a film by first-time director, Robert Ryan. He makes some rookie mistakes with this, including chronological errors and mish-mashed themes that jump around and cause confusion. There is also a lack of adequate balance with respect to the talking head interviews. The experts do not describe the drug in any real detail (for example, it’s only a causal reference to the differences between Tetrahydrocannabinol (THC) and cannabinoids (CBD)). A cartoonish preacher and some fat cops from local law enforcement form the anti-marijuana camp. A more sober counter argument should have been offered because pot is not all lollipops and sunshine, as Meeusen’s family’s story hints at.

Christine Meeusen AKA Sister Kate is the film’s main subject. She is a fascinating character but she doesn’t always make the greatest on-screen talent. Perhaps this is because she seems so single-minded about her product. She once had a high-flying corporate job and was married for 17 years to the father of her three children. This domestic bliss unravelled after he extorted millions from their joint bank accounts. These days she has built herself up from being a homeless single mum. She now wears a nun’s habit and is a master of her own destiny. 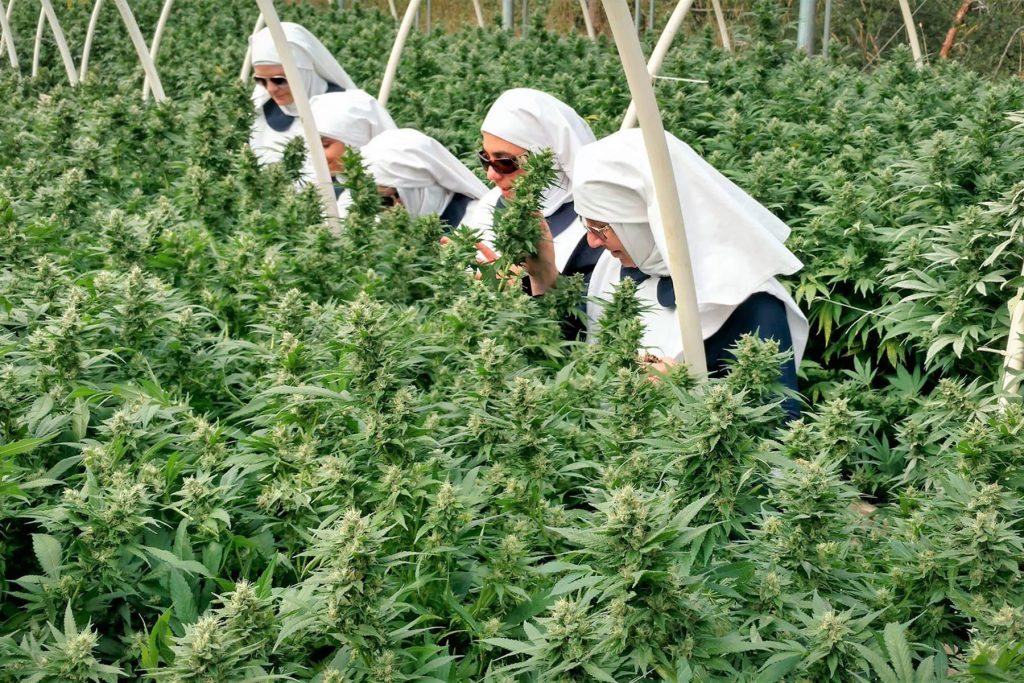 When life gives you lemons you can make lemonade. In Sister’s case she decided to grow cannabis and make oils. She is a strong and resilient woman who founded a multi-million dollar business and a sisterhood of nuns. They sought a legitimate concern: one with a Merced County permit so they could also pay taxes. She achieved this, though it is unclear how she managed to evade prosecution before their business was legalised.

This documentary is one that could appeal to viewers who enjoyed stories like “Wild” and “Eat Pray Love”. That’s because Sister Kate is another resilient woman who goes on a life-altering adventure only to come out better the other side. It is an inspirational tale but one that praises drugs so much it’s equivalent to repeatedly singing “Pass the Dutchie”. This makes it hard to be serious about “Breaking Habits” because this effort is only half-baked rather than fully-cooked.