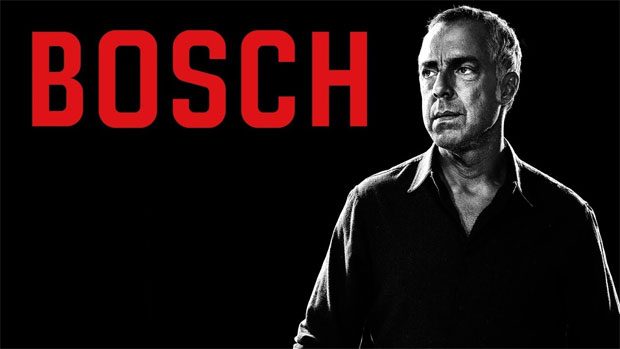 Summary: As close to having a novel on the screen, Bosch season two interweaves multiple storylines as only the best book can, with a powerhouse performance by Titus Welliver as Harry Bosch.

In this golden era of television, it’s no surprise that long form television is coming more and more to resemble the novel. And thus, it is again no surprise that the second Bosch series, based on the books of noted crime novelist Michael Connelly, unfolds very much like a novel over its ten episode run.

More slow burn than its flashier peers such as Ray Donovan, the Bosch season two is nonetheless the superior product, genuinely allowing its characters to breathe and grow during the tense unwinding of a multi-stranded plot that begins with a murder and ends in less than satisfactory closure for the title character, Detective Harry Bosch. 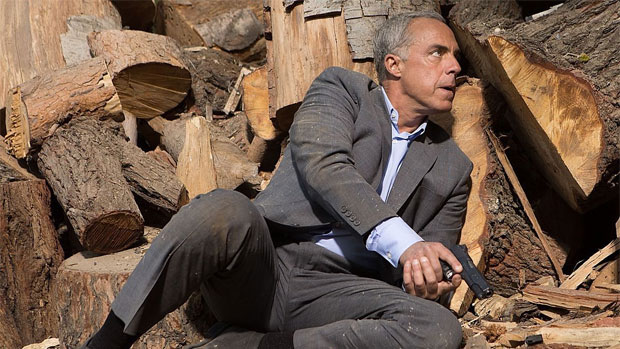 Eschewing the serial killer fireworks of series one, series two opens with the murder of a pornographer on a lonely road heading back into LA from Las Vegas. The investigation pulls Bosch (Titus Welliver)and his partner Jerry Edgar (Jamie Hector) back together after Bosch’s suspension at the end of season one is lifted. The investigation uncovers a corrupt unit of officers within the LAPD, with links to an Armenian crime gang in Las Vegas. This brings Bosch, his psychologist/professional poker playing ex-wife Eleanor (Sarah Clarke) and their daughter Maddie (Madison Lintz) together again, as in the first season. There’s a hint here of a possible rapprochement between Bosch and his wife, but this aspect is never overplayed.

Season two looks at the very blurred dividing line between the police and criminals. Ex-police suborn current officers and corrupt them. Politicians and senior police officers trade positions of power and favours as if they were playing cards. The Armenians operate as if the law doesn’t exist, bringing in women from their native country to use as prostitutes, often with the connivance of the law. And Homeland Security operates as a power unto itself, ignoring the needs of the murder investigation, much to Bosch’s disgust, in their work against terrorism.

The storyline, much like the LA setting, is a bleak hellscape of women forced into prostitution, corrupt police and politicians, and a community largely hidden under a suffocating layer of heat and crime. Bosch, for all his faults and failings, is the one genuine beacon of light holding back the darkness. He is ably assisted by his partner, Edgar, and their boss, Lieutenant Grace Billets (Amy Aquino) but it often feels like they’re the proverbial Dutch boy with his finger in the dyke. A flood is coming. 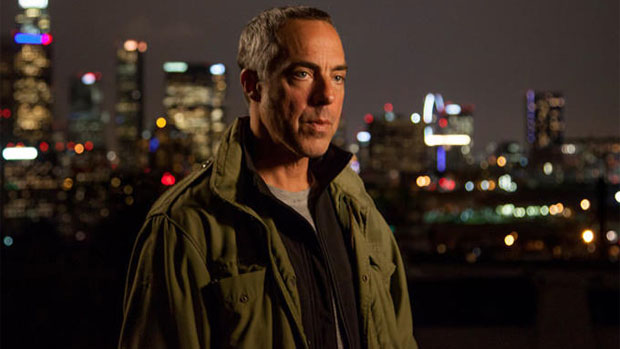 Adopting the novelistic approach allows the series writers to ensure the plot moves along without any noticeable hang time in certain episodes. A feature of serialised television is that sometimes, episodes fulfil a function as placeholder, spinning plot wheels to fill the allotted episode numbers, until the story gets back on track in the final set of episodes. Here, thanks to Connelly’s writing, and the screenwriters, there is very little that sags in seasons two. Yes, it is a slow burn, and yes, as mentioned, it is far less flashy than other current shows, but it is a deeply satisfying story that grips from start to finish. There is definitely pyrotechnics, figuratively and literally, but all in service of the plot and never so outlandish that it undermines the story.

The cast is uniformly great. The weariness of Bosch masks a rage at the cynicism and power politics around him. Carrying the burden of his murdered mother through series one and two, Bosch plays it absolutely straight, giving the material greater heft. His ex-wife Eleanor also wearily plays her role. Her marriage is on the rocks, and her working life is not as rewarding as it seems. Being with Bosch again offers her the chance to return to her roots and it will be interesting to see how her new role with Homeland Security interacts with Bosch’s in season three. The continuing development of Bosch’s daughter is also interesting to see, and is a counterpoint the fate of Deputy Chief Irvin Irving (Lance Reddick) son’s fate. Maddie is intrigued by policing, something Bosch enables by allowing her to visit his place of work and get a feel for the job. However, her kidnapping by the Armenian’s, and Bosch’s bloody rescue, might put the kybosh on her future aspirations. 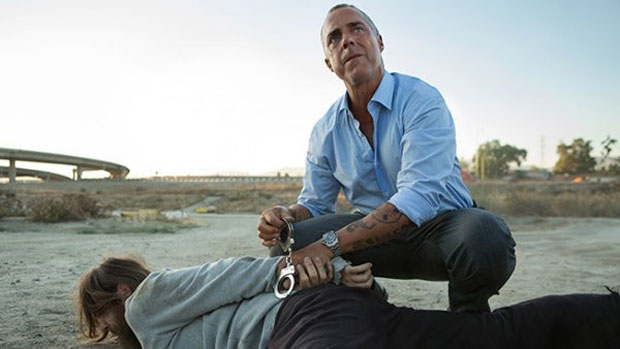 All up, Bosch season two is a superior television product. Heavily steeped in Connelly’s novels, the characters are fully formed and believable. There is a definite noir feel through the story, of the one good (but faulty) man up against powerful forces ready to crush him underfoot, fighting through to a partial victory. Interweaving a number of related storylines, the story reaches a satisfying, yet heartbreaking final scene, as Bosch comes to terms with the murder of his mother, and looks to the future in the mean streets of Los Angeles. 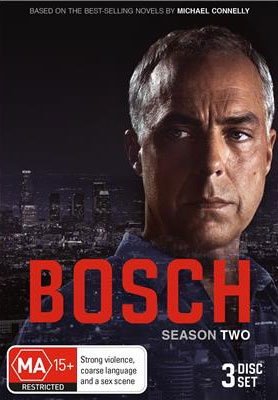